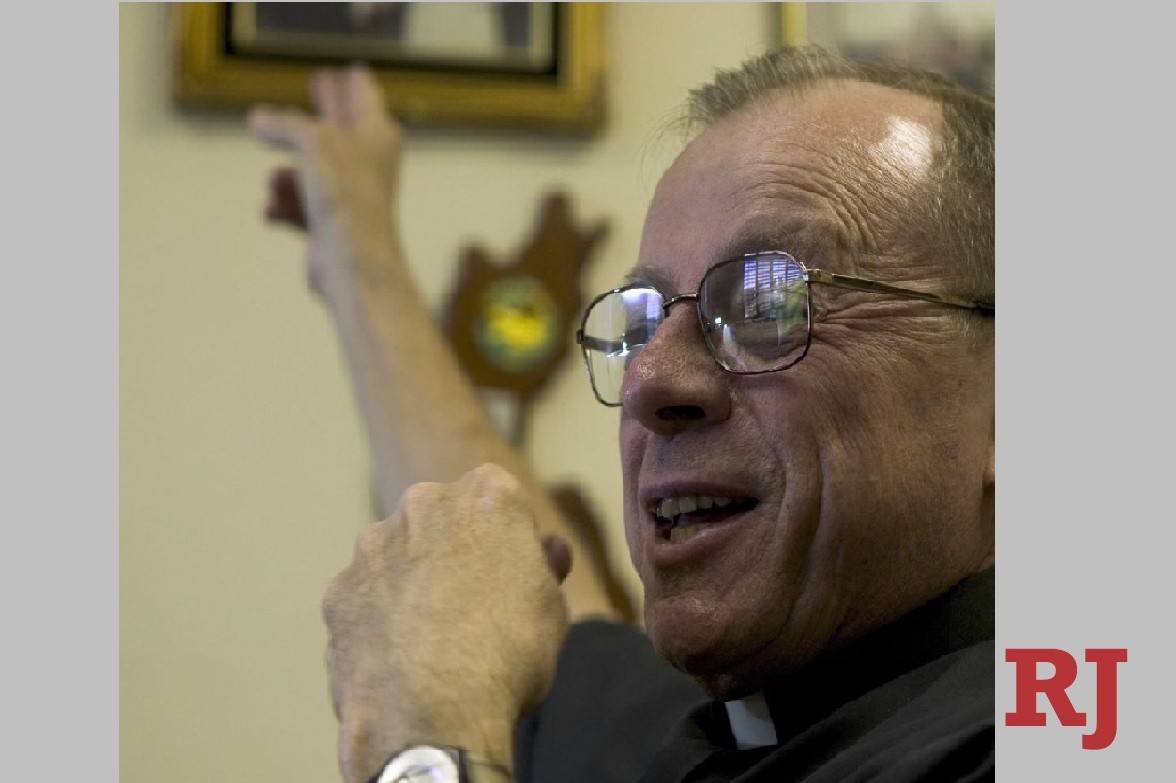 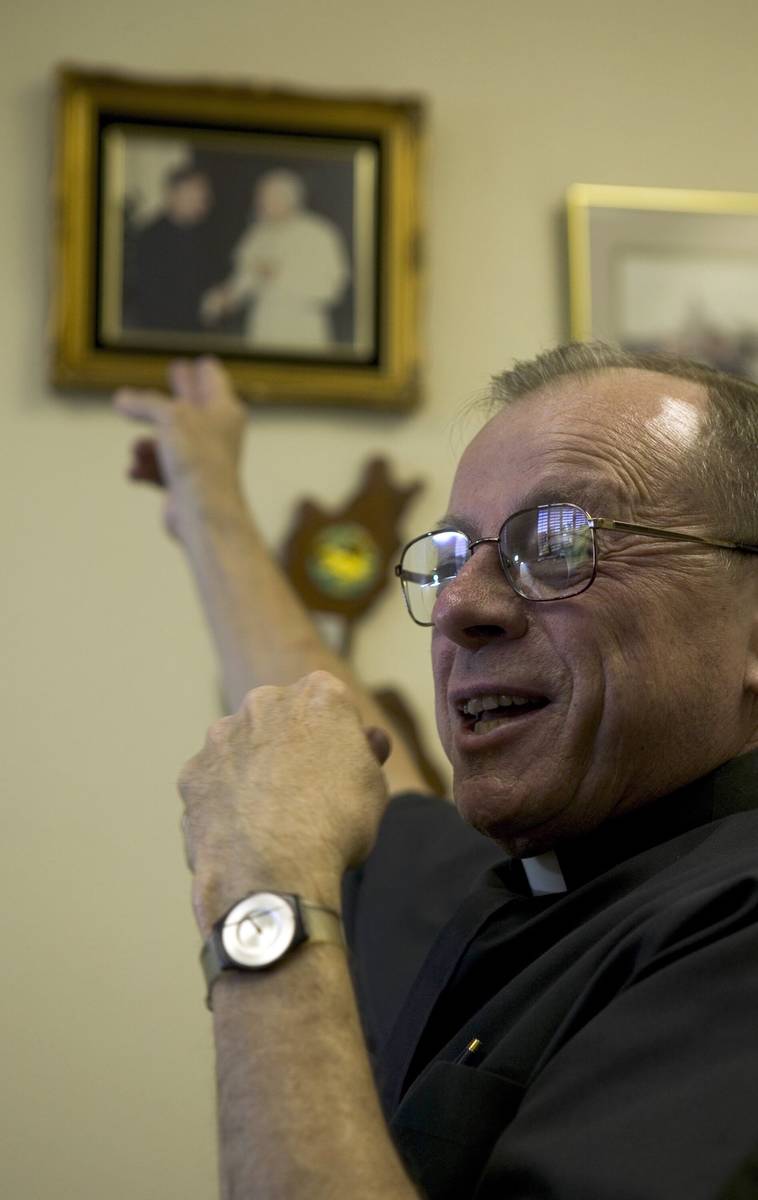 The Rev. Henry Brian Highfill of St. Christopher Catholic Church, seen in 2014, points to a photo of himself with Pope John Paul II taken in October 1985. (Las Vegas Review-Journal) 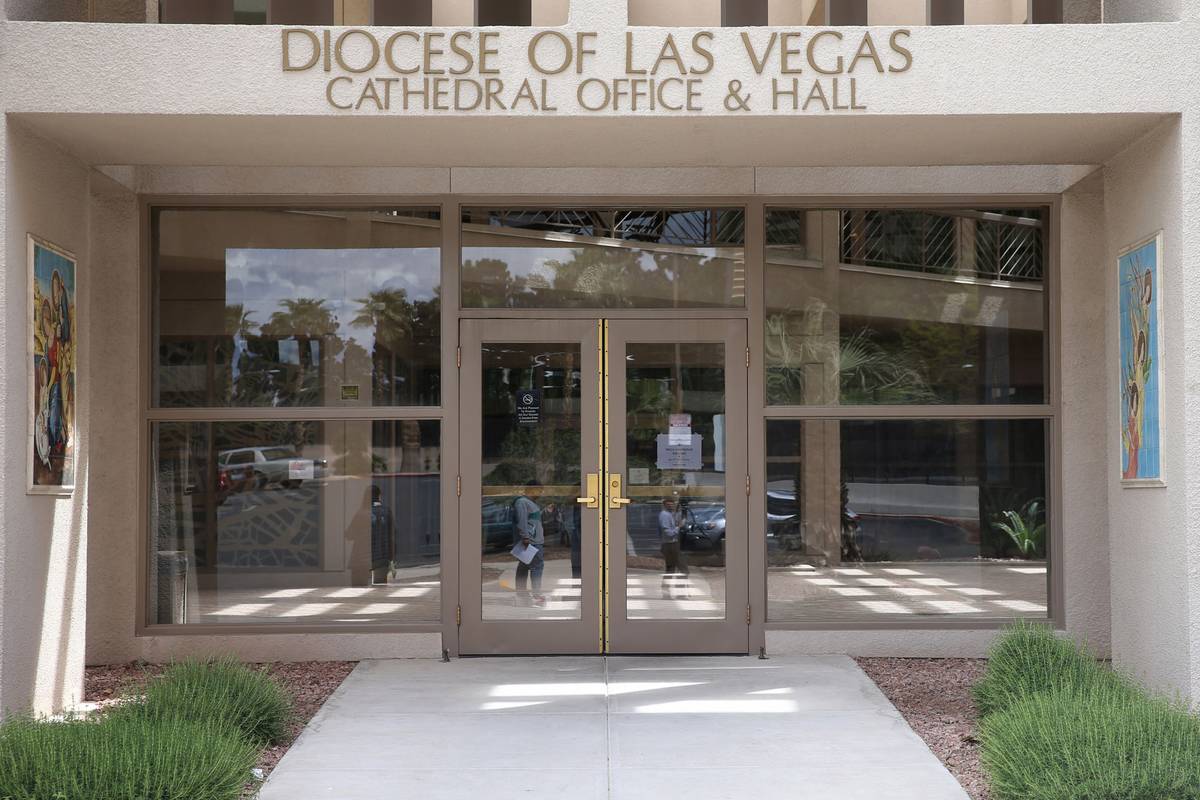 The Diocese of Las Vegas is adding the Rev. Henry Brian Highfill to its list of clergy and other diocesan-affiliated people who have been “credibly accused” of sexual abuse.

Highfill served at several parishes in the Las Vegas diocese between March 1999 and 2005. However, the diocese says no allegations have been made regarding his time here.

According to a statement on Friday, the Diocese of Las Vegas was contacted in August 2018 by someone who had “secondary information” alleging that Highfill “abused a now deceased close relative.”

The allegation involved events dating back to Highfill’s service in the Archdiocese of New Orleans, where he was ordained in May 1974, the diocese said.

The Las Vegas diocese suspended Highfill from public ministry on Aug. 28, 2018, and turned over the results of its investigation to Las Vegas police and the New Orleans archdiocese. “The estimated time of abuse was between 1975 and 1981 and to date there has been no accusation or information of any incidents in Las Vegas,” the diocese said.

The Diocese of Las Vegas’ “List of Clergy Credibly Accused of Sexual Abuse of a Minor” can be accessed through the diocese’s website (dioceseoflasvegas.org). The diocese asks that anyone with information about allegations of abuse against a diocesan clergy member contact law enforcement and call Ron Vallance, victim assistance and safe environment coordinator for the diocese, at 702-235-7723.