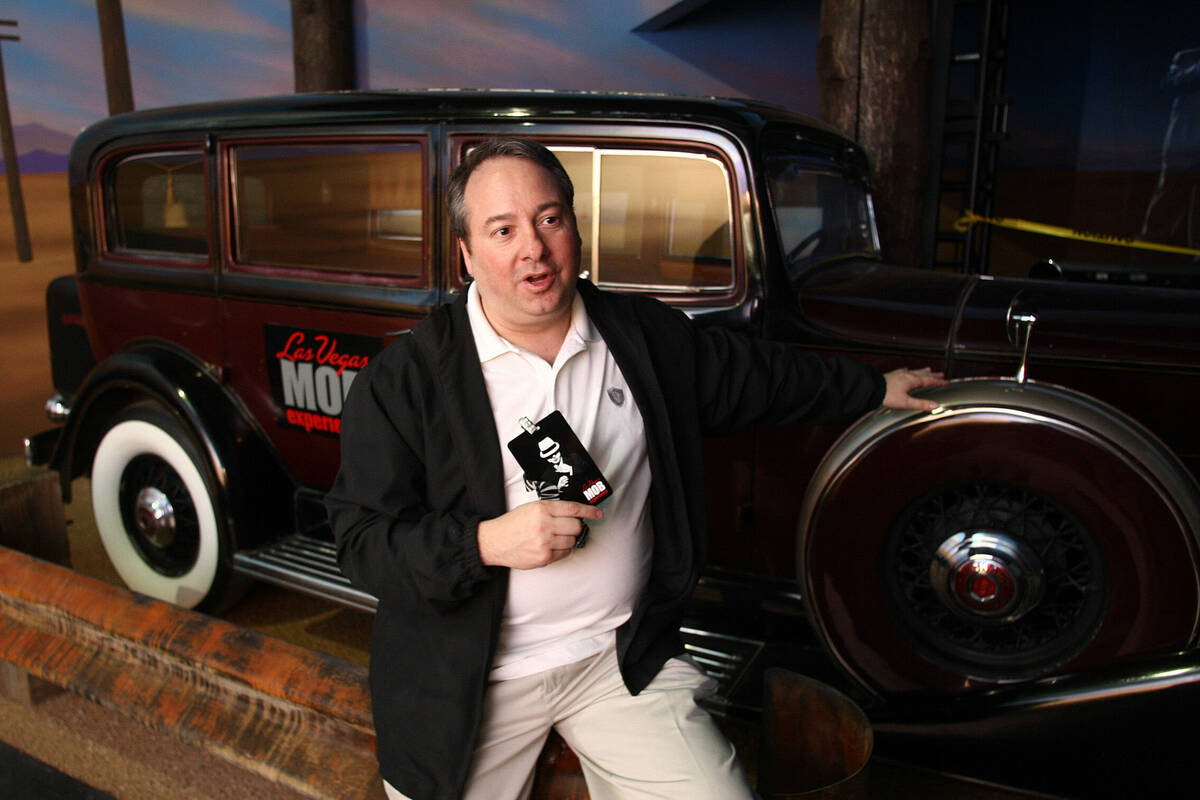 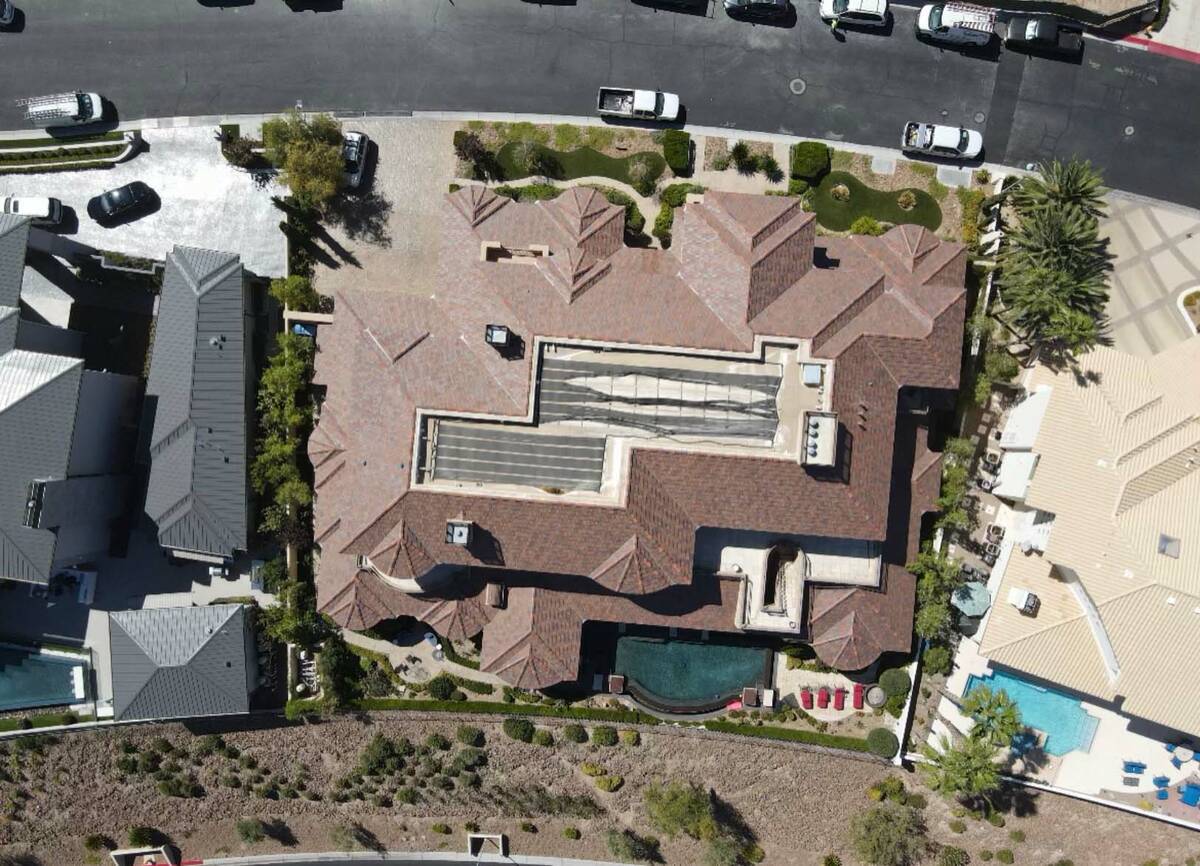 Correction: This story has been corrected to attribute some information to court and county records and to retract two quotes from attorney Michael Mushkin: an allegation that court documents showed Jay Bloom was two months behind on his home’s mortgage at the time of this story’s initial publication; and an allegation that an asset check on Bloom shows only tax liens and judgments. Additionally, the headline on this story has been changed.

Las Vegas investor and purported billionaire Jay Bloom says he expects to front $300 million to $500 million of his own capital, along with his strategic expertise, to persuade the NBA to plant an expansion team in the Nevada desert.

“I’m anticipating that I’m going to own whatever that represents,” he told the Las Vegas Review-Journal in September.

But one of the corporations under Bloom’s name, Spanish Heights Acquisition Company LLC, which owns his only known residence, a roughly $7 million Spanish Hills estate, filed for Chapter 11 bankruptcy protection this year.

That type of bankruptcy allows for corporate reorganization. Bloom called the February filing “a strategic restructure” and said, “We’re clearing out some legacy liens from the prior owner.”

Additionally, the Spanish Hills Community Association filed a lien against Bloom’s home with the Clark County recorder’s office in March 2020 over an unpaid $19,660.57 fine. The association’s filing cited “nuisances and hazardous activities” including commercial fireworks and flamethrowers and alleged that the owner bypassed neighborhood security measures and failed to notify the association of “excessive guests” at a party.

Neither lien had been released as of noon Thursday, Oct. 21.

“It’s not a matter of money,” Bloom said. “This is an out-of-control HOA board, which is not uncommon in the valley. I anticipate that this will be resolved. I’m not in the habit of paying nuisance claims,” he said.

Bankruptcy Court filings from June of this year showed the HOA fine had grown to $25,436.50.

In Spanish Heights Acquisition Company’s initial bankruptcy filing, it listed as assets a $6.2 million interest in Bloom’s home, along with $50,000 worth of furniture and $100 in a checking account.

“This is not fair to our community to have people think that this guy is a billionaire,” said Michael Mushkin, a veteran attorney at the center of litigation against Bloom since early last year.

In August, a judge appointed longtime certified public accountant Larry Bertsch as what is known as a receiver to help gather records on $7 million in debt owed by Bloom’s company, SJC Ventures, the manager of the entity that owns his home.

Bloom was pressed repeatedly for financial records, and he offered documents for a pair of entities named First 100 LLC and 1st One Hundred Holdings LLC, according to court records.

“However, the records are dated and do not provide any current information as to these entities,” Bertsch wrote in a receiver’s report filed in early September. “In fact, the latest record date is 2016, nearly five years ago. There are no records for 2018, 2019, 2020 or 2021 as required, nor recent tax returns.”

In response, attorneys for Spanish Heights Acquisition Company disputed Bertsch’s authority, calling him “non-neutral,” and appealed his finding to the Nevada Supreme Court.

The high court denied the relief on Sept. 30 but acknowledged separate appeals could go forward.

Meanwhile, on Sept. 28, a Bankruptcy Court judge denied a motion filed by Mushkin to either appoint a trustee for the Spanish Heights property or to dismiss the case.

The motion alleged that the bankruptcy case contained inaccuracies and there was a “gross mismanagement” of the property, court records show, but federal Bankruptcy Judge Natalie Cox said the motion did not meet the burden of proof.

Cox said the motion “keyed up some allegations but did not give me enough admissible factual records to put them over the goal post.”

Bloom founded the Las Vegas Mob Experience, an interactive show at the Tropicana Las Vegas that operated in 2011, but it soon went bankrupt. At the time, he promised to repay investors.

In March 2017, First 100 won a $2.2 billion judgment against a Cambodian-born billionaire named Raymond Ngan, who filed for bankruptcy four months later. Bloom moved to Spanish Hills in August of that year.

He would not say whether he received any money from the judgment.

“I’m really reticent to talk about my personal assets and net worth,” he said. “But I am capable of participating in the ownership group and buying this (NBA) team.”

In an Aug. 12 declaration as part of Spanish Heights Acquisition Company’s unsuccessful challenge to the receivership in the Nevada Supreme Court, Bloom called himself the manager of SJC Ventures, which “manages ostensibly billions of dollars in property.”

His lawyers used similar language in the challenge.

“This also goes to the emergency nature of this situation, as SJC Ventures oversees ostensibly billions of dollars in property, and the harm that will be done cannot be simply fixed,” they wrote.

Mushkin questioned repeated use of the word “ostensibly,” a synonym for “apparently.”

“You can’t ostensibly have irreparable harm,” he said. “You either have it, or you don’t.”

Meanwhile, Bloom also faces a civil fraud trial this year in the midst of a battle with the affluent central Las Vegas community where he lives.

Nan Schwartz, a board member of the Spanish Hills Community Association and 19-year resident, said Bloom has troubled neighbors since he and his family moved in to the home on Spanish Heights Drive.

Nestled between Tropicana and Hacienda avenues, the guard-gated neighborhood is among the most coveted in the valley, with dozens of multimillion-dollar homes along leafy and generally quiet streets.

“We just want to live in a peaceful neighborhood,” Schwartz said.

Other board members reached by the Review-Journal declined to comment, citing fear of litigation.

As the NBA starts its 2021-2022 season, Bloom said he has been in conversation with “several Strip properties” about collaborating on an expansion team’s arena, but he declined to name any “until we’re ready to make an announcement with them as a partner.”

In the past three months, Bloom said, he has assembled a “diverse ownership group,” including ex-UNLV star and NBA first-round draft pick Marcus Banks and motivational speaker Tony Robbins, that could help woo the NBA.

“We are set and ready to go as soon as the NBA hopefully decides that they are as well,” he said.

Attempts to reach Robbins and Banks were not successful.

In late September, the NBA was ambiguous about its plans to expand beyond 30 teams. Commissioner Adam Silver told reporters at the Finals in July that the league discussed plans for expansion during the pandemic.

“But it seemed the consensus was certainly during a pandemic that wasn’t the right time to expand,” he said, “but that we should continue to consider it.”

On Oct. 12, Silver said Las Vegas would be in contention for a new team.

“It’s on a list at the point that we do turn to expansion, which isn’t right now,” he said, “but at some point, no doubt Vegas will be on the list.”

Asked whether he planned to clear up the litigation in which he is involved before the league makes a decision, Bloom said: “I don’t anticipate that’s problematic for the NBA. … This is just cleaning up some liens that shouldn’t be there in the first place, but it’s not an indication of financial wherewithal.”