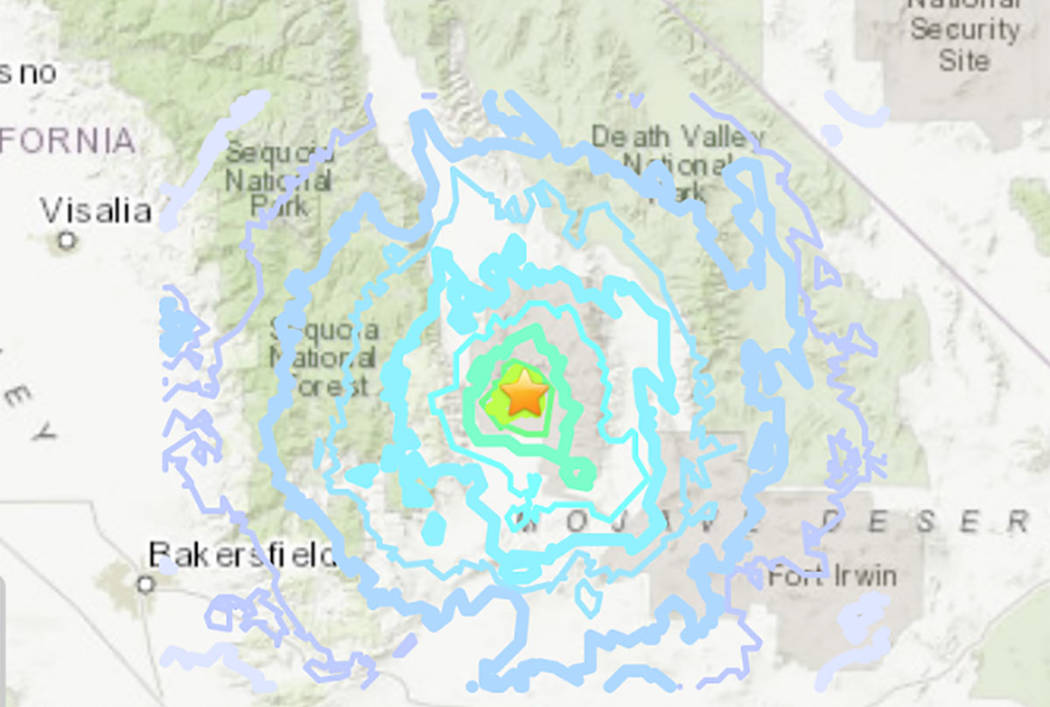 Another California earthquake shook up parts of the Las Vegas Valley on Thursday afternoon.

A 5.0 magnitude quake hit the Ridgecrest, California, area just before 2 p.m., according to U.S. Geological Survey geophysicist Julie Dutton. She said it was an aftershock of the larger earthquakes that hit the area July 4 and July 5.

There were 36 reports from the Las Vegas area on the USGS’ “Did You Feel It?” map, where users are encouraged to report when they feel an earthquake in their area. The tremors were mostly felt across Southern and Central California.

Dutton said there is no way to tell if more aftershocks will come, because officials “don’t know when the series will die out.”

Who felt this latest #earthquake in Las #Vegas? The @USGS is reporting a preliminary magnitude 5.0 with the epicenter north of #Ridgecrest, California. A number of our #ClarkCounty employees felt the rolling sensation here at our Gov't Ctr. in downtown Las #Vegas. pic.twitter.com/cCXUJJzwfT