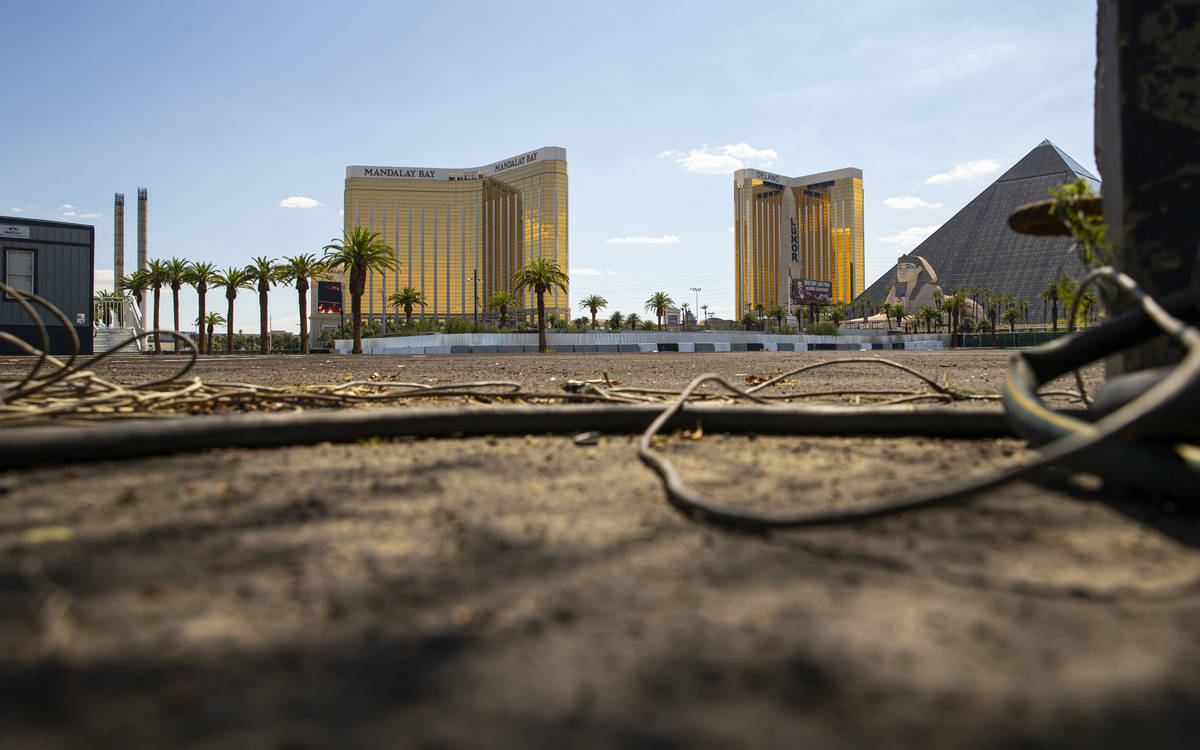 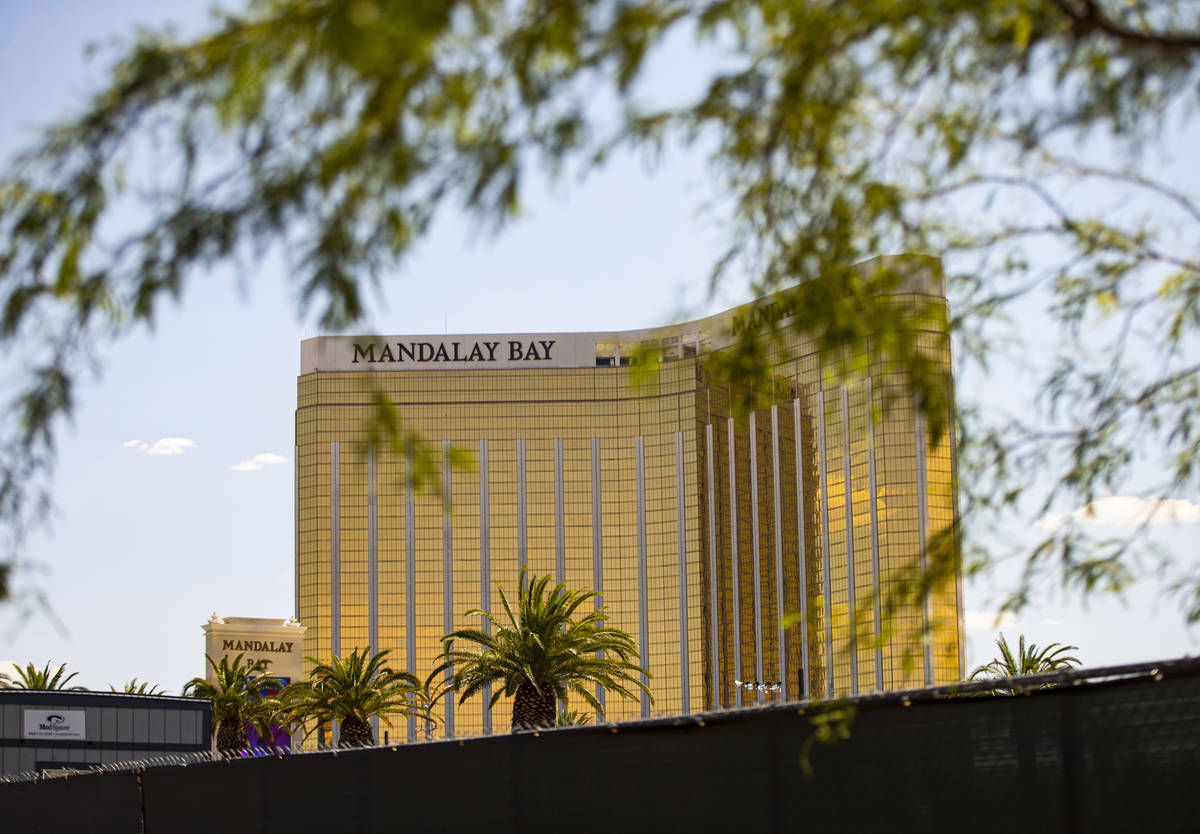 A view of Mandalay Bay as seen from some of the two acres of land, near Reno Avenue and Giles Street, that was donated by MGM Resorts for a permanent Route 91 memorial in Las Vegas as pictured on Monday, Aug. 2, 2021. (Chase Stevens/Las Vegas Review-Journal) @csstevensphoto

“They’re a part of this community. I think it demonstrates as much as anything does that their heart is where it ought to be as we work on this,” Clark County Commissioner Jim Gibson said.

The shooting unfolded on Oct. 1, 2017, when a gunman opened fire from his Mandalay Bay suite into the crowd across the street at the Route 91 Harvest music festival.

Fifty-eight people initially were killed and hundreds more were injured. Two survivors later died from injuries suffered in the shooting.

MGM Resorts, which operates Mandalay Bay, donated the northeast corner of the Las Vegas Village festival venue near Reno Avenue and Giles Street, according to Gibson, whose district includes the site of the shooting.

A sign soon will be placed at the site to inform the public of the coming memorial.

“Having a permanent memorial commemorating the victims and heroes of 1 October is vital to our community’s continued healing, and we are honored to donate a portion of the Village site to help bring that memorial to fruition,” MGM Resorts said in a statement to the Las Vegas Review-Journal. “We look forward to supporting the committee as it proceeds with planning for the memorial.”

The announcement was made during a Monday news conference held to inform the public about the launch of another planning survey seeking input about artistic and educational features for the permanent memorial.

The questionnaire, which is a follow-up to an initial survey conducted in March, will be open until Aug. 15 on the homepage of Clark County’s website.

Results of the first survey showed that a clear majority of respondents — about 65 percent — want the memorial to be built at the site of the shooting, while fewer than one in five respondents said the memorial should not be located at the festival grounds.

A total of 6,066 people participated in the first questionnaire, according to UNLV’s Cannon Survey Center, which is handling the data collection for the surveys.

Among those who said they hope to see an off-site memorial, more than one in four reported having suffered post-traumatic stress disorder as a result of the shooting or to have lost a member of their extended family or a close friend in the attack, according to the data.

The input gathered from the surveys will help guide the 1 October Memorial Committee in drafting its eventual recommendation for the permanent memorial.

The recommendation must go before the Clark County Commission for approval.

“The survey is an important step in an ongoing communitywide conversation about the best way to memorialize what occurred,” said Tennille Pereira, the committee chairwoman and director of the Vegas Strong Resiliency Center. “We will create a lasting memorial to remember, but getting the input of those affected is key to the success of this endeavor.”

Participation from anyone directly or indirectly affected by the shooting — including survivors, family members of victims and survivors, first responders and health care workers — is encouraged by the committee.