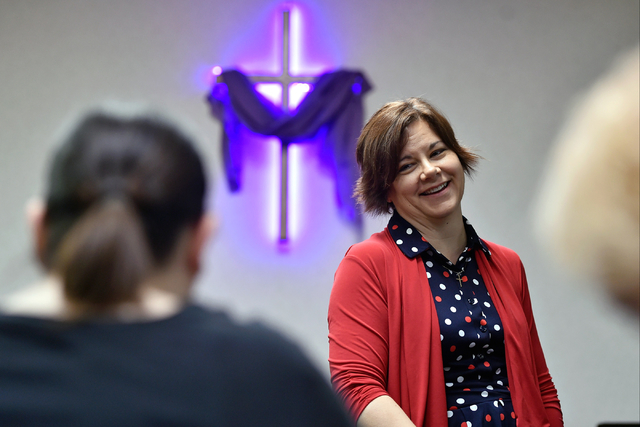 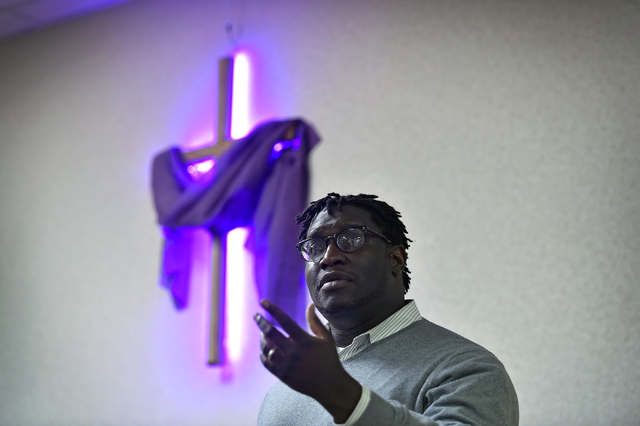 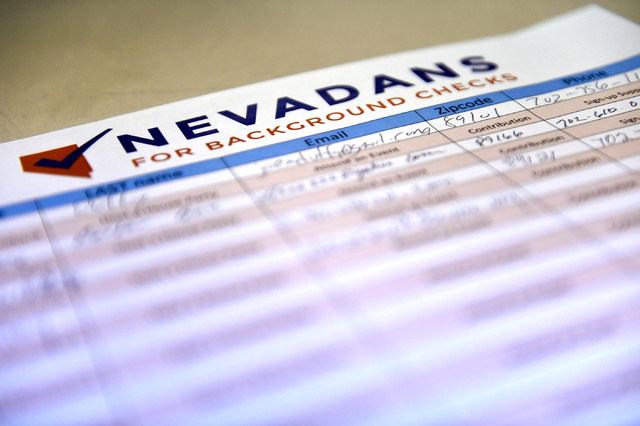 A petition for an initiative for a gun background check is displayed at the Journey United Methodist Church Monday, March 14, 2016, in Las Vegas. David Becker/Las Vegas Review-Journal Follow @davidjaybecker 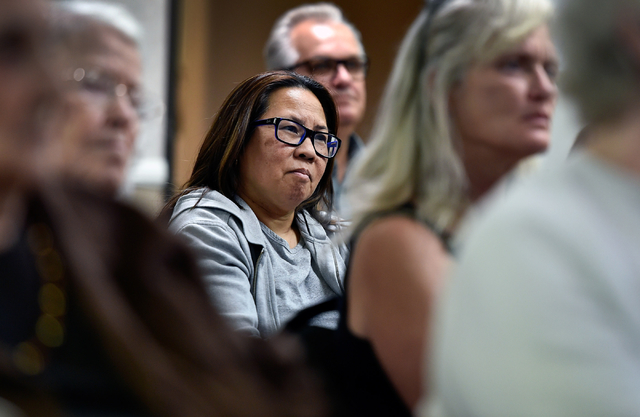 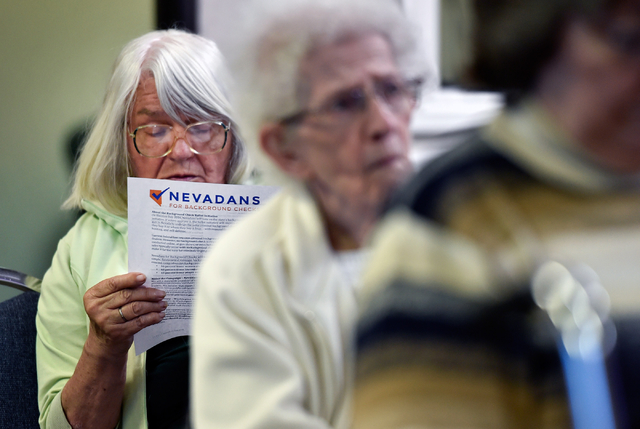 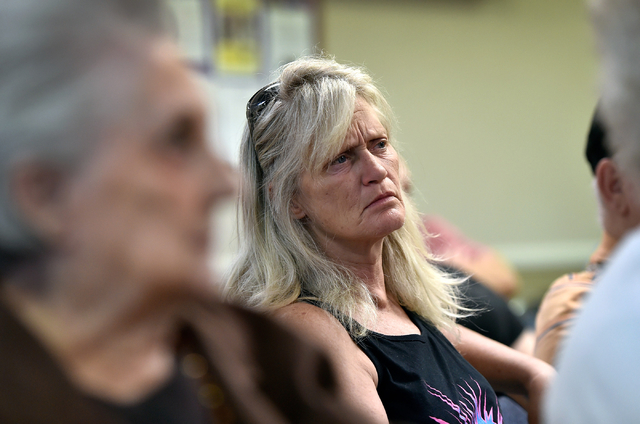 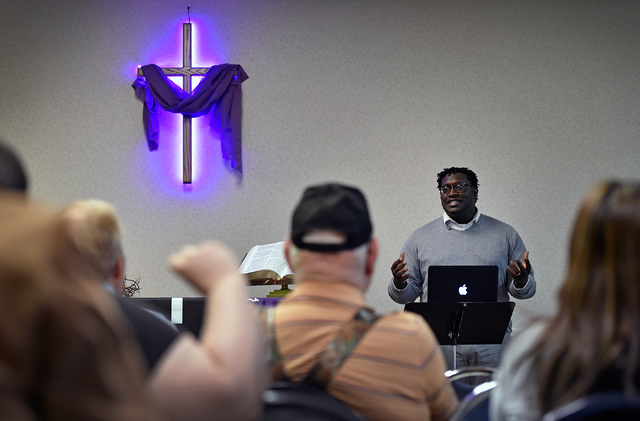 A Nevada group advocating for the passage of a ballot question that would extend firearm background checks to private party sales and some transfers is looking to a higher power.

Senior pastor the Rev. Ann Thomas opened the meeting with a short Bible study, a passage about beating swords into plowshares, and a prayer.

“It points to an image that God has put before us of ‘where is our goal,’ ” she told the 20 or so congregants at the meeting. “Jesus preached, ‘Blessed are the peacemakers.’ ”

Ender Austin III, who handles faith outreach for Nevadans for Background Checks, reached out to her in February to set up the meeting, Thomas said.

While she supports the background check initiative, Thomas said her main goal was starting an open dialogue about the issue.

“There’s so much emotion around guns and gun violence,” she told the Las Vegas Review-Journal before the event. “I have no interest in taking peoples’ legitimate, legal guns away. I’m hoping to have a civil conversation.”

Austin, a youth pastor himself, spoke to the group about an experience he had watching a gun violence tragedy unfold on the news.

“It woke something up in me for me to not only be a good dad, but make the world safer for my son,” he said. “As Christians, we have an obligation to make this a safer society.”

Congregants asked questions about whether the proposed law would stop straw purchases or whether inherited guns would have to be taken to a dealer to sell them off.

Thomas did her best to answer them, using her smartphone to look up the ballot measure language on the Nevada secretary of state’s website.

Representatives from Nevadans for Background Checks also answered questions as well as distributed pledge cards and asked for support.

The measure isn’t a perfect solution, Thomas told the congregation, but it would make a difference.

“This initiative is so small in what it’s trying to do. It shouldn’t be controversial,” she said. “This is an initiative that actually makes sense.”

Gun rights proponents have taken issue with the ballot measure, because they worry the law would criminalize some of gun owners’ most common behaviors.

The National Rifle Association has said that universal background checks wouldn’t do anything to stop the high-profile examples of multiple-victim shootings.

Sharing guns with friends while target shooting in the desert may become a criminal act under Nevada’s proposed law, opponents say. The initiative makes exceptions for temporary transfers only in established shooting ranges, at competitions or performances, within a family, and in legal hunting areas with permits.

National Rifle Association spokeswoman Catherine Mortensen said her group has never known organizations such as Nevadans for Background Checks and Everytown for Gun Safety to campaign in churches.

“It’s unfortunate that this Bloomberg-backed group is going into houses of worship attempting to mislead good people about a bad initiative that could criminalize the everyday activities of the state’s law-abiding gun owners,” she said.

Austin said he is eager to share his group’s message with any church group and already has meetings planned. 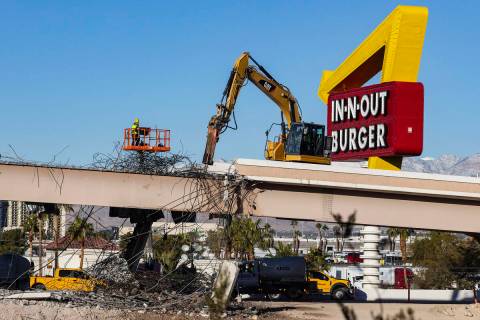