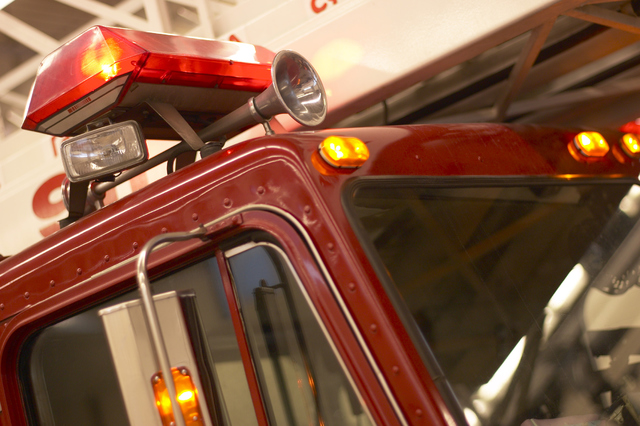 A three-alarm fire Saturday night at a central valley strip mall caused an estimated $1 million in damages but no injuries, the Las Vegas Fire Department said.

In a statement, the Fire Department said that at about 11:45 p.m. Saturday, multiple 911 callers reported a fire at the Asian Culture Center at 928 S. Valley View Blvd. near West Charleston Boulevard. Arriving firefighters could see flames reaching the building’s roof.

The culture center is attached to a strip mall and the fire moved through the building’s attic into the neighboring businesses, the Fire Department said.

Seventy-three firefighters came to the scene and needed about 45 minutes to control the fire, the Fire Department said.

The estimated damage figure for the fire may change as the investigation progresses, the department said. The Asian Culture Center was extensively damaged and may be destroyed.

The fire’s cause is under investigation.

The culture center, which offered classes and forums for the Las Vegas’ Asian American and Pacific Islander community, opened two months ago.