O.J. Simpson settles with The Cosmo, funds go to Goldman 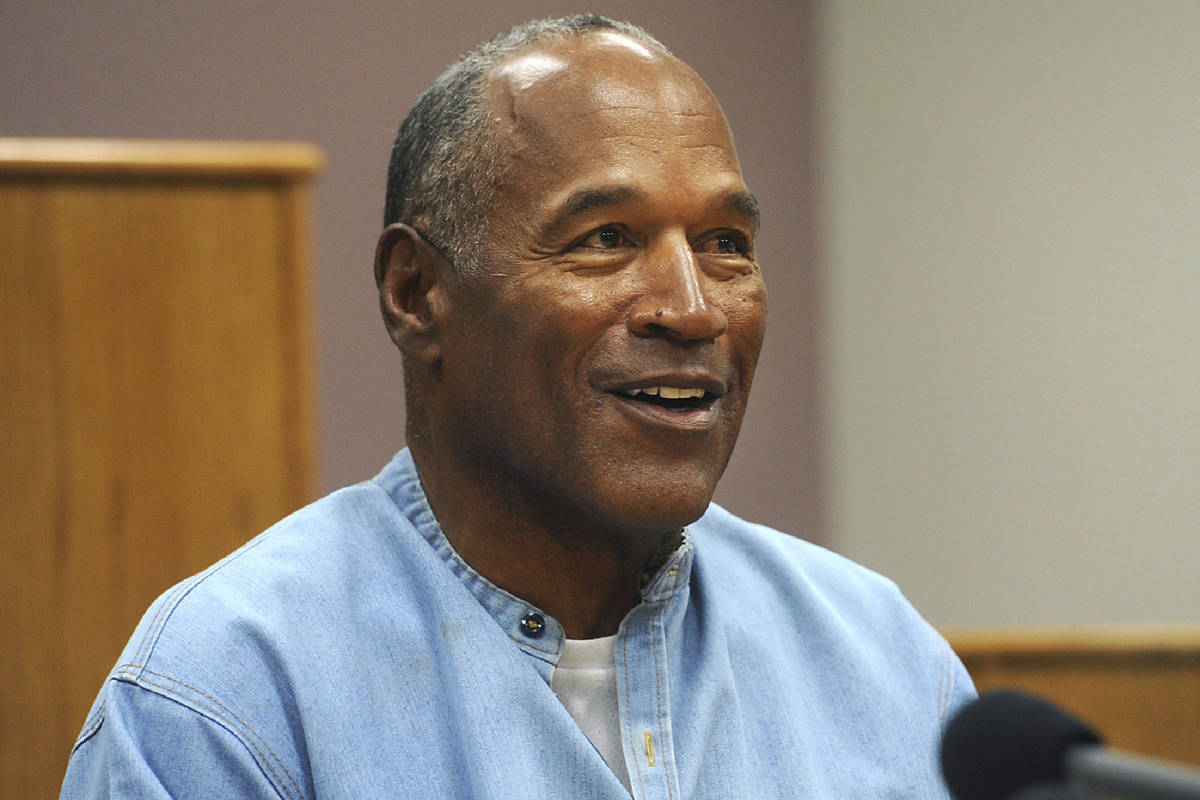 Simpson reached a settlement with the casino in April over a defamation lawsuit he filed in 2019.

The complaint alleged that Simpson was defamed by the company’s employees when the tabloid news site TMZ reported that the infamous former football star “was drunk and became disruptive” at the hotel-casino’s Clique bar on Nov. 8, 2017.

TMZ was not a defendant in the lawsuit.

“The alleged reports that are circulating are inaccurate,” The Cosmopolitan said in a statement in November 2017, adding that it did not comment on patron information.

The settlement amount is not public, but court documents show that Simpson was seeking at least $30,000. On June 3, Clark County District Judge Veronica Barisich ordered that “the proceeds of Simpson’s rights of action shall be immediately turned over to Goldman’s counsel, Larson A. Welsh, Esq.”

Even though Simpson was acquitted in a highly publicized trial, a civil jury found him liable and awarded more than $33 million in damages to the victims’ families.

It remains largely unpaid because federal law protects Simpson’s monthly pension from the NFL from creditors.

Simpson was released from Lovelock Correctional Center in Northern Nevada in 2017 after serving nine years for armed robbery, in what he said was an attempt to get back some of his football memorabilia at Palace Station.

He now lives in Las Vegas.