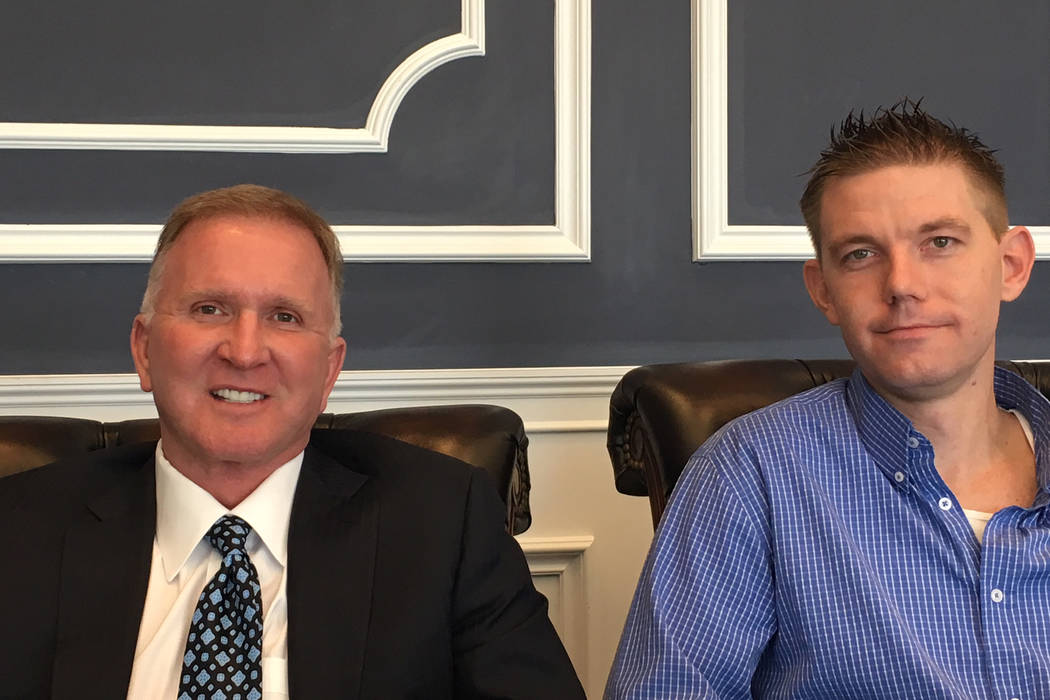 Jeremy Damery was two days from starting firefighter-paramedic classes, another step closer to his dream, when a Las Vegas Pizza Hut driver slammed into his motorcycle, nearly killing him.

Within an hour of the wreck, the giant restaurant chain sent accident reconstructionists, known as a “rapid response team,” to the scene in an effort to manipulate evidence in the company’s favor, said Damery’s lawyer, Robert Eglet.

And for more than eight years, Pizza Hut and its longtime driver, Todd McGrath, denied any wrongdoing. But late Tuesday afternoon, in the midst of a second trial over Damery’s lawsuit, the chain agreed to pay the 33-year-old Bonanza High School graduate $9 million.

“I’ve never quite seen a company be this brazen and callous and vindictive about how they approached this litigation,” Eglet said Wednesday. “It’s unbelievable to me.”

Neither officials with Pizza Hut, nor attorneys who represented the company in the lawsuit, could be reached for comment.

Eglet argued that the driver had to hurry back to the store because of a company policy that requires drivers to return 20 minutes after delivery.

Damery spent days paralyzed and months hospitalized, undergoing surgeries to save his life, struggling through rehabilitation on his mangled body, and incurring more than $1.3 million in medical expenses. Both his lungs had collapsed, he suffered an “open book” pelvic fracture, and his arms and legs had shattered like stems of wine glasses.

Doctors predicted he would need treatment for decades.

The lawsuit first went before a jury in 2012, but a judge declared a mistrial after a clerk mistakenly sent documents to jurors that they were not supposed to see.

At one point, as the litigation worked through the legal system, Pizza Hut offered Damery a $250,000 settlement, which Eglet said was less than what the company spent on its reconstruction team after the crash.

As he began to recover, Damery swept floors, sold items he repaired by hand, and held garage sales to make ends meet, he said.

“Because I felt like I was being strung along by Pizza Hut the whole time, I was just unsure financially what my life would be,” he said Wednesday during an interview at the Eglet Prince law firm. “I never really set any expectations because I didn’t want to dream about something and not be able to obtain it. I guess the sky is the limit now.”