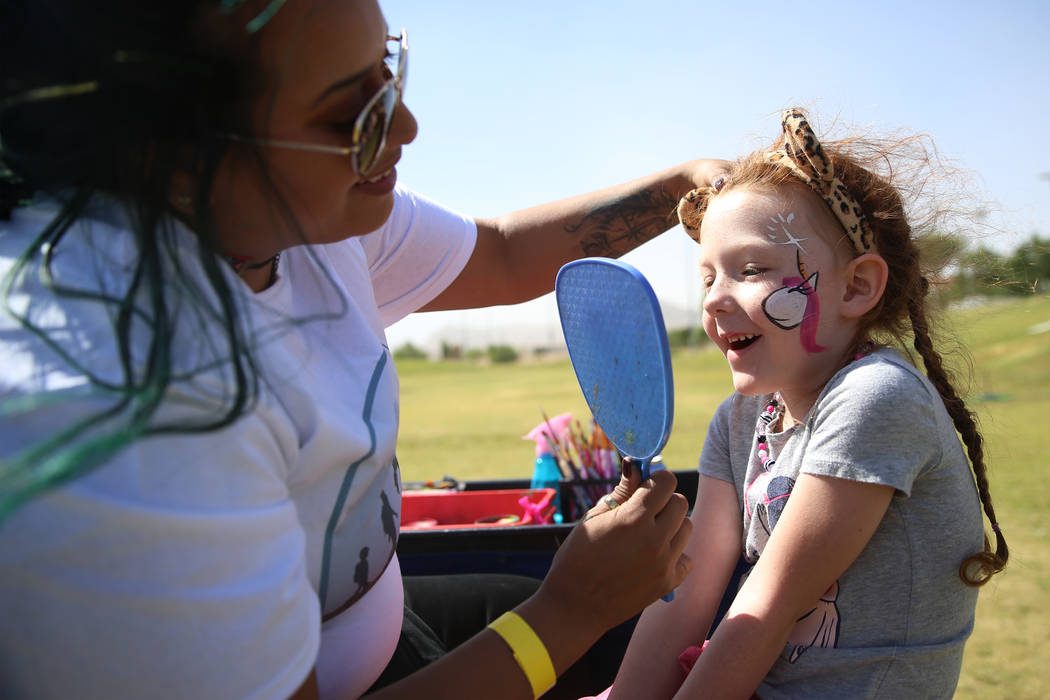 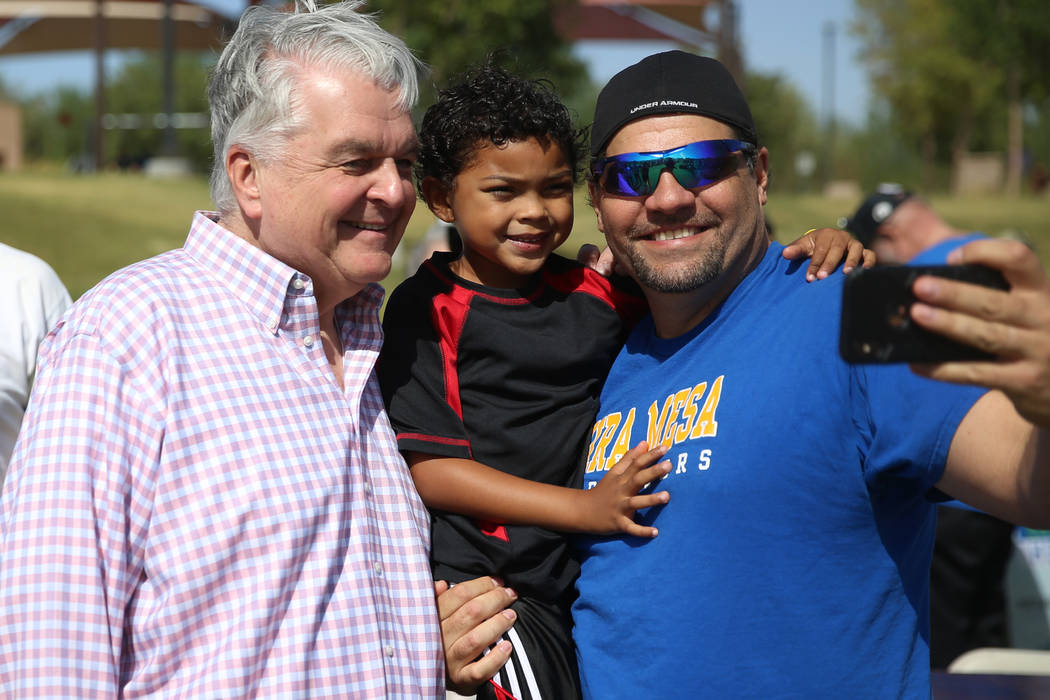 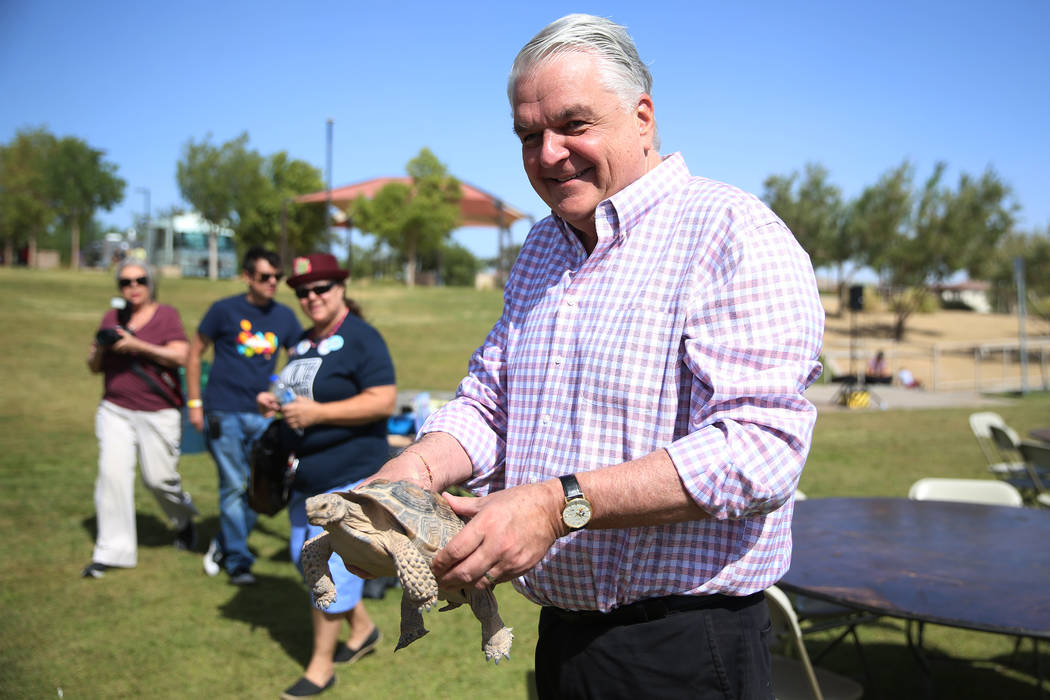 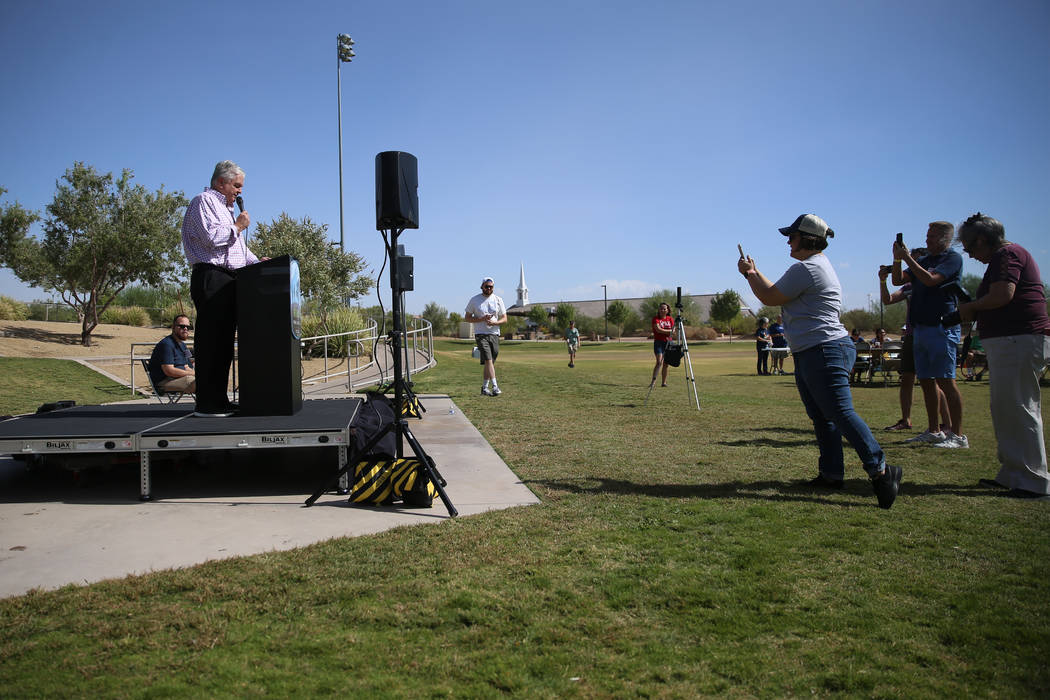 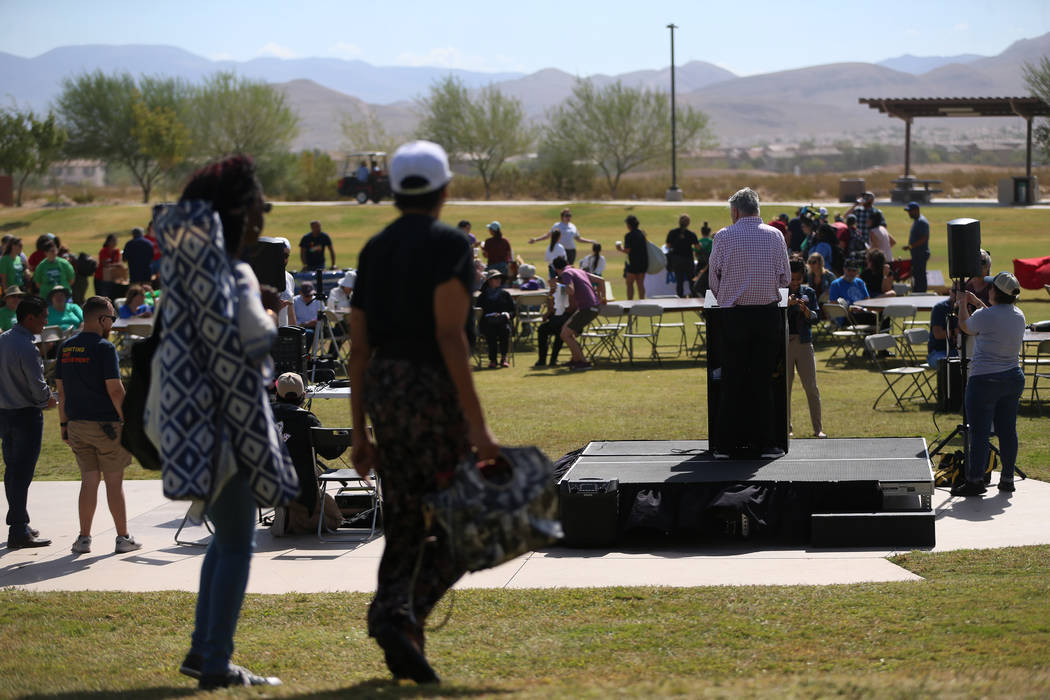 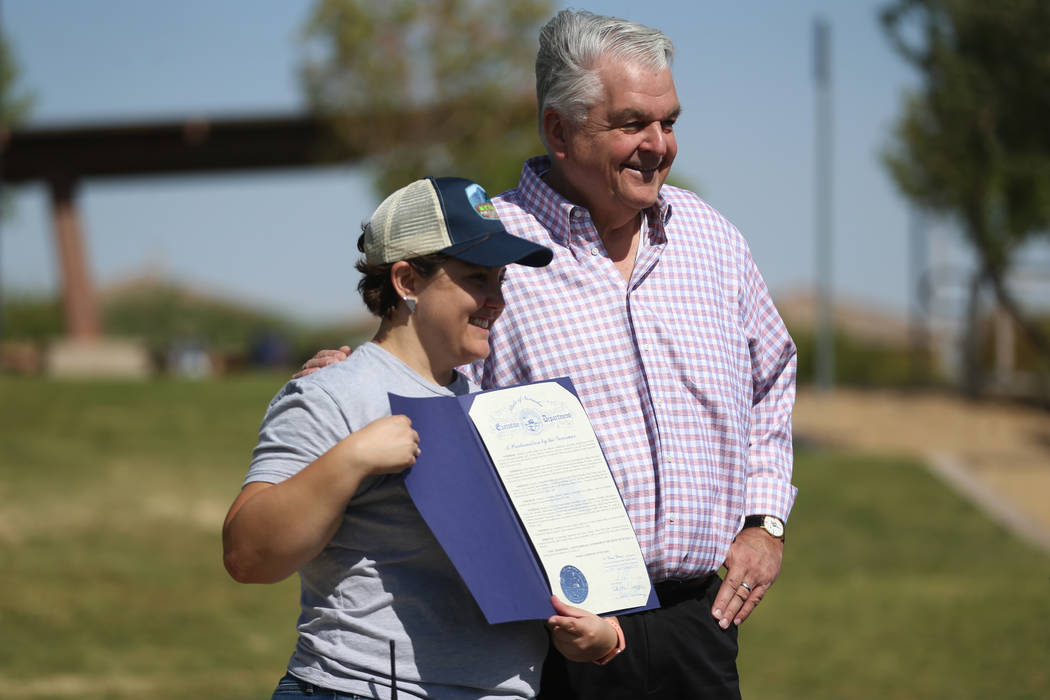 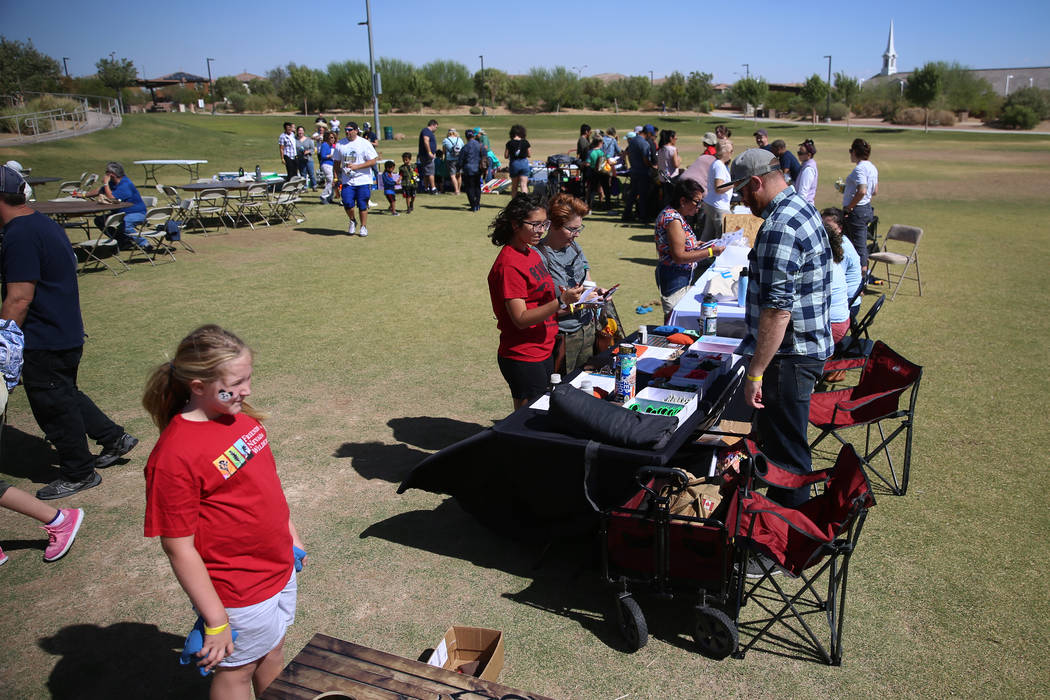 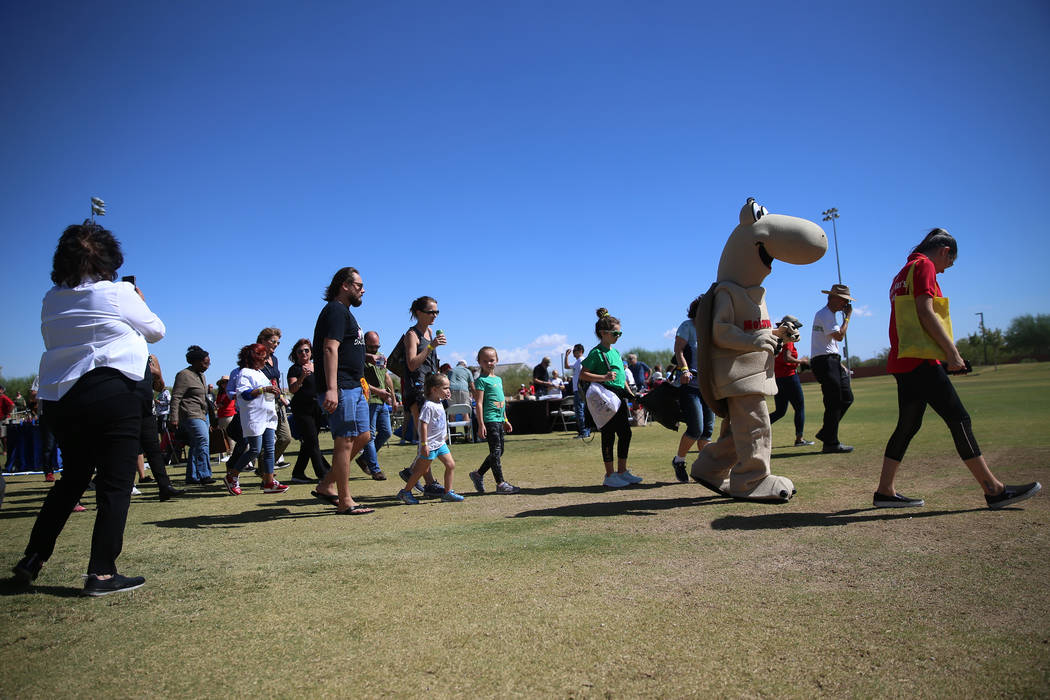 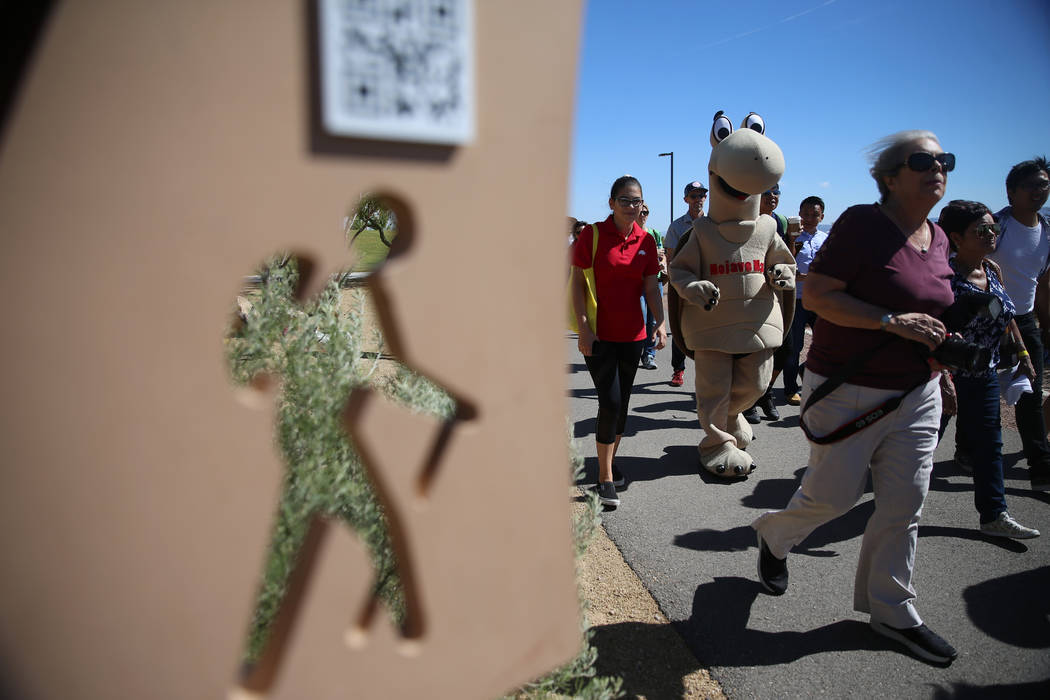 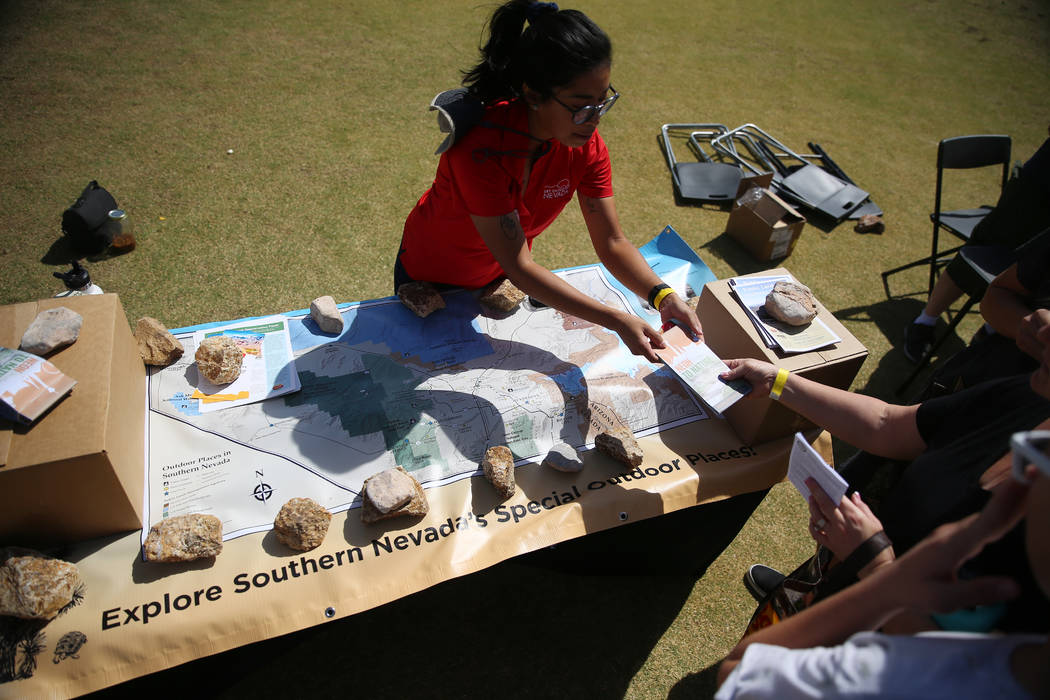 Politicians, volunteers, families and tortoises gathered at Mountain’s Edge Regional Park in the southwestern Las Vegas Valley on Saturday morning for a celebration of Public Lands Day, a national event since 1994 that was recognized by the Nevada Legislature in 2017.

Rep. Dina Titus opened the event by thanking the various groups assembled by the Institute for a Progressive Nevada to celebrate the event.

“Now it’s more important than ever we organize to fight back,” Titus said, adding that regulations designed to protect public lands are under siege by the Trump administration.

Public Lands Day is the “nation’s largest single-day volunteer effort,” according to the National Park Service website, and “encourages the use of open space for education, recreation and health benefits.”

Gov. Steve Sisolak issued a state proclamation marking the occasion. He noted that Mountain’s Edge is on Southern Paiute ancestral land and that the government must do its part to preserve such spaces.

Sisolak said there were 3.6 million visitors to Nevada state parks in 2018, which sustained more than 87,000 jobs. He said his administration and the Legislature allocated an additional $217 million for public lands over the next 10 years, but more work must be done to combat climate change in order to truly preserve public lands.

Lt. Gov. Kate Marshall told the crowd the administration would continue to “focus on conservation and stewardship.”

U.S. Rep. Susie Lee, D-Nev., spoke briefly before leading about 50 of the attendees on a nature walk through the park.

“We are blessed with incredible public lands — from Red Rock, to Sloan Canyon, to Spirit Mountain,” Lee said. “They encapsulate our history, our vitality, our health and our happiness.”

Heavy winds battered the event, but volunteers and families made the best of it. Those staffing informational booths for the American Civil Liberties Union, the Nevada Conservation League and the 2020 census used rocks or other heavy items to keep their flyers from blanketing the park.

Children played games or posed for photos with the event’s two “tortoises”: Mojave Max, the Clark County Desert Conservation Program’s mascot, and Joe, an actual tortoise whom Sisolak thanked for his friendship prior to issuing his proclamation.