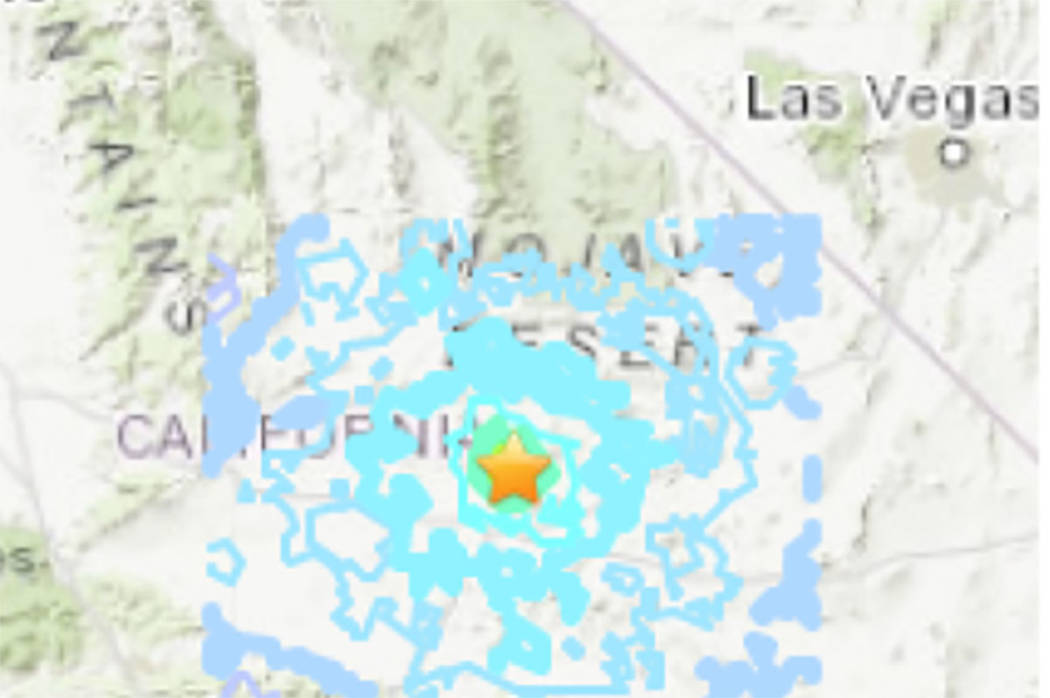 An earthquake struck near Barstow, California, on Friday evening, according to the National Weather Service.

A 4.6 magnitude earthquake struck at about 7:05 p.m. in an area about 14 miles northeast of Barstow on Friday, according to a tweet from the National Weather Service. Barstow is about 200 miles southwest of Las Vegas.

As of about 9 p.m., there were more than 140 reports from the Las Vegas Valley on the U.S. Geological Survey’s “Did You Feel It?” map, where users can report when they feel an earthquake in their area.

The earthquake was reported at a depth of about 2.3 miles, according to the USGS.

We felt it in our swaying building downtown. https://t.co/kvlEsvoZ1m

The USGS also recorded a 2.9 magnitude earthquake in the same area near Barstow about 7:10 p.m., according to the agency’s website.

The National Weather Service tweeted about a “very small” earthquake with a magnitude of 1.3 felt Friday evening about 12 miles northeast of Moapa. According to data from the Nevada Seismological Laboratory in Reno, that agency can record up to 10 preliminary reports of earthquakes in Nevada every day, and most are less than magnitude 2.

Whoa! Another one. Very small though. 10 miles west of Mesquite. https://t.co/f5rpfSzNTj

Earthquakes in the Mojave Desert area have been felt in the Las Vegas Valley as recently as August. A 5.0 magnitude quake hit the Ridgecrest, California, area and was felt in the valley on Aug. 5.

Here is what your reports look like after they are plotted on a map by intensity. Very cool . pic.twitter.com/qn30aSZzGw