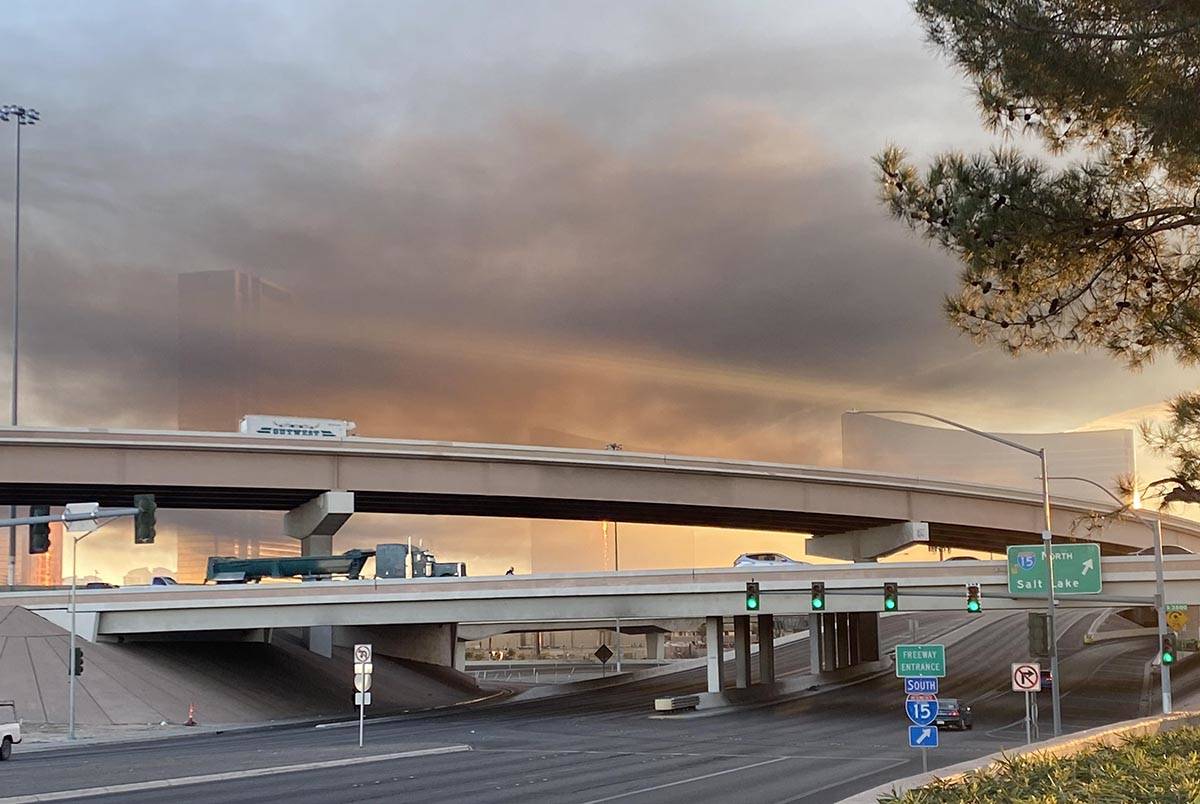 A brush fire along railroad tracks adjacent to Interstate 15 sent a large cloud of black smoke into the air in central Las Vegas early Tuesday.

Commuters were briefly stopped on I-15 as Clark County firefighters worked to get to an area that had limited access, said Deputy Fire Chief Warren Whitney in an email.

The Nevada Highway Patrol shut down I-15 traffic starting about 6:15 a.m. while Union Pacific held any trains as firefighters worked to get access and knock down the fire about 6:35 a.m., Whitney said.