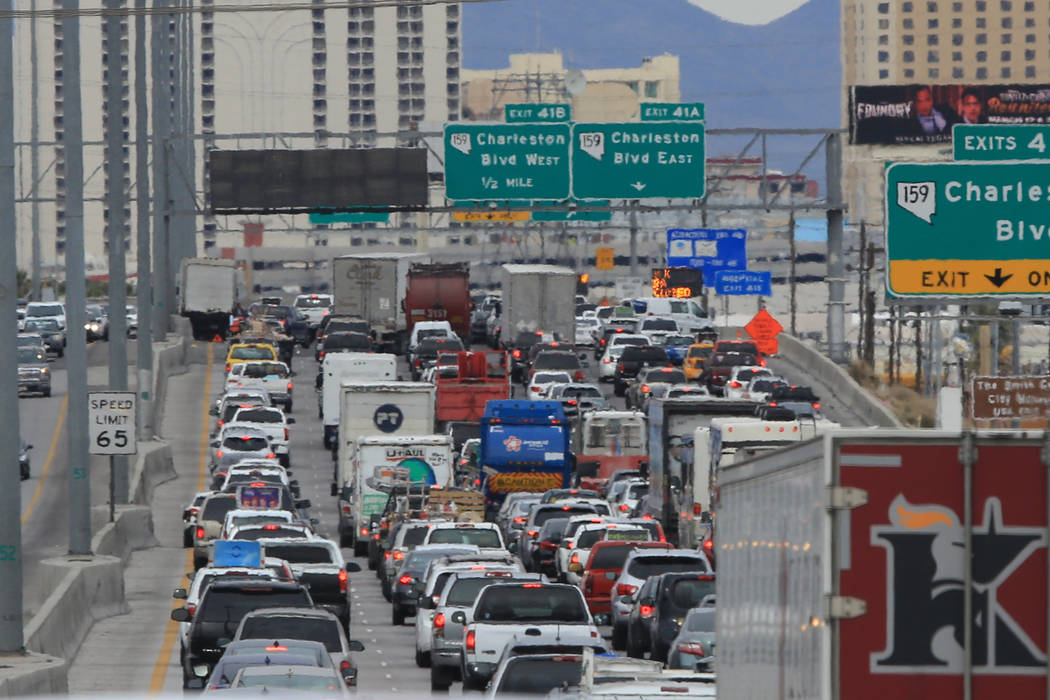 Parts of Arizona, Utah and Southern California are more closely tied to Las Vegas than Reno and other parts of Northern Nevada, according to a study that examined areas with infrastructure and economic ties between regions across the United States.

Clark County was among 50 areas listed in the study, “From Commutes to Megaregions: A New Economic Geography of the United States,” released last year by researchers from Dartmouth College and the University of Sheffield.

The aim, authors said, was to illustrate how some areas have stronger ties based on labor markets rather than traditional political boundaries.

“By looking at the ways in which these places are tied together through commuter flows, we get a better sense of how regions are tied together in patterns of economic integration and interdependence,” said Garrett Nelson, a historical geographer at Dartmouth College and a co-author of the study.

An estimated 104,263 commuters work in Clark County, about 96.8 percent of whom come from within it, according to the study, which used census tract information from 2006 to 2010. Researchers found that another 2,430 commuters, or 2.3 percent, come from Mohave County, Arizona.

Rounding out the list, 720 commuters come from Nye County; 135 from San Bernardino County, California; 45 from Iron County, Utah; 20 from Washington County, Utah; and 15 from Lincoln County.

Researchers also found that a handful of Clark County residents leave the area for work, including 10 commuters who drive into San Bernardino County.

“We can see that there’s a geographic unit which extends from St. George, Utah, through Las Vegas and all the way down to Lake Havasu City,” Nelson said. “Meanwhile, the Reno area makes up its own independent economic unit, with only limited connections to the Las Vegas area.”

Researchers said that local governments can use the information to map out road projects. Projections show that by 2025, roughly 2.7 million residents are expected to live in Clark County. That’s in addition to the estimated 53.1 million annual tourist visitors to Las Vegas.

To prepare, the Nevada Department of Transportation and the Regional Transportation Commission of Southern Nevada are updating plans for freeway improvements, new roads and possibly a light rail line between McCarran International Airport and downtown Las Vegas.