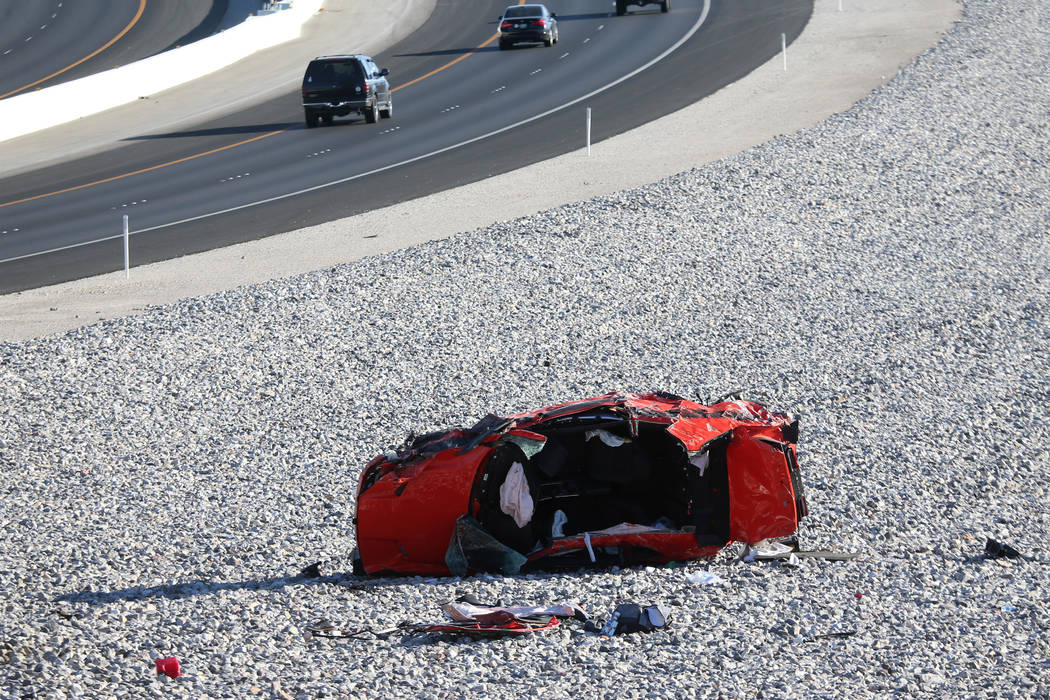 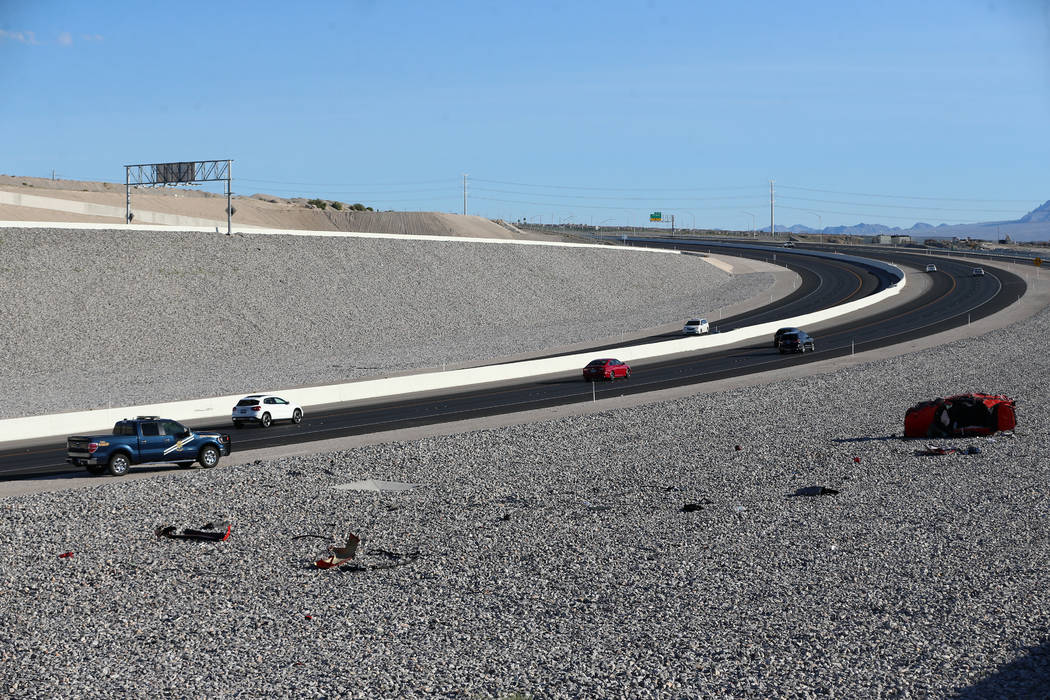 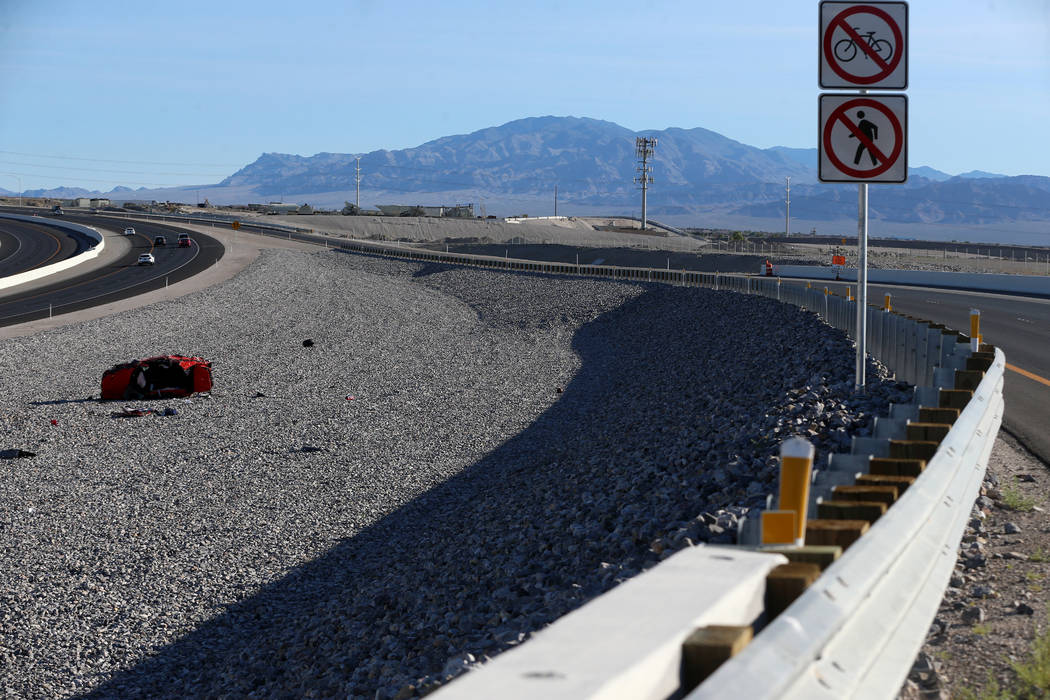 A man who died Saturday morning after his muscle car veered off a highway in northwest Las Vegas has been identified by the Clark County coroner’s office.

About 6 a.m. Saturday, 28-year-old Ronnie Allmond Jr. was heading north on the 215 Beltway in his red Dodge when he veered off the freeway near the Lone Mountain Road exit, striking a concrete bridge before the car landed on its side in a rock embankment, according to the Nevada Highway Patrol.

Allmond was flown to University Medical Center but was pronounced dead of multiple blunt force injuries just before 8:30 a.m. The coroner’s office has ruled his death an accident.

No one else was in the car with Allmond. The Highway Patrol said it is not immediately clear whether drug or alcohol impairment or speeding contributed to the crash.