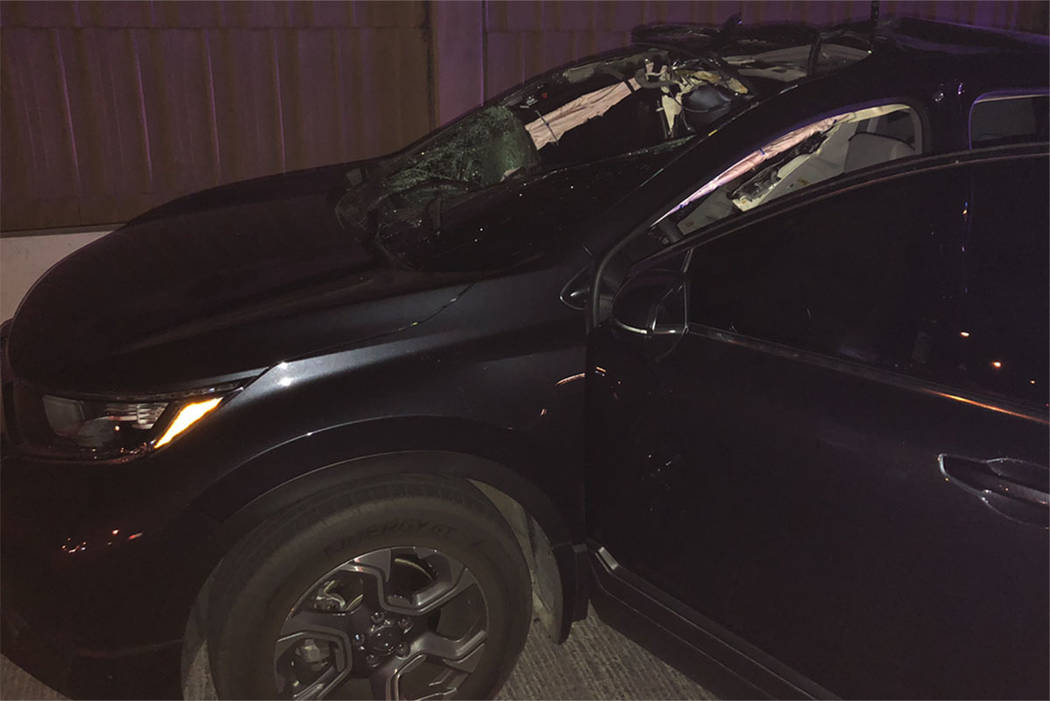 The scene of a fatal crash on U.S. 95 northbound (north of the Charleston Blvd onramp) in Las Vegas on Saturday night. (Nevada Highway Patrol) 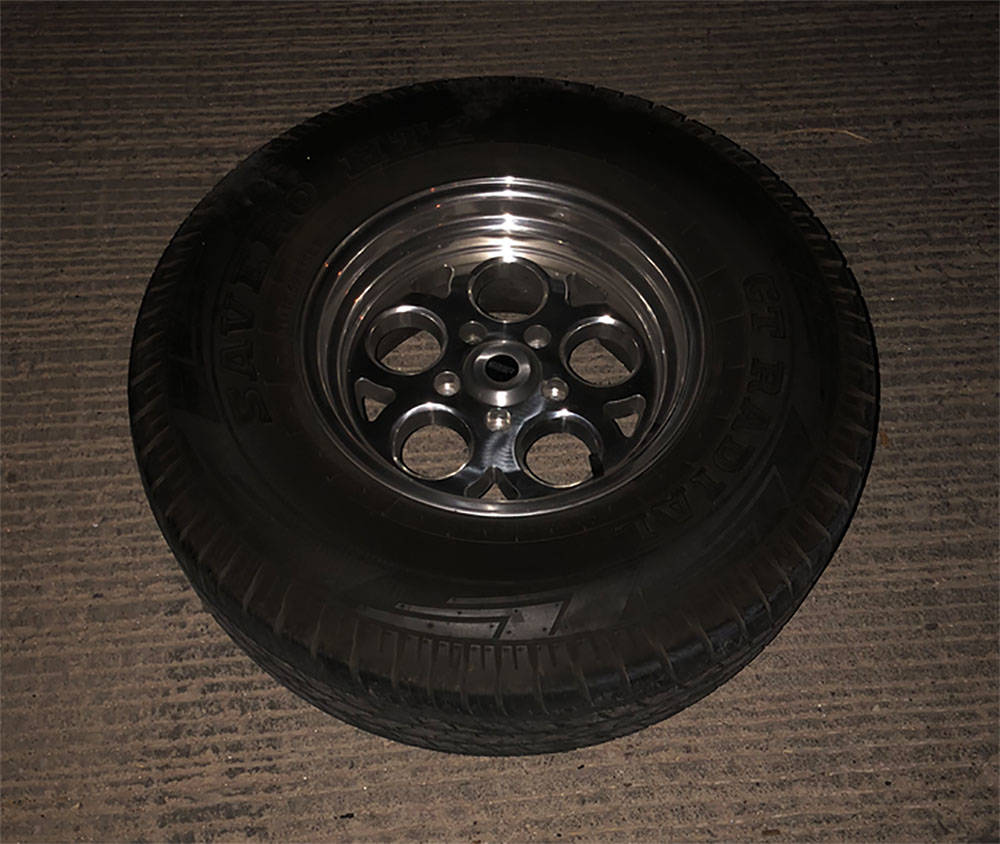 The scene of a fatal crash on U.S. 95 northbound (north of the Charleston Blvd onramp) in Las Vegas on Saturday night. (Nevada Highway Patrol)

The Clark County coroner’s office on Monday identified the two people who were killed Saturday night when a tire fell off another vehicle and hit their car on U.S. Highway 95 in the central Las Vegas Valley.

Daniella Suarez, 24, and Julian Castillo, 15, were traveling northbound on the highway near the Charleston Boulevard onramp about 7:40 p.m. in a gray Honda CRV when the accident occurred, Nevada Highway Patrol spokesman Travis Smaka said.

A red Chevrolet Tahoe was traveling south lost its left rear tire, which entered the northbound lanes and struck the windshield of the Honda, causing part of the roof to collapse.

Castillo, a rear-seat passenger, and Suarez, a front-seat passenger, died at University Medical Center, the coroners office said. The driver was hospitalized as a precaution.

On Monday, Faith Lutheran Middle and High School posted to Twitter in remembrance of Castillo, who was a freshman at the school. The school identified Suarez as Castillo’s cousin.

Julian Castillo was a wonderful student and friend. Our deepest prayers go to the Castillo Family during this time. pic.twitter.com/mffDfpqHJT

“Please pray for all of Julian’s extended family and friends as they mourn this heavy loss,” the tweet read. “We can be confident that he is now resting in his Heavenly Father’s arms.”