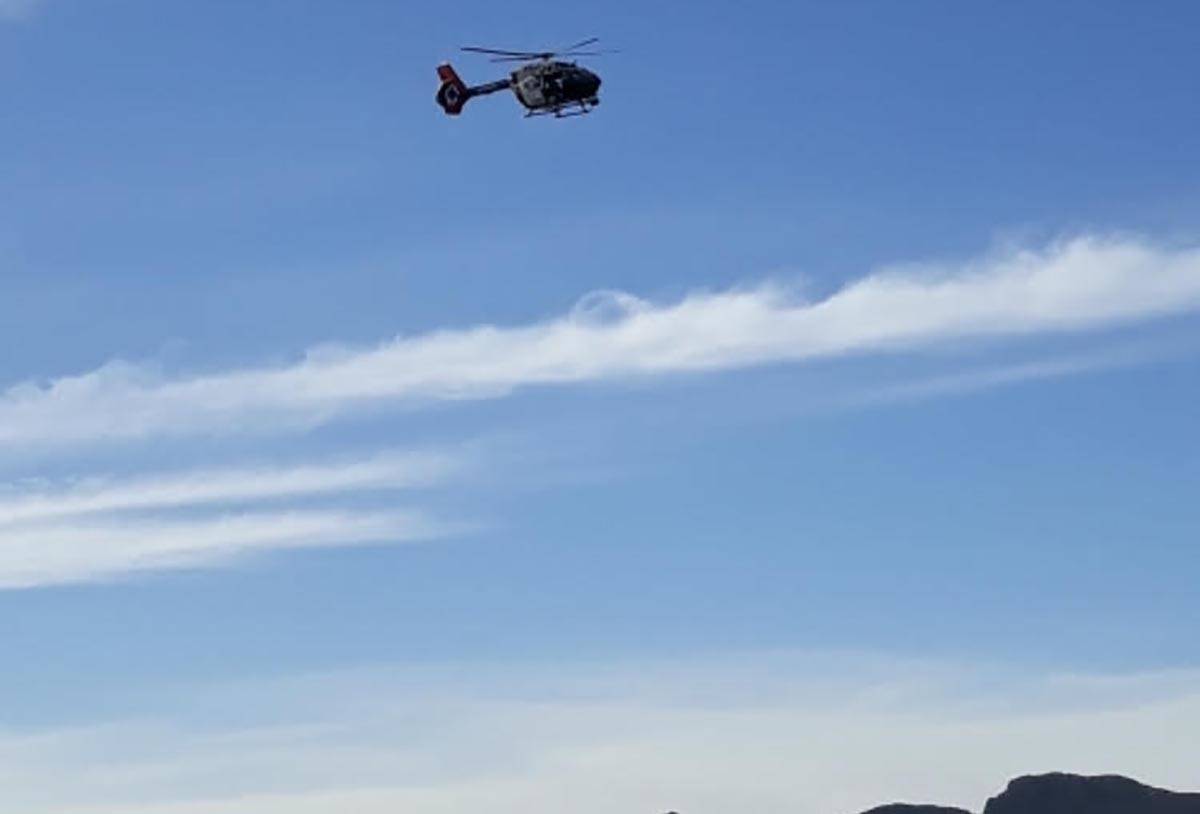 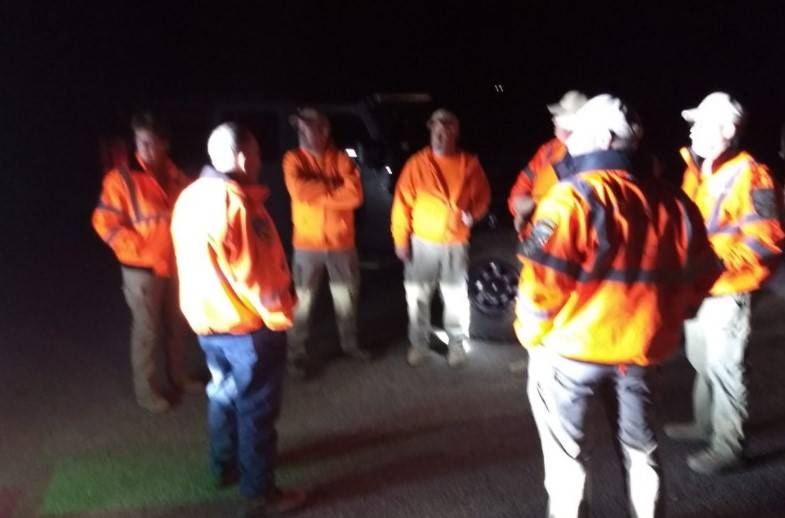 A search and rescue team is working to rescue two hikers west of Pahrump, who were stranded Sunday night. (Nye County Sheriff's Office)

Authorities in Nye County on Monday rescued two hikers who spent a chilly night stranded in a mountainous area west of Pahrump.

The hikers told authorities they were stranded in the area of Shadow Mountain when a section of a hiking trail collapsed after they had crossed it.

On Monday morning, the hikers were rescued with the assistance of the Metropolitan Police Department search and rescue unit.

“Both hikers were rescued uninjured and declined medical (assistance,)” Capt. David Boruchowitz of the Nye County Sheriff’s Office said in a news alert sent out at 11:20 a.m.

Details on how the hikers were pulled off the mountain were not immediately available.

Before the rescue, Boruchowitz said that authorities were “having regular contact” with the hikers through the night.

Boruchowitz declined to release the hikers’ names. He described the location of Shadow Mountain as on the far west side of Pahrump.

“It’s thousands of feet up a mountain,” Borcuhowitz said of the rescue scene.

Temperatures in the area were in the 30s overnight.