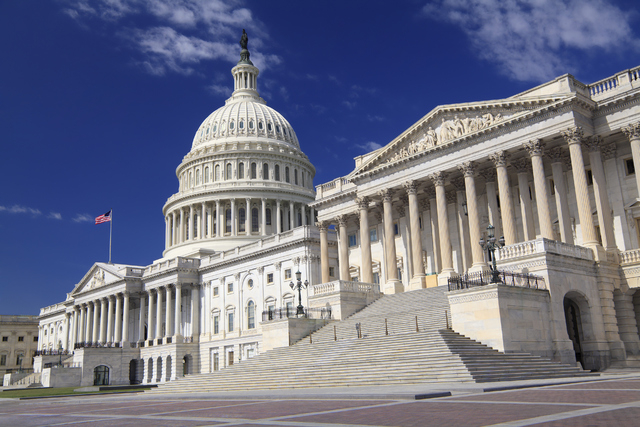 The measure was designed to nullify a Vermont law set to go into effect in July that would require foods that contain genetically modified organisms, or GMOs, to be labeled or face fines. The food industry and its supporters in Congress argue that GMOs are safe and that allowing individual states to set labeling standards would be unworkable.

Instead, they argued for a voluntary labeling process that would be created and administered by the Agriculture Department.

“What we face today is a handful of states that have chosen to enact labeling requirements on information that has nothing to do with health, safety or nutrition. Unfortunately, the impact of these decisions will be felt all across the country,” said Sen. Pat Roberts, R-Kan., who heads the Senate Agriculture Committee.

Opponents of the voluntary approach say consumers want to know what they are eating and that labels on food packages give them a quick way to know if they want to purchase the item or not and that the Senate measure would eliminate that ability.

“We are going to eviscerate states’ rights to respond to this desire of citizens to know what is in their food. This is a desire that stretches all across the United States, all genders, all ages, all parties,” said Sen. Jeff Merkley, D-Ore.

Monsanto first introduced a variety of pesticide-resistant genetically modified corn in 1996. Today, more than 90 percent of corn, soy and sugar beet grown in the U.S. is genetically modified. Consuming GMO plants is considered safe, according to the Food and Drug Administration and the World Health Organization.

The Senate measure failed on a procedural vote that required a 60-vote majority to advance the legislation. Proponents could muster only 48 votes.

The Senate narrowly confirmed John B. King as Education secretary with most Republicans in opposition. King, 41, has served as acting secretary since his predecessor Arne Duncan stepped down at the end of 2015.

Sen. Lamar Alexander, R-Tenn., who heads the Senate Education Committee, urged King’s confirmation, saying the department needs a leader who can be held accountable as it implements sweeping changes Congress enacted to replace No Child Left Behind.

“We need a United States education secretary confirmed by and accountable to the United States Senate so that the law to fix No Child Left Behind will be implemented the way Congress wrote it,” Alexander said.

Sen. Mike Lee, R-Utah, argued against King’s confirmation, saying that King had been a staunch supporter of the failed education law as head of New York state’s education department.

“Based on the policies he has supported, the bipartisan opposition he has invited throughout his career, and his uncompromising commitment to the designs of bureaucrats and central planners over the lived experiences of parents and teachers, I believe it would be a grave error for the Senate to confirm Dr. King,” Lee said.

The House agreed to join a legal battle against President Barack Obama’s policy to suspend the deportation of as many as 4 million undocumented immigrants, many of whom were children when they entered the United States.

Voting largely along party lines, the House passed a resolution to allow House Speaker Paul Ryan, R-Wis., to file an amicus brief in U.S. v. Texas, which is scheduled for oral arguments before the U.S. Supreme Court in April. Republicans claim the president does not have the authority under the Constitution to issue such a sweeping executive order.

Rep. Ted Poe, R-Texas, spoke in favor of the legal challenge, saying that in 2014 the Homeland Security Department announced it would not continue the deportation process for these immigrants in what amounted to an “unprecedented, unilateral” action to nullify the nation’s immigration laws.

“Repealing a law is supposed to be a legislative action — that is Congress — and is not supposed to be an executive action; that is, if the Constitution is followed, which it is not under these circumstances,” he said.

Rep. Jared Polis, D-Colo., argued that the executive action was “a legal, commonsense, lawful exercise of discretion” in line with actions taken by previous administrations to focus limited resources where they will have the biggest effect.

“We want to remove those who represent a danger or a threat to our country,” he said. “To somehow misfocus those limited resources on tearing apart families instead of going after criminals would put the American people at risk.”

The House voted 234-186 to authorize Ryan to file an amicus brief.