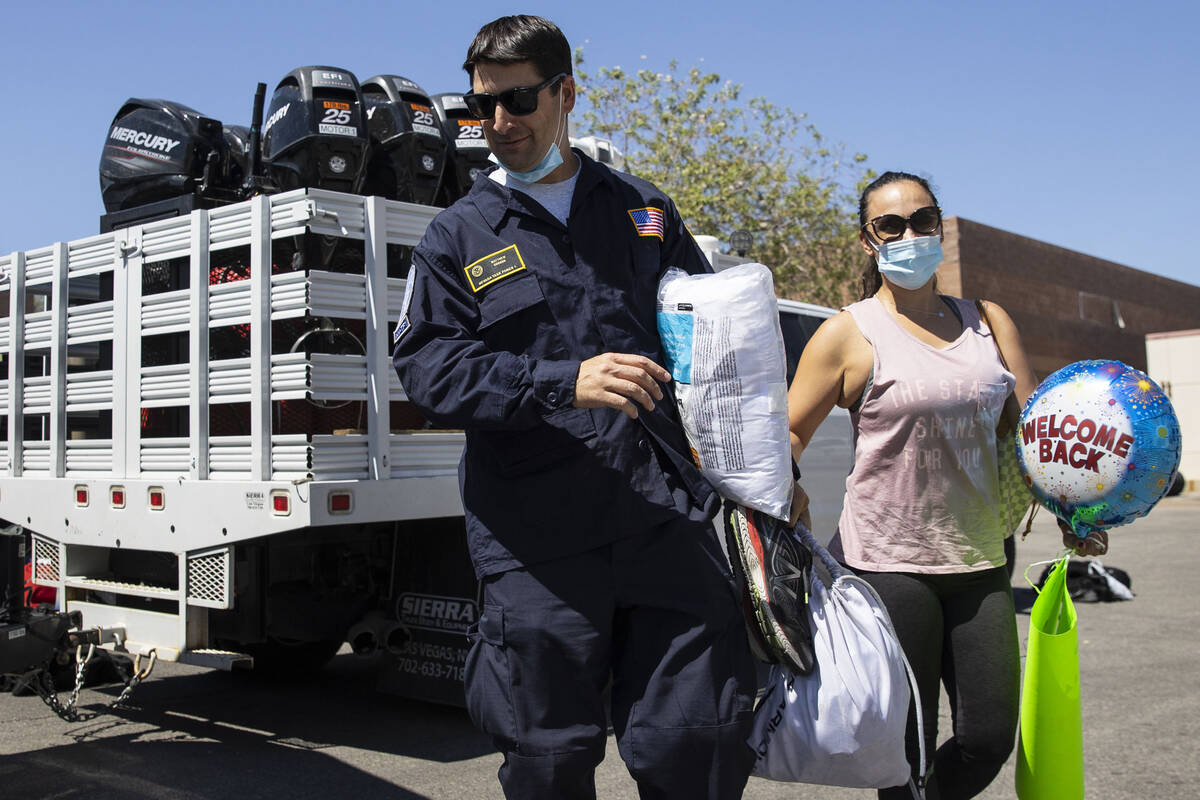 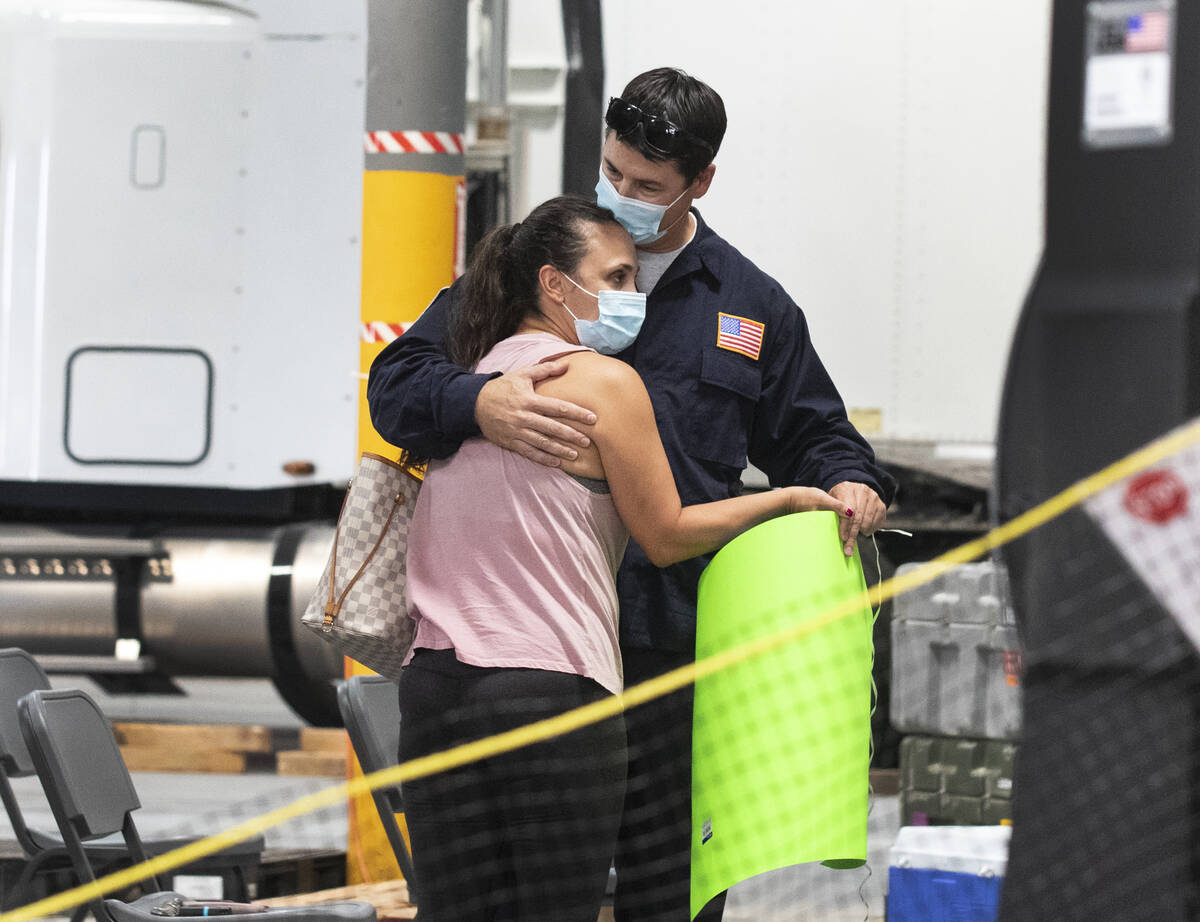 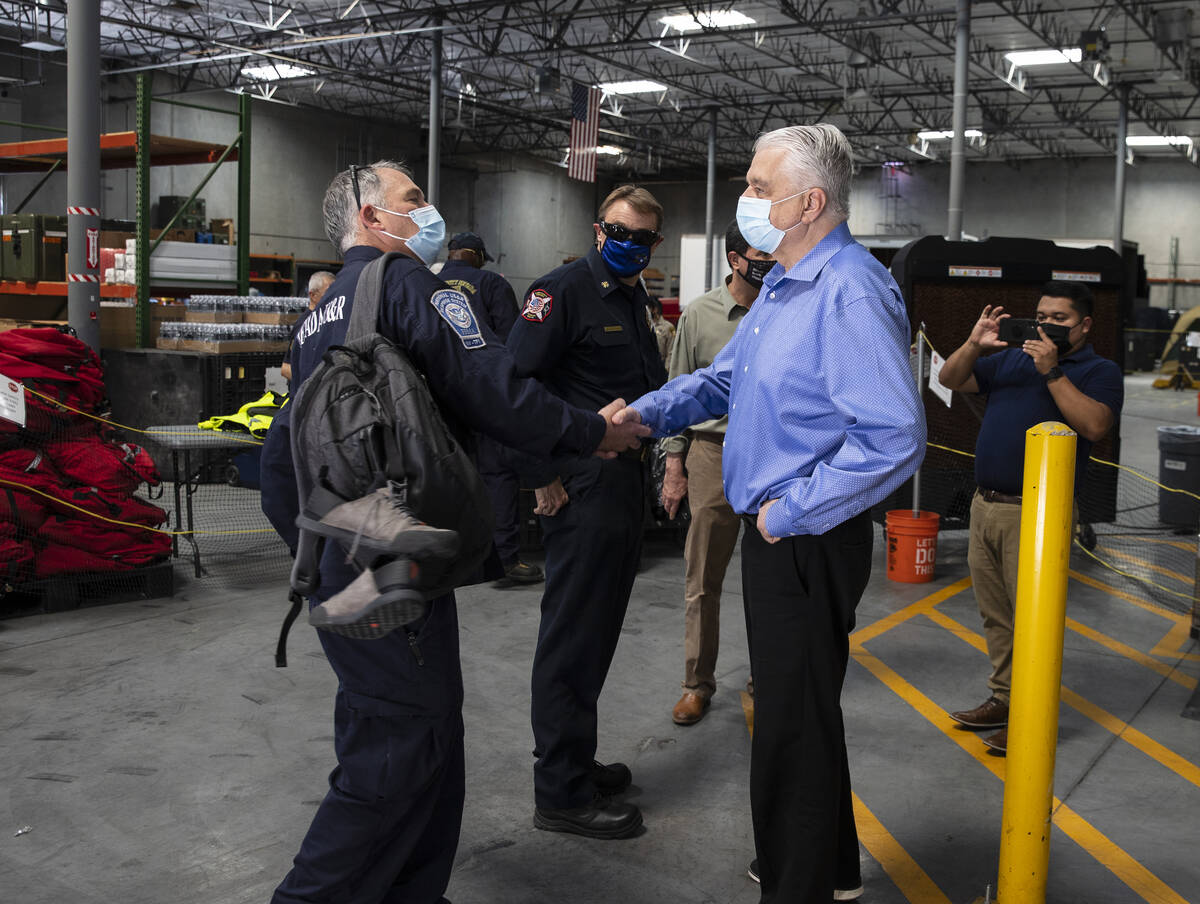 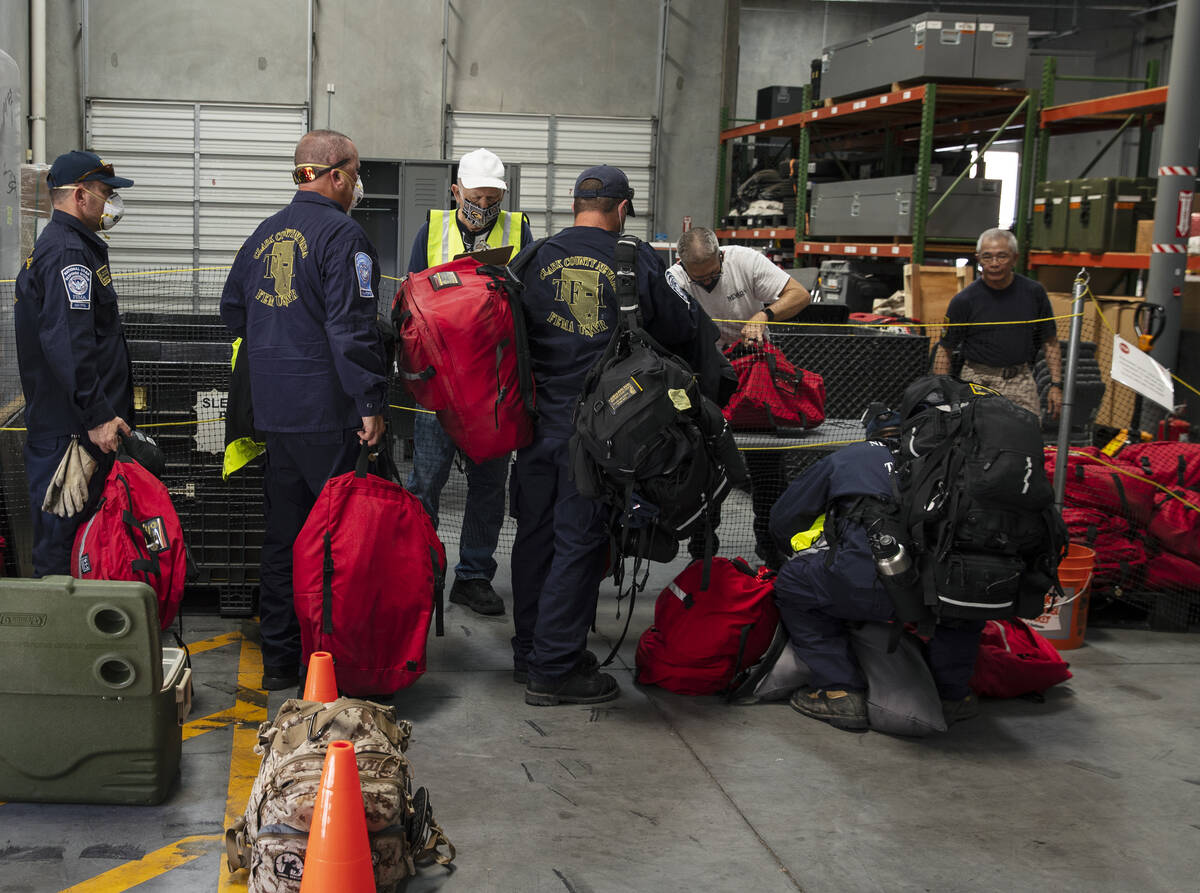 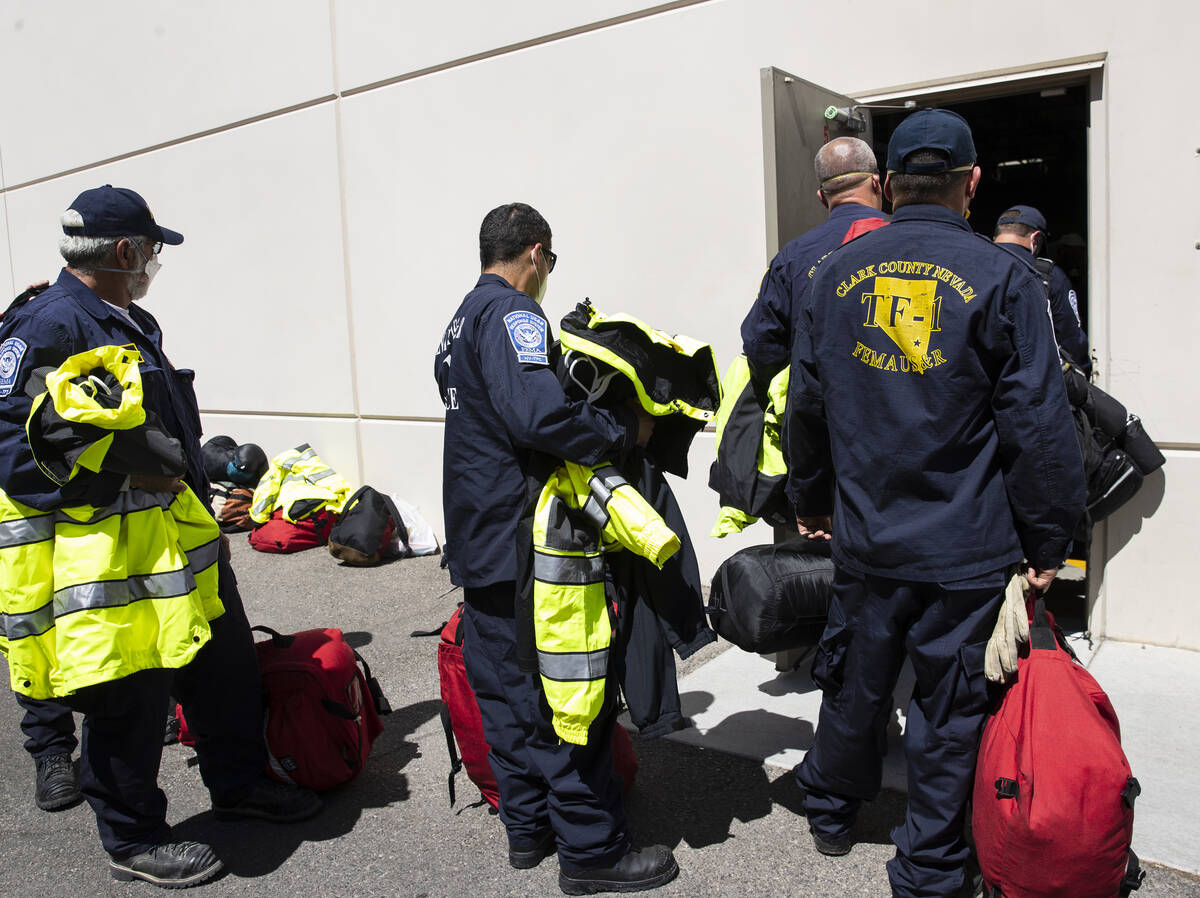 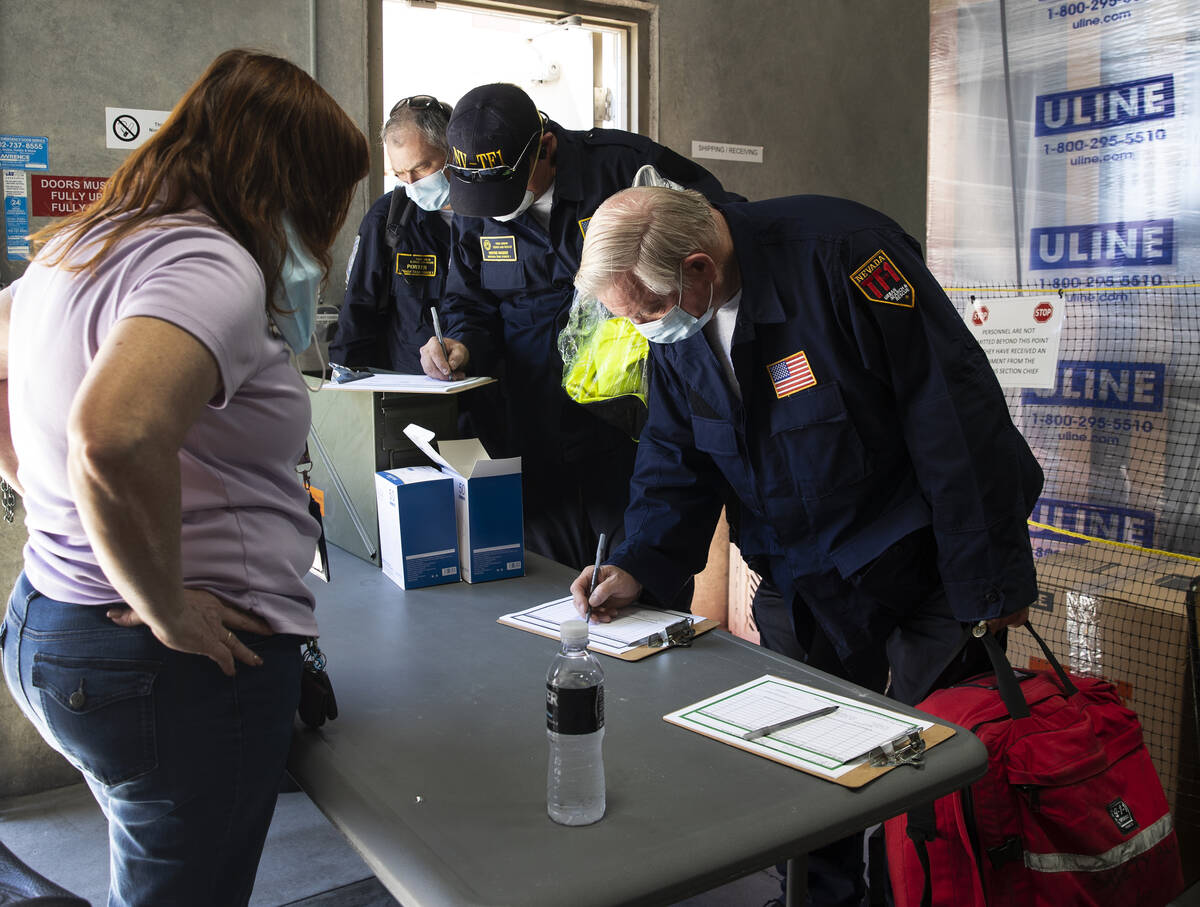 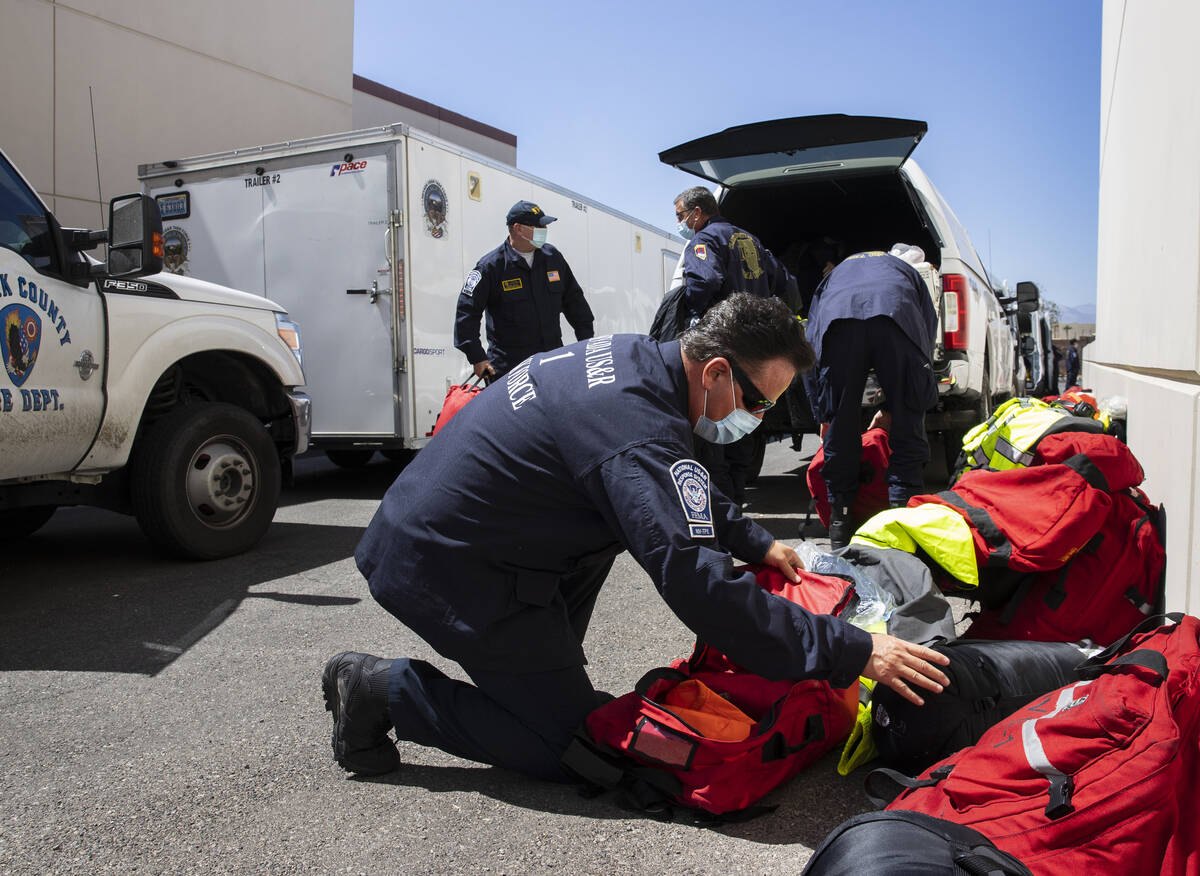 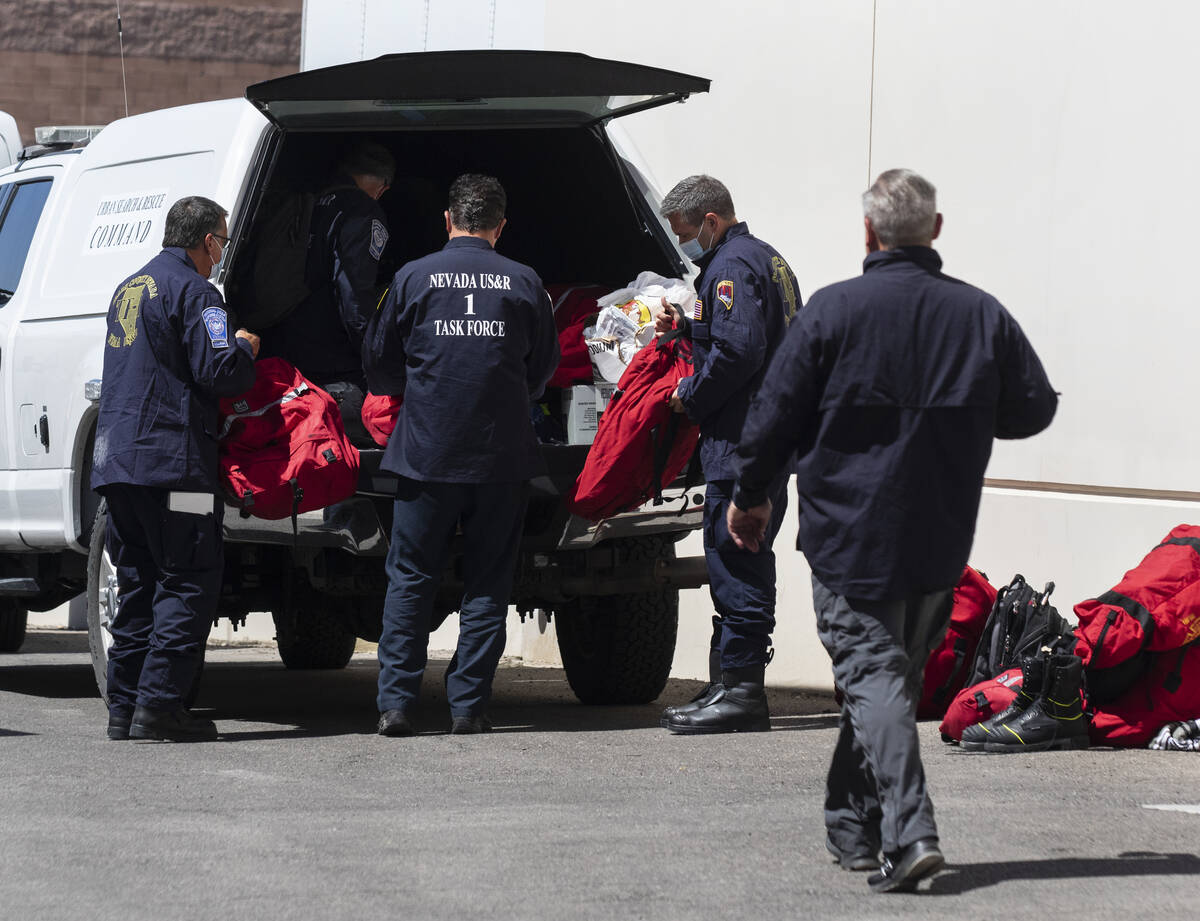 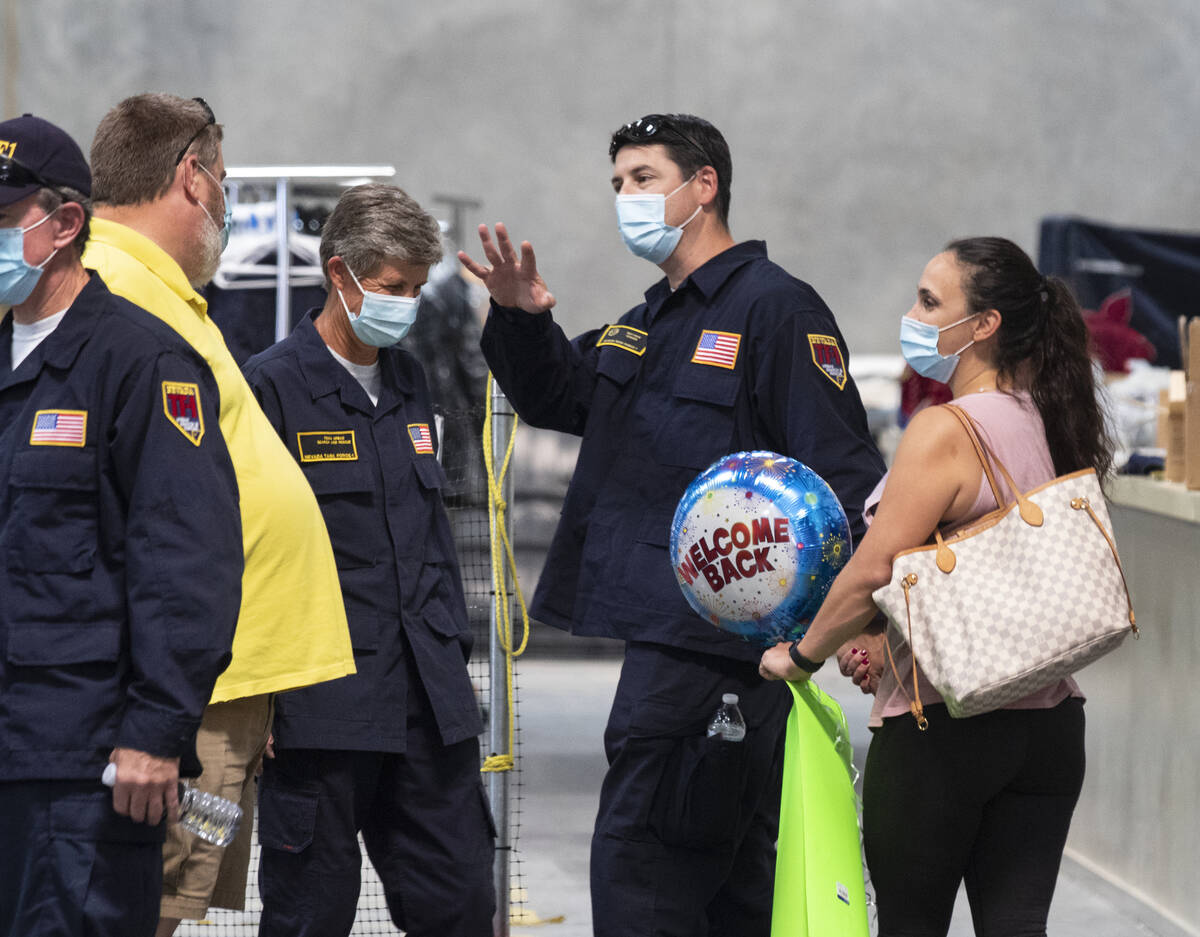 Las Vegas Valley first responders who went to Louisiana to help those affected by Hurricane Ida returned home Tuesday and said they were grateful for the opportunity to help.

Civilian safety officer Carmen Rizzo is one of 38 members of the Nevada Task Force 1 Urban Search and Rescue team that responded to the devastated community of Grand Isle to offer aid. He said the team observed the “total destruction” left by Ida.

“You see homes that (were) sitting on 25-foot tall stilts and they are no longer standing there or swept completely off, and they are in a mangled mess of timbers,” Rizzo said. “The biggest thing you notice are the power poles, just leaning over to the side of the road or completely gone. A couple cases we actually saw the large steel poles bent in half.”

The team returned home to a hangar in northeast Las Vegas on Tuesday just after noon to complete the 10-day trip. Members unloaded their gear, then received hugs from loved ones. Gov. Steve Sisolak showed up to say thank you.

“They did an absolutely wonderful job in Louisiana,” Sisolak said. ” We can’t begin to thank them enough … We are thrilled that they all got back safe and sound. They accomplished their mission and helped an awful lot of people who are in desperate need of help.”

Team members said they handed out food and water on the isle that bore the full power of the Category 4 storm Aug. 29. Much of the team’s time was spent performing damage assessments for the Federal Emergency Management Agency.The Associated Press reported that about half of the properties in the town of about 1,400 were heavily damaged or destroyed.

“A lot of damage, a lot of structural damage, a lot of people’s personal belongings, history and life pretty much scattered about,” Kutsenda said. “So it was just a matter of helping those people pick up the pieces.”

Rizzo said the team was proud to represent Nevada.

“’You came all the way from Nevada to help us?’” Rizzo said of some residents’ responses to the team’s arrival. “The remarkable thing about the people we met was you had to force your help upon them. They are very proud and very self-sufficient.”