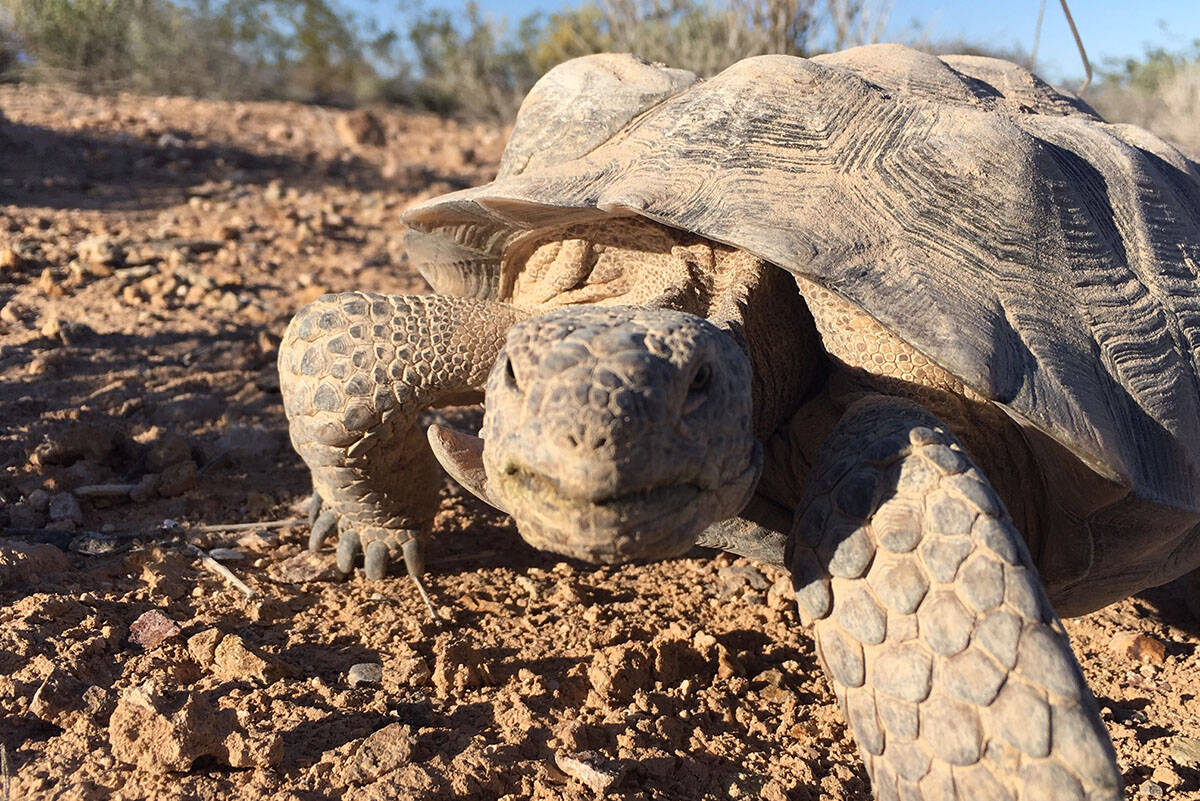 Mojave Max emerged from his burrow at the Springs Preserve at 12:21 p.m. His latest emergence was April 17, 2012, and his earliest was Feb. 14, 2005, according to a Clark County press release. Last year, Mojave Max appeared on April 13.

“Man, it is warm today! I’m glad I woke up from brumation in time to enjoy this beautiful day @springspreserve,” read the Mojave Max Twitter account, which has more than 3,000 followers.

As they have done every year since 2000, Clark County elementary school students estimated when Mojave Max would emerge as part of their studying of Mojave Desert weather. The winner of the Emergence Contest will be announced soon, according to the release.