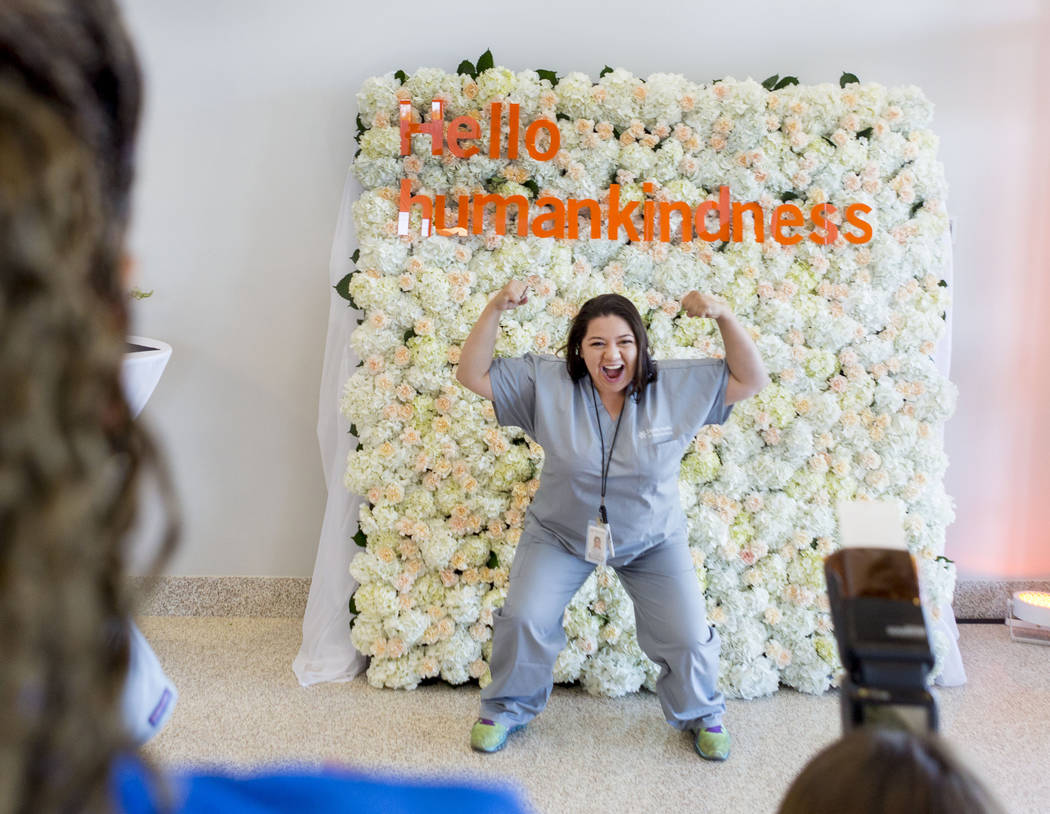 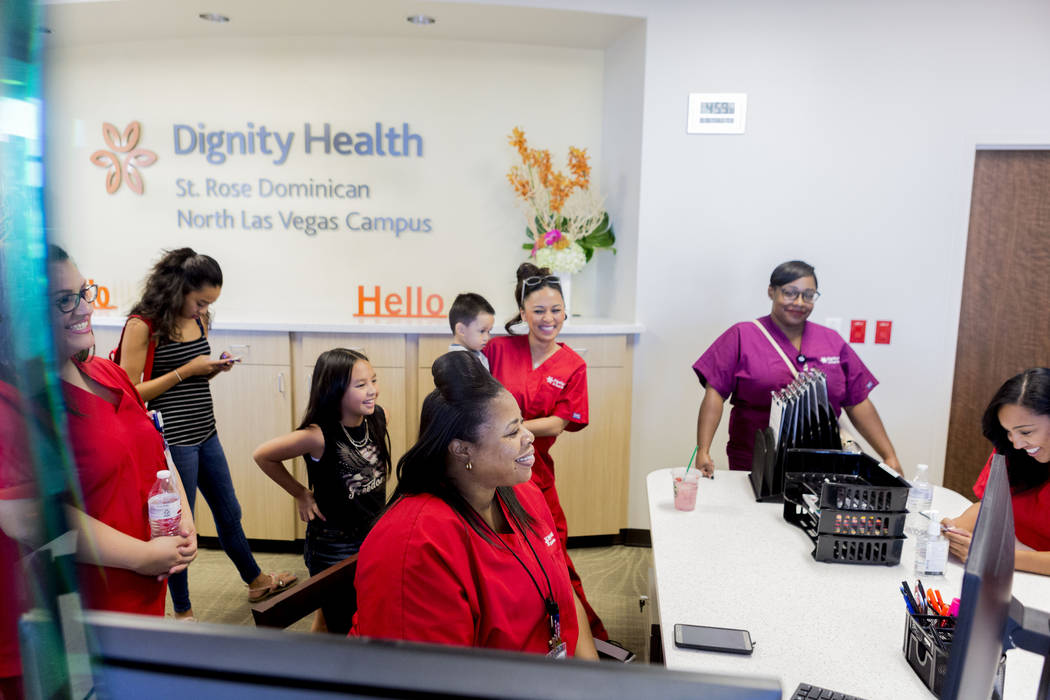 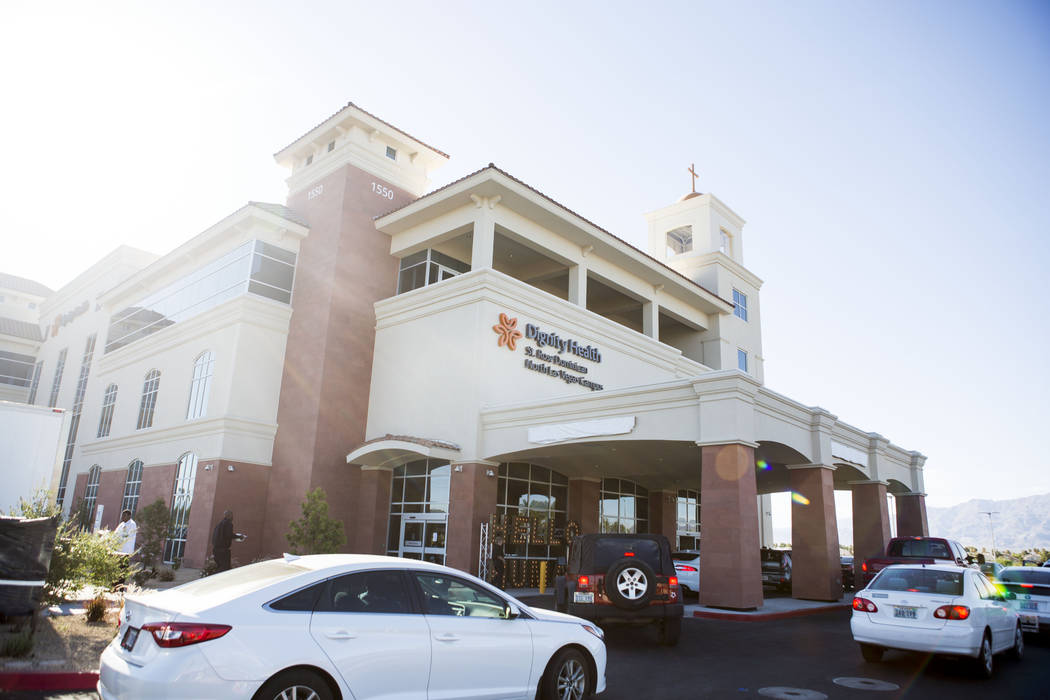 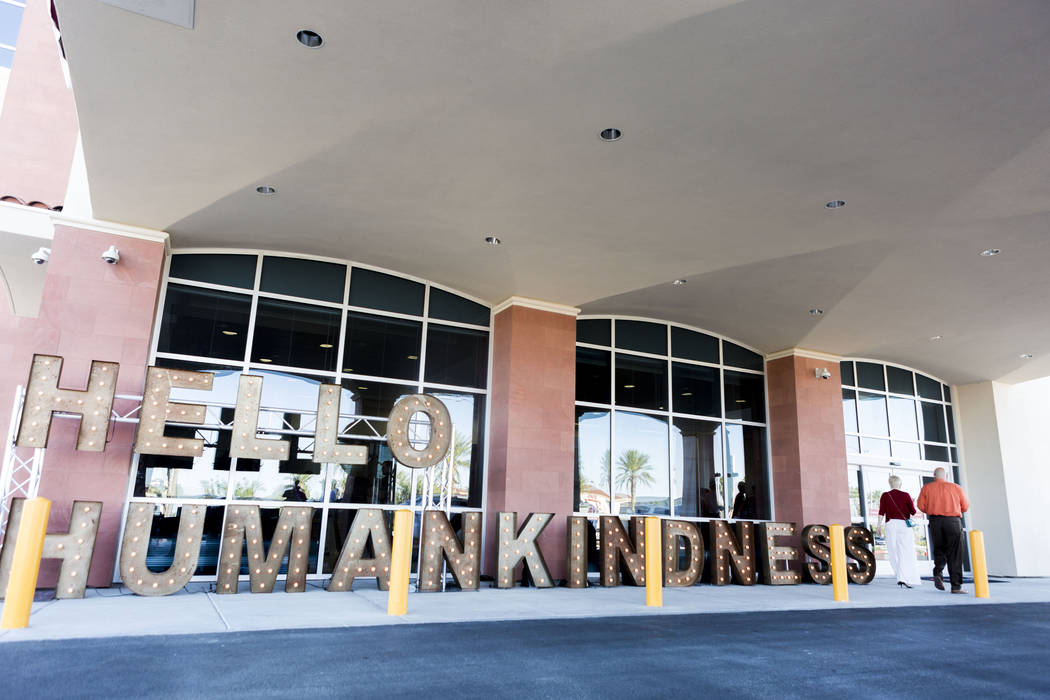 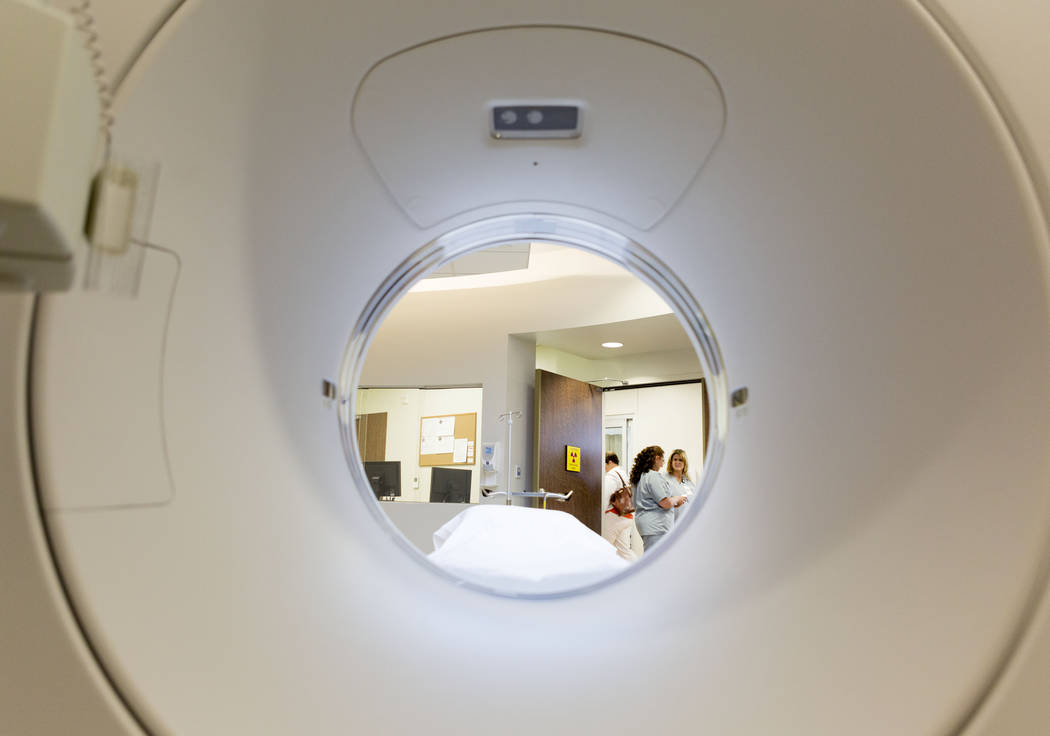 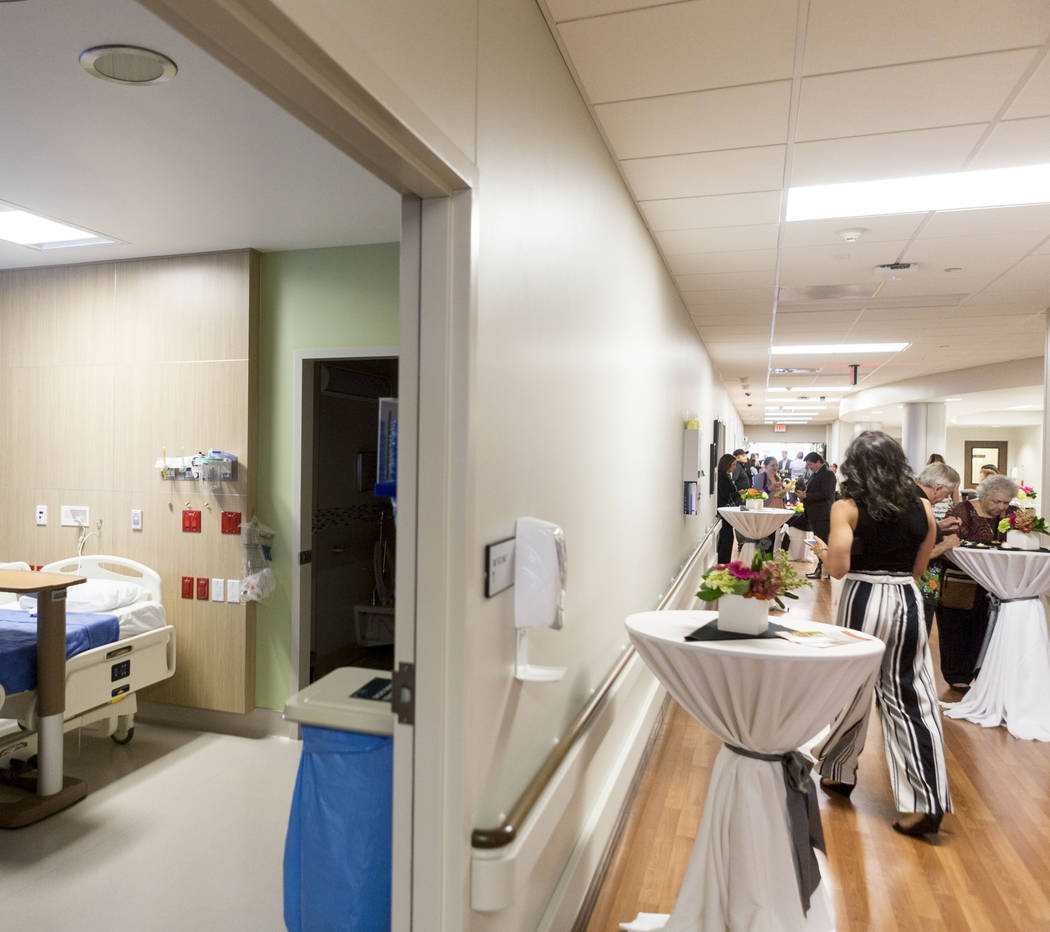 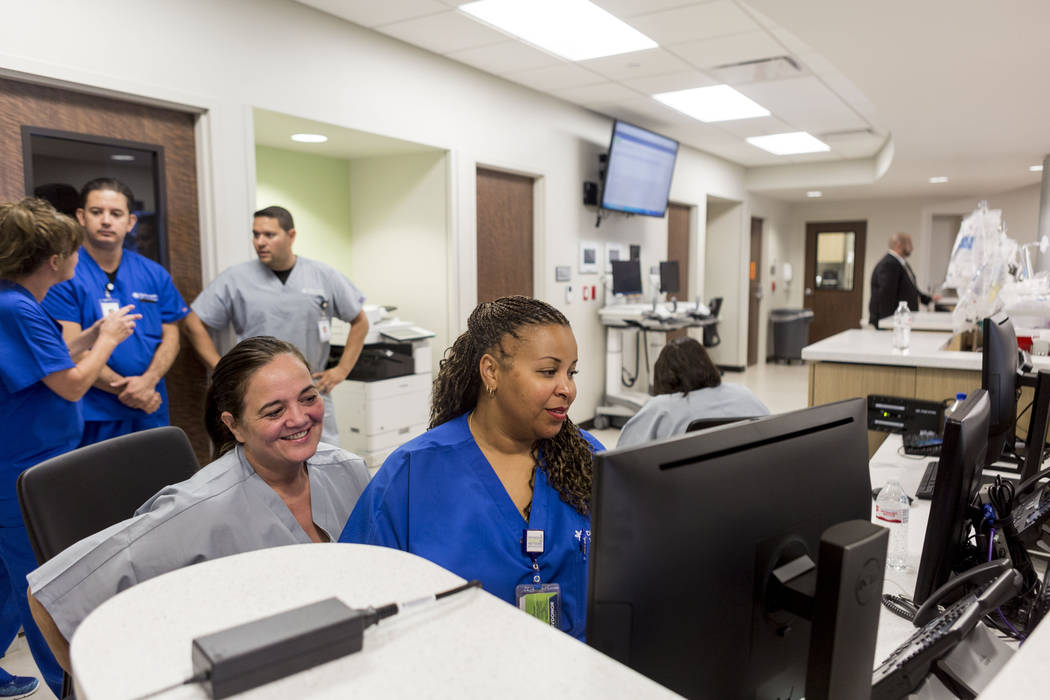 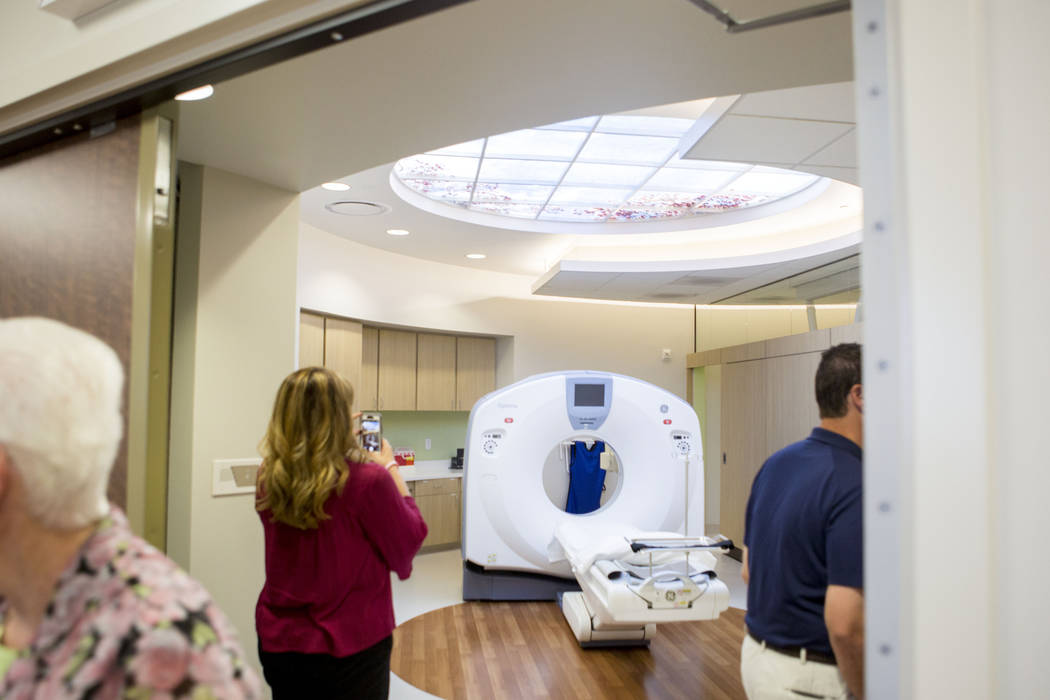 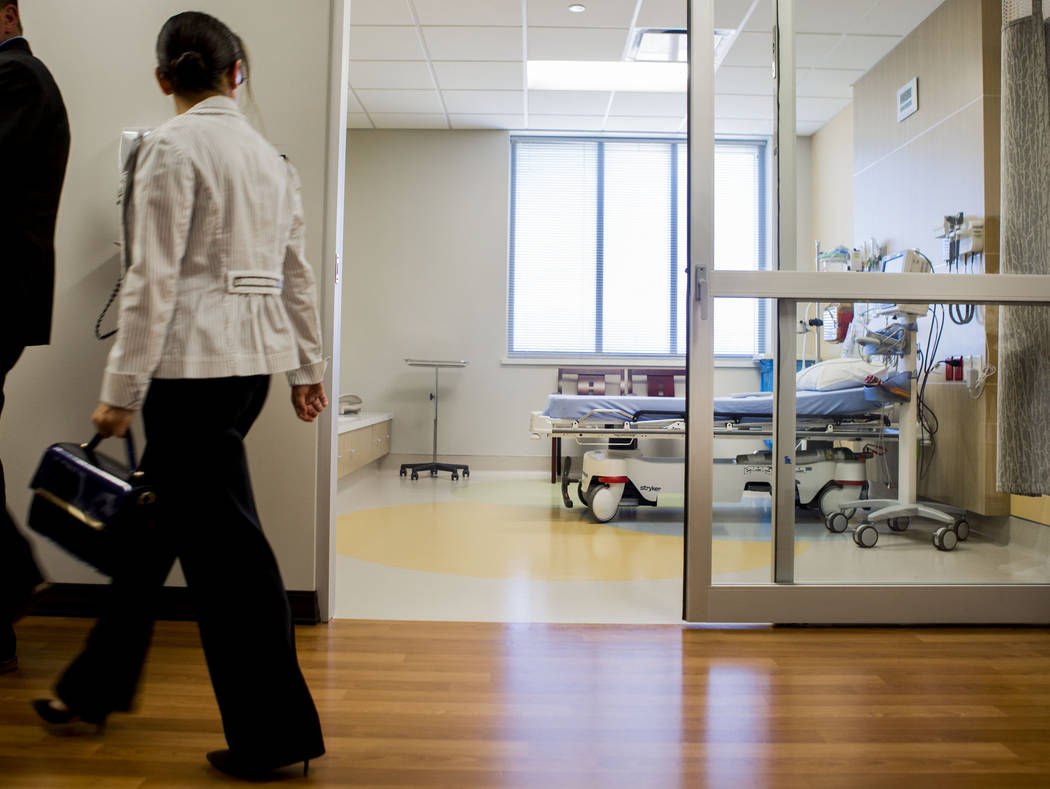 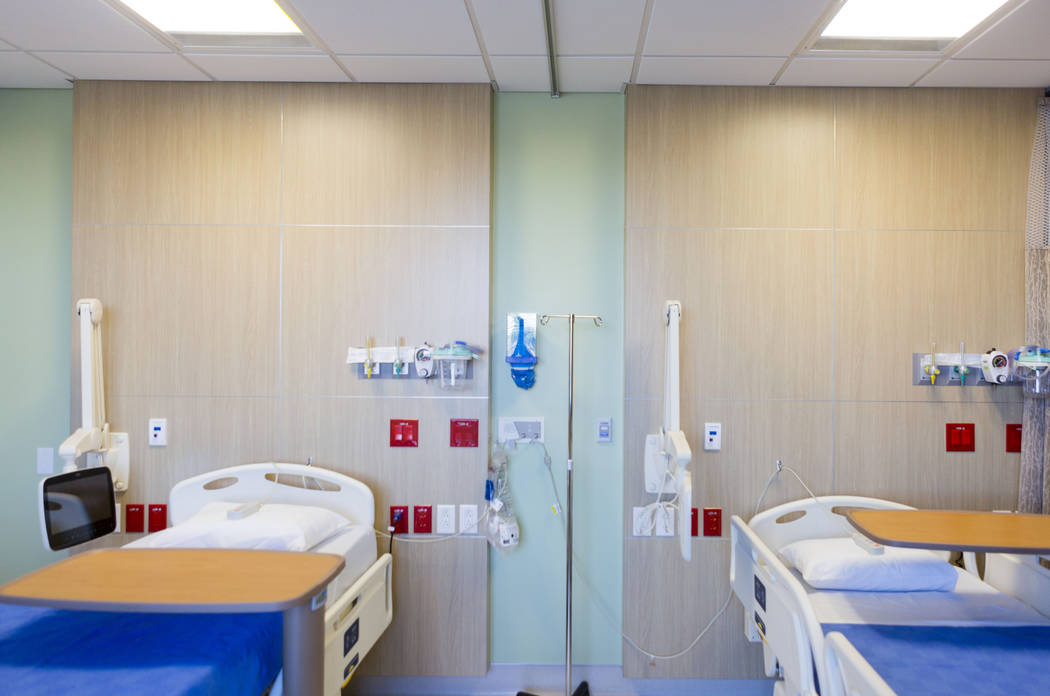 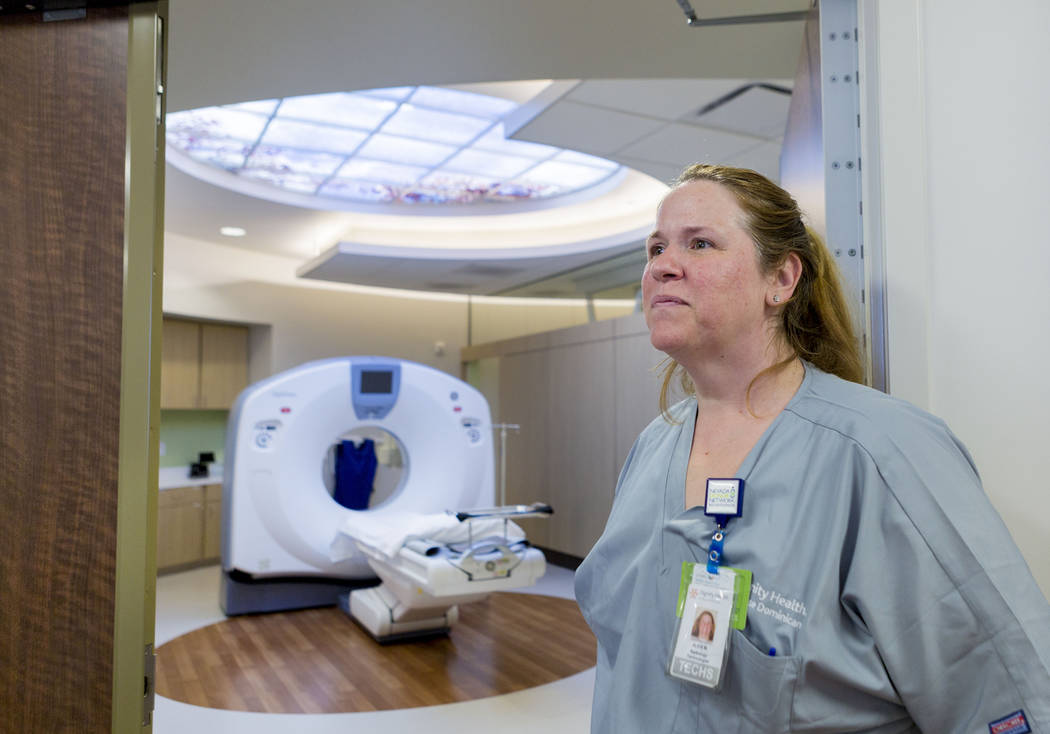 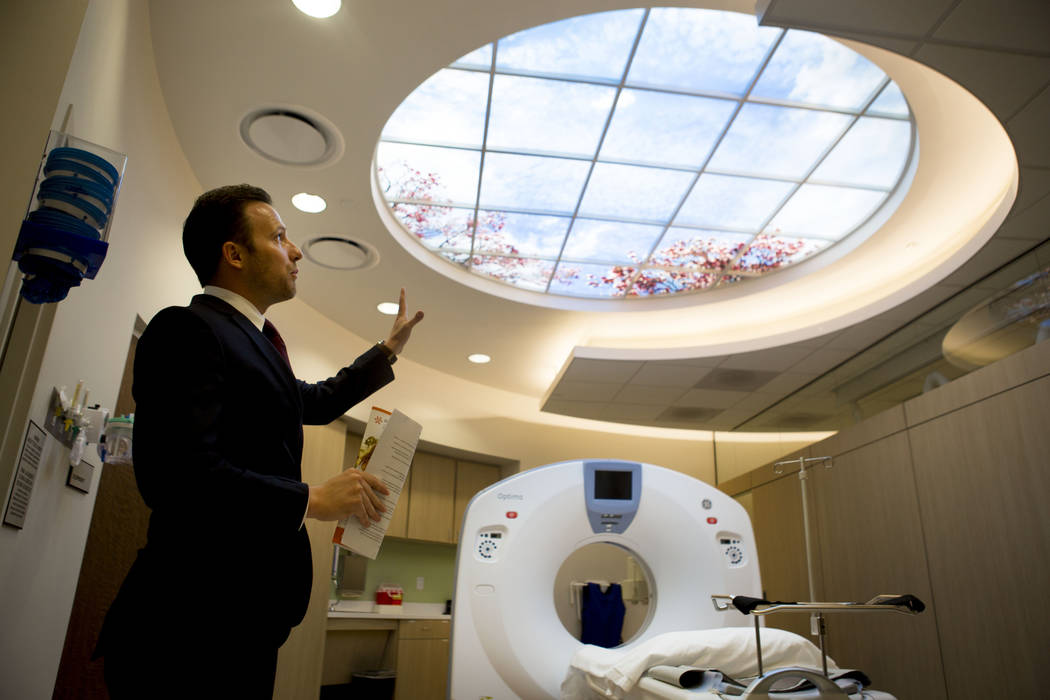 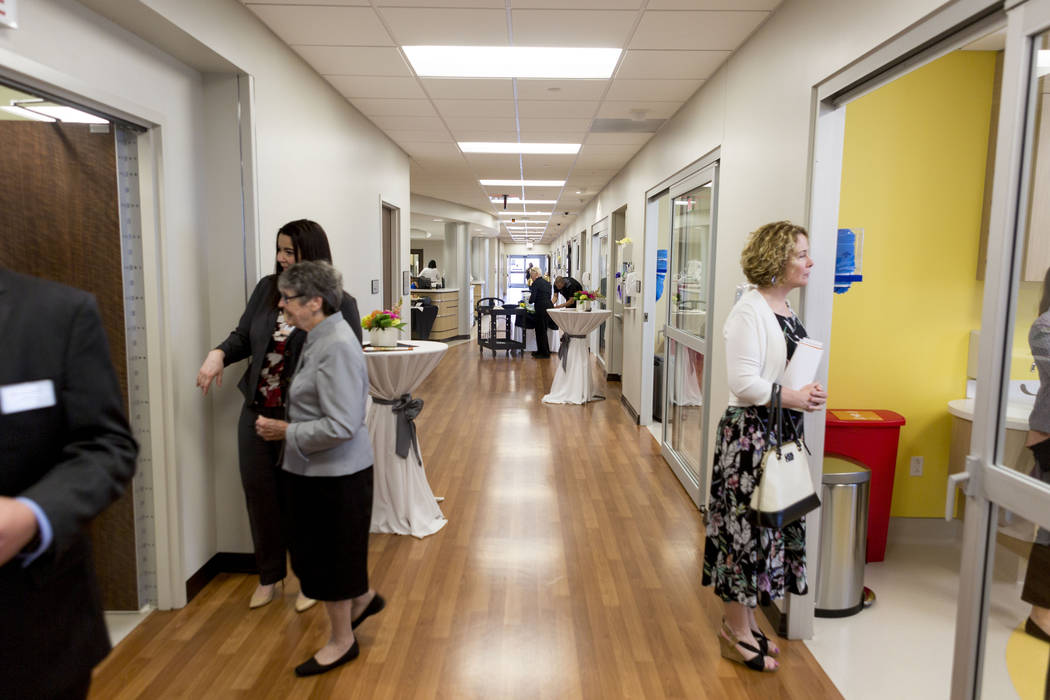 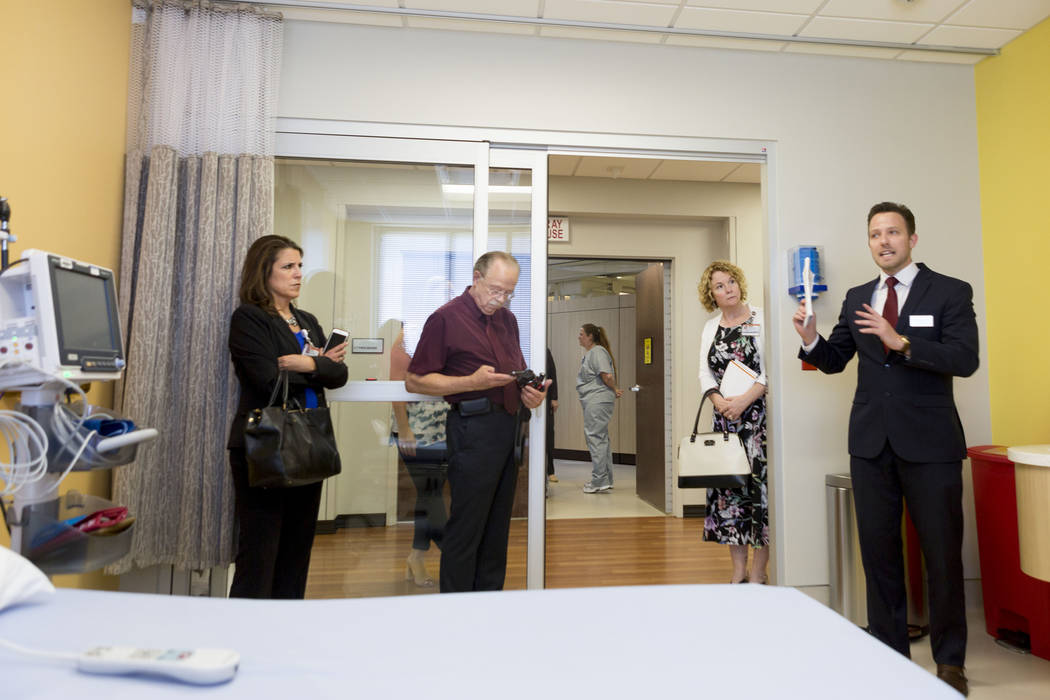 Residents of North Las Vegas will soon have a hospital closer to home.

On Thursday, the phrase “Welcome Humankindness” was displayed on walls, among flowers and outside the hospital in a large marquee sign. A harpist played as nurses and community members toured the new, one-story facility, located at 1550 W. Craig Road.

Bonnin said Dignity Health and Emerus will open three other neighborhood hospitals by the end of 2017. The North Las Vegas campus, which cost about $25 million to build, will employ about 90 staff members.

The location was picked because the area isn’t close to other valley hospitals, he said.

“We’re trying to go into areas that are underserved,” Bonnin said.

Kimberly Shaw, the chief operating officer for Dignity Health, said a grand opening will be held June 30 at the hospital.

In addition to patient rooms, the hospital comes with a computerized tomography scan and X-ray room, a lab, a second waiting room for in-patients, and space for primary care and specialty physicians.

Bonnin said the hospital was designed to have shorter wait times and can treat about 30 people a day.

“You have a one-on-one relationship,” he said. “It’s really managing the population of the entire community.”

“We’ll be able to take care of all emergencies that come through the door,” he said.

Sister Katie McGrail said she was impressed that the hospital was built in 15 months.

“What dignity is all about is respecting the person,“ she said. “Listening to them, communicating and talking to them.”

Seven of the St. Rose Dominican sisters first came to the Valley in 1947 when they bought Henderson’s Basic Magnesium Hospital for $1, said McGrail, who’s been a sister for 56 years.

“Those seven sisters would be amazed,” she said. “It’s carrying our St. Rose Dominican heritage forward.”