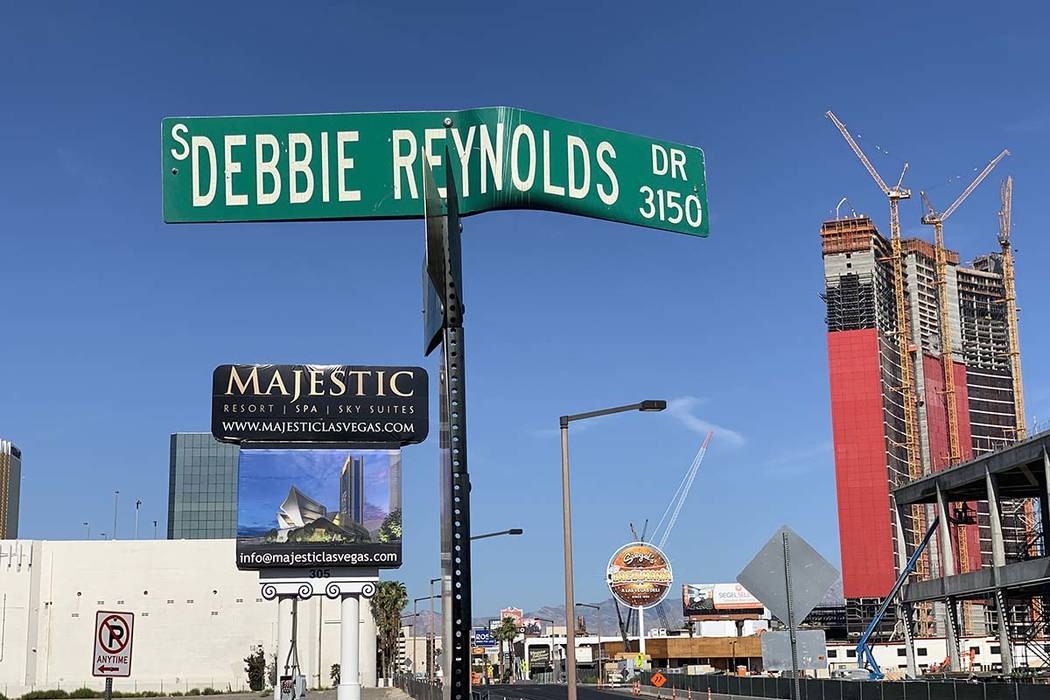 Debbie Reynolds Drive could soon be just a memory as a developer is looking to change the name of the street to reflect a new five-star resort on the former site of the Debbie Reynolds Hollywood Hotel. (Mick Akers/Las Vegas Review-Journal) 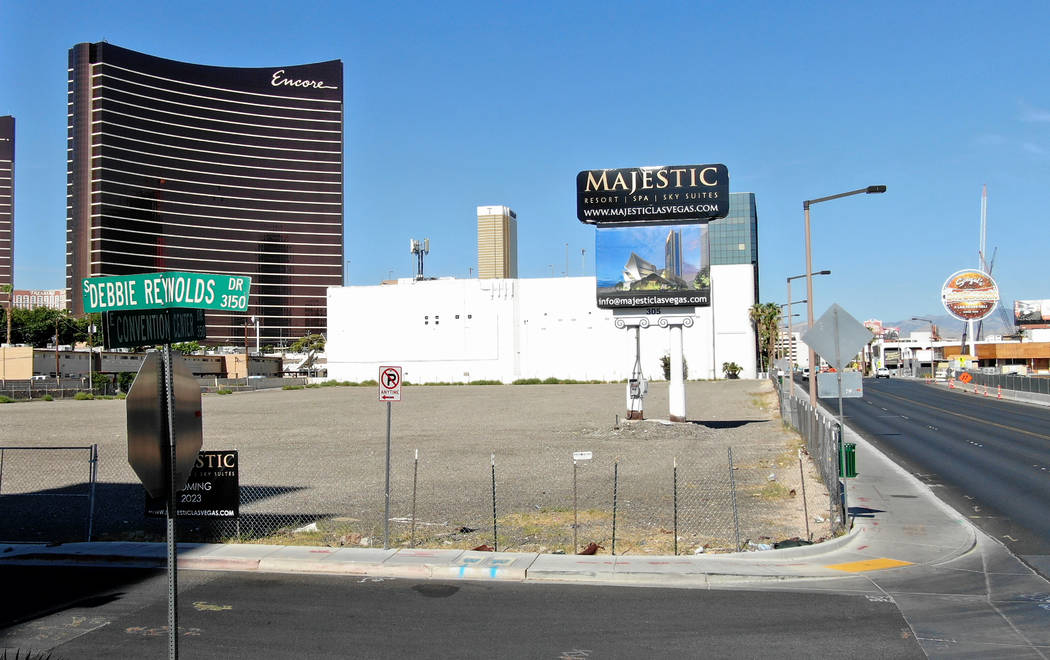 Debbie Reynolds Drive could soon be just a memory as a developer is looking to change the name of the street to reflect a new five-star resort on the former site of the Debbie Reynolds Hotel. (Michael Quine/Las Vegas Review-Journal) @Vegas88s 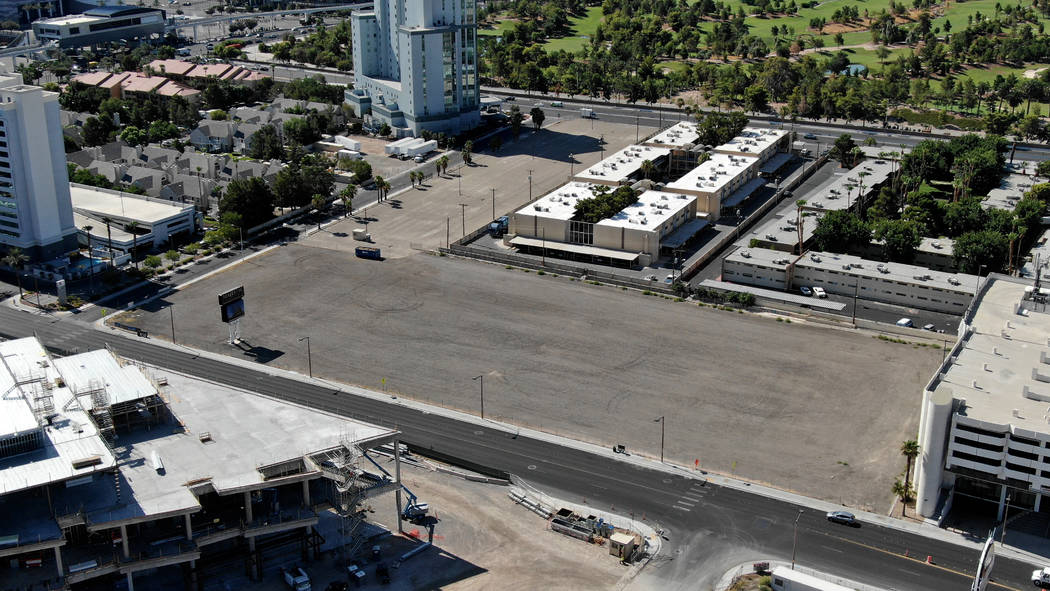 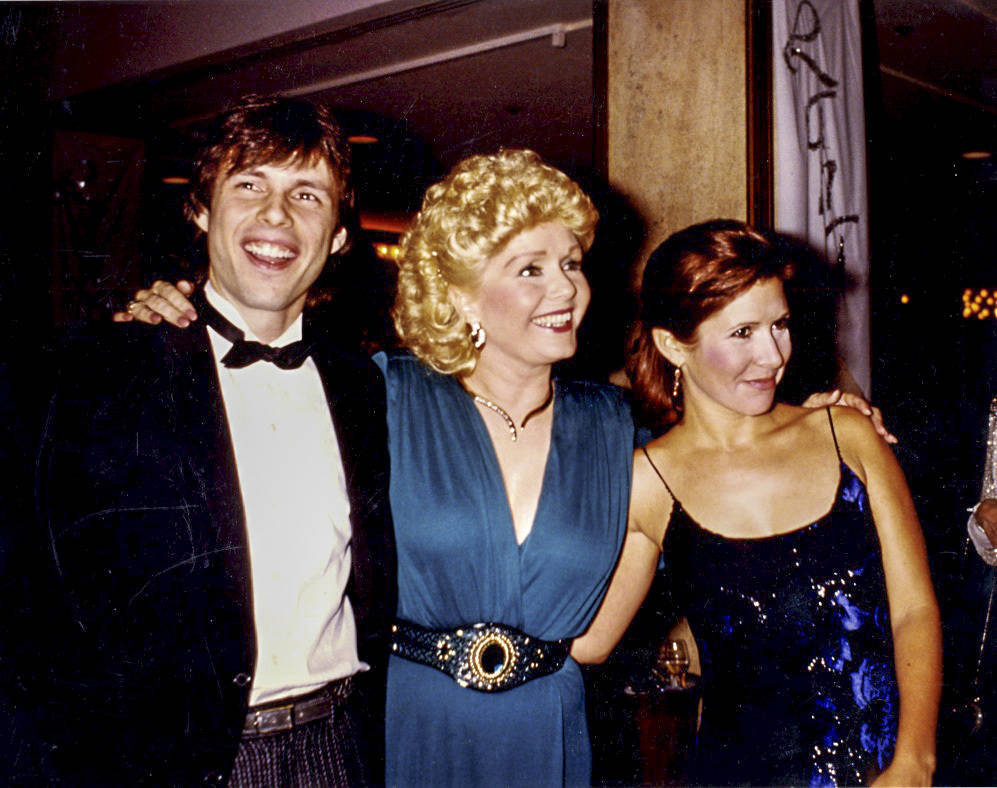 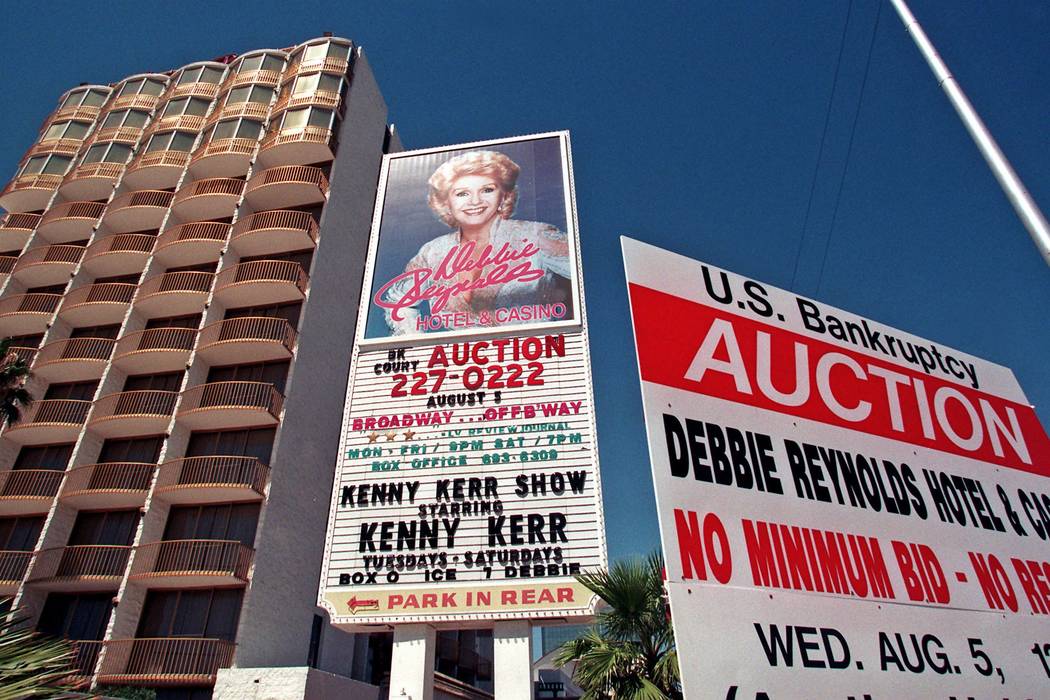 A sign outside the Debbie Reynolds in Las Vegas on Aug. 5, 1998, posts a bankruptcy auction of the property. (Jeff Scheid/Las Vegas Review-Journal)

Former Hollywood and Broadway star Debbie Reynolds left her mark on Las Vegas as a regular performer along the Strip, but her lasting legacy could take a hit if a developer gets its way.

Doumani, owner of Majestic Resorts, is planing to build an $850 million five-star hotel project dubbed Majestic Resort and Spa along the road where the Debbie Reynolds Hollywood Hotel once stood. The resort is scheduled to break ground in May and open sometime in 2023.

“It changed to Debbie Reynolds (Drive) because it was the Debbie Reynolds Hotel, not because of her,” Doumani said Friday. “That’s why they got rid of Desert Inn Road (near the Wynn). It’s because it’s not the Desert Inn Hotel anymore. You name the streets, especially when they’re the only thing on the street, after the project, otherwise it’s incredibly confusing.”

“There’s a historical element with the street itself being converted for the hotel that was there, so there’s a reason to remember our past,” said Fisher, who lives in the Las Vegas Valley. “I think she also warrants a little recognition in the town and that’s why they named the street after her initially. It was a combination of her having the hotel there and her contribution to Vegas over the decades.”

With a Las Vegas career spanning from 1962 through 2013, Reynolds has a long and rich history in the Entertainment Capital of the World.

“She played the Tropicana, the Sands, the Desert Inn, the Riviera. She has as many performances in this town as anybody,” Fisher said. “At one time she once held the record for the most consecutive performances by any performer, including Wayne Newton. She’s definitely connected to the original Rat Pack and the roots of Las Vegas.”

Doumani said he knows Fisher through mutual friends and was a fan of Reynolds’ work. He said he met Reynolds before she passed away and the request is in not disrespect to the late actress or her family.

“I have nothing but respect for Debbie Reynolds. I met her, she was a friend of my aunt Cindy’s when she was alive and I’m a huge fan of ‘Singing in the Rain,’” Doumani said. “She’s a lovely lady.”

The Debbie Reynolds hotel opened in 1993, and featured Hollywood memorabilia of Reynolds and other entertainment stars. Reynolds filed for bankruptcy in 1997, closing the hotel a year later. It was sold at auction to the World Wrestling Federation (now known as World Wrestling Entertainment) for a wrestling-themed casino project that never panned out.

The street, which is approximately 1,000 feet long, has been called Debbie Reynolds Drive since 1996, when the hotel made the request for change from Mel Avenue, according to Dan Kulin, Clark County spokesman.

Fisher was the CEO of Reynolds’ hotel property during its brief existence, performed in town himself and has fond memories of the area.

“I ran the hotel. I designed and built the showroom and the museum for her,” he said. “My first performance was at the Desert Inn with my sister Carrie. This is what led to Carrie being Carrie.”

Reynolds and Carrie Fisher both died in 2016, one day apart.

Doumani’s request is scheduled to be considered Tuesday by the Clark County Planning Commission. If ultimately approved, he hopes the sign change can occur within 60 days.

Street name changes can be requested by one property owner. If approved, that property owner would be responsible for costs associated with the change. The fewer addresses affected, the lower the cost, Kulin said.

“In cases of a proposed name change, the county staff recommendation is based upon whether the proposal would cause problems for emergency responders and other government agencies (such as the Postal Service), and is not a comment on the merits of the proposal,” he said. “Interestingly, Marriott requested in 1998 to have the name of that street changed to Marriott Street but that request was denied.”

The family would be disappointed if Reynolds’ name was removed from the street, Fisher said, but they would be open to naming a different street in the city after the actress.

“From the family’s perspective, we would not be happy, but if there was an alternate plan to name some other street Debbie Reynolds Drive, then I wouldn’t mind trading that out,” Fisher said. “But, I don’t know how you get more historically connected than that street where the Debbie Reynolds Hotel was for all those years. The family has an interest in Debbie’s legacy as it relates to specific meaningful things and so, we feel a connection to Vegas.”

If the street name is changed, there’s no word on whether another street could be renamed to honor Reynolds. But Reynolds’ presence in the area won’t go away entirely, as Doumani plans to recognize her in his planned property.

“We’ll do something in the hotel after her,” he said. “We’re going to do a whole series of things in there about nostalgia. There will be a whole cafe that’s a tribute to old Hollywood, which she’ll certainly be part of.”