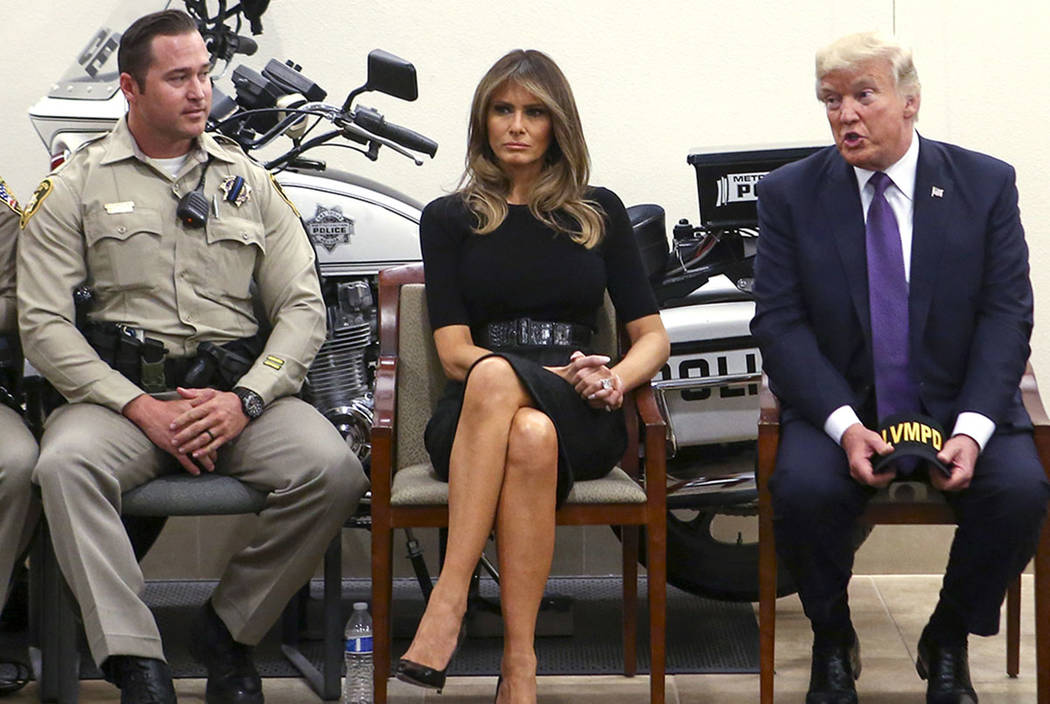 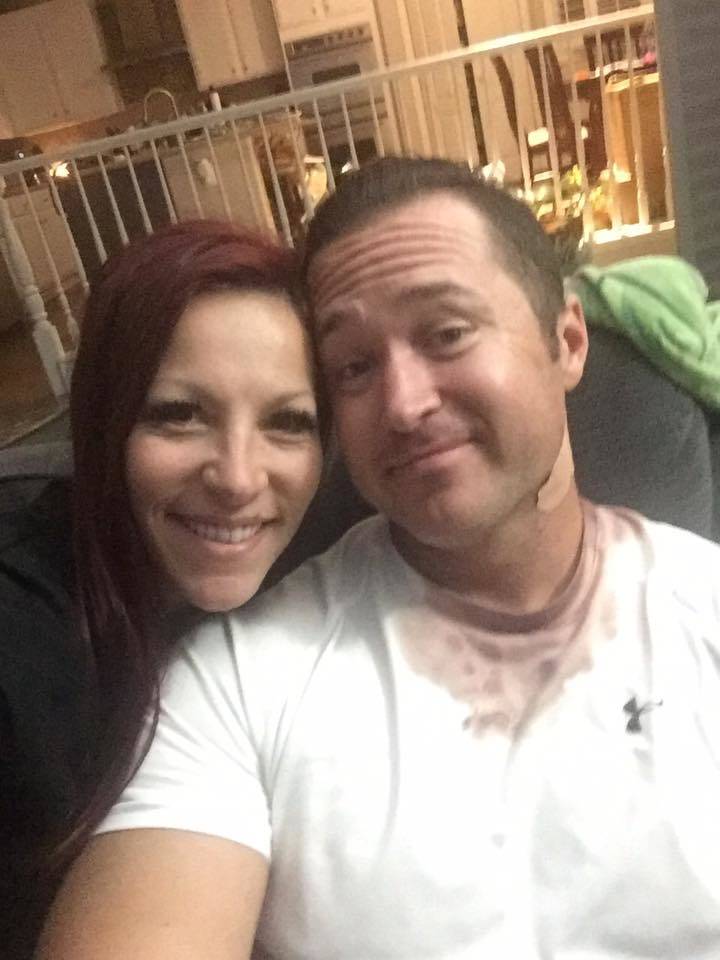 Las Vegas police officer Casey Clarkson arrived home at 5 a.m. Monday, dried blood on the collar of his white T-shirt and a square bandage below his left cheek.

She hugged him gently.

“I almost broke down,” she later told the Las Vegas Review-Journal, “because I didn’t think I was going to be able to do that. I kind of melted in his arms.”

She was so happy to be with the man she loved that she snapped a selfie and shared it with a friend.

Then on Wednesday, the 32-year-old gang unit officer who had been working overtime at the Route 91 Harvest country music festival was seated quietly next to first lady Melania Trump at a news conference inside police headquarters.

A day earlier, a woman the couple didn’t know had seen the selfie on social media and wanted to learn the name of a silent hero from a deafening night.

“He saved the lives of so many,” Nicole Steiner-Yerushalmi posted on Facebook, along with the picture of the officer and his wife. “He laid on top of my very good friend to shield her and was shot in the neck, we are hoping he made it out alive on Sunday. Please share and help us find him so that we can all hug him and let him know that because if (sic) him 7 little kids are waking up to their mommies this morning.”

Tara Clarkson had taken the photo as the couple sat quietly on their couch, holding hands. Their two children, 6-year-old Madison, and 4-year-old Bronson, were with a family friend.

In the darkness of the previous night and early morning, Tara learned that her husband of 7½ years was shot in the neck, which made her imagine the worst.

She immediately got in her car to rush to Valley Hospital Medical Center, where he was being treated, but a fellow Metropolitan Police Department officer called and told her it was too soon, that she should turn back home.

She stayed awake, watching footage from the massacre on television news. It was supposed to be a fun shift for the nearly 12-year veteran of the force. Tara Clarkson, a respiratory therapist at Desert Springs Hospital Medical Center, loves country music and wished she could have been at the concert, too.

Into the festival crowd, bullets rained from the 32nd floor of Mandalay Bay, killing 58 concertgoers. Hundreds more survived the massacre because of people like Casey Clarkson, whose graze wound since has been stitched up and is expected to heal.

“It’s definitely something that we never want to relive again,” his wife said. “I literally prayed and thanked the Lord that he was safe, over and over and over again.”

They told their children what had happened, and the kids gave him a big hug.

“We let them know what’s going on because we know it’s going to be talked about in our household,” she said.

Madison’s first-grade classmates learned of the tragedy and about her dad’s actions, so they made cards, which sat in a bag at the Clarkson house while he was with the president.

Others who know the couple reached out, as well.

“We’re very humbled to be part of this community and part of the Metro family,” Tara Clarkson said. “At times like this, we all get together and show our true colors and show how amazing Las Vegas is.”