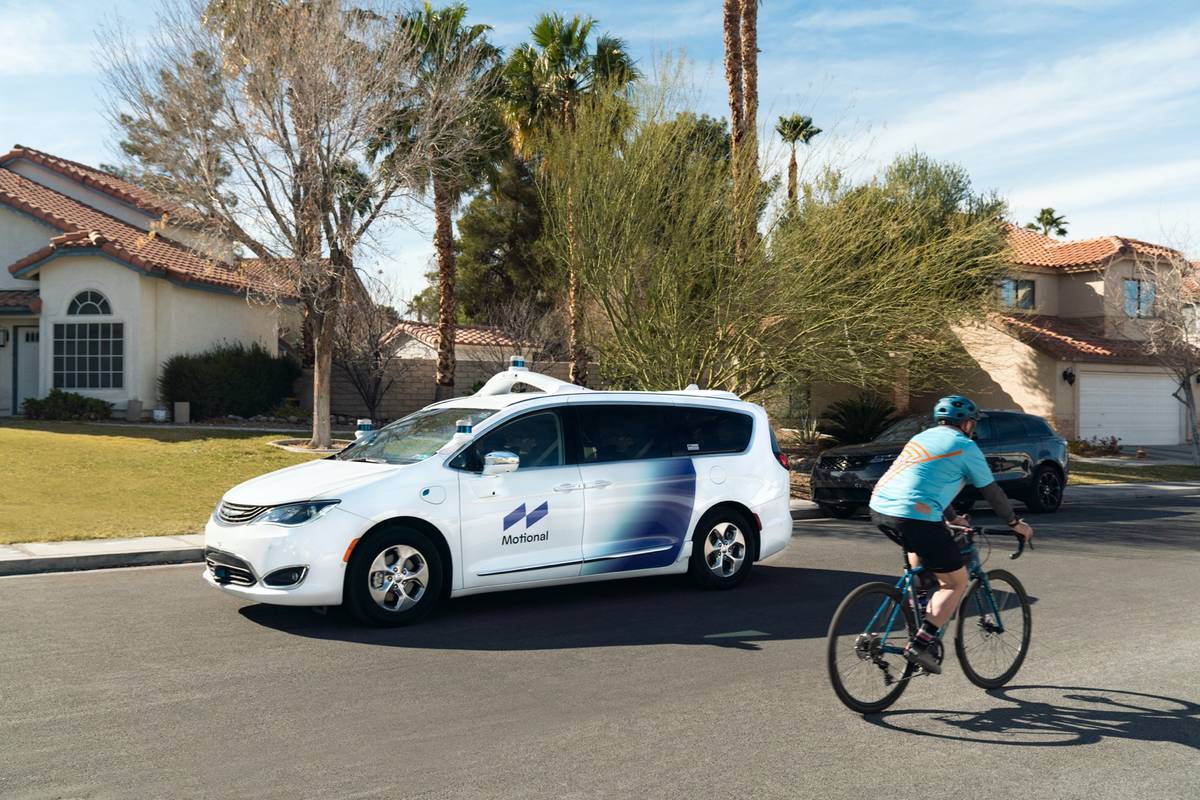 Motional, the joint venture between Aptiv and Hyundai Motor Group, conducted the tests with multiple self-driving vehicles traversing area roads, navigating intersections and sharing the road with other vehicles, cyclists and pedestrians without incident.

An image of testing provided by Motional shows one of its vehicles operating in a residential neighborhood, but the company did not provide the location of that test run. A spokesperson said the testing is being conducted in suburban residential areas of Las Vegas.

The test runs sans a safety driver occurred after Motional conducted autonomous vehicle testing for multiple years, including in Las Vegas, with a safety driver in place behind the wheel.

Additionally, Motional partnered with ride hailing giant Lyft to conduct what they describe as the longest-standing commercial robotaxi service in the world, occurring in Las Vegas since 2018, where over 100,000 rides have been given. There have been zero at-fault incidents during that time, Motional said.

Following that testing and commercial offering, the state of Nevada in November gave the company the green light to go driverless.

“Not all driverless systems are created equal. Ours is the product of decades of innovation, a relentless commitment to safety and process, more than a million miles of testing, and a rigorous external review,” Karl Iagnemma, Motional’s president and CEO said in a statement. “We’re one of the first companies in the world to go driverless. It’s a significant step on our path to making driverless vehicles a safe, reliable, and accessible reality, and a proud day for Motional.”

Following their success in Las Vegas, Motional and Lyft now plan to expand their commercial autonomous ride offering. In 2023 the two companies plan to begin a scalable, robotaxi, multimarket service.

“When that service launches, while groundbreaking, it too will be extraordinarily ordinary. Decades of innovation, a million and a half miles of testing, and rigorous safety checks and balances will give way to a ride that’s remarkably unremarkable,” Iagnemma said in a blog post. “When that happens, we’ll be on the road to saving millions of lives. We know it’s possible, and we’re not stopping until we get there.”