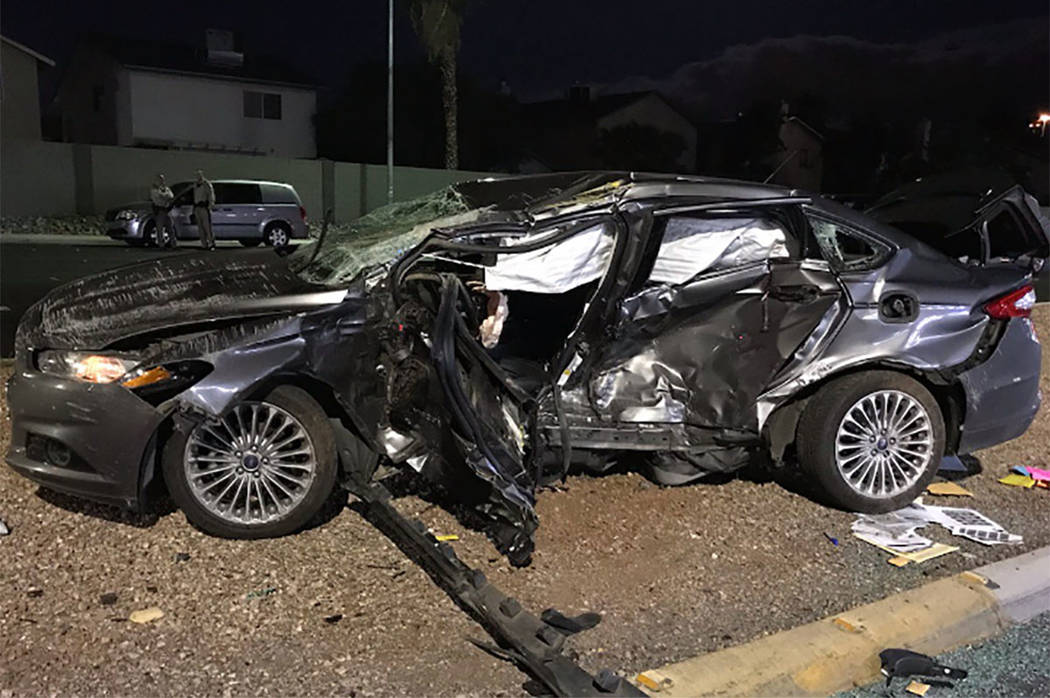 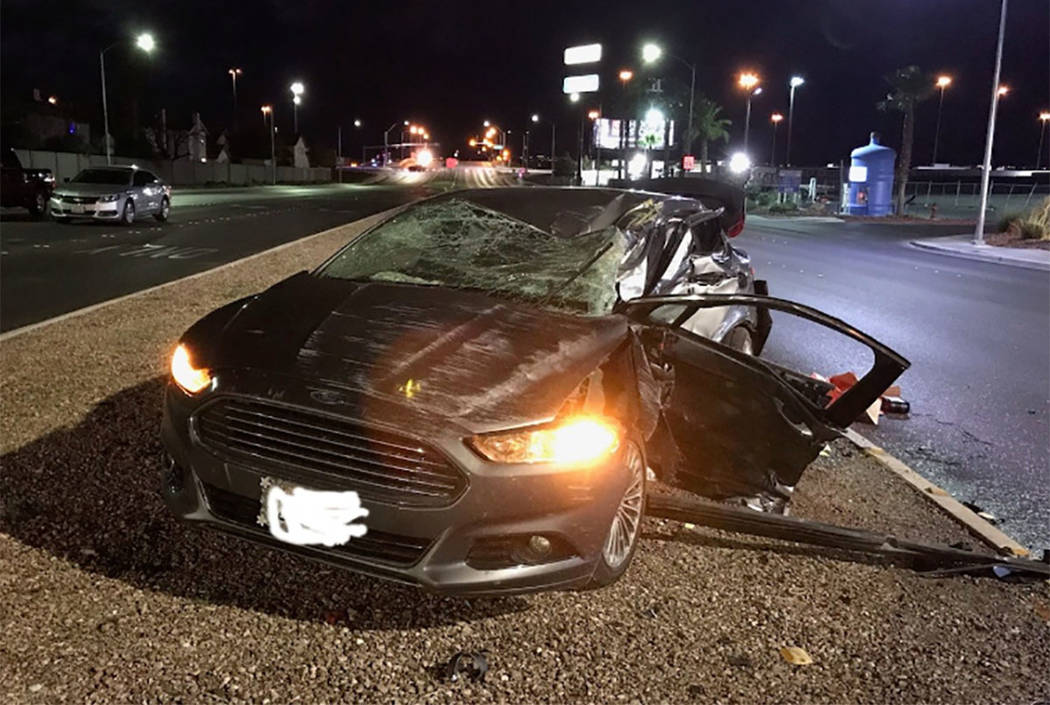 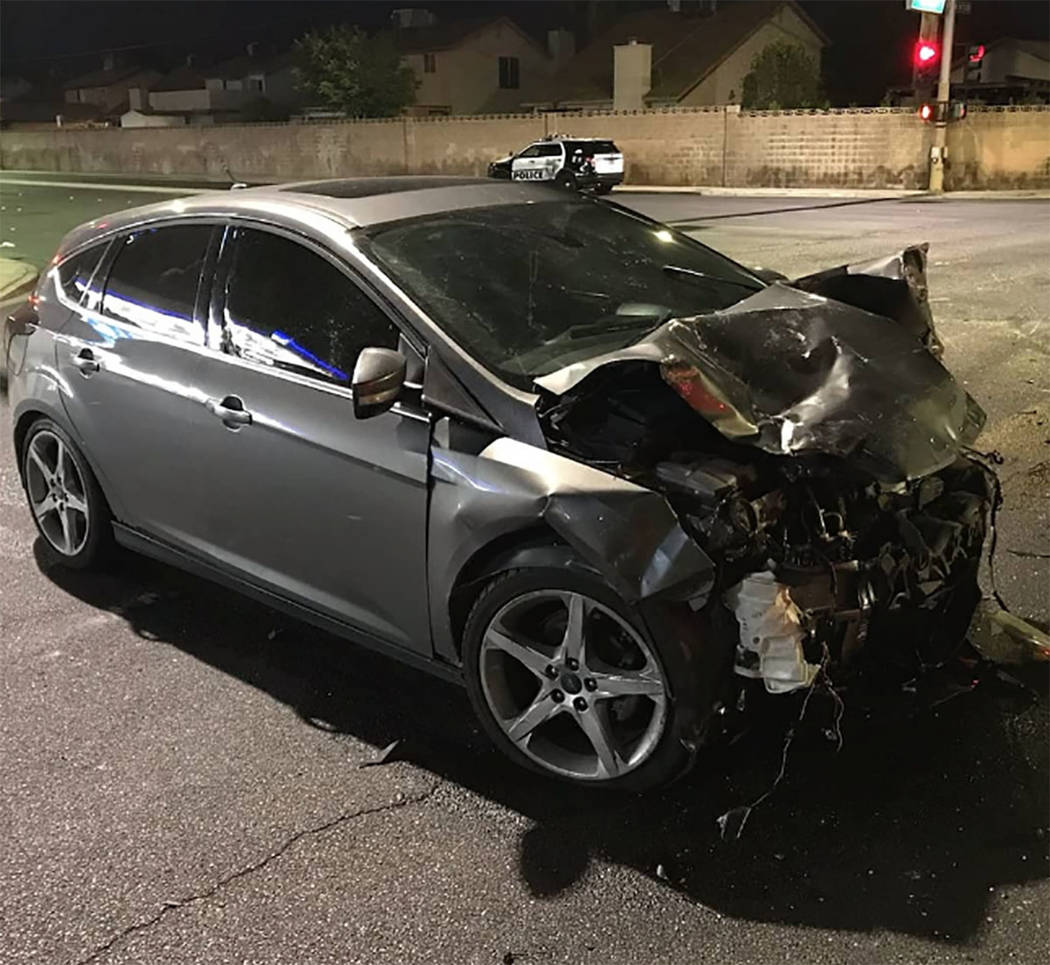 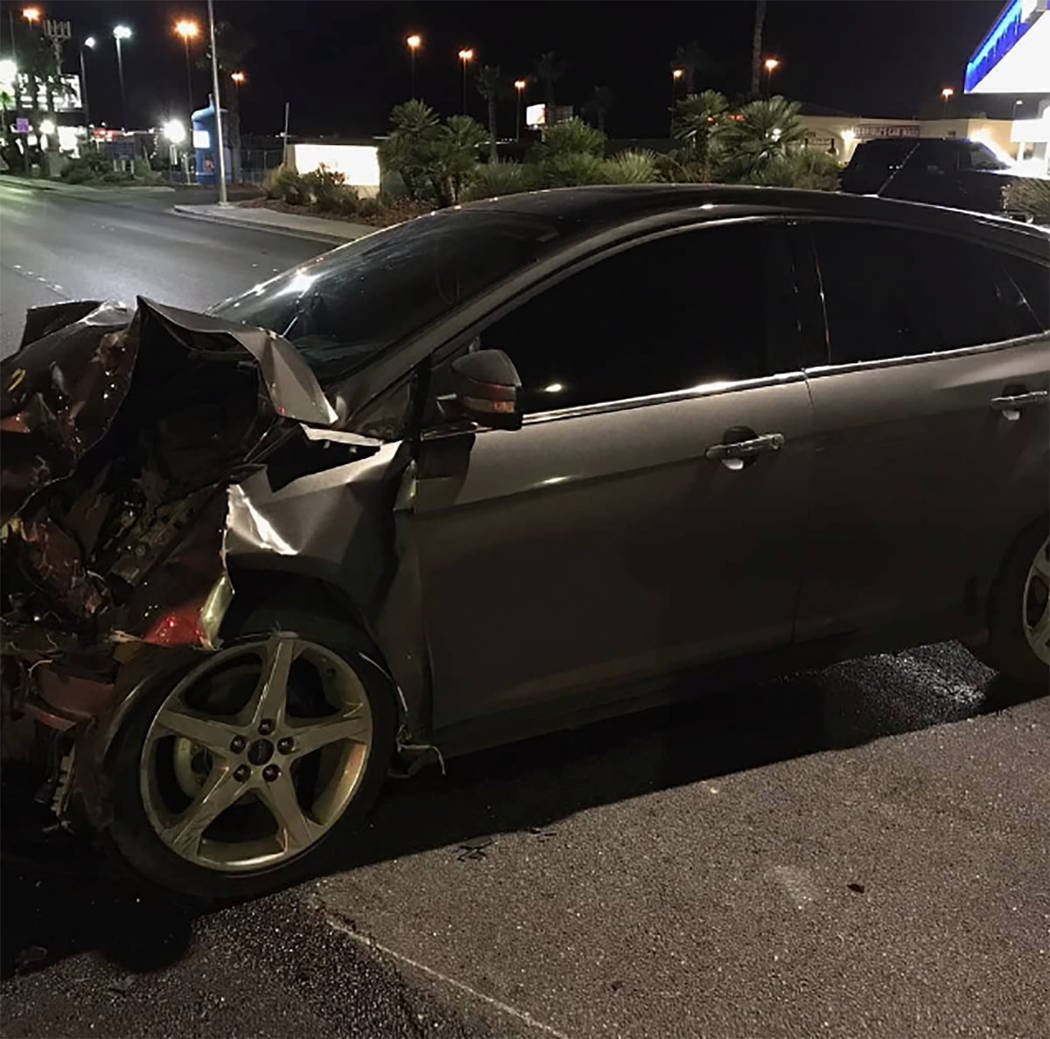 One California man is dead and another is hospitalized with critical injuries after a suspected DUI-related crash early Sunday morning in the northwest valley, according to Las Vegas police.

Metropolitan Police Department officers were called just before 2:15 a.m. Sunday to the intersection of West Craig Road and North Rainbow Boulevard, after a 2012 Ford Focus collided with a 2014 Ford Fusion, the department wrote in a statement.

The front of the Focus struck the left side of the Fusion. The driver of the Fusion, as well as its sole passenger, a 54-year-old man from Laguna Niguel, California, were rushed to University Medical Center with life-threatening injuries.

The 55-year-old driver of the Fusion died at the hospital, the statement said. The passenger was in critical condition Sunday morning.

Jayson Salzman, the driver and sole occupant of the Focus, was also taken to UMC with minor injuries. He was subsequently arrested on suspicion of DUI, police wrote in the statement.

His name and the cause and manner of his death will be released by the Clark County Coroner’s office after his family has been notified.

The intersection of Craig and Rainbow was closed for several hours. The Regional Transportation Commission announced just after 8:15 a.m. Sunday that roads had reopened.