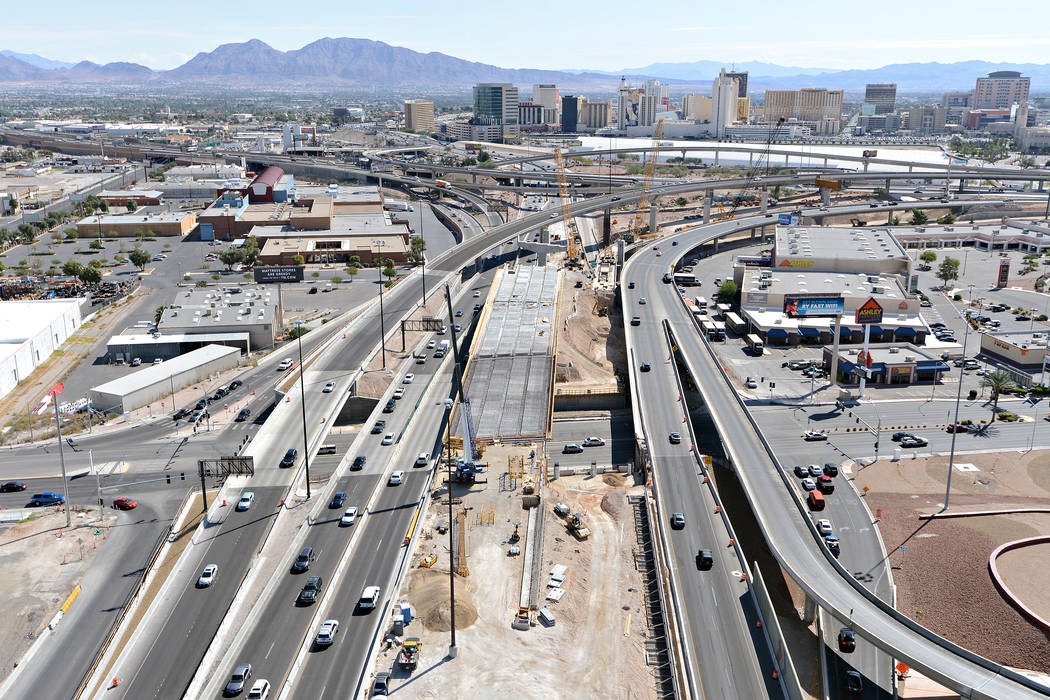 U.S. Highway 95 looking east at Martin Luther Boulevard in Las Vegas. To the right of the bridge is the new alignment of 95 U.S. southbound that was completed by Kiewit Infrastructure West Co., the general contractor under a $559.4 million design-build contract for Project Neon. (Kiewit Construction)

The final public meeting to discuss the next steps for Project Neon will be held Wednesday, the Nevada Department of Transportation said.

NDOT officials are expected to discuss several improvements for the ongoing $1 billion effort to redesign and widen Interstate 15 from the U.S. Highway 95 interchange to Sahara Avenue by July 2019.

The meeting is scheduled for 4 to 7 p.m. Wednesday at the Historic Fifth Street School, 401 S. Fourth St. in Las Vegas. Parking is available on campus and at city garages just west of the school.

The third and final round of major freeway ramp and lane closures, known as the “Main Event,” is expected to run from March to November, when both directions of Interstate 15 will be narrowed to three lanes between Sahara and Washington avenues, then further reduced to two lanes each way in the area immediately surrounding the Spaghetti Bowl interchange.