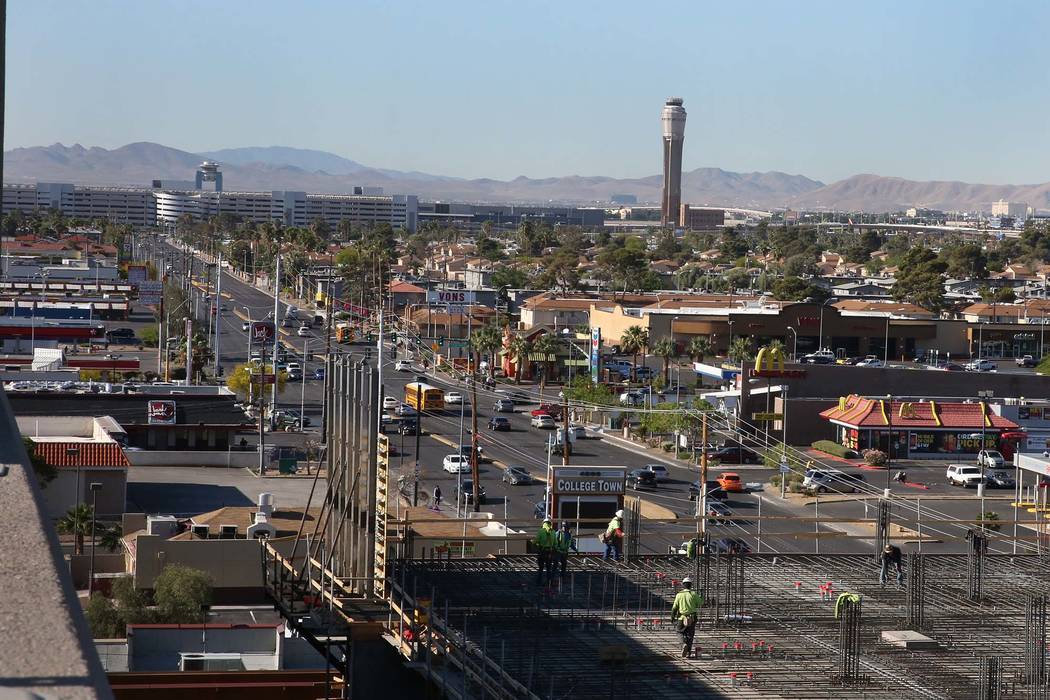 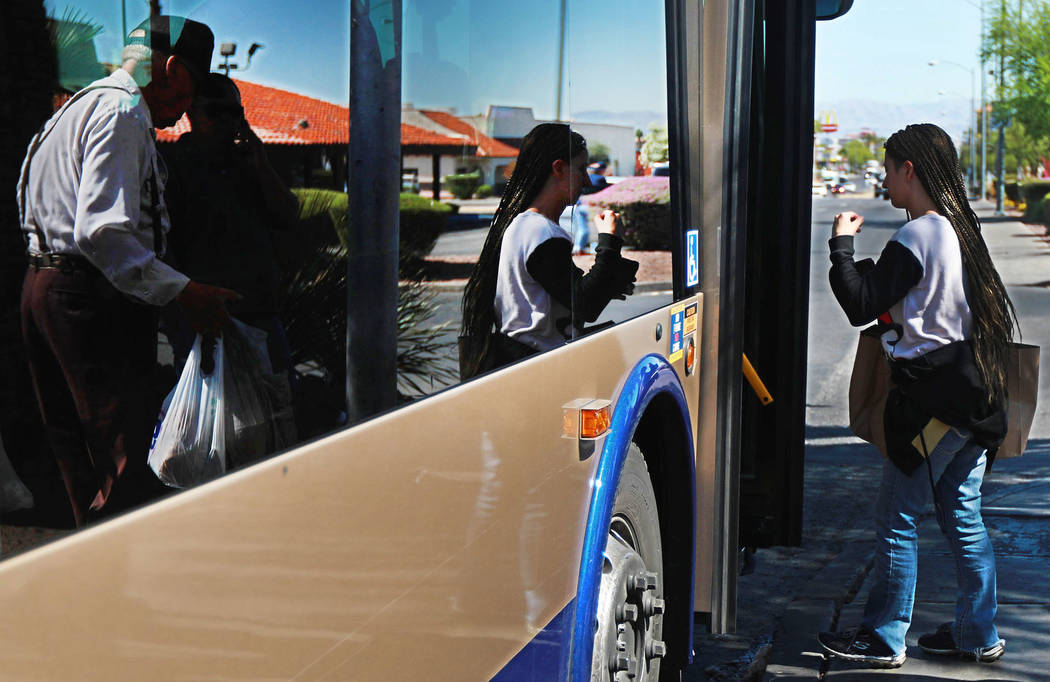 Riders board the bus at the stop near the intersection of Flamingo Road and Maryland Parkway in Las Vegas on Friday, May 4, 2018. Andrea Cornejo Las Vegas Review-Journal @dreacornejo 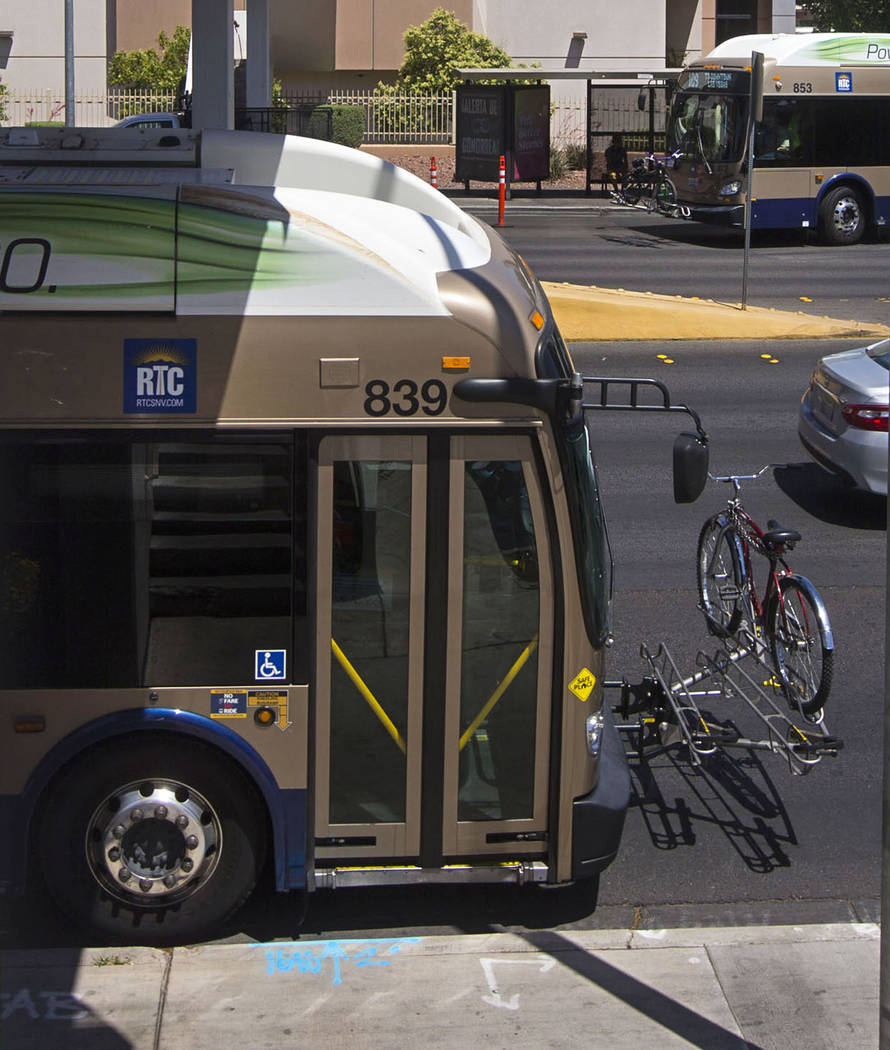 Buses make a stop along Maryland Parkway outside of Sunrise Hospital and Medical Center in Las Vegas on Wednesday, May 23, 2018. Chase Stevens Las Vegas Review-Journal @csstevensphoto 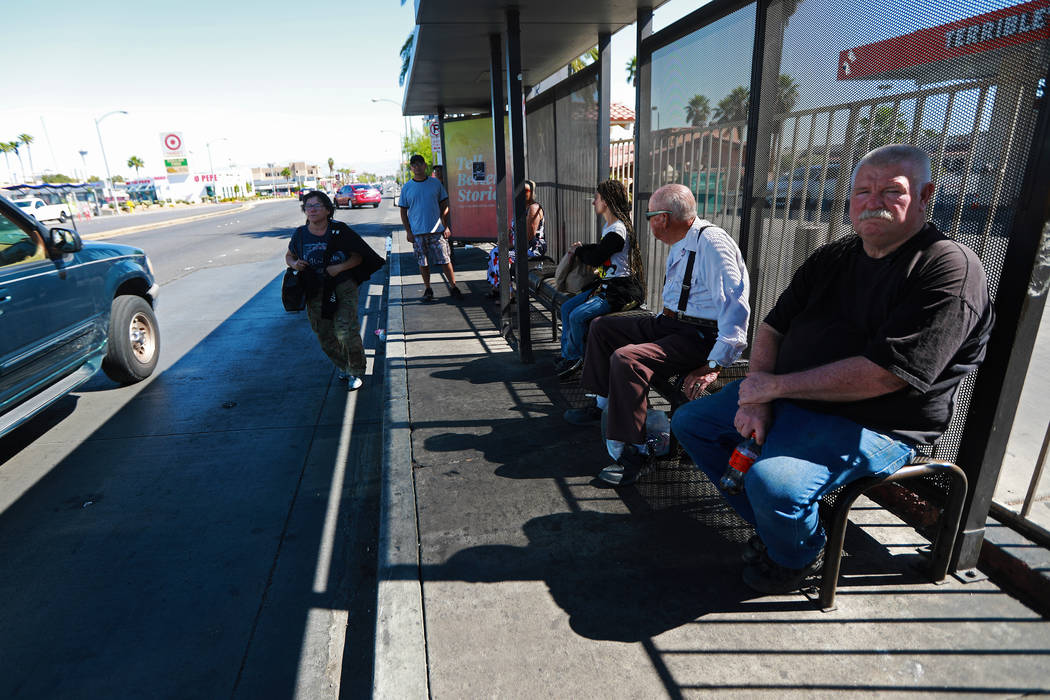 Riders wait for the bus at the stop near the intersection of Flamingo Road and Maryland Parkway in Las Vegas on Friday, May 4, 2018. Andrea Cornejo Las Vegas Review-Journal @dreacornejo 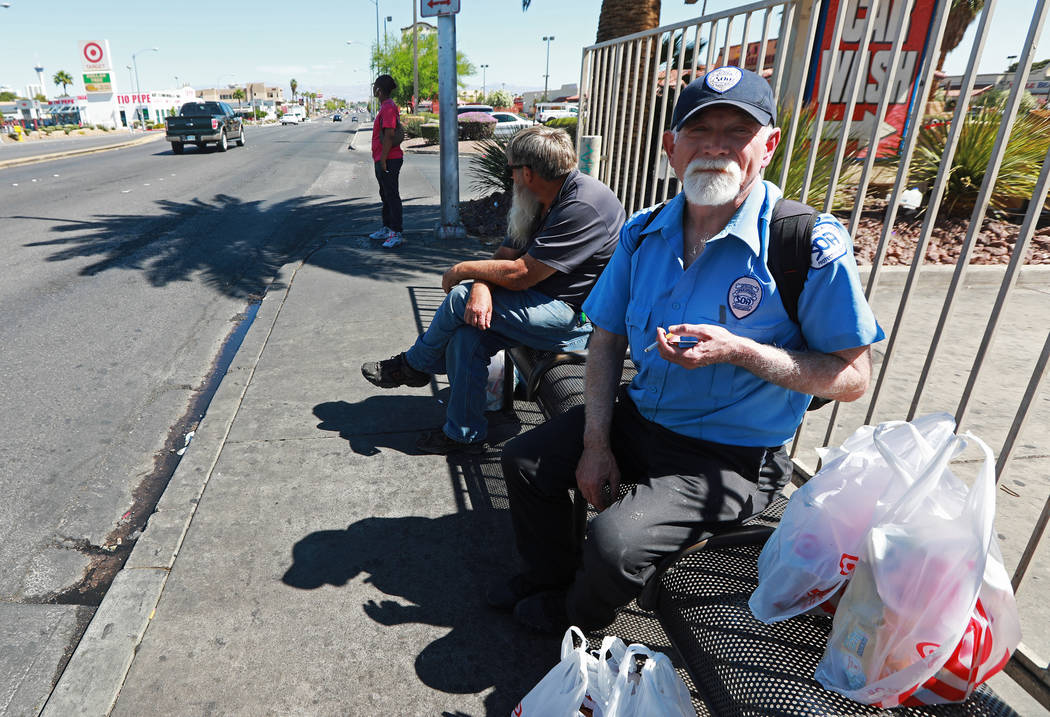 Jason Blackbird waits for the bus at the bus stop near the intersection of Flamingo Road and Maryland Parkway in Las Vegas on Friday, May 4, 2018. Andrea Cornejo Las Vegas Review-Journal @dreacornejo 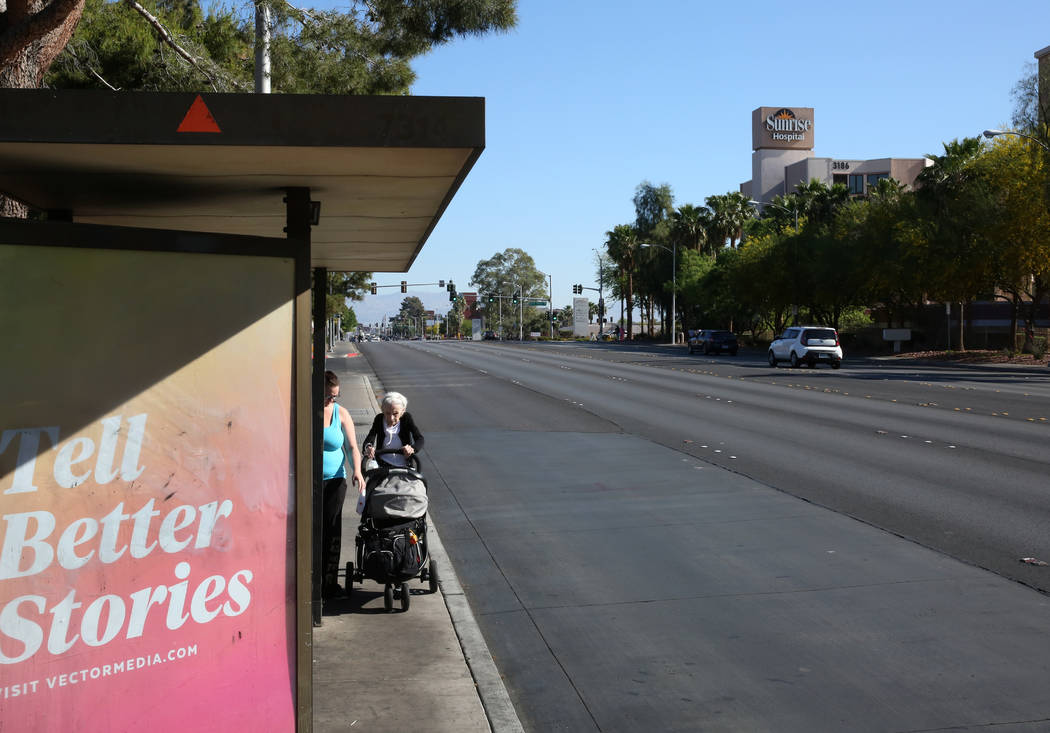 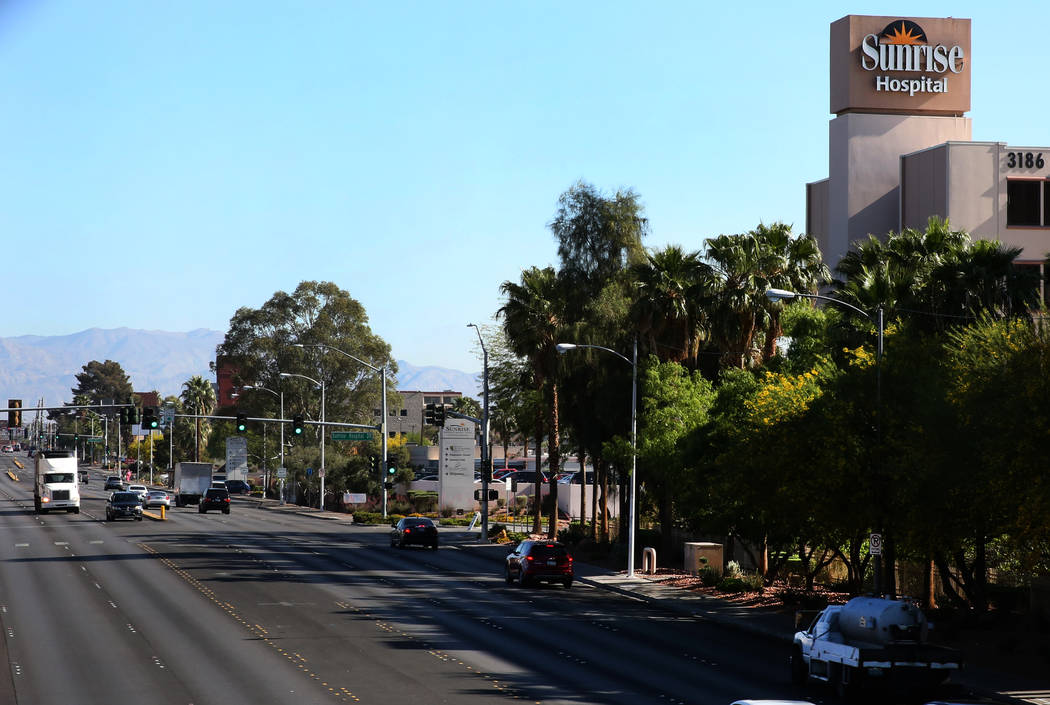 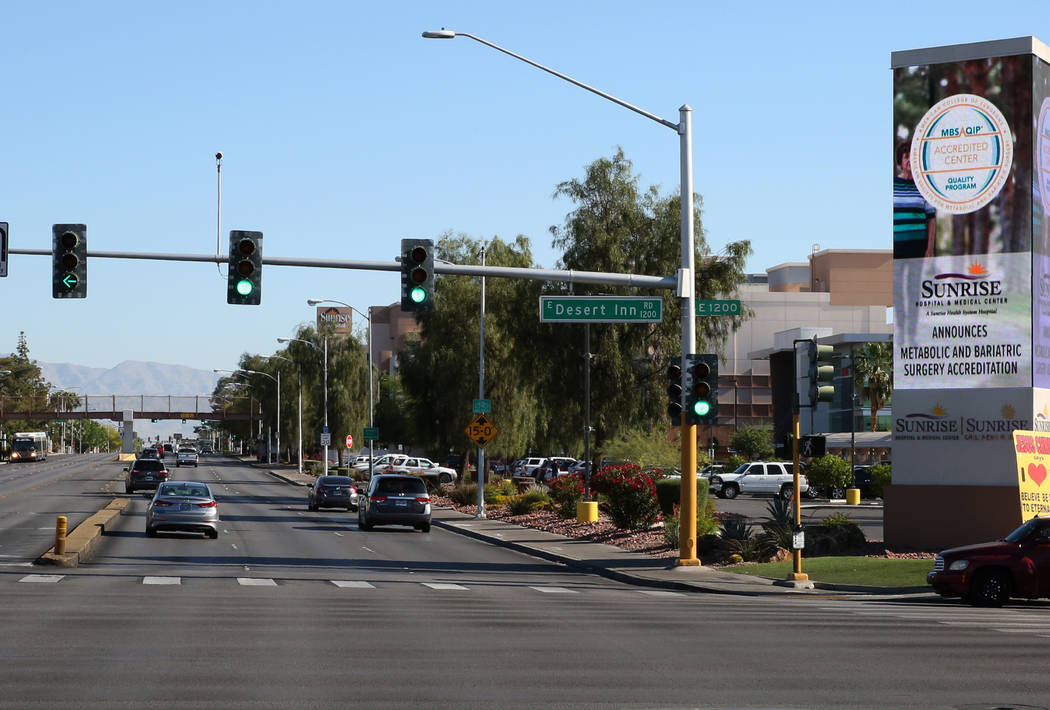 Second of a three-part series.

Funding for a proposed high-capacity transit system in Las Vegas doesn’t exist yet.

Officials at the Regional Transportation Commission of Southern Nevada said they plan to aggressively pursue a federal transportation grant that could pay for up to half of a $750 million light-rail line on Maryland Parkway or a bus rapid transit route that would cost $335 million.

Another significant funding source would probably come from a sales tax increase that could be decided by Clark County voters in November 2020.

“You have two things that are, at this point, more aspirational than they are sitting in the bank,” said Guy Hobbs, a financial adviser now serving as a project consultant for the RTC.

Even if a high-capacity transit plan is adopted in September, RTC officials would not know until 2020 whether they would receive money from the Federal Transit Administration through a competitive federal grant program known as New Starts, which specifically funds light-rail and bus rapid transit projects.

Hobbs and RTC Finance Director Marc Traasdahl said they believe that Maryland Parkway would be a prime candidate for the New Starts grant because there is a high potential for economic development surrounding the proposed 8.7-mile transit route, which would run from McCarran International Airport past UNLV, Sunrise Hospital and the Boulevard Mall to downtown Las Vegas.

If the New Starts grant is denied, then the funding burden shifts to what RTC officials are calling “local source revenue,” or a proposed sales tax increase. 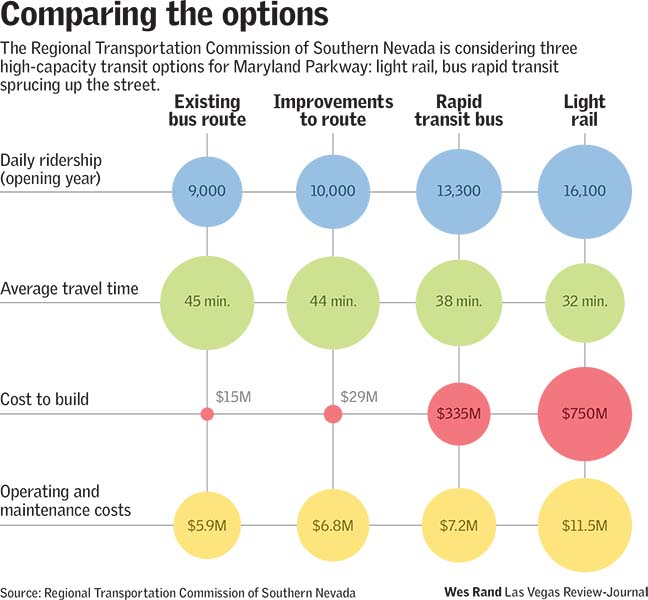 “That’s certainly not ideal,” Hobbs said. “We’re still early in the planning process, and the local source revenue hasn’t been identified … but I certainly wouldn’t say the project would be off the table if we did not get New Starts.”

Along with the federal New Starts grant, Hobbs said the RTC will also seek traffic congestion mitigation grants as well as a mix of state and local money.

From there, the funding formula would likely include a sales tax increase, which would be placed on the 2020 ballot, to pay for an array of transportation projects in Clark County, including the proposed light-rail or bus rapid transit line for Maryland Parkway.

While RTC officials have not yet determined how much they’d need to raise the sales tax, they are looking to Maricopa County, Arizona, as a model for the ballot question. Voters there approved a half-cent sales tax in 2004 that funded a mix of freeways, streets, bicycle paths, buses and a light-rail line.

Voters in Denver approved a six-tenths of 1 percent sales tax increase in 1994 along with a subsequent four-tenths increase to pay for light rail and other transit projects.

“The fact other communities settled on a sales tax isn’t a particularly surprising thing because it’s generally a robust revenue source, and in the credit markets, it’s a well-understood source of revenue pledge for bonds,” Hobbs said.

In 2016, Clark County voters approved Question 5, a 10-year extension of the fuel revenue index tax that took effect in 2013 to pay for regional road improvements. The tax is projected to generate about $3 billion, paying for nearly 200 transportation projects.

RTC officials said Clark County has over $6 billion in improvements that need to be addressed over the next decade, only half of which are covered by the fuel revenue index tax extension.

Additionally, the RTC is barred from dipping into fuel taxes to pay for light-rail projects.

Gov. Brian Sandoval signed a bill in June 2017 that gives the RTC until the end of 2020 to seek light-rail funding through a sales tax hike.

“The sales tax we’re studying is not just dependent solely on Maryland Parkway, but rather a bigger and broader plan based on what the community desires,” RTC spokeswoman Angela Castro said. “Hypothetically, if our community decides that Maryland Parkway isn’t a priority or they don’t want this sales tax to go on the ballot, then we won’t go.”

Moving forward, RTC officials might want to learn a few lessons from their counterparts in Nashville, Tennessee, where voters in May overwhelmingly rejected a referendum that called for increases to four city taxes to fund a $5.4 billion transit infrastructure plan anchored by light rail.

Amanda Clelland, a spokeswoman for the Nashville Metropolitan Transit Authority, did not return several phone calls and email messages inquiring why the measure lost.

An editorial in Nashville’s daily newspaper, The Tennessean, cited several factors in the measure’s defeat, including a failure by the city’s transit agency to address several concerns raised by residents.

“We heard repeatedly from peer communities and transportation leaders who have been successful that we must be inclusive and develop an ecosystem of transportation options,” Quigley said.

Those sentiments were echoed by former U.S. Transportation Secretary Anthony Foxx during a visit to Las Vegas in April, when he spoke to about 160 people gathered for a transit symposium held at UNLV.

“It’s really important to get good, thorough, inclusive public input,” Foxx, who was transportation secretary from 2013 to 2017 under President Barack Obama, told the Review-Journal prior to his speech.

“If you don’t do that part right and you ask voters to approve bonds, a referendum or whatever comes next, it becomes measurably harder,” Foxx said. “People don’t like it when they feel their voices aren’t being heard.”