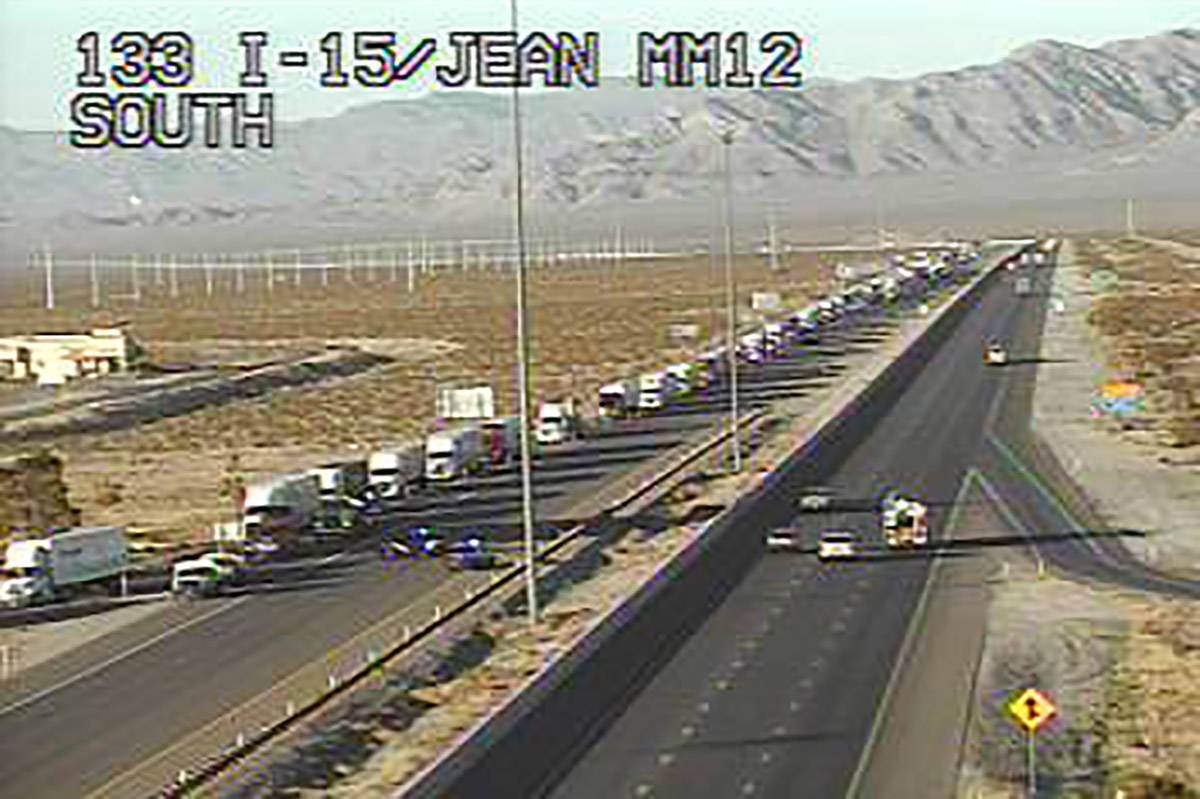 Interstate 15 northbound near Jean has been reopened after being closed for several hours early Thursday for a rollover crash.

A vehicle rolled off the freeway about 3:30 a.m., Nevada Highway Patrol Trooper Jason Buratczuk said, adding that impairment was suspected.

Four motorists were taken to University Medical Center with unspecified injuries, but a female passenger was later reported in critical condition. Some passengers were ejected, Buratczuk said, and some were minors.

Northbound traffic was exiting the freeway at mile marker 12 near Jean before freeway traffic resumed about 7 a.m.