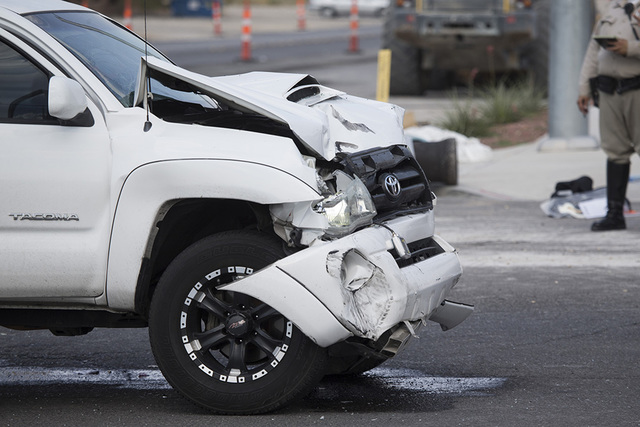 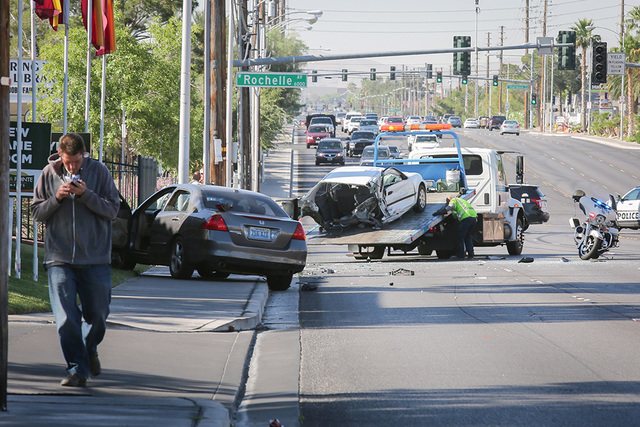 The number has continued to rise since 2012.

“We could reduce accidents a lot if people would just obey the traffic signs,” said Metropolitan Police Department public-information officer Laura Meltzer. “Speeding is a big factor in a lot of accidents, and so is distracted driving.”

Meltzer noted that while many people think of cellphone use when they think of distracted driving, many other activities can take drivers’ attention away from the road — including adjusting the radio or climate control, eating and applying makeup.

The vast majority of motor vehicle accidents take place in the city’s intersections, particularly those near the resort corridor and highways. But a map of crashes in 2015, compiled by Eric H. Woods law offices, shows that accidents happen all across the valley.

The crash map at ericwoodslaw.com breaks accidents down into four categories: fatality, injury, both and no injury.

A crowdsourced map at badintersections.com and the map provided by the law firm can provide vital information for those who want to avoid dangerous intersections.

“We used to get a weekly report that included the top intersections where accidents were occurring,” Meltzer said. “It tended to be a lot of the same intersections, and the order they were in the list would shift around.”

During a rainy day Dec. 22, the Nevada Highway Patrol responded to 189 crashes, 44 of which resulted in injuries.

“It was a very busy day,” said Tony Illia, spokesman for the Nevada Department of Transportation. “The worst one I’m aware of was when the second tractor trailer jackknifed and punctured the tank and spilled over 100 gallons of diesel fuel. We had to contract with an environmental company to clean it up, which was really tough because the rain was taking it all over the place.”

The causes of crashes are well-known: Drivers who travel at unsafe speeds, are distracted or are fatigued are more likely to be involved in an accident. Other factors are out of an individual’s control but are much less common, including vehicle defects and poor intersection design.

“People need to understand that the character of the roads in town has changed so fast as things have quickly developed,” Illia said. “Boulder Highway, for instance, has gone from being a major route for motor vehicles to being a place with a lot of pedestrians.”

Even though Interstate 95 handles most of the traffic flow that Boulder Highway once did, the latter remains a heavily traveled road, with wide multiple lanes. NDOT is adding new offset crosswalks that allow a pedestrian to travel halfway across a road and stop at a safety island.

“All of the crosswalks in the world won’t help when a pedestrian dashes across between intersections dressed as a ninja,” Illia said. “Impairment on the part of the pedestrian or the driver plays a pretty big role in the motor vehicle and pedestrian accidents.” 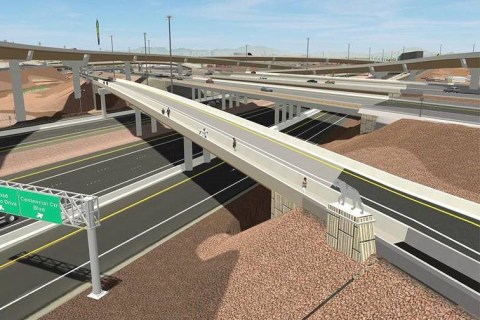 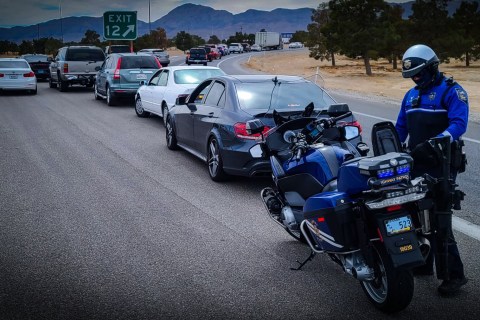