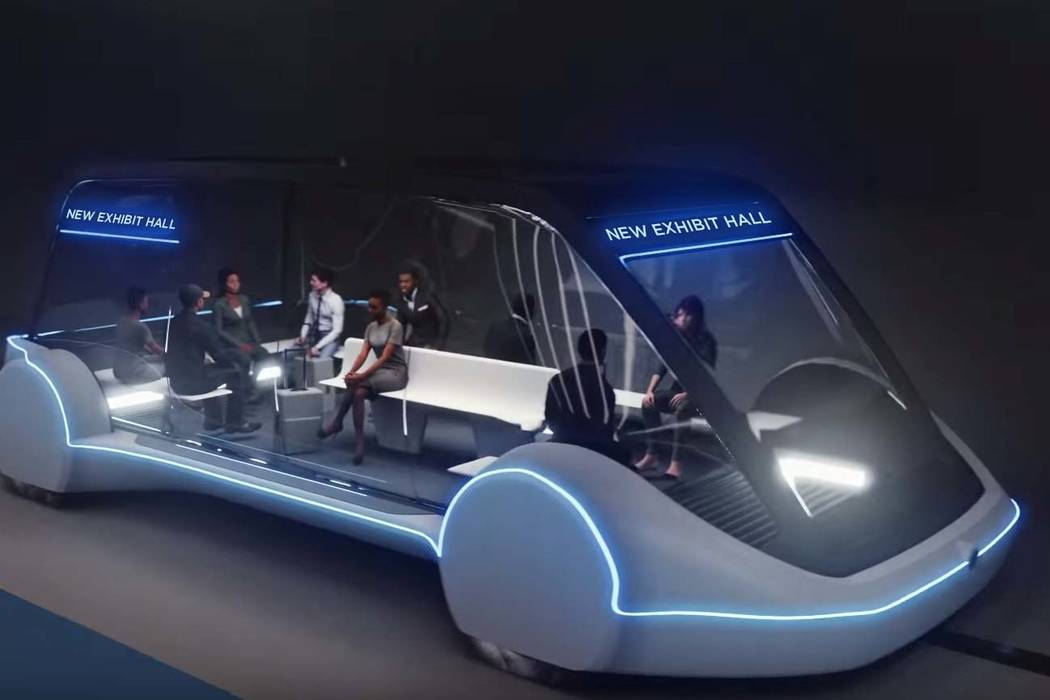 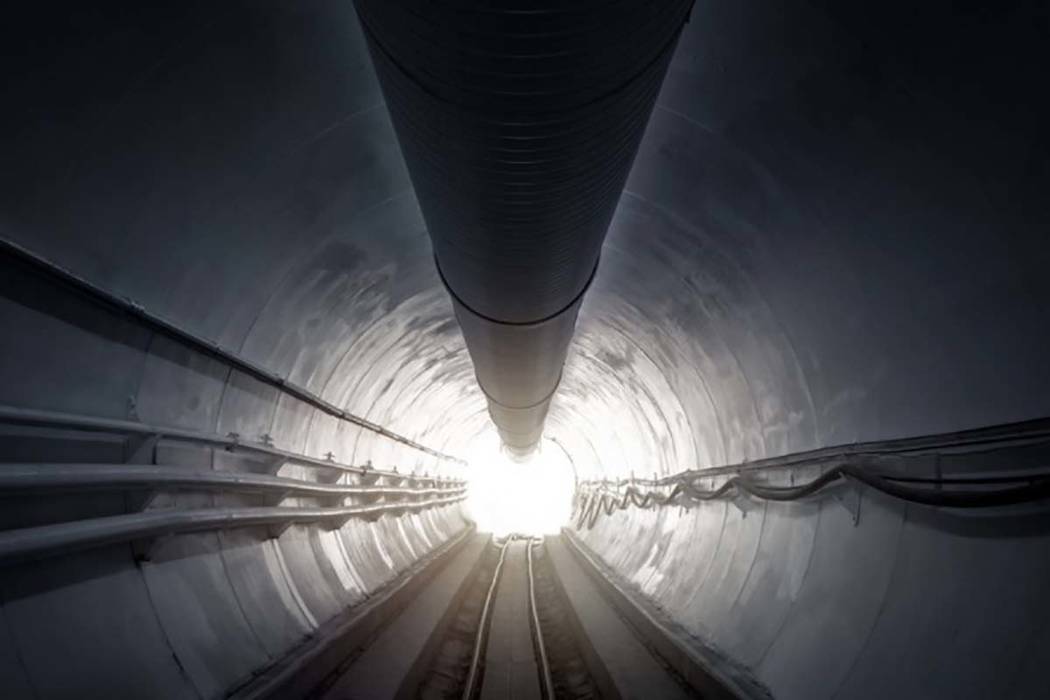 Since traveling around the resort corridor can be a time consuming act when high volumes of visitors descend on Las Vegas, going underground could vastly expedite trips in and around the city’s main economic driver.

The vehicles in the tunnels can reach speeds of more than 100 mph without traffic limitations and, depending on the length of the ride between stations, could travel to popular destinations up to four times faster than by car, Hill said.

“The trip from the convention center to the stadium would be about five minutes,” Hill said Thursday at a “Disruption is Coming” conference at Red Rock Resort. “Where now, if you run up and down the Strip, it’s typically in the 20-minute range.”

Last month, the LVCVA approved an almost $50 million underground people mover project headed by the Boring Co., to serve the expanding Las Vegas Convention Center, with the possibility of extending the route.

Future buildout could include the Las Vegas Strip to the Mandalay Bay to cater to the stadium and then to McCarran International Airport, if the initial project proves successful.

“The plan is to push out the system into the city, through the Resort Corridor and really out into the city itself over time,” Hill said.

The land owners along the Strip and Clark County would have to agree to the project, while the U.S. Department of Transportation and the Federal Aviation Administration would have to approve any extension to the airport. Hill said initial conversations have been had with the two agencies and the chances that those plans could be approved seems favorable.

“We have talked to the federal DOT and the FAA … they think very highly of the potential of this project and they think there’s a very good chance that we could connect the airport to the Strip, which is really one of the most important connections for the city moving forward.”

Stations would be constructed at the major resorts on the Strip, with the Boring Co. financing the tunnel project itself and the individual resorts paying for their respective stations, Hill said. Riders would hail rides on the system like Uber and Lyft, with varying charges for different destinations.

Construction of the convention center tunnel project is scheduled to begin by September and be complete, safety tested and ready to be fully operational by January 2021.

The LVCVA will pay for the convention center project, as it will not charge passengers for riding on the system.

If the tunnel is extended down the Strip, between 12,000 and 18,000 people could be moved through the possible Las Vegas Boulevard tunnel per hour.

The capacity for the convention center project will be up to 4,400 passengers per hour, using between 90 and 140 vehicles servicing five stations, Hill said. It would take just under two minutes to travel between the two furthest stations.

There are provisions in place for the LVCVA to recoup its costs in the event the system does not operate as advertised.

“If the system doesn’t work, we will get all of our money back,” Hill said.

Aside from an underground vehicle system, the convention center project will include an underground pedestrian aspect allowing for safer crossing of Swenson Street from a parking lot where Station 5 will be located.

Going underground with a pedestrian tunnel is cheaper than constructing a pedestrian bridge, Hill said, so, if successful, the concept could be replicated on Las Vegas Boulevard.

A pedestrian tunnel can be built at about $10 million per mile, compared to a pedestrian bridge, which runs between $15 million and $20 million, Hill said.

“We think this may have an application in the resort corridor as well,” he said.