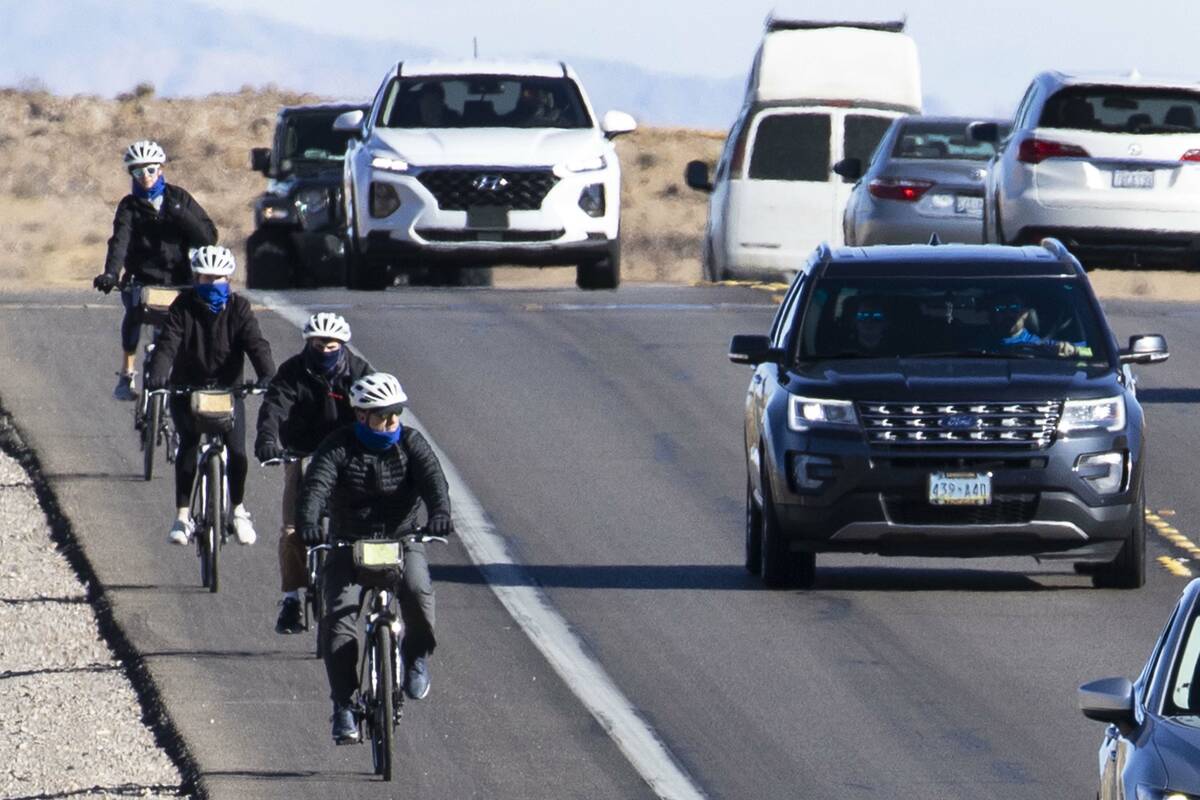 Work on the long-talked about Red Rock loop trail is expected to begin before year’s end.

The over $100 million project aimed at outdoor enthusiasts — especially cyclists and runners — will be carried out in five phases, with phases one and five being the first to be constructed, according to Clark County Commissioner Justin Jones. At full buildout, the planned 20-mile trail will connect an area just outside the Red Rock Visitors Center in Summerlin to an area in the southwest near Durango and Blue Diamond Road.

The $14.7 million phase 1 trail from Sky Vista Drive in Summerlin to the visitor center at Red Rock Canyon National Conservation Area will be the first section to be constructed.

“They are pretty far along on that phase,” Jones said. “It will probably be put out publicly in an environmental assessment report that will have a comment period in about six weeks, so you’ll see that pretty soon. They are hoping to bid it out and get started on construction, hopefully by the end of the year, which is exciting.”

Phase 1 includes adding a parking lot and traffic signal just west of West Tech School in Summerlin. A bridge will be built underneath an existing bridge in the area, with the phase expected to be complete sometime next year, Jones noted.

The Bureau of Land Management is the lead agency on the majority of the project as most of the land in the Red Rock area is under its control.

Phase 5 will be the second phase to be constructed and will link Mountain’s Edge and the Blue Diamond township. Phases two-four, which will eventually link phases one and five, will be built in succession afterwards.

Phase five also includes extending the trail from Hualapai Way to near Durango Drive where there’s an existing trailhead and Southwest Ridge Park, which is under construction.

“That one (Phase 5) is also fully funded and that’s the next one up for planning,” Jones said. “The BLM is going to be the lead agency and they are already in the design phase and are going to be going out to bid starting next year.”

The BLM has already secured $35 million in funding for phases two through four, with $30 million more needed to complete the funding.

“So overall it’s going to be more than a $100 million project,” Jones said. “Hopefully we’ll be done in three-and-a-half years.”

Jones, an avid cyclist himself, said the trail will be a huge addition to the Red Rock area, one that is already popular with cyclists and runners alike.

As it stands now, those who ride or run in the Red Rock area have to share State Route 159 with vehicle traffic. That factor turns some away from enjoying it, due to the safety issues it presents.

“I think this will not only benefit those of us who are already cyclists, but probably more importantly, will be a benefit to those who are understandably scared to ride a bike or take a run out on the loop,” Jones said. “This will really give them an opportunity to access the beauty of Red Rock Canyon in a safe way.” 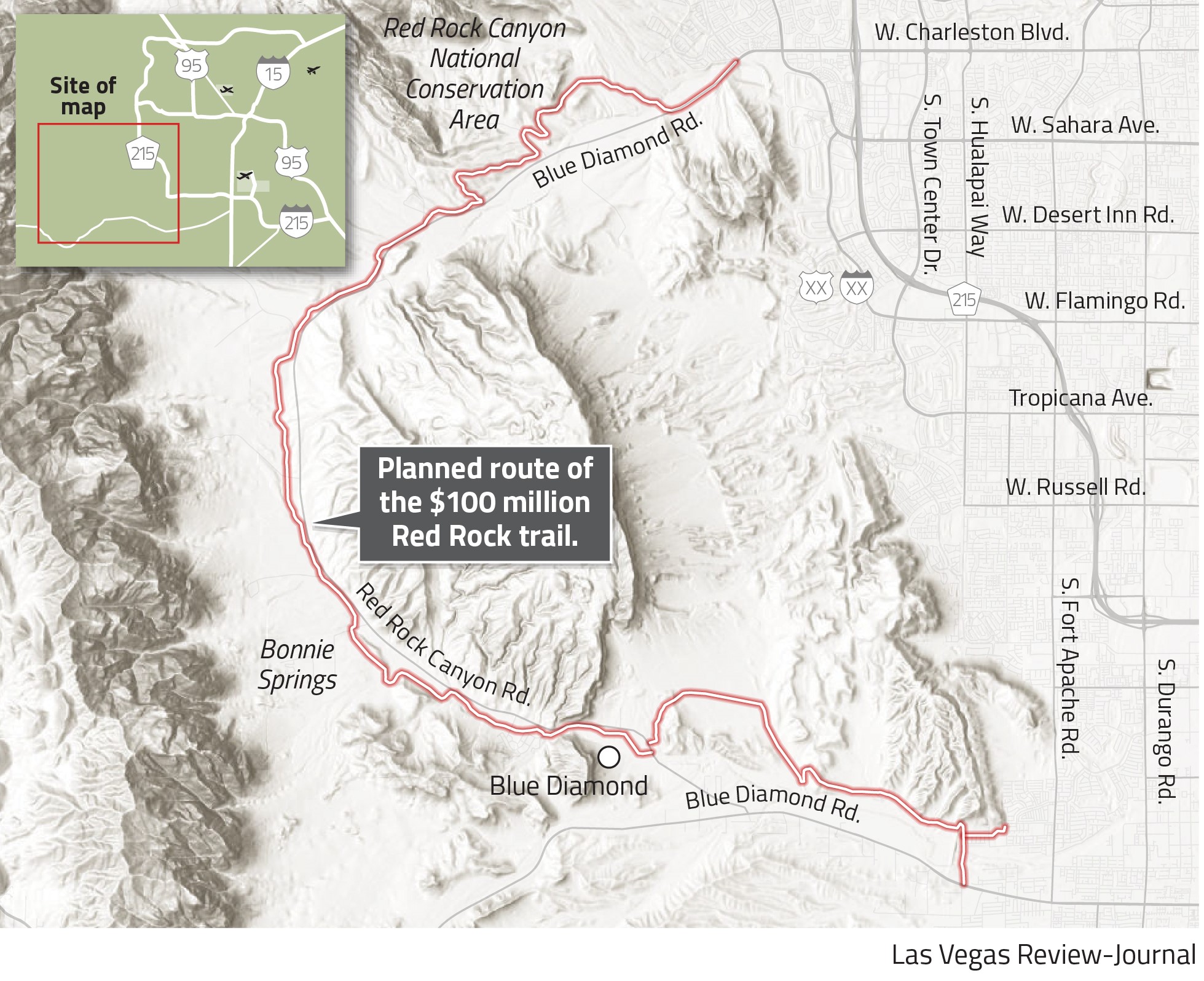