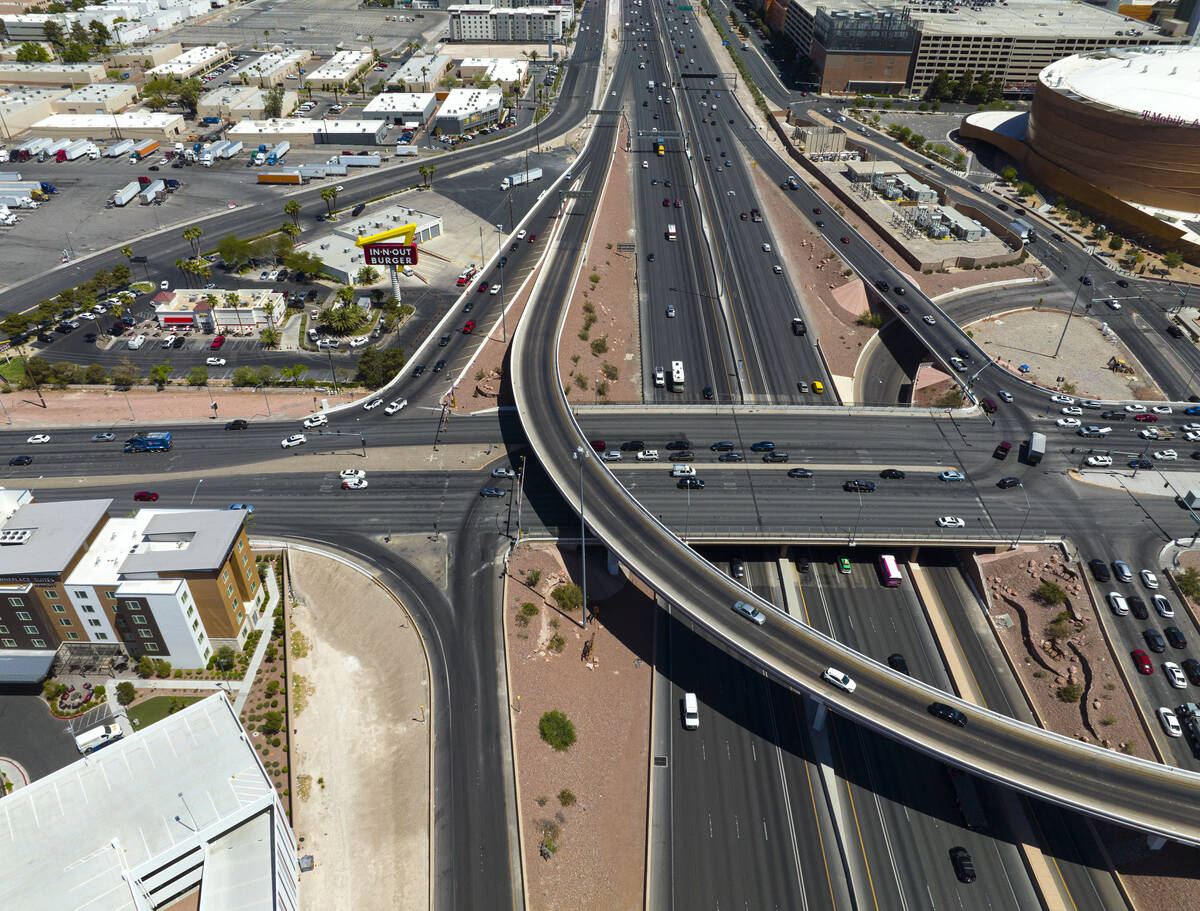 An aerial view of the I-15/Tropicana Interchange on Tuesday, May 31, 2022, in Las Vegas. Crews on Tuesday kick off the massive, $305 million Tropicana-Interstate 15 interchange project near the Las Vegas Strip. (Bizuayehu Tesfaye/Las Vegas Review-Journal) @btesfaye 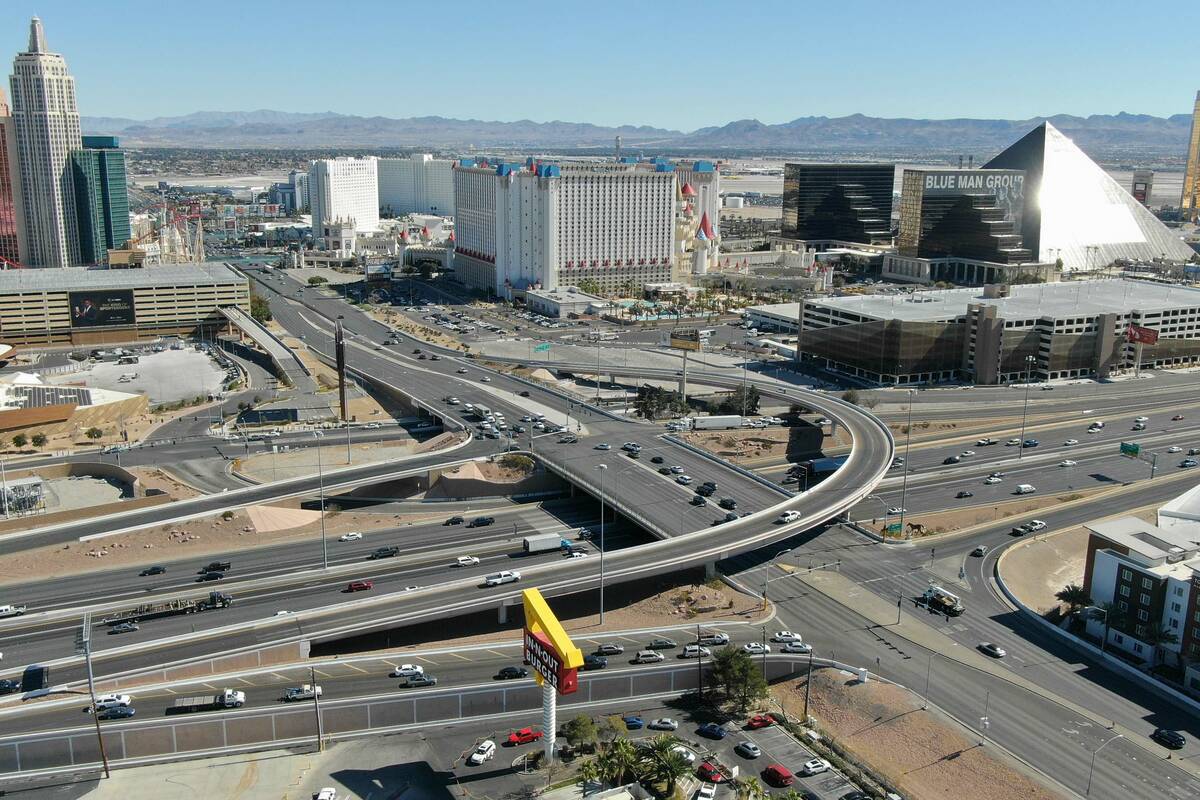 A three-year-long traffic headache begins this week for motorists traveling Interstate 15 near the Resort Corridor.

Motorists this week will begin to encounter the first major road impacts on I-15 tied to the $305 million reconstruction of the I-15/Tropicana Avenue interchange.

The carpool lanes on both the northbound and southbound sides of I-15 between Warm Springs Road and Tropicana will be closed 24/7 starting Thursday and continuing through Aug. 25, the Nevada Department of Transportation announced Monday.

Additionally, varying overnight lane reductions of I-15 will take place beginning Monday night. The lane closures are needed for crews to pour foundations for 10 new dynamic messaging signs on the freeway.

The initial overnight closures include:

— I-15 northbound reduced to three lanes near Russell Road.

— I-15 northbound reduced to two lanes between Warm Springs and Hacienda Avenue.

— I-15 southbound HOV lane closed between Hacienda and Warm Springs.

— I-15 northbound reduced to four lanes between Warm Springs and the 215 Beltway.

— I-15 southbound reduced to three lanes between Russell Road and Sunset Road.

— I-15 reduced to three lanes in both directions between Warm Springs and Sunset.

In addition, there will be nightly lane reductions in both directions between Warm Springs and Tropicana from 9 p.m. to 5 a.m. Sunday through Thursday until Aug. 25.

After installing 42 active traffic management signs toward the end of Project Neon, NDOT officials realized the benefits that would be derived from installing them at the beginning of this project.

“ATM signs are being installed during the early phases of the project to assist with traffic management during the duration of construction,” NDOT spokesman Justin Hopkins said.

The signs will help NDOT direct traffic through closures and will become especially handy when full closures of I-15 occur, Hopkins said.

Sometime after the HOV lanes reopen to traffic on Aug. 25 they will be utilized as general purpose lanes for about 18 months while other I-15 lane closures are in place. NDOT will announce those specific dates at a later time and the ATM signs will note when the lanes are open to all motorists.

Aside from the I-15 work, an upcoming traffic shift on Dean Martin Drive is slated to occur tied to the project.

— Dean Martin Drive will be down to one lane in each direction between Tropicana and Flamingo Road.

— Dean Martin northbound right lane will be closed between Tropicana and Flamingo. Two lanes will remain open in each direction.

The sign installation work is part of phase 1 of the I-15/Tropicana project. The initial phase is planned to last until early 2023. The almost three-year project is planned to be substantially completed at the end of 2024, with full project close out eyed for mid-2025.