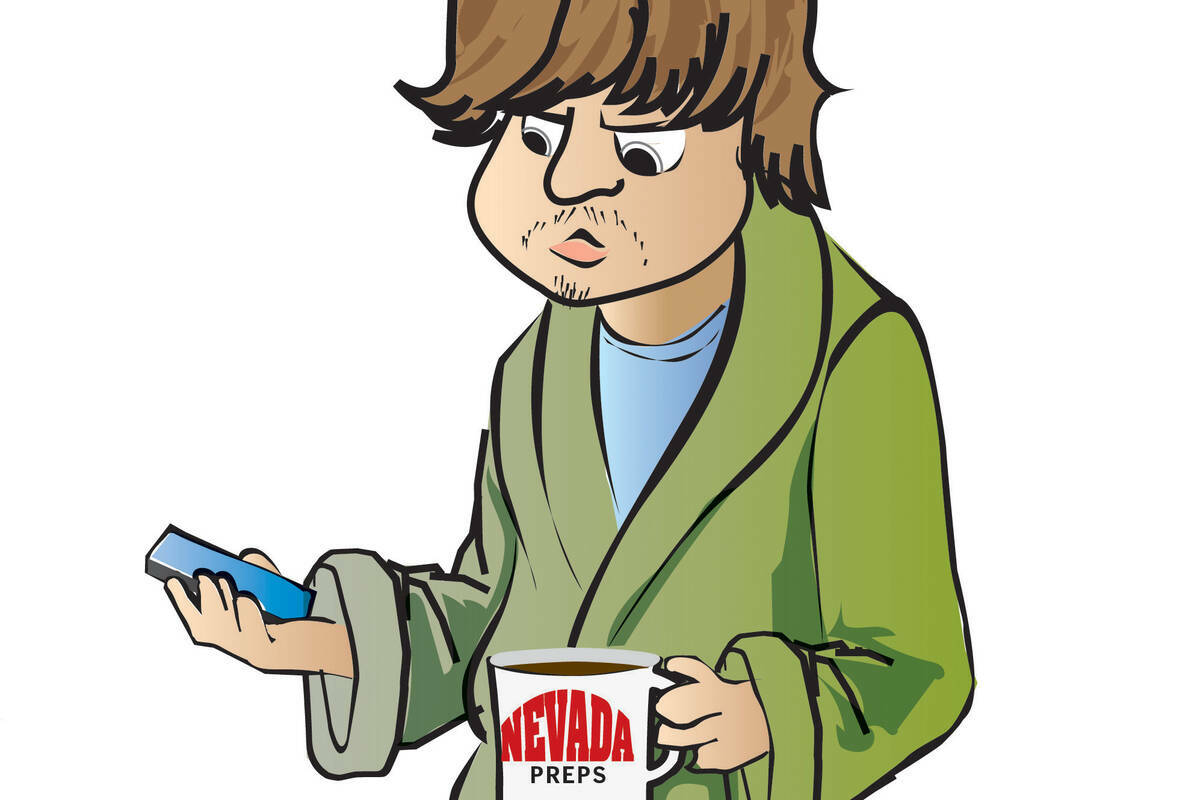 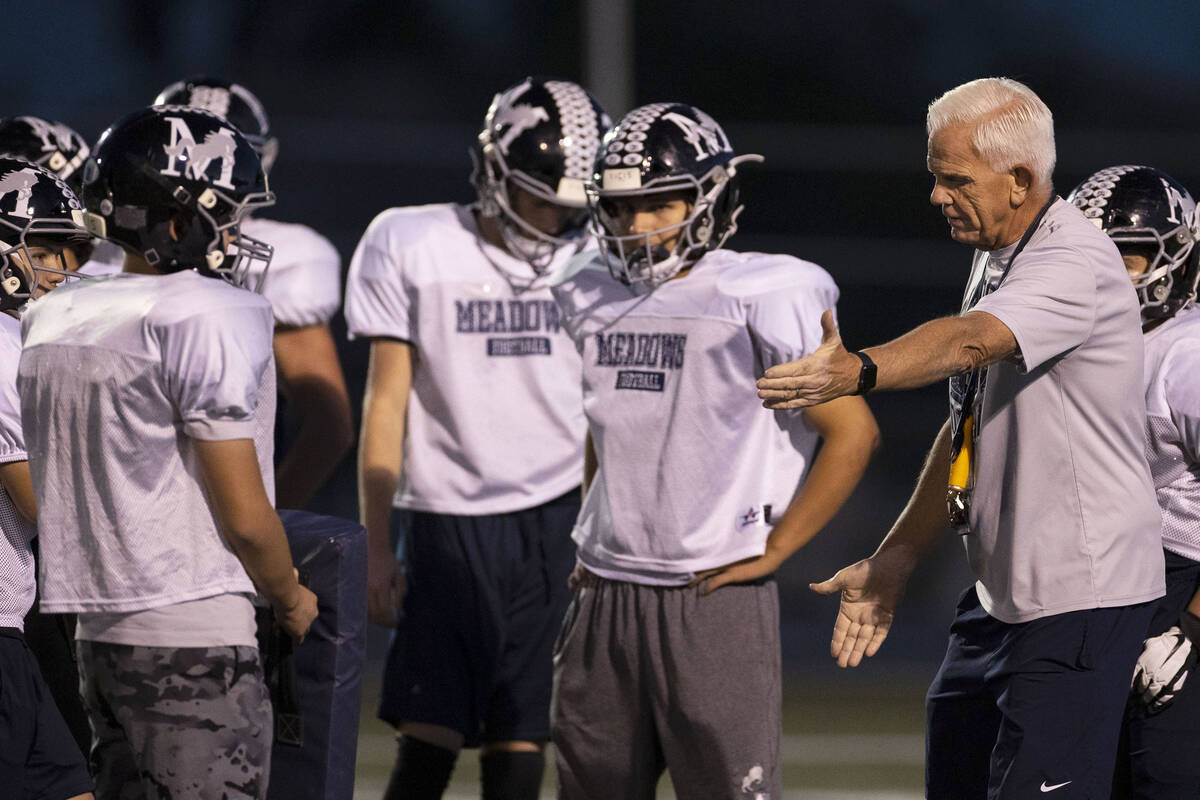 The Meadows High School football head coach Jack Concannon directs his players during practice, on Tuesday, Nov. 16, 2021, in Las Vegas. The Meadows will play for the 2A state championship against Yerington on Thursday at Allegiant Stadium. (Bizuayehu Tesfaye/Las Vegas Review-Journal) @bizutesfaye 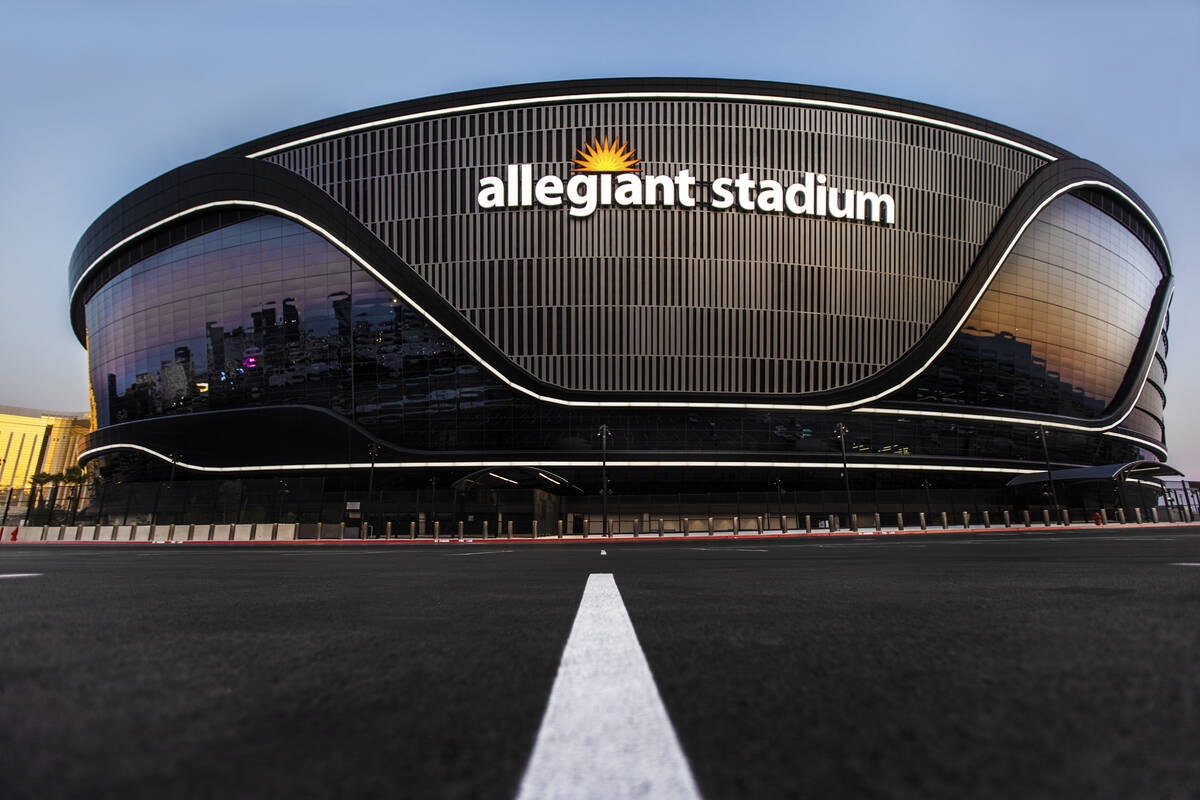 There’s this place in New York City called Carnegie Hall that is known for great concerts, even though Iron Maiden and Motorhead have never played there.

When strangers ask “Do you know how to get to Carnegie Hall?” wise guys from New York will say: “Yes — practice!”

That sort of reminds me of Thursday’s high school football state championships at Allegiant Stadium, which is like the football version of Carnegie Hall. The only way you can get there is to practice. Or at least it was until this year’s championship games were moved from Centennial High to the Raiders’ home field.

Now you also can get there by beating Pershing County or Coronado.

The teams that will play under the dome still have to practice, but probably not as hard as the Raiders did after they lost to the Chiefs Sunday. And two of them will have to get up really early.

Before the season started, The Meadows’ coach Jack Concannon had a taco truck come out to his team’s practice to treat his players. But on Thursday he may have to send out for breakfast burritos. These teams defeated two common opponents (Democracy Prep and Battle Mountain) by similar scores. So after they wake up, this should be a good game. The Meadows by 1.

When it comes to Nevada high school football rivalries, you can’t touch the Hammer Game. This is the third time this year these two are lining up — Moapa Valley won 18-14 in the spring in kind of a COVID makeup game and 46-28 in October. The last game of the day could be the best game of the day. Moapa Valley by 7.