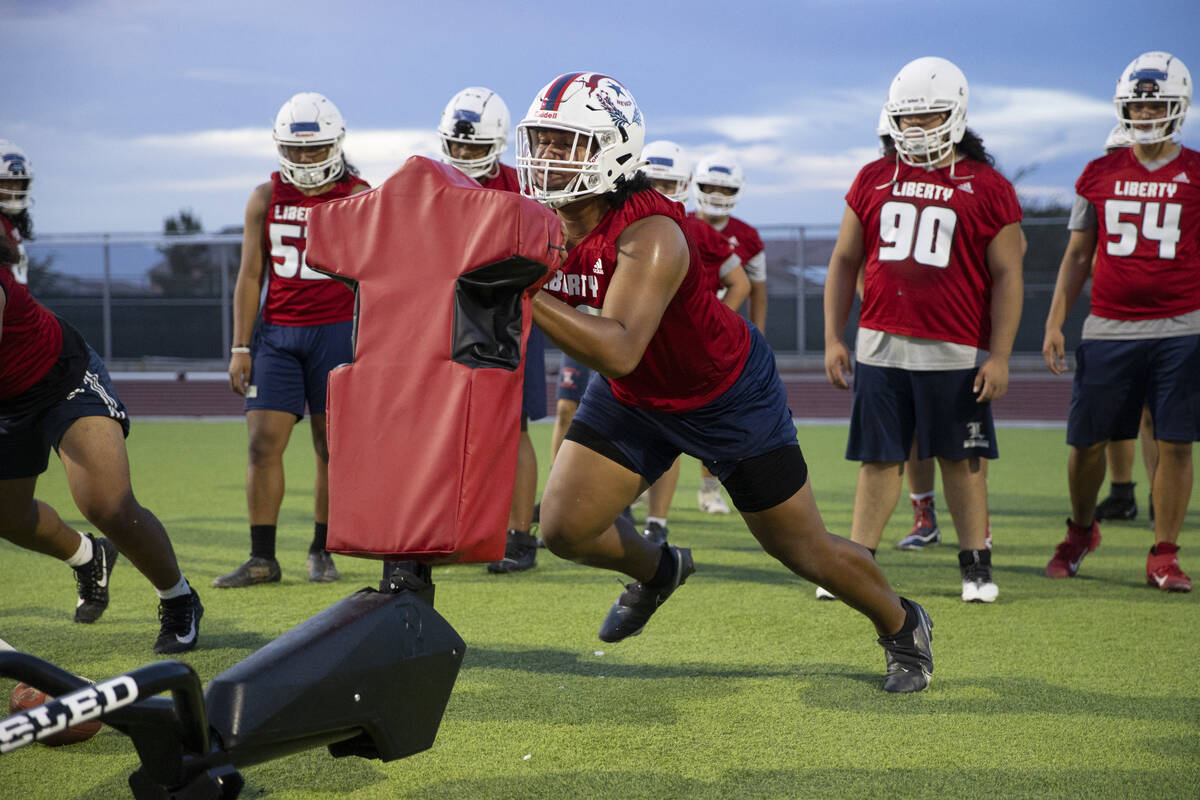 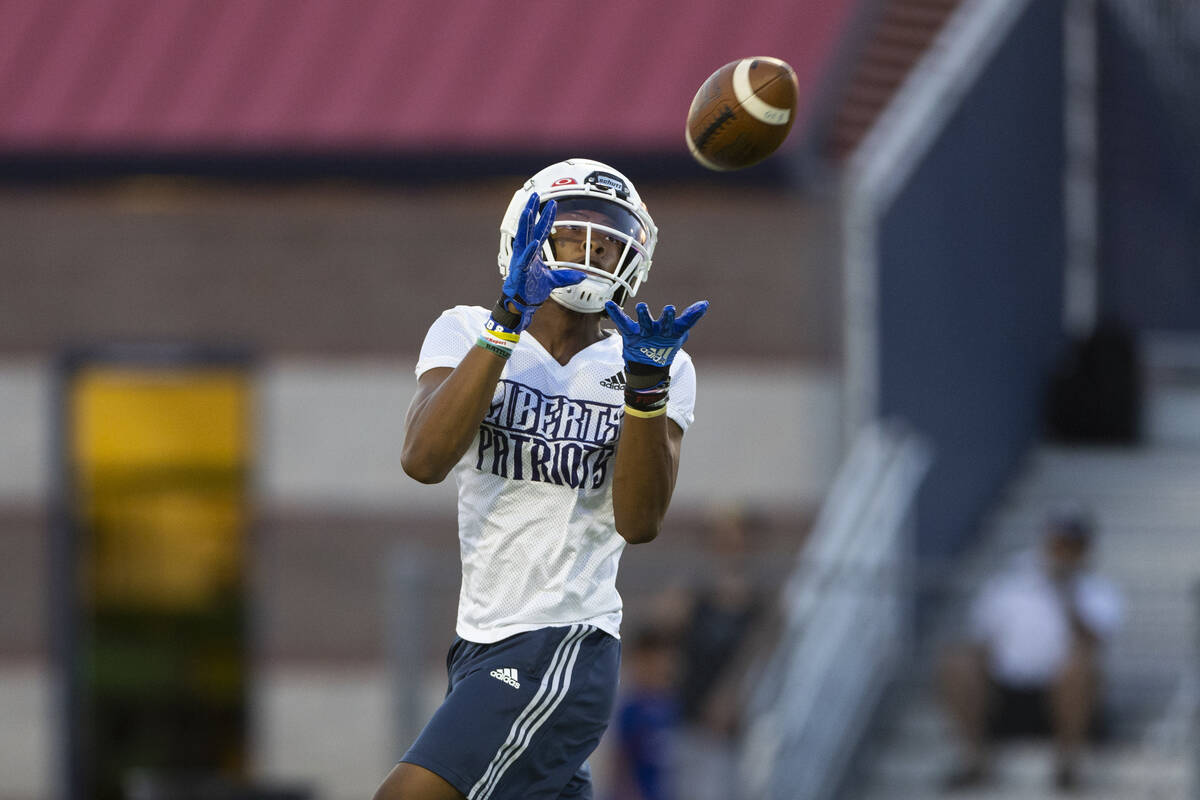 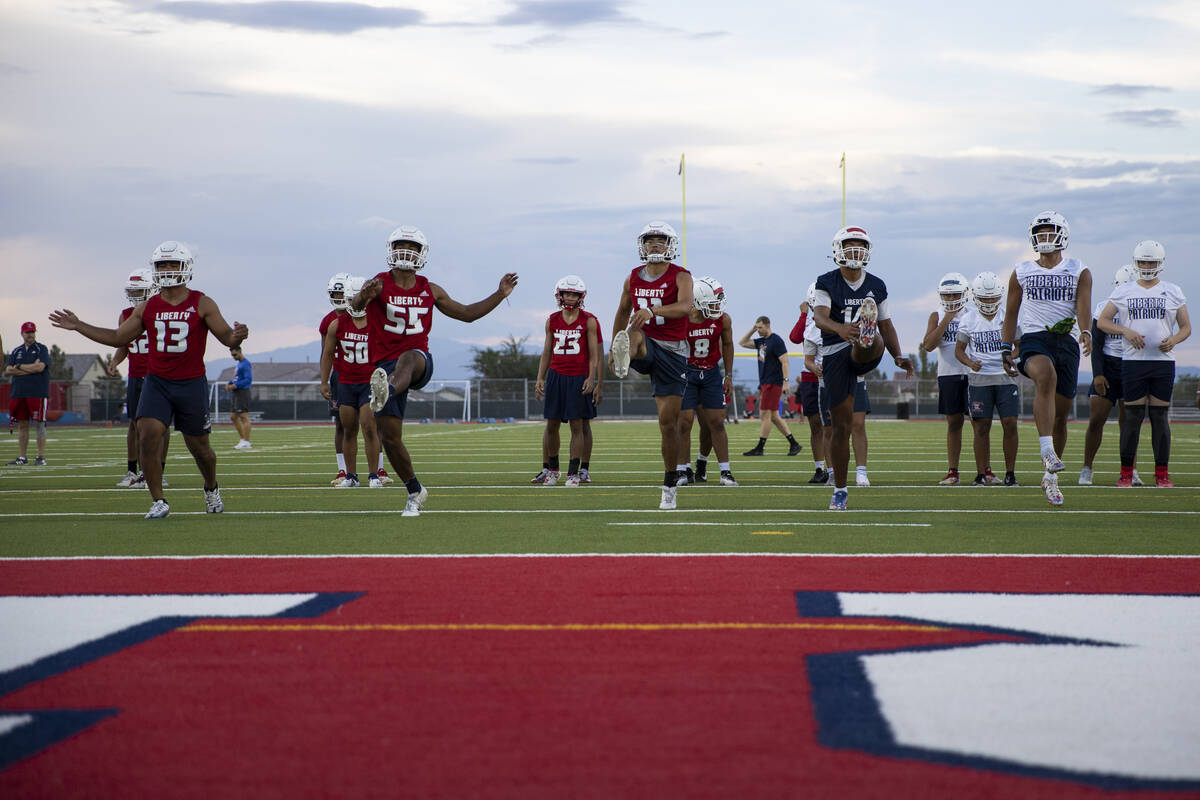 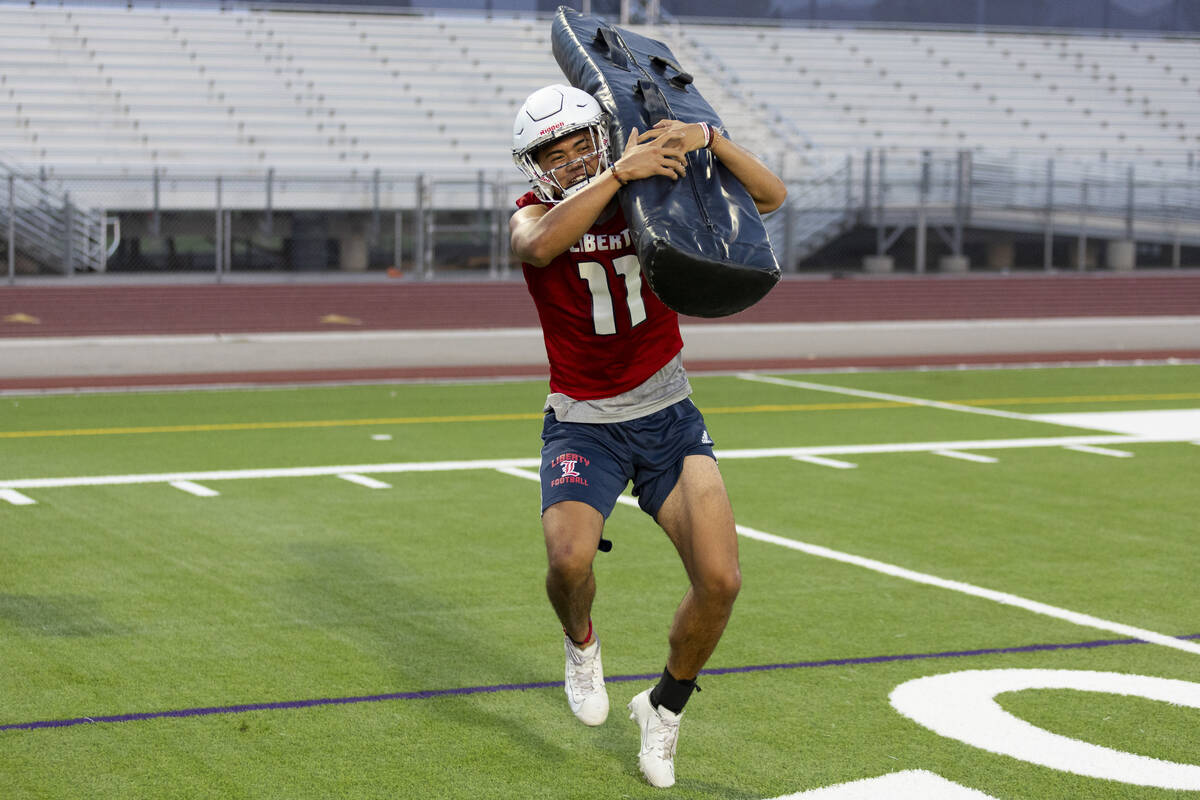 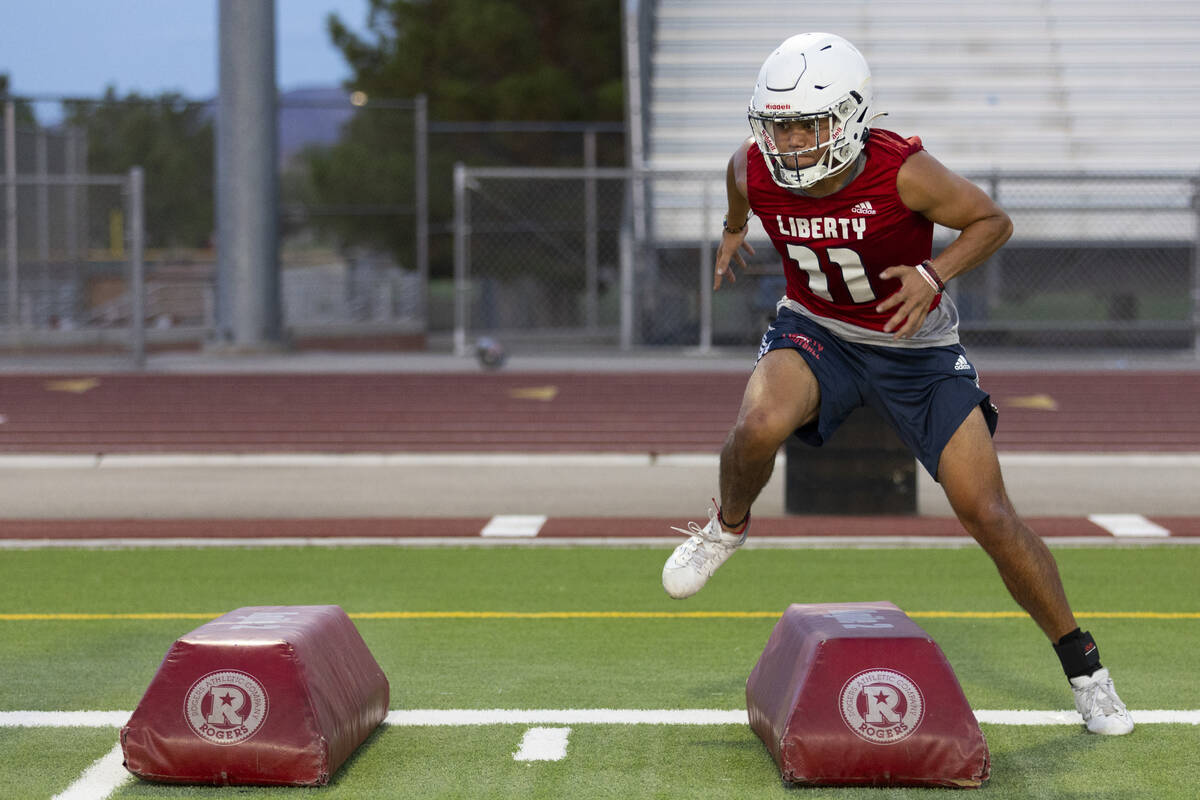 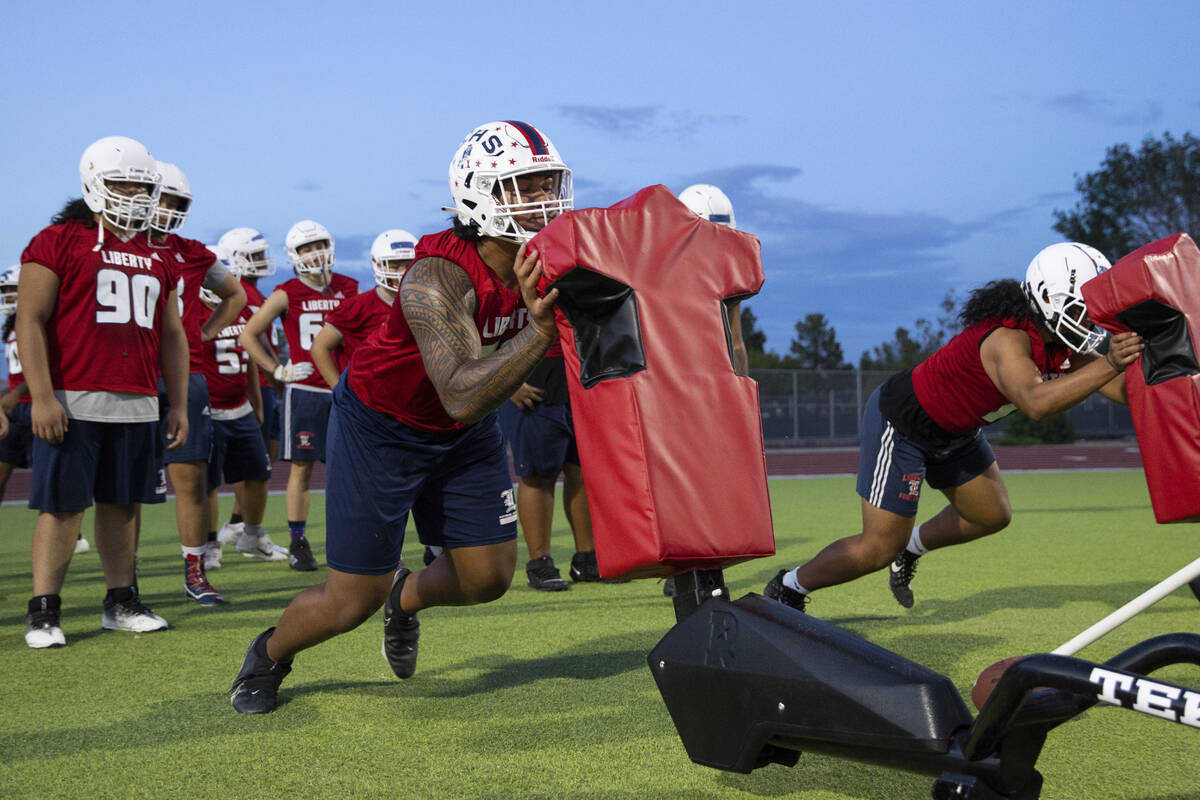 On the first day of high school football practice Monday, the biggest concerns for many coaches weren’t what they could get accomplished on the field.

It was about taking care of administrative issues, such as making sure physicals were done and that players had completed what is required of them in Register My Athlete. But the biggest issue Monday seemed to be about equipment.

“Our freshmen that had been with us all summer long, not really our top players but some that are trying out for football, were handed a helmet and had no idea how to put a chin strap in,” Green Valley coach Clay Mauro said. “We planned to do a walkthrough, but we took time to make sure stuff was properly fitted out.”

Monday was the first of two days the Nevada Interscholastic Activities Association set aside for heat acclimation. The next three days, teams will be allowed to have noncontact practices in shells — helmets and shoulder pads — before being permitted to begin full-contact practice on the sixth day.

Green Valley was one team that didn’t take the field at all Monday. The varsity squad went to watch the Raiders practice, but Mauro isn’t concerned about falling behind.

The Gators don’t play their first game until Aug. 26, and he said there was high participation in the summer conditioning program.

“We have been grinding on them pretty hard this summer,” Mauro said. “They were starting at 6:30 a.m. and weren’t done until 11. So the opportunity with the Raiders popped up, and we wanted to give them a chance to see a professional practice.”

It would be understandable if there was more urgency at Shadow Ridge, which will play the first “Thursday Night Lights” game against Durango on Aug. 17.

But coach Travis Foster said after having 20 practices in the spring and four days of padded work at Southern Utah and with a strong core back from last year’s Class 4A state runner-up squad, he thinks the team is in a strong position.

“It makes it a lot easier knowing we have had kids that have done it at a high level already,” Foster said. “It takes a lot of pressure off the kids around them. We can cover a lot of flaws with (the experienced players), especially early in the year.”

Foster said he never has high expectations for the first day of practice, but he mostly wants the players to get back into the routine and refresh and polish what they worked on throughout the spring and summer.

Foothill coach Vernon Brown has a “problem” most would be happy to have.

Brown said having spring practice was especially beneficial for a program like Foothill, which lost about 35 seniors last year.

The Falcons only have eight returning lettermen, but they have some seniors who didn’t play last year that came out during the spring. Being able to see what they can do in padded practices gave Brown confidence.

“It helps tremendously when you can see what they do in full gear,” Brown said. “You see who shies away from contact, who moves well in pads, and it gave us an idea of who’s going to play here. Naturally, we’ll have a few new people come in, but what you see is what you get in the spring and the majority of guys now have plenty of repetitions in their positions.”