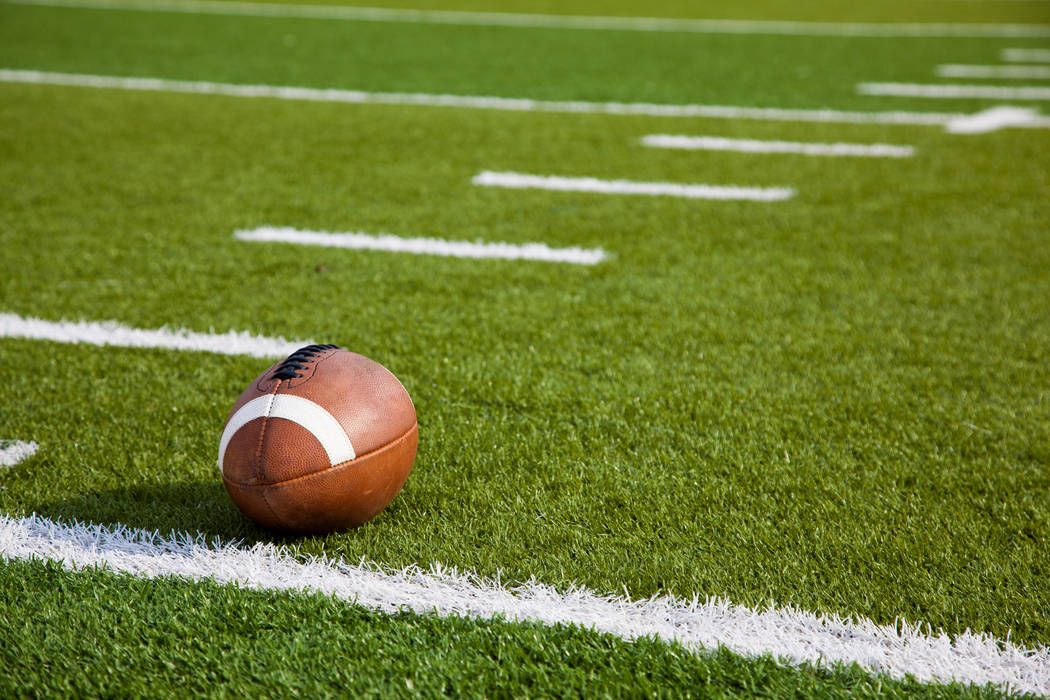 Cindylou Rasiang threw two touchdown passes and rushed for a score Friday to lead Bonanza’s flag football team to an 18-13 victory over Las Vegas High in the Mustang Rodeo at Shadow Ridge.

Rasiang completed 18 of 31 passes for 173 yards and also rushed for 85 yards and a score on nine carries.

Charlene Beck rushed for 94 yards on 16 carries, and Ashley Vasquez and Shayne Dunn each had a TD catch for the Bengals.

Bonanza’s Laura Valle had 10 tackles, and C’Mari Gurka had two sacks for the Bengals.

Green Valley 33, Clark 7 — Jennifer Haberstock completed 20 of 27 passes for 249 yards and four touchdowns as the Gators routed the Chargers in the Mustang Rodeo.

Jazlyn Camacho had eight catches for 100 yards and a touchdown for Green Valley, which led 13-7 at the half.

Kayla Ransom had six catches for 79 yards and two scores, and Deborah Grant and Mandolyn Scalisi each had a TD catch for Green Valley.

Camacho added eight tackles, and Hannah Serquina had four tackles and a sack for the Gators.

Shadow Ridge 19, Basic 0 — Ebonii Starks rushed for one touchdown and caught a touchdown pass to lead the Mustangs over the Wolves in the Mustang Rodeo.

Samantha Guerra rushed for 107 yards on 13 carries and recorded seven tackles, and Bobbie Wright had eight catches for 78 yards for Shadow Ridge.

Alexis Payne had a rushing TD and intercepted a pass for the Mustangs.

Foothill 13, Arbor View 6 — Viola Farias had eight tackles and returned an interception for a touchdown as the Falcons topped the Aggies in the Mustang Rodeo.

Jianna Kurtz had 10 tackles, and Niyah King and Allie Williams each intercepted a pass for Foothill.

Roni Gibbs completed a 3-yard TD pass to Morgan Melton for the Falcons.