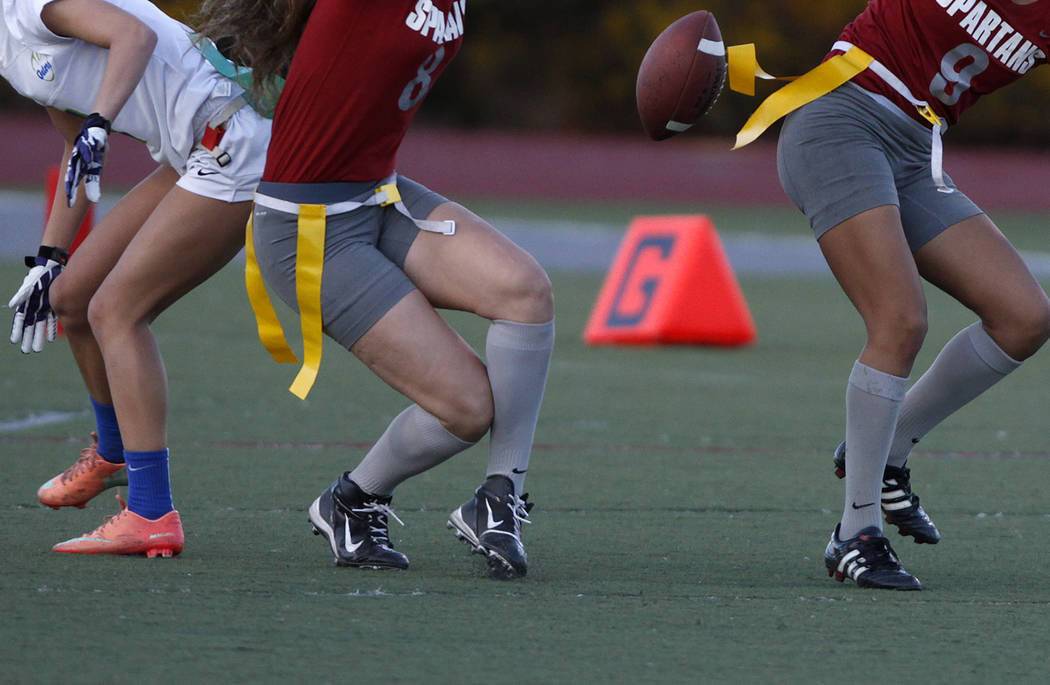 Green Valley’s flag football team used a second-half touchdown and 1-point conversion to rally past Foothill 7-6 at the Lady Bulldog Invitational in Mesquite.

Roni Gibbs tossed a touchdown pass to Whitley Brow in the first half for Foothill. Gibbs finished 15 of 24 for 117 yards.

Legacy 21, Foothill 20 — The Longhorns scored a pair of second-half touchdowns to overcome a 20-8 deficit and down the Falcons.

Foothill 14, Del Sol 12 — Viola Farias returned an interception for a touchdown as the Falcons edged the Dragons.

Gibbs completed 10 of 21 passes for 141 yards, including a TD toss to Morgan Melton.

Foothill 14, Bishop Gorman 0 — Makenzie Yeoman rushed for 106 yards and a touchdown to lead the Falcons past the Gaels.

Lynch completed 17 of 27 passes for 180 yards, and Madison Melton had six catches for 49 yards and a score for Foothill.

Virgin Valley 28, Rancho 6 — The host Bulldogs rolled past the Rams.

Las Vegas 6, Rancho 2 — The Wildcats defeated the Rams in a defensive battle.