If you are having problems accessing today’s e-Edition, please click on this link VIEW E-EDITION
Las Vegas Review-Journal
November 26, 2018 - 9:16 pm 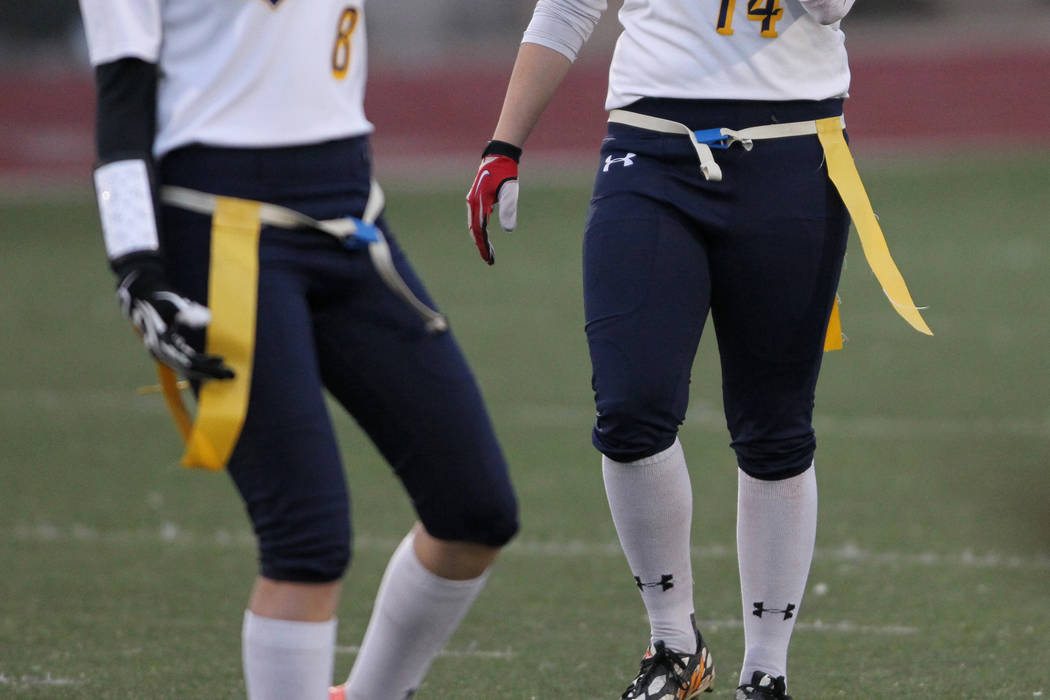 Jazlyn Camacho intercepted two passes, returning one 74 yards for a touchdown for the Gators. She also had seven tackles and a sack and caught five passes for 74 yards.

Haberstock completed 18 of 32 passes for 172 yards and two TDs for Green Valley. Deborah Grant added 121 rushing and two TDs on 21 carries for the Gators.

Bobbie Wright had 10 catches for 47 yards and two TDs, and Alexis Payne added 60 yards and two touchdowns on 11 carries for Shadow Ridge.

Legacy 26, Durango 20 — At Durango, the Longhorns defeated the Trailblazers.

Durango’s Tatiana Baes had 15 carries for 150 yards, including an 80-yard TD run.