If you are having problems accessing today’s e-Edition, please click on this link VIEW E-EDITION
Las Vegas Review-Journal
December 11, 2018 - 9:24 pm 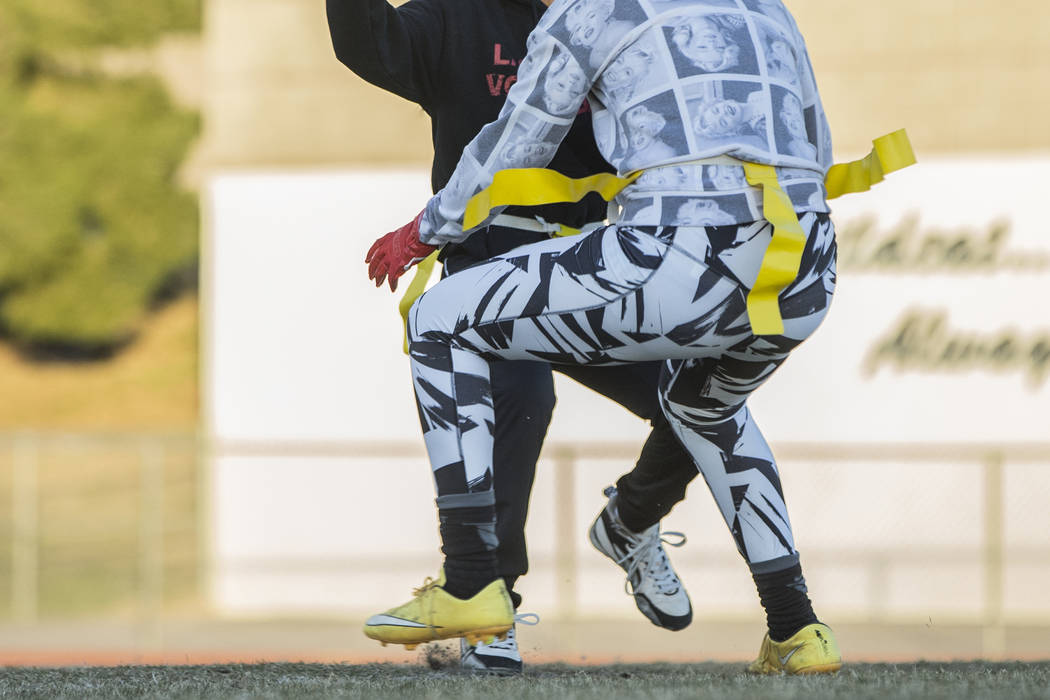 Jagayra Gomes threw three touchdown passes and ran for two scores as Clark’s flag football team held on for a 32-26 win at Sierra Vista on Tuesday.

Gomes completed scoring passes to Tsion Gashaw, Valeria Morquecho and Samantha Malley for the Chargers, which led 26-6 at the half.

Bonanza 25, Shadow Ridge 18 — At Bonanza, Cindylou Rasiang threw for 270 yards and four touchdowns as the Bengals topped the Mustangs.

Alicia Kestner hauled in seven passes for 100 yards and a score, and Dunn caught five passes for 92 yards for Bonanza.

Durango 44, Spring Valley 12 — At Spring Valley, Tatiana Baes rushed for 239 yards and two touchdowns on 16 carries as the Trailblazers downed the Grizzlies.

Gabriela Corchado added two TD runs, and Nohelia Saybe and Dezirae Castillo each ran for a score for Durango.

Mya’Liah Bethea caught 9 passes for 129 yards and three touchdowns, and Dina Lee and Skylar Smith each caught a TD Pass for Cimarron.

Green Valley 39, Canyon Springs 0 — At Canyon Springs, Jennifer Haberstock threw for 156 yards and four touchdowns, and Jazlyn Camacho returned two interceptions for scores as the Gators romped past the Pioneers.

Desert Oasis’ Makayla Rickard completed 15 of 37 passes for 285 yards, including a TD pass to Ruby Martinez. Ashlyn Tuss rushed for 67 yards and a score and caught six passes for 143 yards for the Diamondbacks.