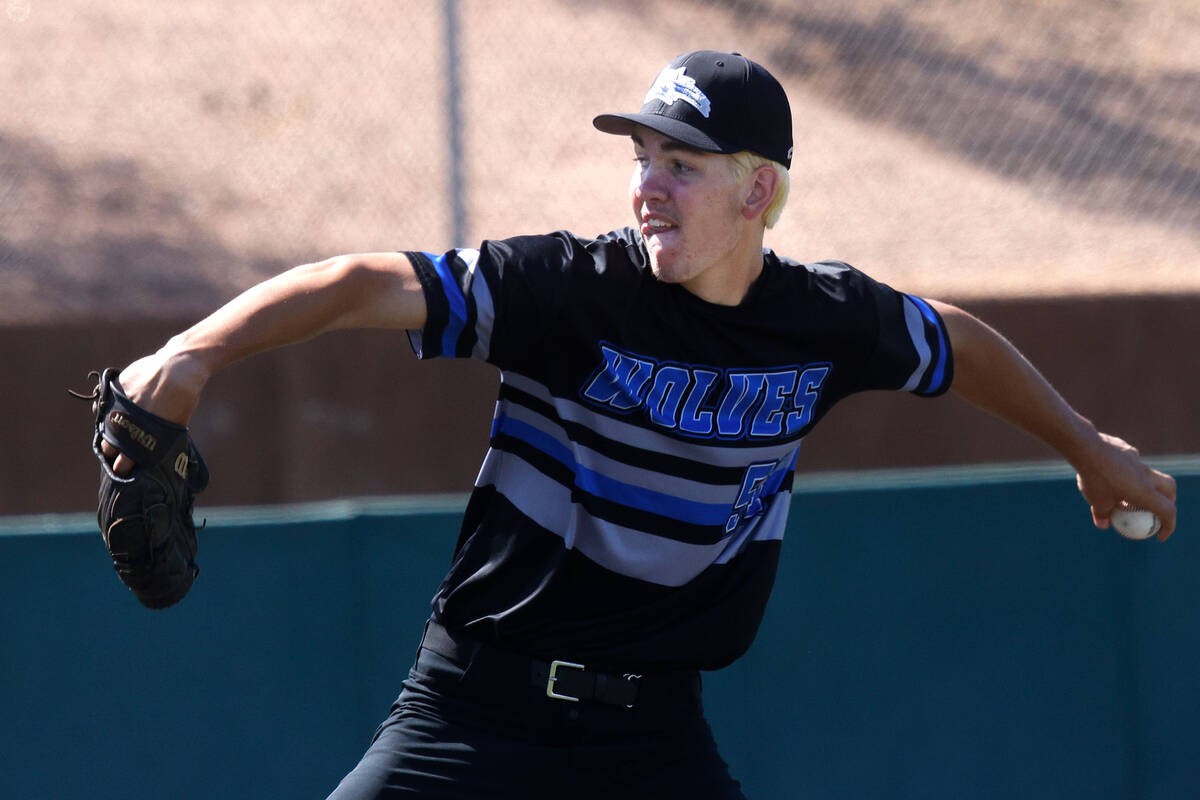 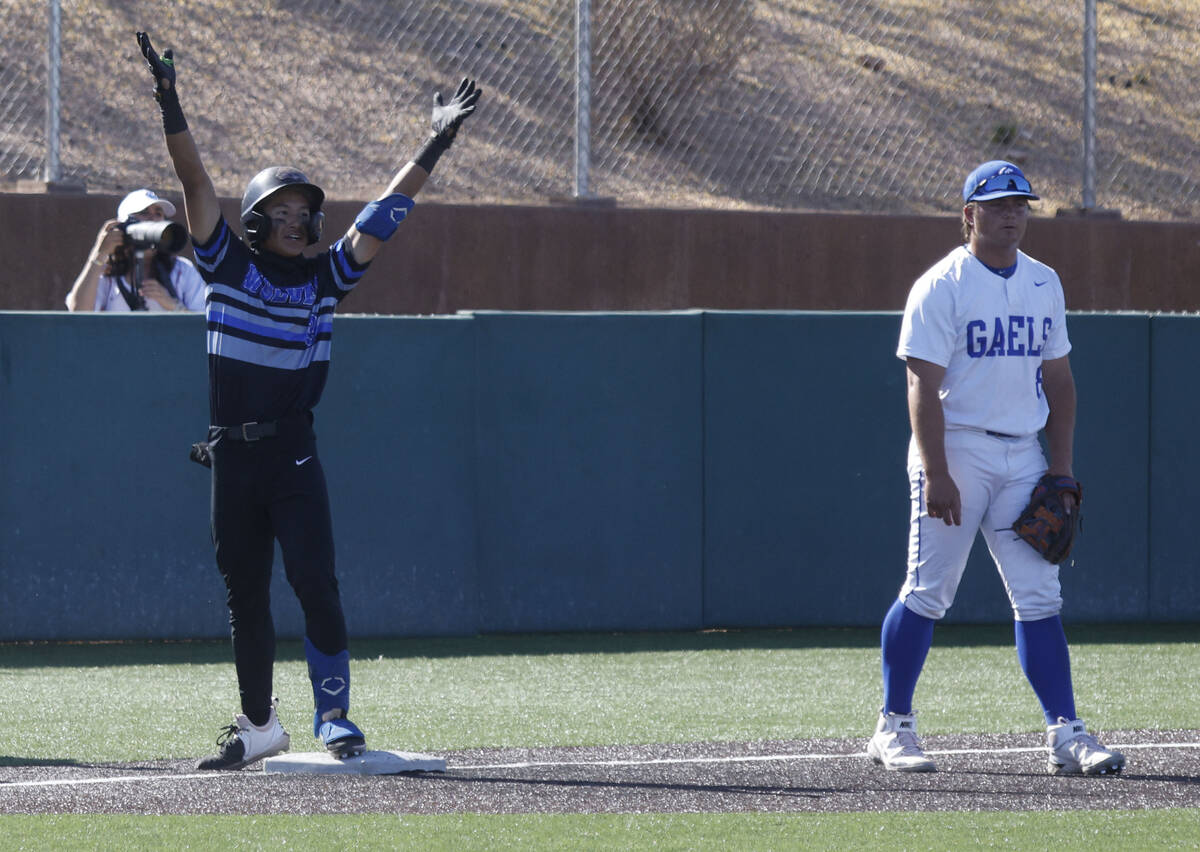 Basic's Ty Southisene (3) gestures after he reached the third base as Bishop Gorman's Gunnar Myro looks away during the fifth inning of a baseball game, Friday, May 13, 2022, at the 2022 NIAA 5A South Region tournament at Bishop Gorman High School in Las Vegas. (Chitose Suzuki / Las Vegas Review-Journal) @chitosephoto

A few weeks ago, Basic wasn’t playing its best baseball, but the players keep telling coach Scott Baker they were going to flip the switch.

Baker said he doesn’t necessarily like that style, as he would prefer for the switch to stay on all the time, but it’s worked out for the Wolves.

“We’ve had some injures and some stuff go on that has really glued this team together, especially in the past two to three weeks,” Baker said. “We feel very good about our chances, but we’re humble and very much know baseball can change like the wind.”

Basic lost to Gorman 9-6 to fall into the losers bracket in the region tournament, then defeated Palo Verde 8-3 in an elimination game to get another shot at the Gaels.

Ben Smith pitched Basic to a win in the first game and has been the team’s ace throughout the season.

“Ben’s been great,” Baker said. “One thing that was beneficial to us was we played a national schedule. Ben pitched against Orange Lutheran (California) in a tournament, and they’re one of the best teams in the country. We lost 2-0, but it showed we were a high-caliber team that could compete against that type of talent.”

Gorman also has played its share of tough games and went unscathed through most of the season. The Gaels entered the Southern Region championship having lost only twice all season.

“When we clinched against Basic on Wednesday, there was a little bit of a letdown,” DiMaria said. “I can’t say we didn’t play, because we had a chance to win the first game, but Basic came out on fire, and they’re a team that’s on fire right now.”

Neither Basic nor Gorman is looking past its opponent. That’s especially true for Gorman, since its first loss was to Reno.

“They’re a dangerous team, one of the better teams I’ve seen Reno have in a long time,” DiMaria said. “It’s a tough matchup. We’ll probably seen their No. 1 pitcher, Grayson Grinsell, and he’s good. Pete (Savage) is a phenomenal coach, and he always has them ready to play in all facets of the game.”