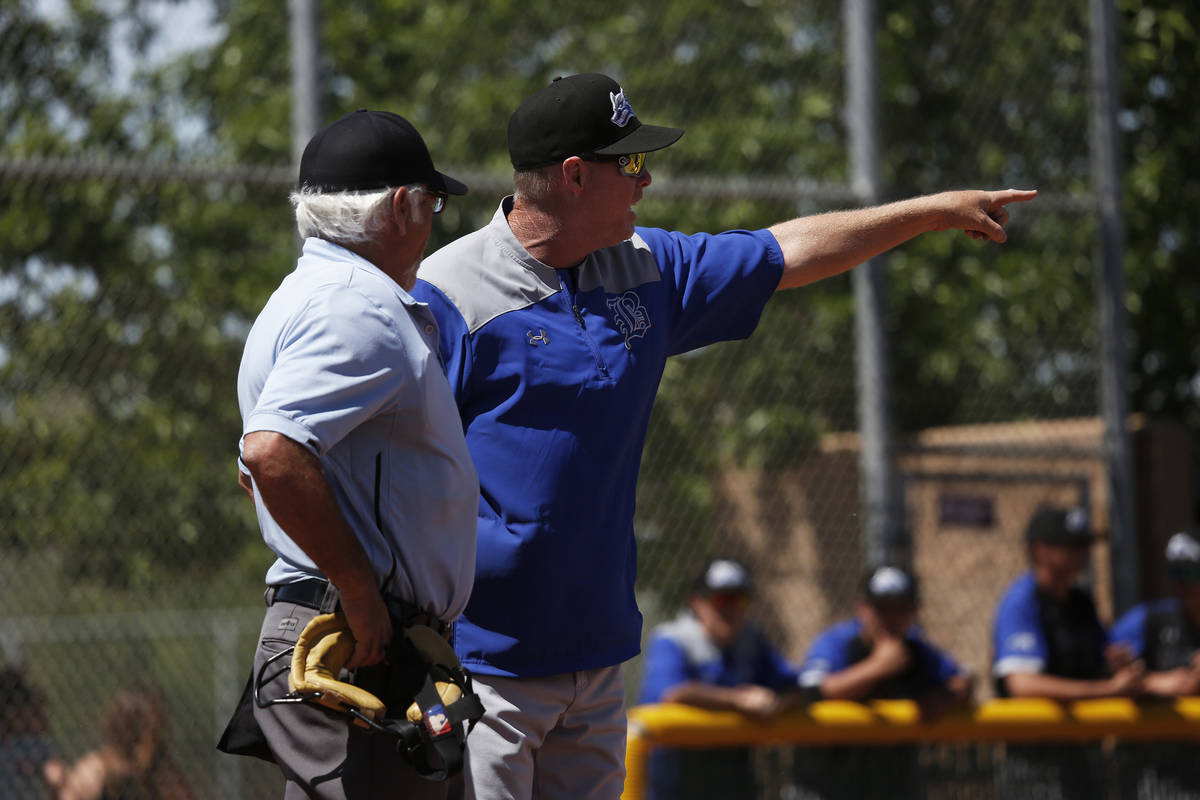 Basic coach Scott Baker said Tuesday it was fortunate that he had an older group on the field when Desert Oasis attempted a comeback.

But it was a freshman who got the Wolves started offensively and shut the door from the mound.

Ty Southisene broke a scoreless tie in the second inning with a two-run double, and he threw a scoreless seventh inning, picking up the save in a 7-4 win at Desert Oasis and continuing his stellar rookie season.

“It’s my 18th year in high school baseball, and he’s impressed me every day since we’ve had him,” Baker said. “What a lucky grab it was that we got him. His work ethic is through the roof. He’s such a competitor. He does everything for us.”

Southisene’s double came with two outs against Desert Oasis starter Reed Schaefer, an Arizona commit who struggled with his command with five walks in four innings.

Jesus Gonzalez started the inning with an infield single, and Cooper Sheff walked. Schaefer got the next two hitters and looked as though he could get out the jam before Southisene found the left-center field gap.

“Those opportunities with two outs and we need a knock, especially against a good guy like Reed Schaefer, it’s time to go,” Southisene said. “Good thing I went.”

The Wolves added a run in the third on heads up baserunning from senior Hunter Katschke. He was on second when Mason Neville was picked off first base. Neville got in a rundown and was eventually tagged out by Schaefer, but Katschke made the turn at third and slid home ahead of the throw.

After Desert Oasis pulled within 3-1 on a Gavin Mansell sacrifice fly in the bottom of the third, the Wolves answered immediately with two runs on a Katschke sacrifice fly and RBI single from Neville to make it a 5-1 game.

But it was far from over, and Desert Oasis got back in the game in the fifth. That’s when Walsh drove home a run with a single, and Tyler Stott hammered a pitch to left field for a two-run homer to make it a 5-4 game.

“Playing Desert Oasis is always tough,” Baker said. “They’re always well prepared, a very well-coached club. We figured it was going to be a dog fight the entire time.”

Basic again responded in the top of the sixth, when Chris Acosta doubled off the wall in right field and drive home a run. Gonzalez followed with a single that brought Acosta home.

Desert Oasis put two runners on in the seventh, which brought the tying run to the plate. But Southisene got a popup from Nick Lichty, ending the game.

Gonzalez allowed seven hits, struck out five, walked two and hit a batter in his five innings and got the win. Desert Oasis’ No. 6-9 hitters in the lineup were 0 for 11.