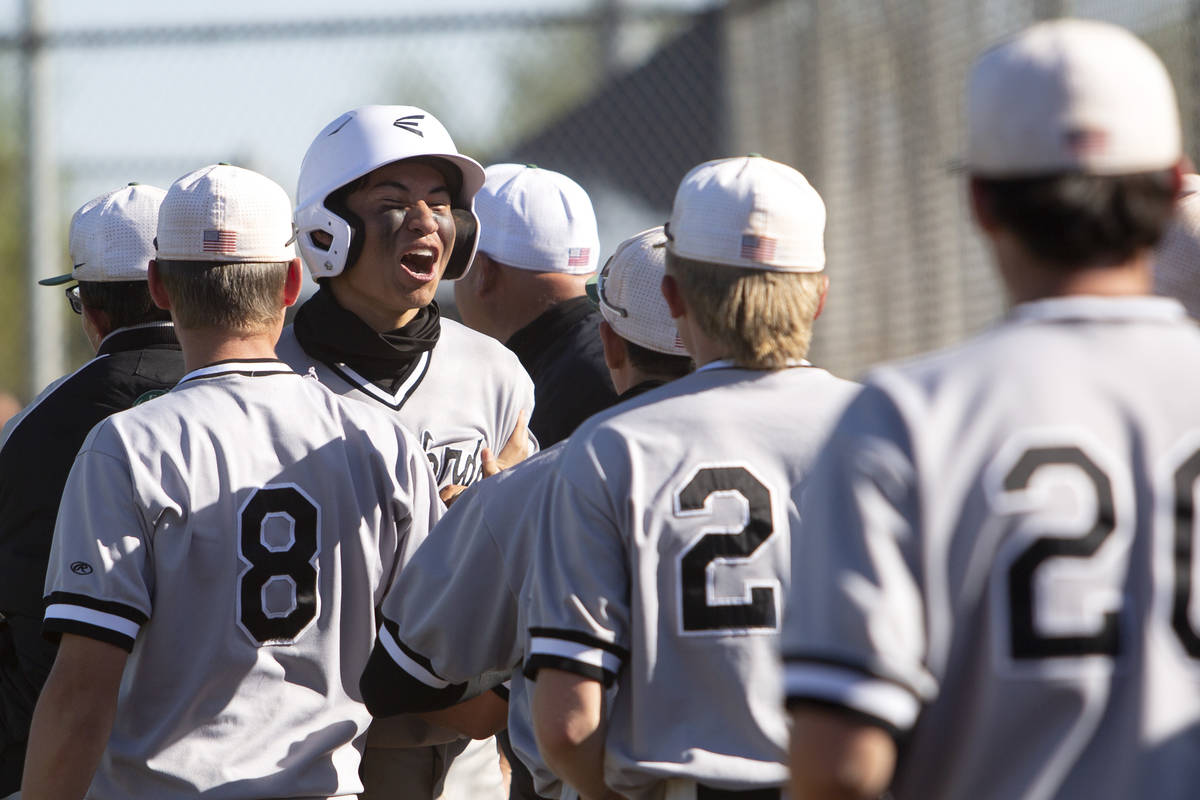 Not many in the valley have enjoyed the prep baseball season as much as Palo Verde coach Joe Hallead.

He said he has a “predisposition” that made him susceptible to COVID-19 and forced him to be “stuck in my apartment for a year.”

That time has made him appreciate the opportunity to be around his team even more than normal, and it helps that the Panthers will be the No. 2 seed in the Class 5A Southern Region tournament.

“I’d be lying if I said I wasn’t surprised by our success,” Hallead said. “I lost six Division I guys last year. One guy in our lineup, Tommy DiLandri, was an established varsity player. Everybody else was on JV or a varsity backup.”

The regional championships for 5A, 4A and 3A will run from Monday through Saturday at campus sites, and 2A will be played Friday and Saturday at The Meadows. An invitational tournament of 1A teams will take place, but it isn’t being sponsored by the Nevada Interscholastic Activities Association.

Basic, the No. 4 seed, was forced to forfeit its first game in the tournament after a bench-clearing brawl after a loss to Green Valley in the final game of the regular season.

Hallead described playing in 5A as “land mine after land mine,” but success this week will come down to the same thing it does in every baseball tournament — pitching depth.

“This is how it works in high school baseball: The top teams have three good pitchers, the midlevel teams have two and the teams toward the bottom have one,” Hallead said. “(No. 14 seed) Las Vegas has one guy that can make it a bad day for you if you’re not careful, and they played a lot of teams close.”

Even Gorman hasn’t had an easy run. Along with the loss to Liberty, the Gaels needed a five-run sixth inning to edge Basic and rallied from two down late to beat Palo Verde in extra innings.

Gorman coach Gino DiMaria has said throughout the season he thinks he has the best team. If he has a concern, it’s that the Gaels have a tendency to relax after taking early leads.

“What really concerns me is us beating ourselves,” DiMaria said. “But it’s also just Nevada baseball. Every team has a dude on the mound that can beat you. If we come out off or don’t have respect for any opponent, it can bite us.”

Along with dealing with COVID-19 for the past year, Silverado has had turmoil in its program, as longtime coach Brian Whitaker, who has won the second-most games in Nevada history, was fired in June.

Dustin Romero took over, and the Skyhawks haven’t missed a beat. They will be the No. 1 seed in the 4A tournament.

“This team is amazing for how they got through everything they’ve been through,” Romero said. “They decided to play with each other one last time, and a lot of our wins were because they did stick together.”

Romero has little worries when it comes to pitching, as he can send two to the mound in Chris Cortez (Arizona) and Tanner McDougal (Oregon), who will play in the Pac-12 next year.

“Anytime they go out there, they give us the best chance,” Romero said. “It’s amazing to have two guys like that.”