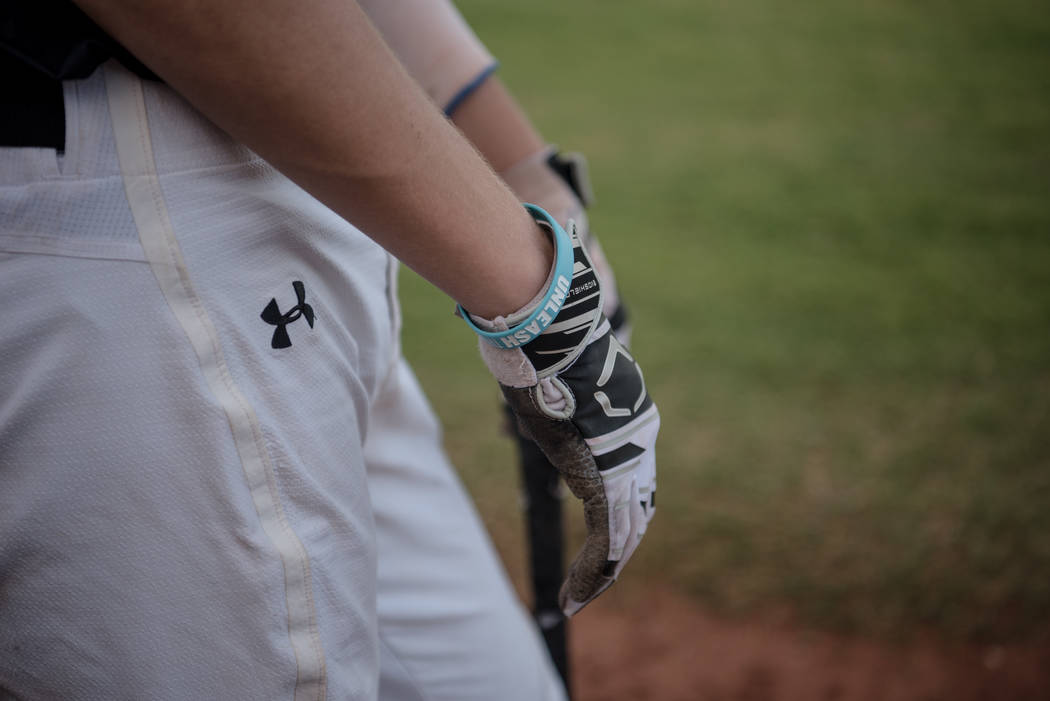 Dylan Howell was 4-for-4 with a double, two runs and two RBIs to help Faith Lutheran’s baseball team to a 13-4 road win at Legacy on Thursday.

Vance Serrano allowed four unearned runs on two hits over six innings to get the win. He struck out three with four walks.

Valley 9, Western 5 — At Valley, Gustavo Donate was 3-for-4 with three RBIs to help the Vikings down the Warriors.

Jordan Castillo went 2-for-2 with an RBI, and John Rex Natividad was 2-for-4 for Valley.

Christopher Williams was 2-for-4 with a triple and two RBIs for Western. Christian Reyes, Xavier Thomas, Gonzalo Lopez and Adonis Cherry all went 2-for-4 for the Warriors.

Mojave 9, Del Sol 4 — At Del Sol, Kevin Gutierrez went 2-for-3 with a double, a triple, two runs and an RBI as the Rattlers defeated the Dragons.

Tyler Beadles went 2-for-4 with a double, a triple, a run and an RBI for Mojave, which led 9-0 before yielding four runs in the bottom of the seventh.

Mike Cianci allowed six hits and struck out 16 in 6⅔ innings to get the win.

Del Sol’s Gelkis Digurnay went 2-for-2 with a double and a run, and teammate Tristan Vargas was 2-for-3 with a run and an RBI.

Shadow Ridge 14, Bonanza 4 — At Shadow Ridge, Tyler Black was 2-for-3 with a home run and four RBIs to power the Mustangs over the Bengals in five innings.

Branson Tressler was 2-for-2 with a double, a home run, three runs and two RBIs, and Kadin McDonald went 2-for-3 with two RBIs for Shadow Ridge.

Isaiah Salas added a double and three RBIs for the Mustangs.

Matthew Cox was 1-for-2 with a homer and two RBIs for Bonanza.

Cimarron-Memorial 15, Eldorado 0 — At Cimarron, Will Zadrowski went 2-for-2 with two doubles and three RBIs as the Spartans beat the Sundevils in three innings.

Lawrence Campa went 2-for-3 with a triple, a run and three RBIs, and Jackson Folkman was 2-for-2 with a double and three runs for Cimarron.

Mike Overland went 2-for-3 with a triple and two runs, and Zach Culver and Elie Kligman each had a home run for the Spartans.

Kligman threw a one-hitter with four strikeouts to get the win.

Palo Verde 16, Canyon Springs 3 — At Palo Verde, PaulShawn Pasqualotto was 3-for-4 with a double, home run and three RBIs to lift the Panthers over the Pioneers.

Nate Bartlett was 2-for-3 with a triple and an RBI for Palo Verde, and teammate Hunter Chynoweth was 2-for-2 with an RBI.

Martin Blake was 2-for-2 with an RBI for Canyon Springs.

Centennial 16, Desert Pines 1 — At Centennial, Rene Almarez went 1-for-1 with a double, two runs and two RBIs as the Bulldogs cruised to a three-inning win over the Jaguars.

Anthony Martinez added a triple, a run and an RBI for Centennial, which had three hits, but was helped by 14 walks and two hit batters.

James Greco went 2-for-2 with a double for Desert Pines.

Rancho 16, Cheyenne 0 — At Rancho, Jairo Verdugo drove in five runs, and Cris Verdugo threw a three-inning no-hitter to lead the Rams past the Desert Shields.

Jairo Verdugo went 2-for-3 with two runs and a home run. Cris Verdugo struck out six and walked one.

Pahrump Valley 20, Democracy Prep 0 — At Doolittle Park, Willie Lucas went 2-for-2 with a home run, a double and five RBIs to lead the Trojans by the Blue Knights in three innings.

Jake Riding tossed a two-hitter and struck out nine for the Trojans.

Laughlin 11-20, Adelson School 1-2 — At Oxford Park, the Cougars swept a doubleheader from the Lions.