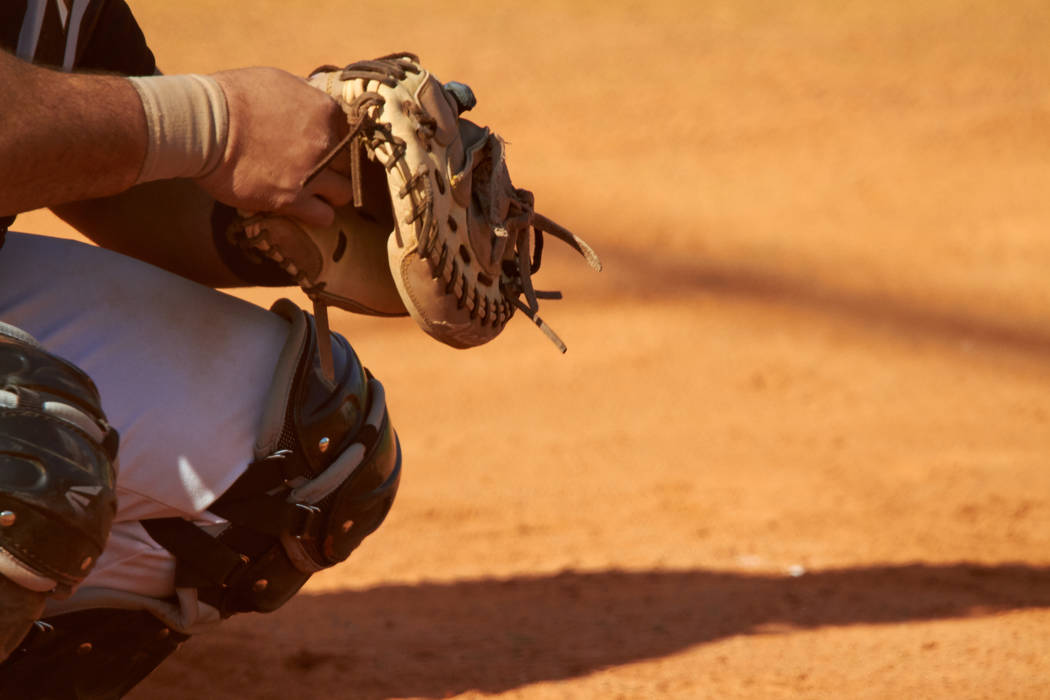 Presley Whybourne’s two-out, two-run single in the top of the 10th inning Wednesday broke a 4-4 tie and lifted Green Valley’s baseball team to a 7-4 win at Las Vegas High.

The Gators took advantage of four walks in the 10th inning and tacked on another run on an error.

Scott Gruber was 3-for-4, and Sevon Battle and Matthew Galdi each went 2-for-4 with and RBI for Green Valley. Jacob Brown tossed 2⅔ innings of no-hit relief to collect the win.

Layne Adaro was 3-for-5 with a double, and Leonel Anaya was 2-for-4 with two RBIs for Las Vegas.

Liberty 4, Coronado 3 — At Coronado, Jack Hale singled home Chase Gallegos from second base with the eventual game-winning run in the top of the eighth as the Patriots nipped the Cougars.

Ethan O’Neal pitched four no-hit innings of relief with eight strikeouts and picked up the win for the Patriots.

Ryan Kiernan went 2-for-4 with a double for Coronado, which turned a triple play in the sixth inning. With two runners in motion, Coronado’s second baseman snared a line drive, and the Cougars caught both runners off base to end the inning.

Spring Valley 9, Bishop Gorman 5 — At Spring Valley, Chasyn Love went 2-for-4 with two RBIs as the Grizzlies rallied from a 5-1 fourth-inning deficit to stun the Gaels.

Braxton Bruschke was 2-for-4 with a triple and an RBI for Spring Valley.

Silverado 5, Clark 0 — At Silverado, Chris Cortez threw six innings of two-hit ball and struck out 13 to lead the Skyhawks past the Chargers.

Ryan Skelly was 2-for-2 with an RBI, and Jarod Hill was 2-for-4 with a double and an RBI for Silverado. Caleb Hubbard was 2-for-3, and Sean Graves and Cortez each went 2-for-4 for the Skyhawks.

Steven Shoats was 2-for-2 with two doubles for Clark.

Boulder City 7, Virgin Valley 5 — At Mesquite, Blaze Trumble went 2-for-3 with a solo home run to lead the Eagles by the Bulldogs.

Durango 10, Tech 2 — At Tech, Irvin Weems went 2-for-3 with two RBIs and two runs, and Robbie Gallegos was 2-for-2 with a run and an RBI as the Trailblazers downed the Roadrunners.

Renae Lara singled and drove in two runs, and winning pitcher Chase Ludwick struck out six in three innings of work for Durango.

Arbor View 18, Legacy 5 — At Legacy, Brad Stone went 3-for-4 with a double, triple, three RBIs and two runs to pace the Aggies in a five-inning rout of the Longhorns.

Garrett Cutting went 3-for-4 with a double and three runs, and Jacob Scioli doubled, drove in a run and scored twice for Arbor View, which led 13-2 after three innings. Brennan Holligan tossed a four-hitter for the Aggies.

Logan Berrier and Brandon Carter each singled and scored a run for Legacy.

Moapa Valley 12, Chaparral 2 — At Overton, Chase Hadley was 3-for-3 with a triple, a double and four RBIs to help the Pirates to a five-inning win over the Cowboys.

Payton McDermott was 2-for-3 with an RBI, and Luke Bennett was 2-for-4 with a double and an RBI for Moapa Valley.

Dennis Perez was 2-for-2 with a home run, a double and an RBI for Chaparral.

Sierra Vista 13, Sunrise Mountain 1 — At Sierra Vista, Casey Bochenczak was 3-for-4 with four RBIs to power the Mountain Lions to a five-inning win over the Miners.

Zach Kreithe was 2-for-4 with a double and three RBIs, and Anthony Chapman went 3-for-3 with an RBI for Sierra Vista.

Chapman and Tyler MacIntyre combined on a two-hitter.

SLAM Academy 14, Indian Springs 4 — At Arroyo Grande, Austin Martin went 3-for-4 with two doubles and four RBIs to help the Bulls to a six-inning rout of the Thunderbirds.

JonLuke Hobdy was 3-for-3 with a double and an RBI, and Ozzy Zawislak was 2-for-3 with two RBIs for SLAM.

Jordan Flamm was 3-for-3 with a double and three RBIs, and Zackary Williams was 2-for-4 with a triple for Indian Springs.