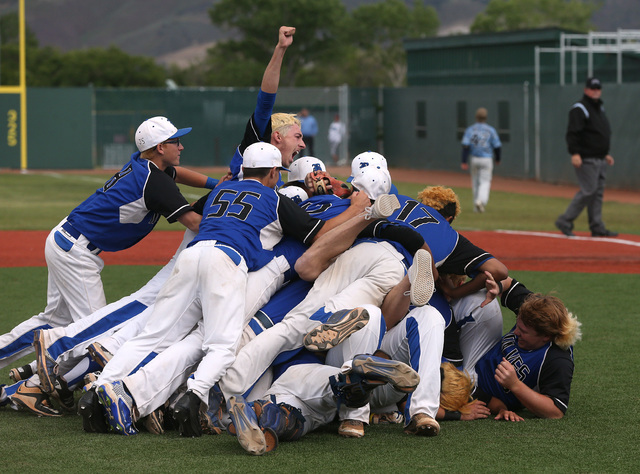 The Basic Wolves celebrate their 9-1 win over Centennial for the NIAA DI baseball championship at Bishop Manogue High School in Reno, Nev., on Saturday, May 21, 2016. Cathleen Allison/Las Vegas Review-Journal

Here is a recap of every team that won a state title during the 2016 spring sports season and will be looking to defend this upcoming season. With the new realignment, there no longer will be Division I, I-A, III or IV, but instead Class 4A, 3A, 2A and 1A.

Faith Lutheran, Clark, Sierra Vista and Spring Valley all will be moving from Division I-A to Class 4A after clearing the Nevada Rubric point total for the 2014-15 and 2015-16 seasons. No schools moved from Division I to Class 3A.

For select sports, an individual champion will also be listed.

*The Meadows had the same amount of points as Incline, but lost the sixth man tiebreaker.