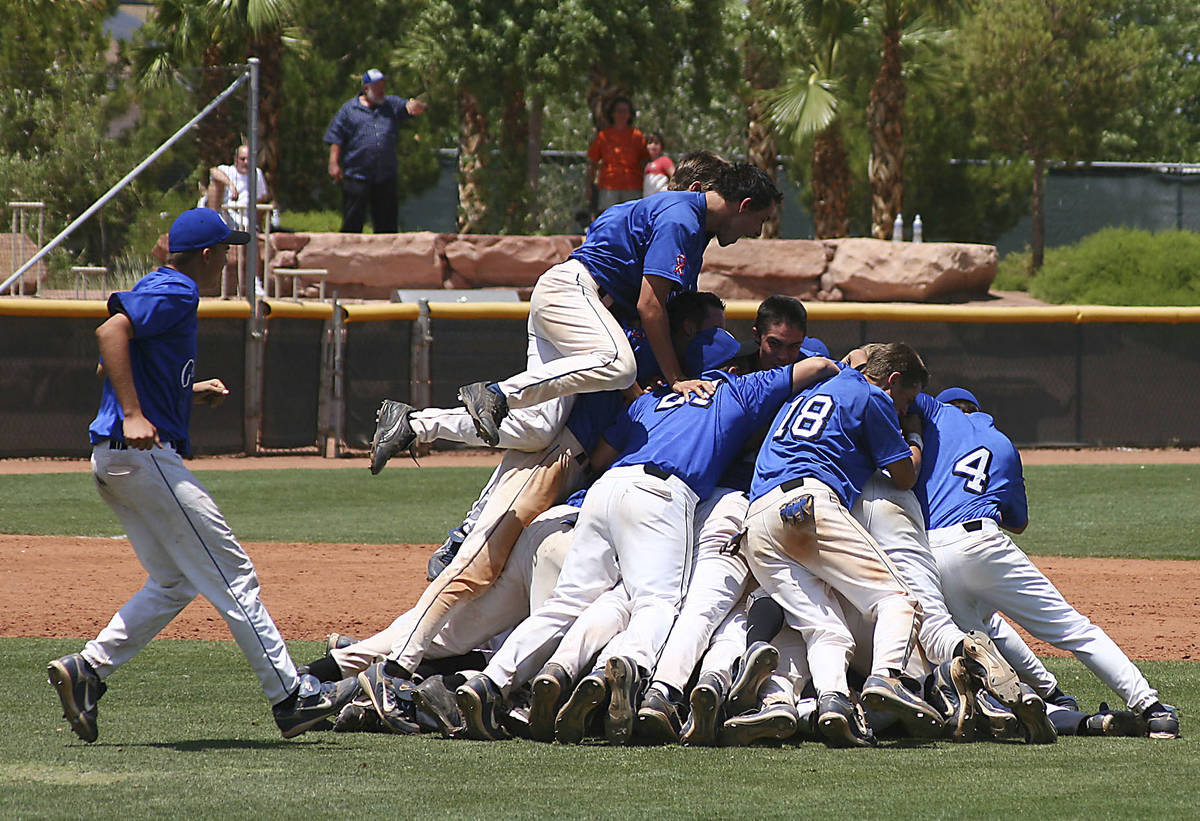 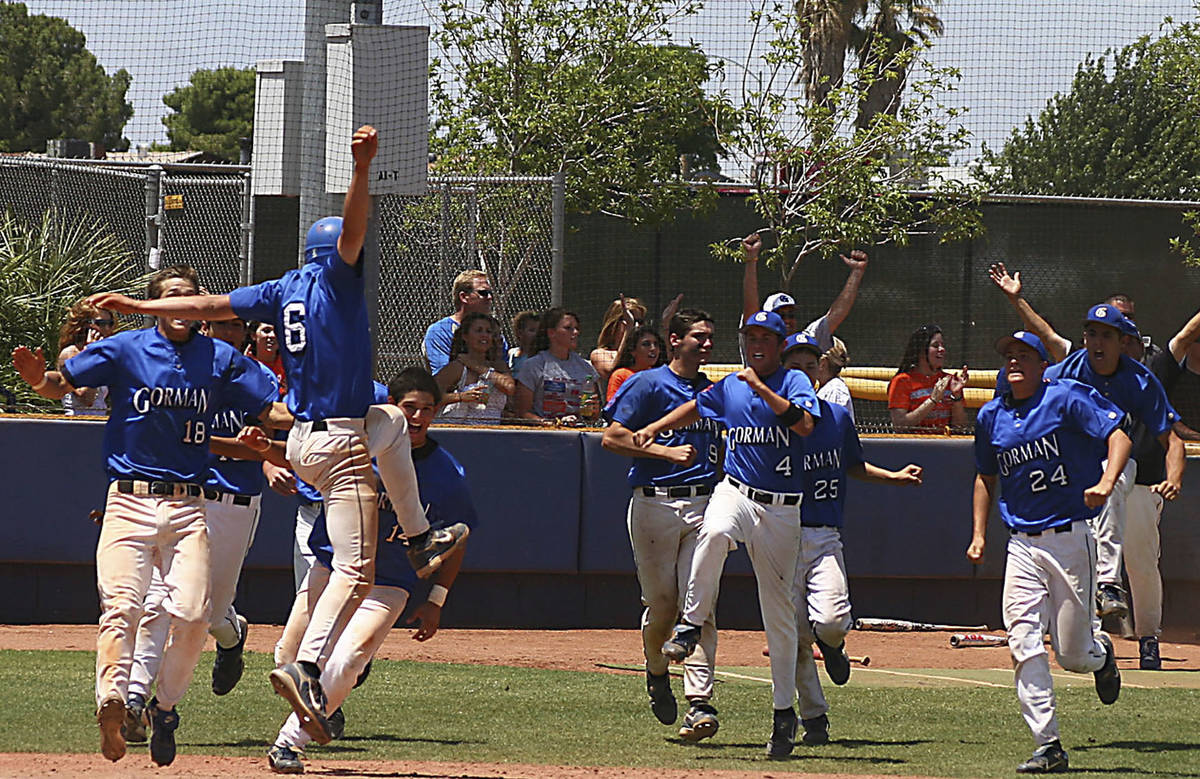 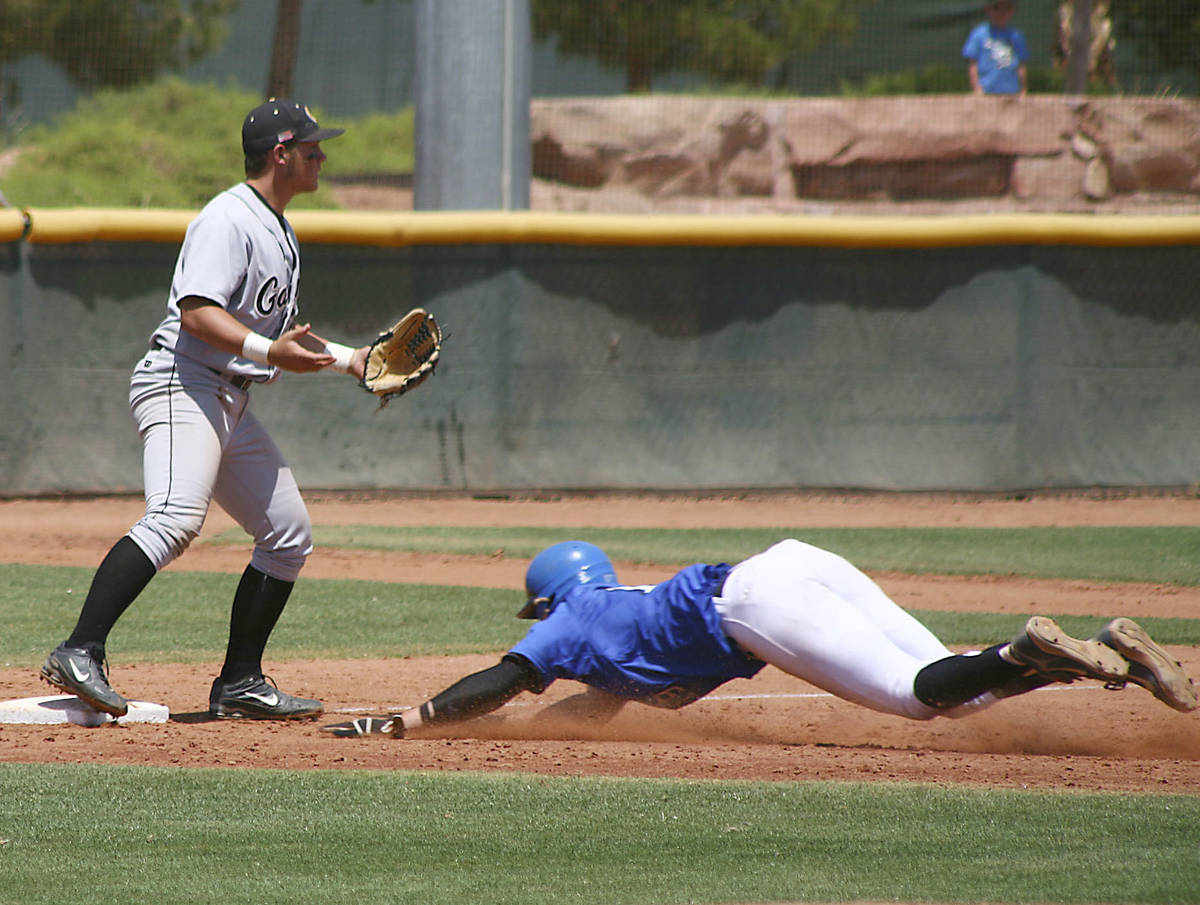 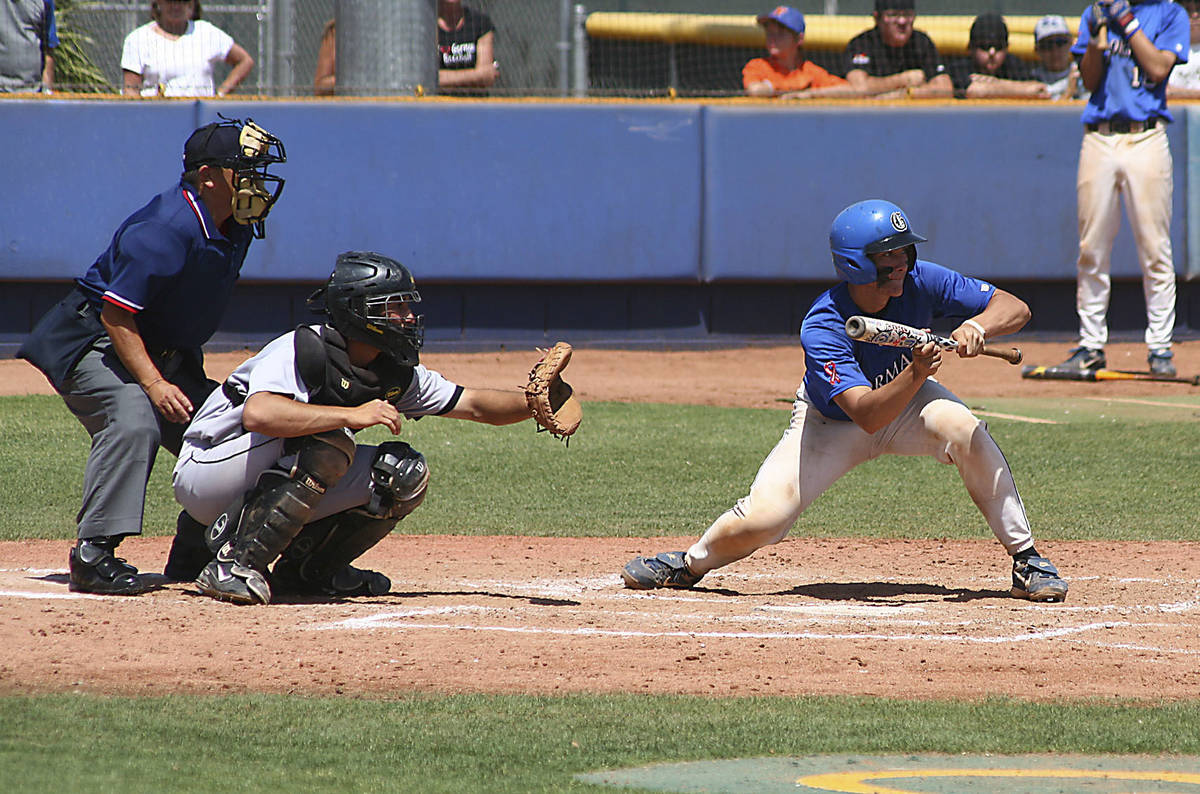 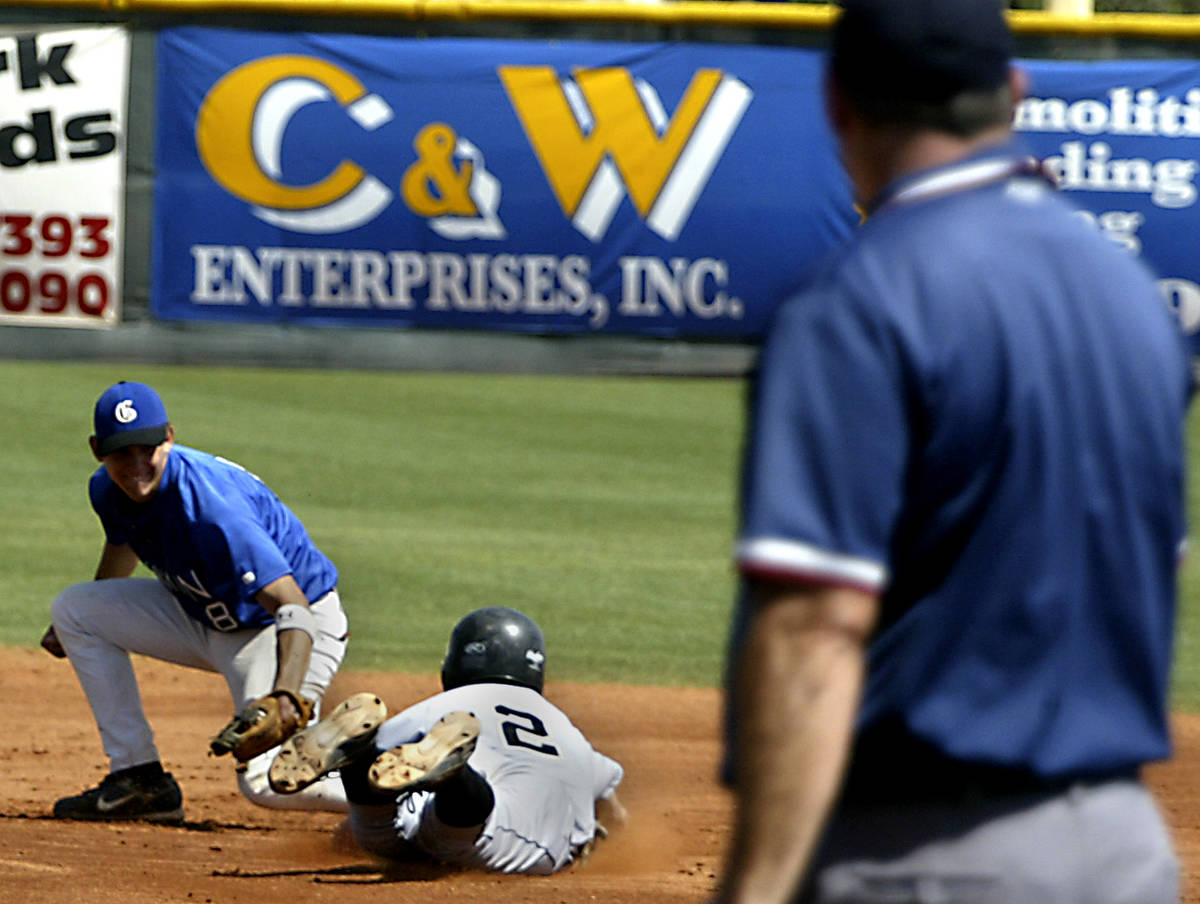 RALPH FOUNTAIN/REVIEW-JOURNAL Bishop Gorman High School baseball player Taylor Cole tags out Galena base runner J.D. Peters at second base on a steal attempt in the second inning during the NIAA State Baseball Tournament at the Community College of Southern Nevada baseball field May 19, 2007, in Henderson. RALPH FOUNTAIN/REVIEW-JOURNAL Gorman's Taylor Cole tags out Galena's J.D. Peters at 2nd on a steal attempt in the 2nd inning at NIAA State Baseball Tournament at CCSN Henderson 05/19/07. 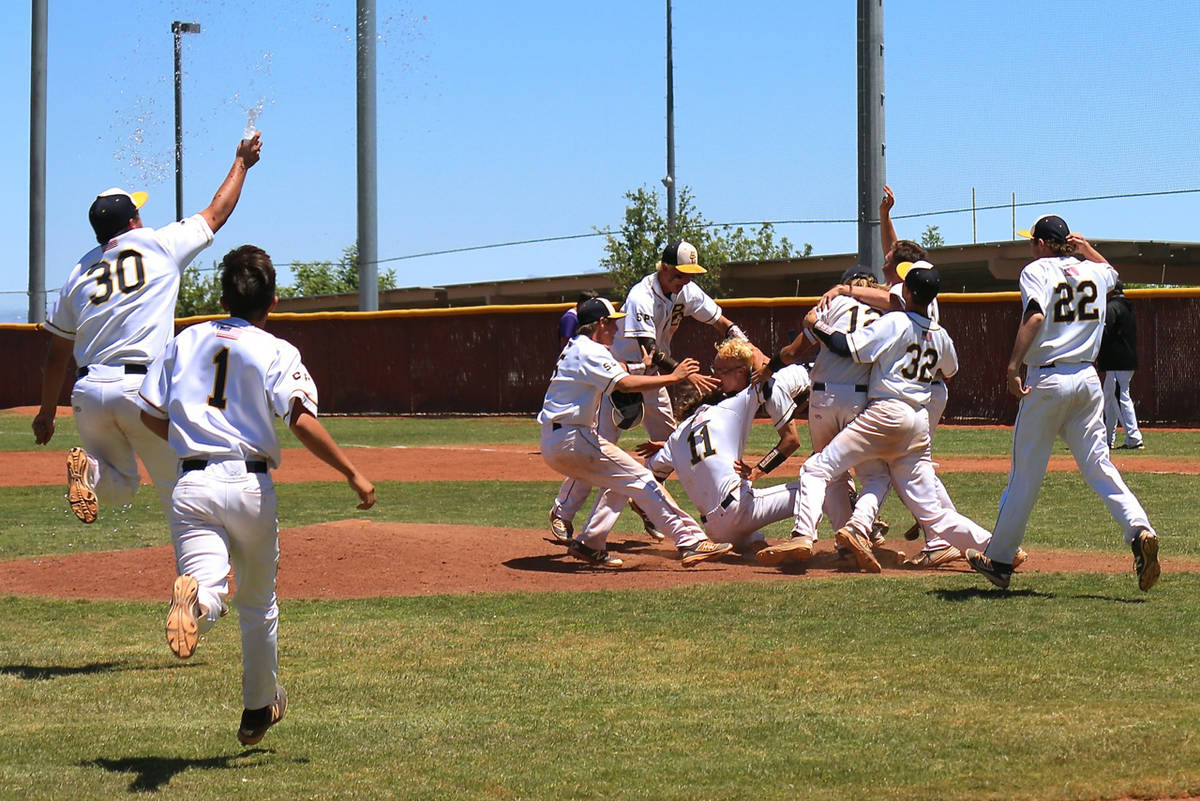 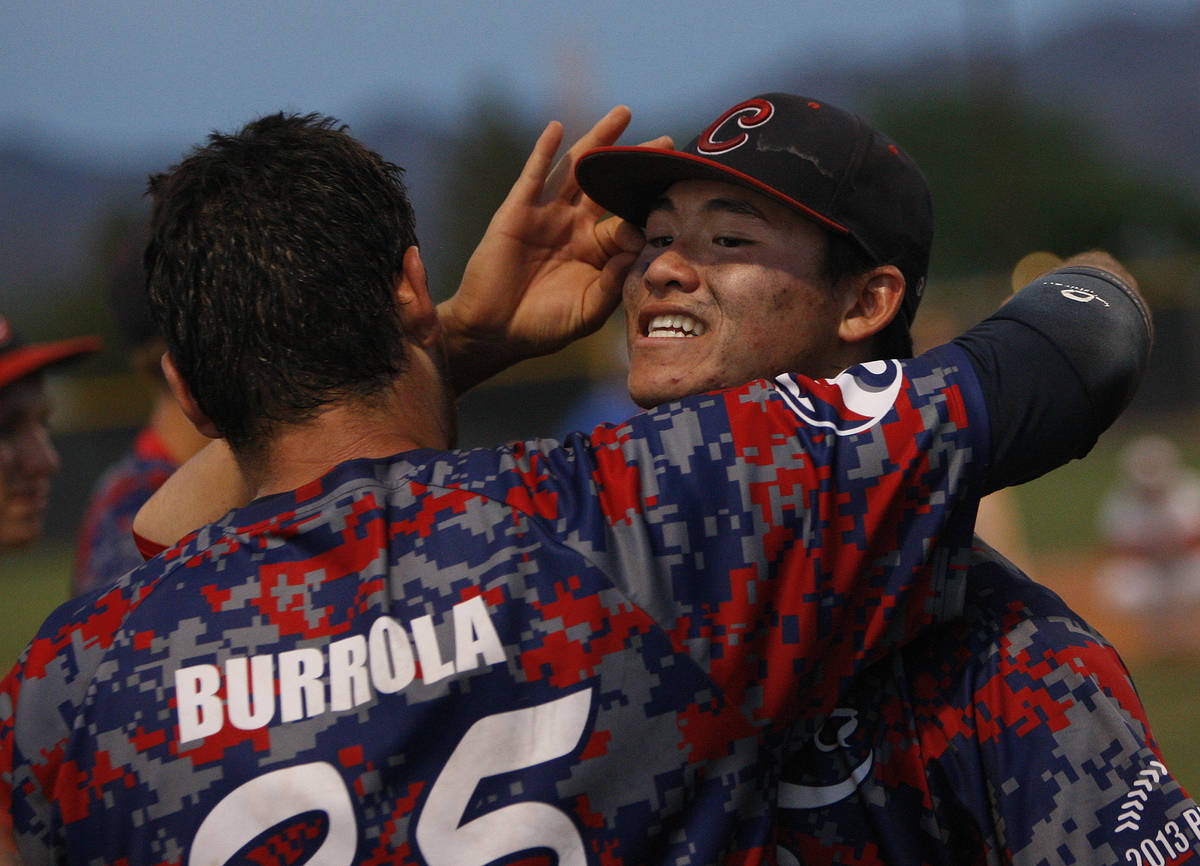 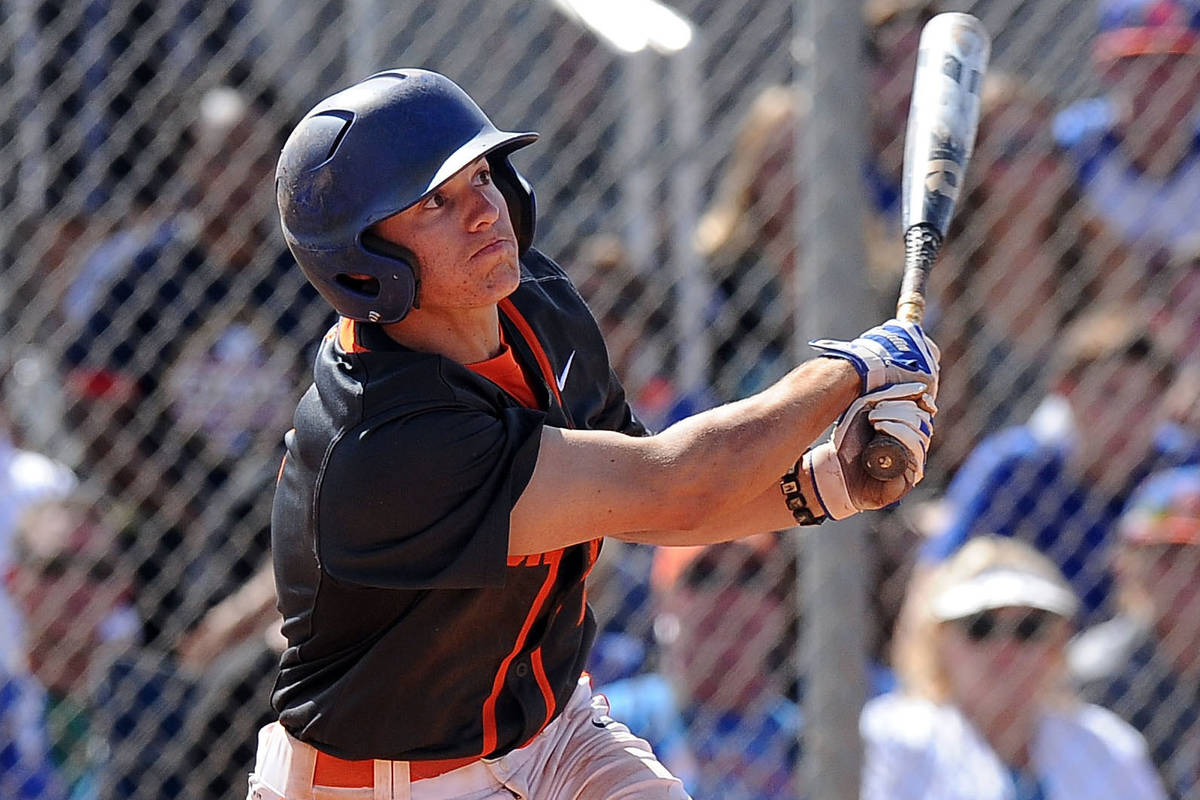 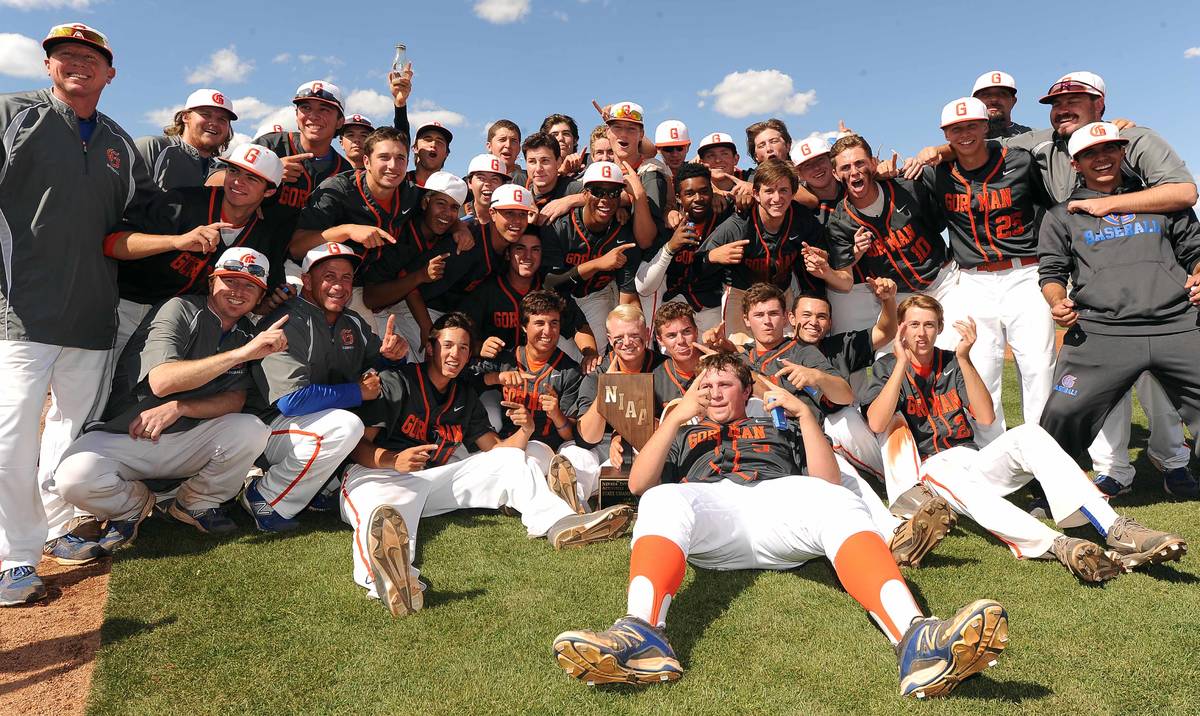 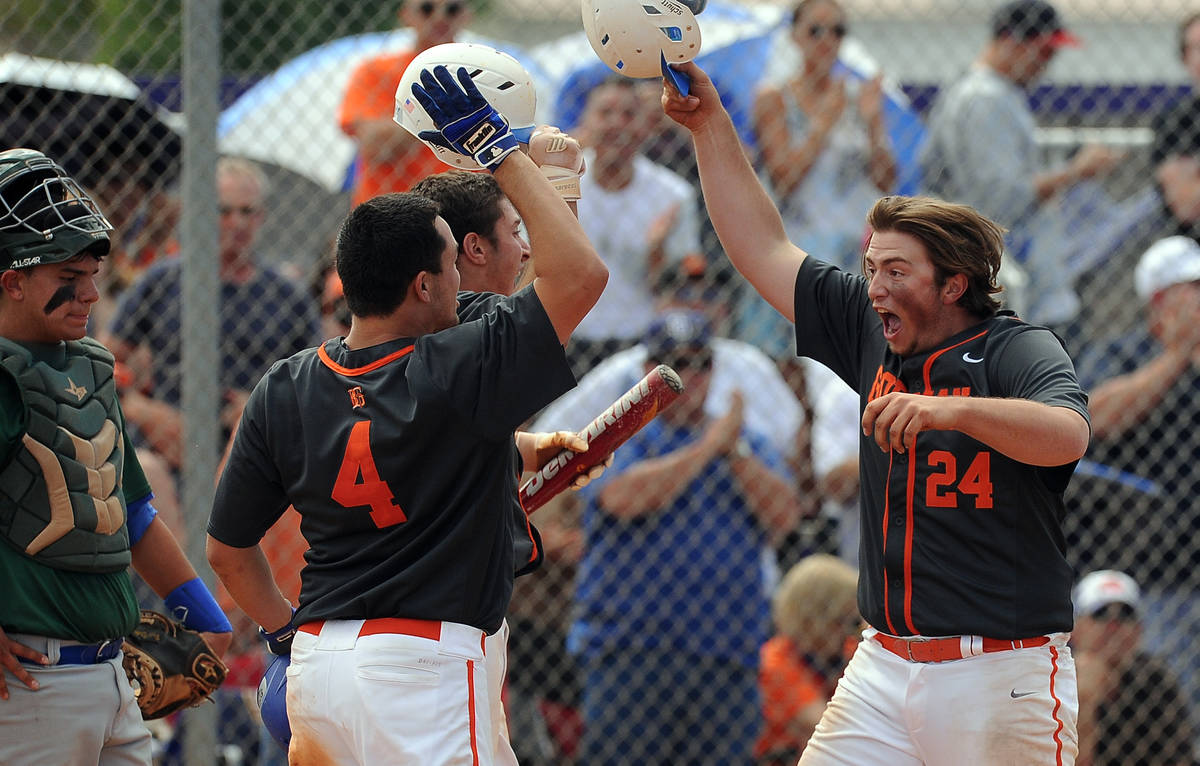 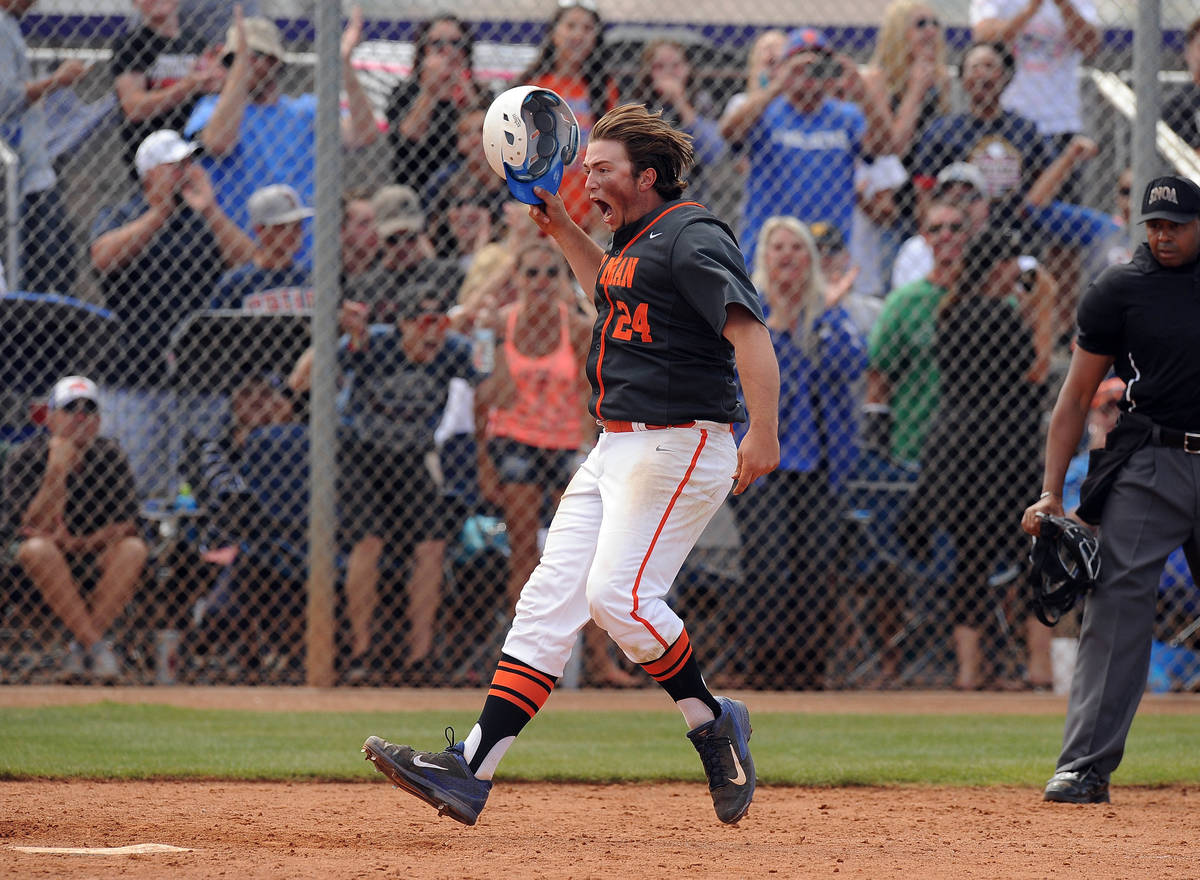 Sixth in a series: Here are the top five high school state baseball championship games from the 2000s, as selected by the Review-Journal staff. Sunday: girls basketball.

Caleb Hansen missed the sign for a suicide squeeze, then lined a single to center field to score Spencer Thatcher with the winning run in the bottom of the seventh inning.

The Panthers jumped to an 11-1 lead after sending 15 batters to the plate in the first inning, but trailed the Knights 17-13 after allowing a 10-run fifth. They rallied with a five-run sixth to retake the lead, only to have Round Mountain tie the score in the seventh.

Tyson Sparrow was 4-for-5 with five RBIs and three runs, and Wade Leavitt and Tyler Higbee combined to go 6-for-7 with eight runs scored. The state title was the Panthers’ fourth straight.

Austin Cram capped a four-run seventh inning with a two-out, two-run homer, and Cadyn Greiner’s solo homer to lead off the ninth was the deciding run for Gorman.

“This team is never out,” Grenier said. “And we showed it again today.”

Green Valley’s Frankie Fitzgerald had limited the Gaels to four hits through six innings, but they got to him in the seventh. Brandon Wulff had a two-run double off the right-field fence to bring Gorman within 5-3.

Zach Grech threw 2 1/3 innings of hitless relief with five strikeouts to get the win.

Green Valley scored four runs in the fifth to break a 1-1 tie. Ty Burger was 3-for-5 with a double and two RBIs for the Gators.

Blanchard gave up three earned runs and struck out four, two days after lasting two innings and allowing eight runs in a 9-7 loss to the Gaels.

“It was redemption for me,” Blanchard said. “I had to come back and help my team out and get this crucial win.”

Blanchard homered in the first, fourth and fifth innings. He was aided by back-to-back diving catches from outfielders Miles Bice and Jackson Cofer in the sixth inning.

In the first game of the day, Coronado jumped on Gorman with a nine-run second inning to take an 11-2 lead.

The Eagles jumped to an 8-0 lead and held on to win their second straight championship.

The Spartans rallied with two runs each in the fourth, fifth and sixth innings. They added one in the seventh, but Jake Hubel got Sheldon Wilkinson to pop up to end the game.

John Rickard’s single with the bases loaded scored Malm with the apparent winning run in the seventh. As Rickard was mobbed at first base, Galena coaches recognized the other two runners never reached the next base, which left force-outs intact.

The Grizzlies tagged third, then second for what eventually was an inning-ending double play after a Galena protest that caused a 45-minute conference.

“I think they made the right call, I really do,” Gorman coach Chris Sheff said. “I was trying to yell to our guys to advance, and things were so loud I couldn’t get their attention.”

Malm got the win despite allowing three runs in the first inning. Gorman pulled within 3-2 with two runs in the sixth and tied the score on Taylor Cole’s single in the seventh.