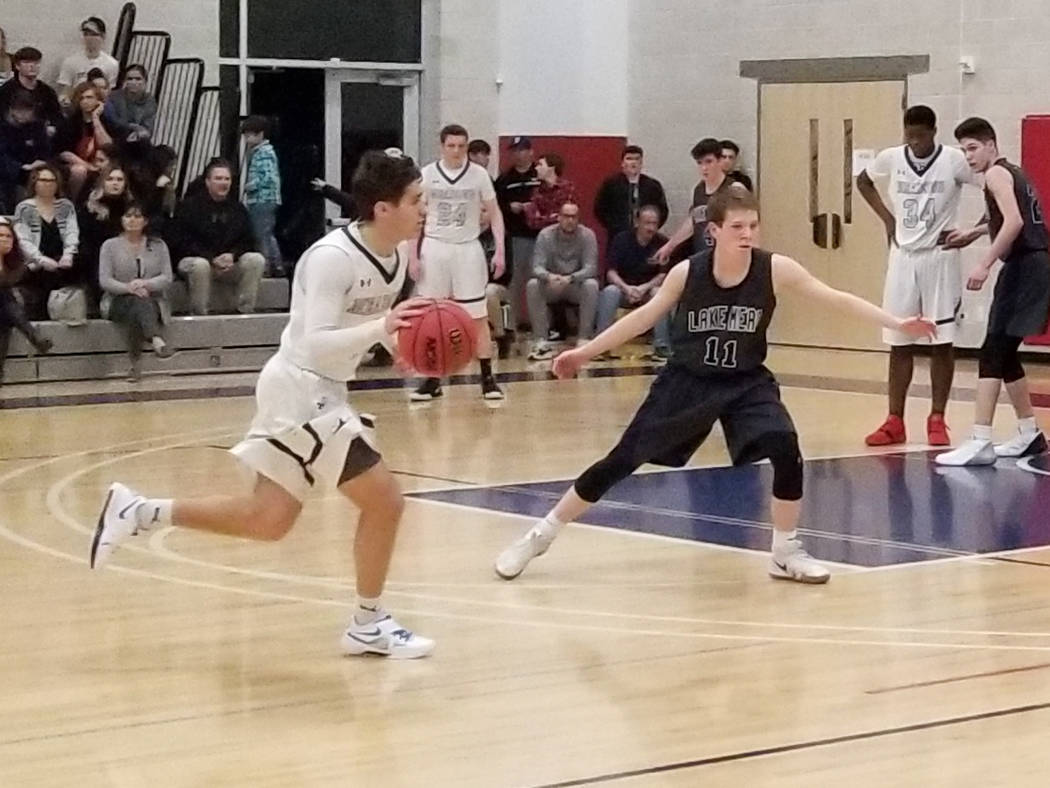 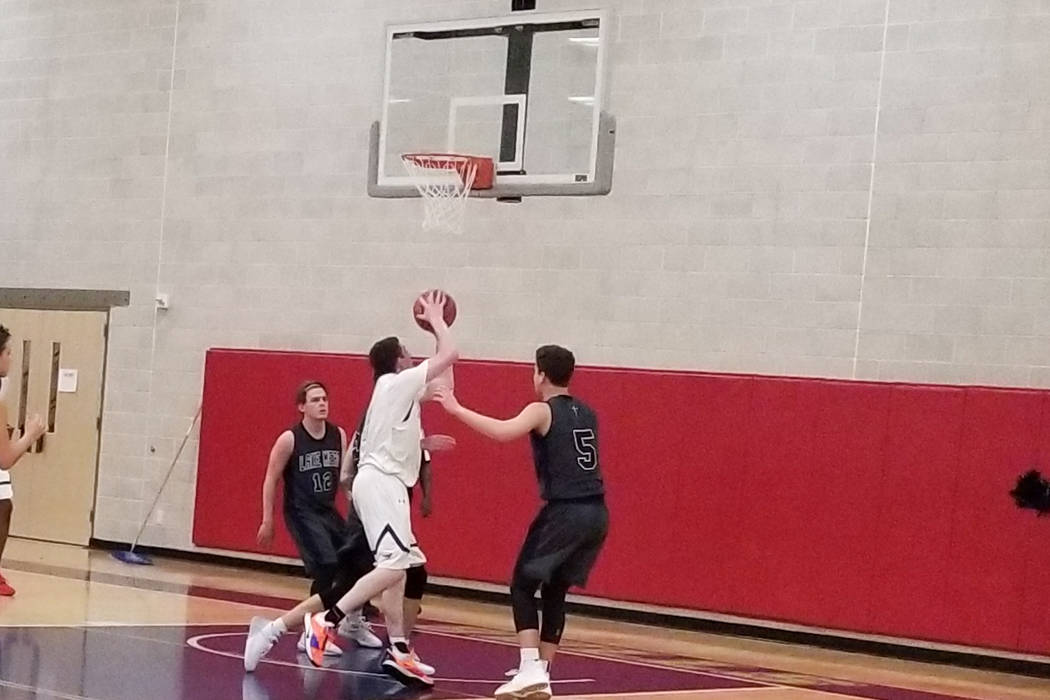 The Meadows’ Joe Epstein drives to the basket during the Class 2A Southern League semifinals at SLAM Academy on Friday, Feb. 22, 2019. (Damon Seiters/Las Vegas Review-Journal) 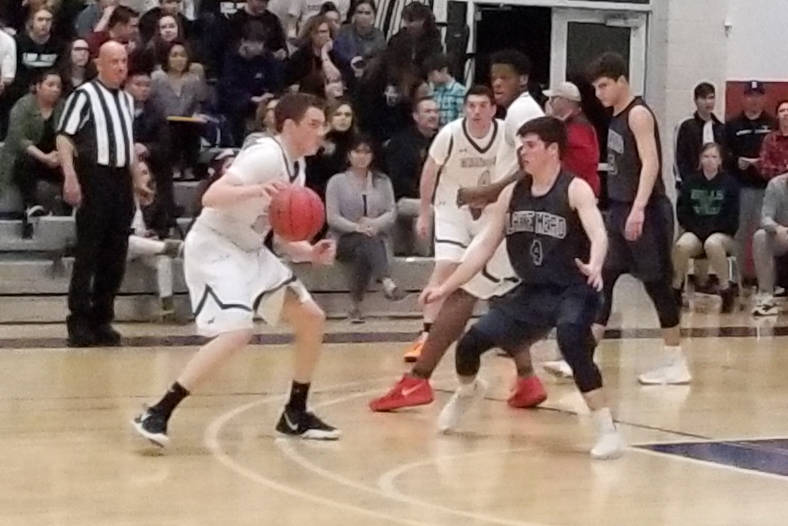 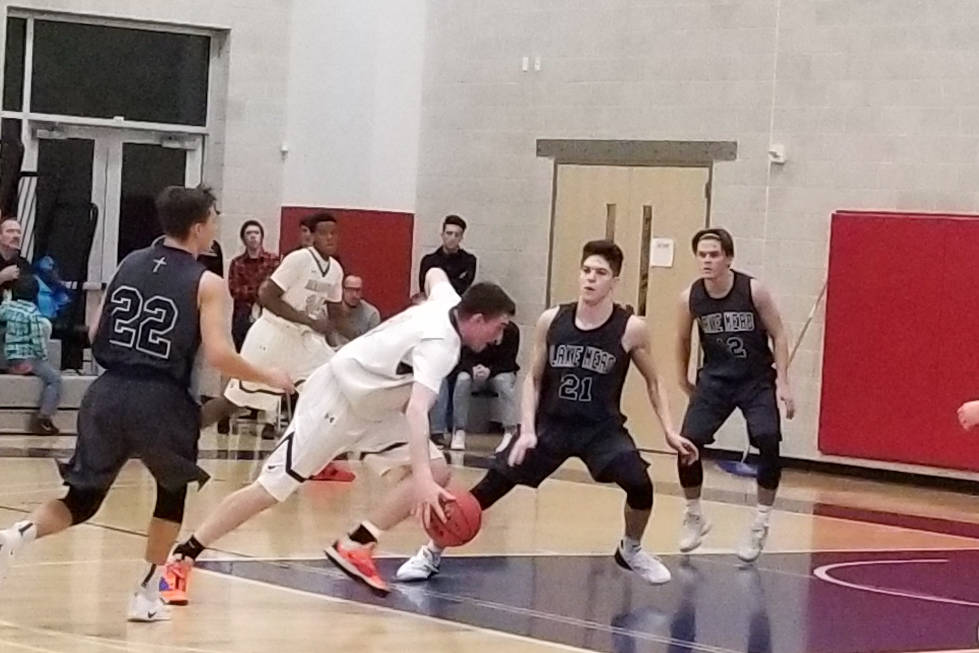 The Meadows’ Joe Epstein drives to the basket during the Class 2A Southern League semifinals at SLAM Academy on Friday, Feb. 22, 2019. (Damon Seiters/Las Vegas Review-Journal)

The Mustangs had no such problems on Friday night.

The Meadows opened the game on a 21-2 run and rolled to a 65-38 victory over Lake Mead in the semifinals of the Class 2A Southern League tournament at SLAM Academy.

The Mustangs (13-9) play Lincoln County (19-7) for the championship at 12:45 p.m. on Saturday at Del Sol. Both teams advance to next week’s state tournament.

Epstein only had one point in the first quarter, but the Mustangs raced to an 18-2 lead behind eight points from Allen Fridman. But Epstein got hot, especially in the second half, when he had 13 of his game-high 18 points.

Fridman added 15 points, and Obinna Ezeanolue scored 10 for The Meadows.

The Mustangs had only one first-half turnover as they set the tone early.

“We’ve been talking all week about playing under control, playing smart,” Lang said. “Our Achilles’ heel has been turnovers. That’s what’s been keeping teams in the game with us.”

“Points off turnovers are really big for us,” Lang said. “We want our defense to be our offense. If our defense is our offense, we never have to worry about running a play.”

The 6-foot-6-inch Ezeanolue had nine of his 10 rebounds in the first half.

“There’s nobody else bigger in the league, so if he plays physical and dominates the boards for us, we’re hard to beat,” Lang said.

Donte Bristol and Colson Madruga each had 13 points for the Eagles (14-8).

Lincoln County 52, Adelson School 41 — Cody Zile had 16 points and 19 rebounds to lead the Lynx past the Lions in the other semifinal.

Noah Smith added 13 points, 13 rebounds and a blocked shot for the Lynx, who held a 46-26 rebound advantage.

Ore Inbar had 16 points and five rebounds to lead the Lions (11-6), who trailed by as many as 16 in the third quarter. Noah Stanigar had 10 points and nine rebounds, and Dale Weiford scored 11 for Adelson School.