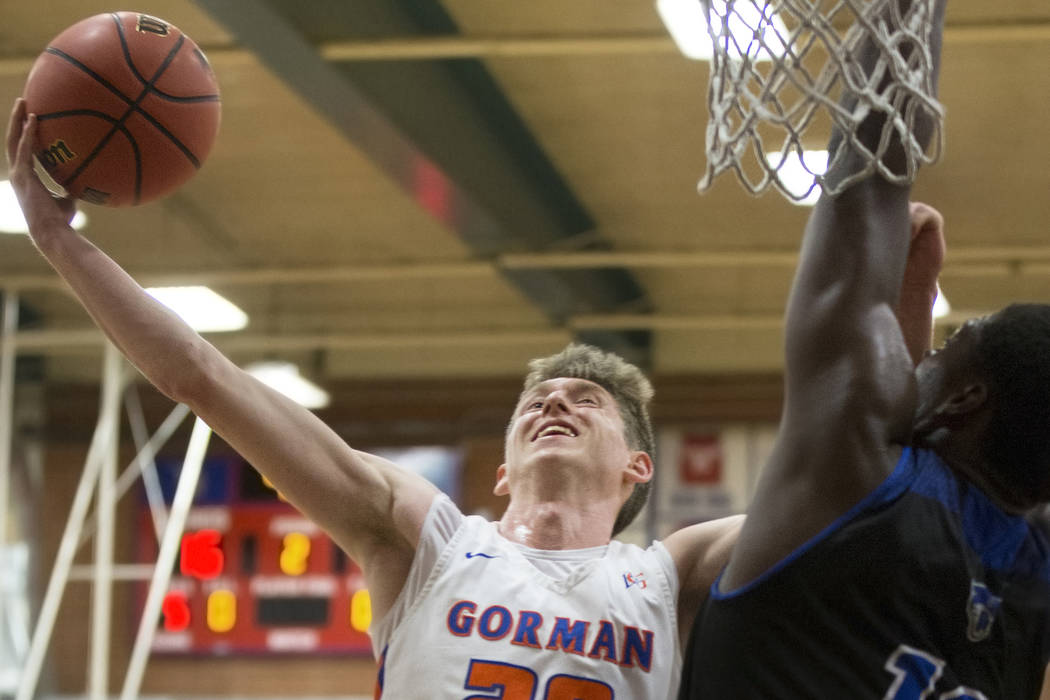 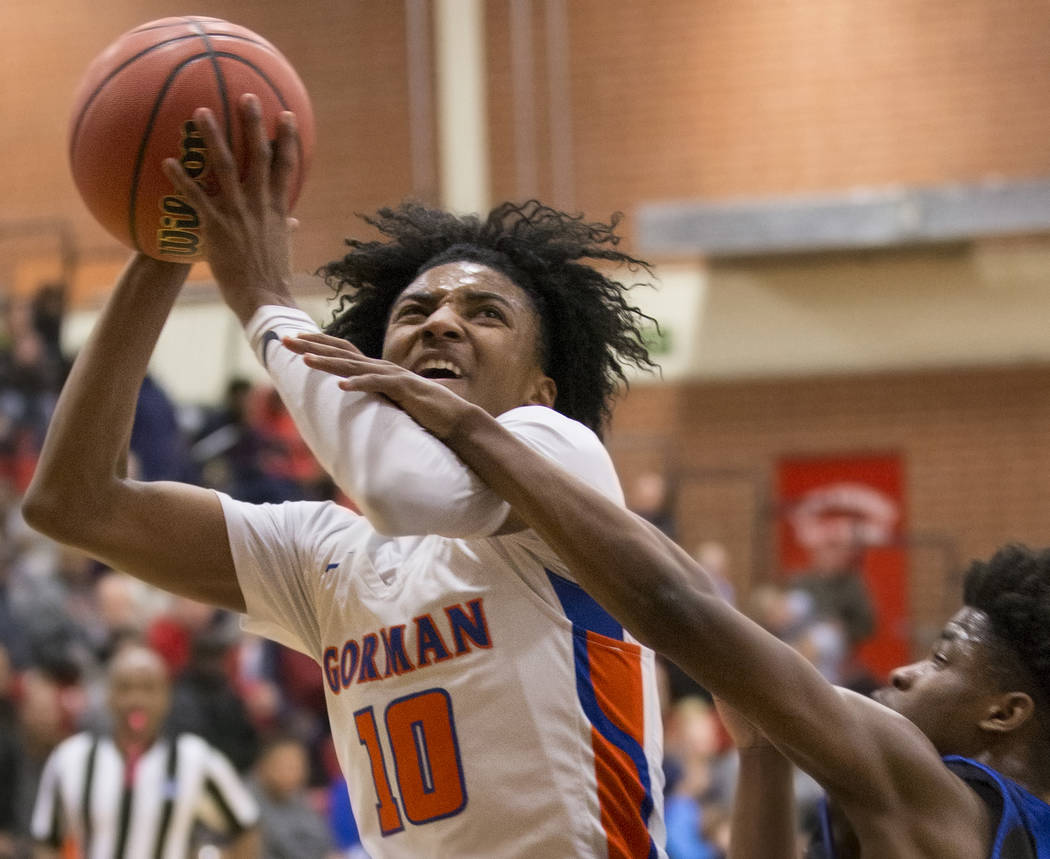 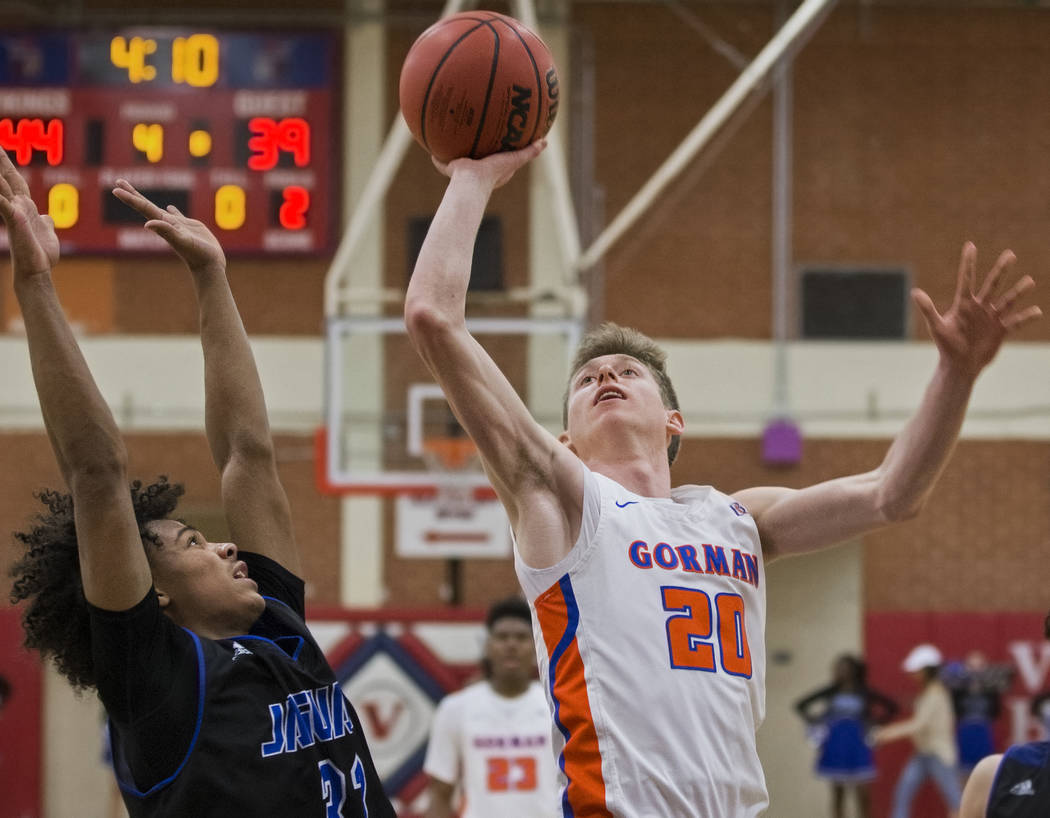 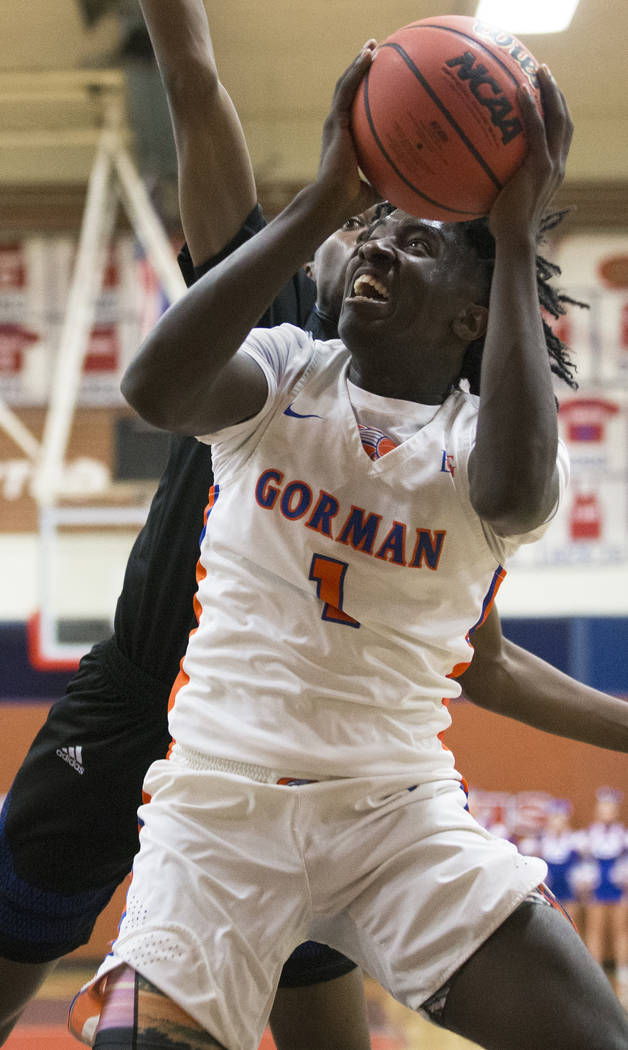 No problem — in theory — for eight-time defending Class 4A state basketball champion Bishop Gorman, which finished last season in New York at the GEICO Nationals and opens the season again as the team to beat in Nevada.

Cottrell, a 6-foot-10-inch senior power forward and West Virginia recruit, left before the school year for Huntington Prep (West Virginia). And Allen, a 6-8 sophomore slated to replace him inside, left the program last month for Heritage Christian in California.

Still, the Gaels boast a deep pool of talent worthy of USA Today’s preseason No. 17 national ranking. A talent pool that starts with one of the country’s best collection of guards.

Junior four-star prospects Zaon Collins and Will McClendon return with a drove of high-major scholarship offers. Stanford signee and senior guard Noah Taitz led the team in scoring last season with 15.6 points per game and is among the state’s most clutch performers.

Senior forward Mwani Wilkinson is perhaps the state’s best athlete and emerged during the summer as a high-major prospect. He can play on the perimeter, but will also help fill the interior void with his rebounding and finishing. Senior wing Braden Lamar and junior guard Jonathan Braggs were in the rotation last season and probably will see an uptick in minutes. Longtime coach Grant Rice will undoubtedly cultivate team chemistry.

The Gaels had relied on Cottrell and Allen for production in the paint on both ends of the floor last season but will be more perimeter oriented this year. But they still have the talent and track record to secure a ninth consecutive state title and compete on the national stage.

Here are five more local players and teams to watch that will try to take them down.

The 6-5 junior guard is among the country’s best pure scorers and averaged 25.6 points, 8.6 rebounds and 7.3 assists last season. He’s a consensus five-star recruit ranked No. 5 in his class by ESPN and has scholarship offers from Kentucky, Arizona and Memphis, among others.

The 6-7 senior wing led the Las Vegas Valley in scoring last season, logging 26.3 points per game. He’s a four-star recruit ranked No. 71 in his class by ESPN and a consistent three-level scorer with a smooth stroke from deep and the size and strength to get to the basket. He signed with Gonzaga this month.

The 6-3 senior combo guard averaged 15.2 points, 3.1 rebounds and 3.7 assists and helped the Aggies reach the Class 4A state tournament last season. He can create offense for himself and his teammates and is signed with UNLV.

The 6-1 senior point guard scored 22.4 points per game for the Trailblazers and added 3.6 assists and 3.0 steals last season. He’s a three-year starter and one of the top unsigned point guards on the West Coast.

The 6-3 senior defies conventional positional placement, boasting the power of a post player and the skills of a guard. He averaged 22.3 points and 9.1 rebounds last season and is one of the most prolific leapers in Las Vegas.

Hardy is back, along with senior wing Felix Reeves and senior forward Tyrelle Hunt. Five-star sophomore point guard Richard Isaacs Jr. left for Wasatch Academy in Utah, but fundamentally sound four-star sophomore forward Jaxon Kohler has transferred from Wasatch to Coronado and will man the middle. Fellow transfers Dallas Rider and Calvin Schmeling are also poised to make an impact.

Sophomore and reigning Northeast League MVP Milos Uzan returns as one of the top point guard prospects on the West Coast. He’s flanked by two junior wings and Division I prospects in Dayshawn Wiley and Anthony Swift, who is eligible after transferring from Durango and sitting out last season. Senior football standout Darnell Washington is one of area’s top post players, and junior guard Cimarron Conriquez provides perimeter shooting.

Strawther returns for his final season and is joined on the perimeter by junior Kobe Stroughter, a speedy, scoring guard who doubles as one of the area’s top floor generals. Sophomore post Josh Jefferson joins junior football standout Moliki Matavao on the interior. Dante Davis and Lorenzo Abellar space the floor as 3-point threats.

Former Clark coach Chad Beeten takes over for DeShawn Henry, now the director of basketball operations at UNLV. And Beeten will have plenty to work with at Durango. Hunter teams with junior UNLV commit Keshon Gilbert to form one of the valley’s most formidable backcourts. Gilbert’s brother, Kendrick, a senior forward, averaged 13.2 points and 5.3 rebounds last season. Sterling Knox and Sebastian Mack are among the area’s top freshmen.

The Aggies reached the state tournament last season for the first time in program history and return key contributors, including Yap. Senior Larry Holmes joins him in the backcourt and averaged 11.5 points last season. Big man Jaylon Lee is back for his senior season after averaging 4.5 points and 6.9 rebounds last season.