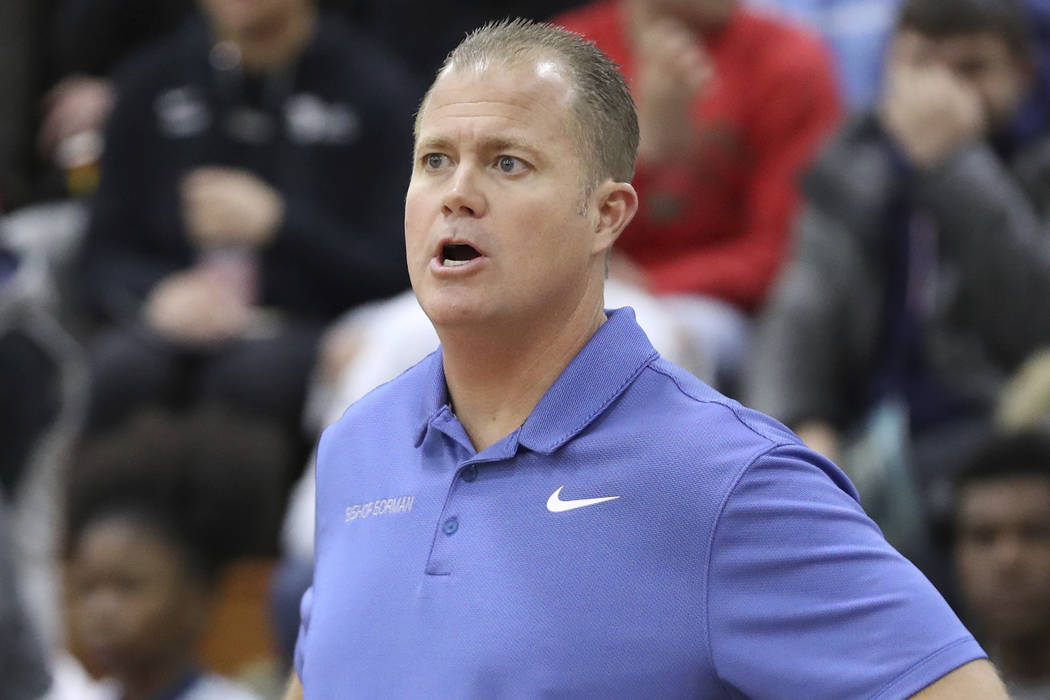 For a brief moment early in the second half, it appeared Bishop Gorman was on its way to a third straight Tarkanian Classic championship.

The Gaels had rallied from 11 down with a 15-3 run to take a one-point lead over Corona Centennial (California), but the Huskies got a layup off a steal and a 3-pointer from tournament MVP Paris Dawson that sparked them to a seven-point lead less than two minutes later.

Corona Centennial only pulled away from there for a 71-55 win to close out an impressive four-day run and claim the title.

“They beat three top-25 teams in four days, and they beat Coronado, which is a top-50 team,” Gorman coach Grant Rice said. “So think about the run that Corona Centennial just made. That’s big-time basketball they just played. We ran out of gas, but that’s a good team we played.”

Gorman was 5-for-21 shooting in the first half, and point guard Zaon Collins picked up three fouls as Corona Centennial built a 29-18 lead.

“That hurt us, Zaon picking up the third foul on the charge, and it was the right call,” Rice said. “He should’ve gotten to the rim, but Corona Centennial took three or four charges in the first half. They’re a fundamental team, and they’re playing at a high level right now.”

Bishop Gorman’s Will McClendon scored 17 points and was named to the all-tournament team. His back-to-back 3-pointers early in the second half helped the Gaels get on a run that eventually put them on top.

But the Huskies took advantage of every opportunity they had to run, whether it came off a Gorman turnover or a long rebound off a missed 3-point try. The Gaels finished 3-for-23 from 3-point range. Mwani Williamson had 13 points and 15 rebounds for the Gaels.

Rice said as a coach he wants to win every game, but his responsibilities are greater this week each year.

“I have a dual role as coach and tournament director, and the Tarkanian Classic has been a great week for everyone,” Rice said. “We had 150 boys teams and 50 girls teams that came to town, and we’ve heard nothing but positive things.”