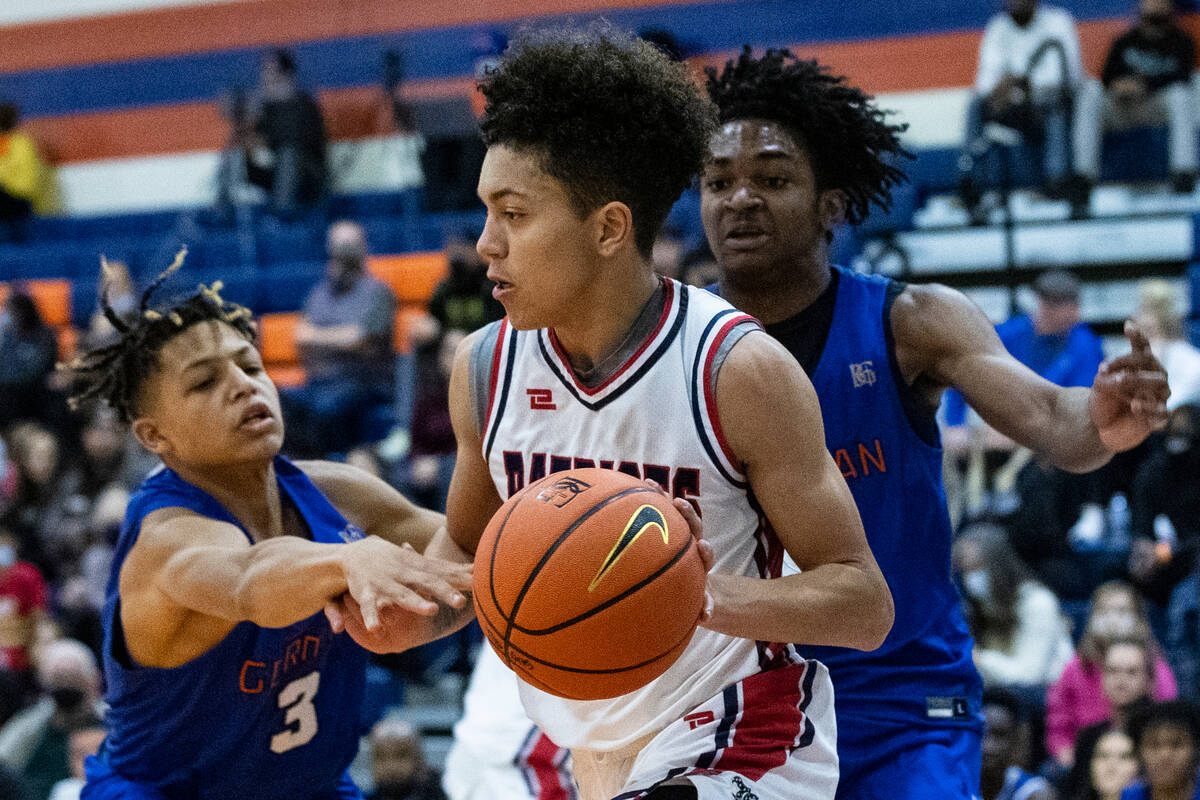 Their fifth meeting went down to the wire, but the Patriots prevailed in overtime 63-62 to end the Gaels’ streak of nine straight championships.

“We have a lot of players coming back from last year, but it’s going to be a new look,” Soares said. “We’ve got to play a little bit differently this year. It’s been a little bit of an adjustment, but it’s been fun working with them and seeing the progress they’re making.”

Liberty and Gorman are the favorites in 5A as the high school basketball season in Southern Nevada begins with a full slate of games this week.

Soares expects this year’s Patriots team to be more up-tempo and guard-oriented since they do not have the noticeable advantage inside that they used to wear down opponents last season.

Gorman coach Grant Rice said he likes the mix of youth and experience on this year’s Gaels team. He also likes their depth and believes he can receive contributions from anyone in his 10- to 12-player rotation.

The Gaels won their first game Saturday, beating Bishop O’Dowd 76-57 in Oakland, California. Rice said Gorman’s nonconference schedule is the toughest he’s put together and will get the Gaels ready to try to reclaim the state championship.

“It’s about getting us in a position where we have a chance to get back there, but there are so many good teams,” Rice said. “A lot of local teams have raised their game and talent level.”

There are several other contenders in 5A that will look to challenge Liberty and Gorman.

Spring Valley, last year’s 4A runner-up and Desert League champion, returns with a junior-heavy roster trying to get back to the title game.