If you are having problems accessing today’s e-Edition, please click on this link VIEW E-EDITION
By Bartt Davis Las Vegas Review-Journal
February 6, 2019 - 9:49 pm 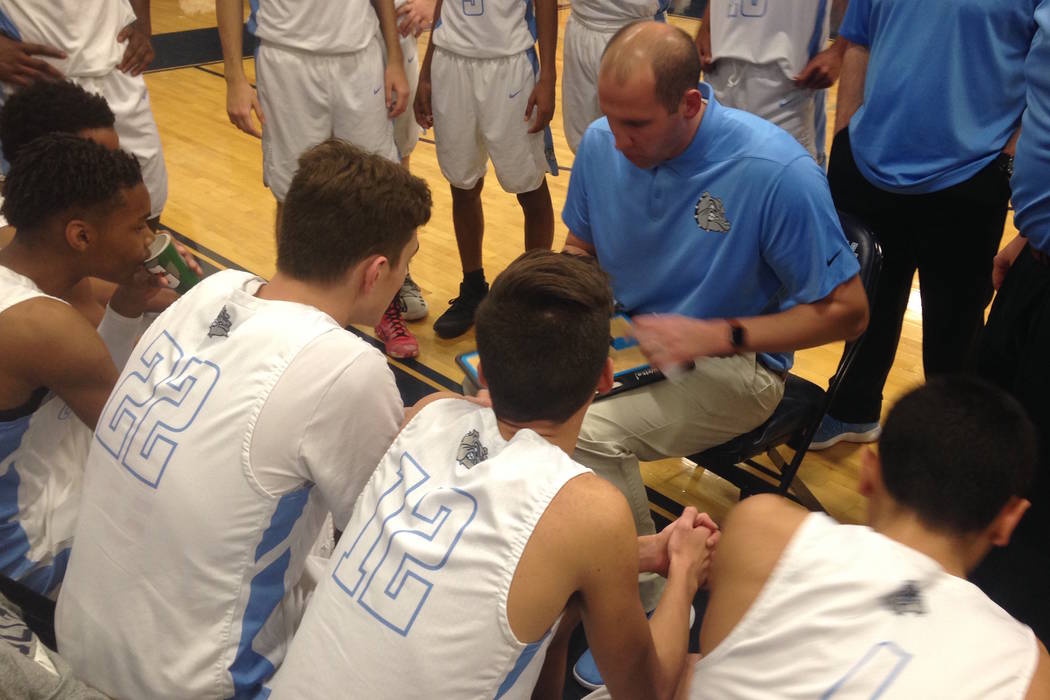 Centennial coach Noah Hartsock draws up a play during a timeout in the first quarter of Centennial’s 68-57 win over Arbor View on Wednesday. (Bartt Davis/Las Vegas Review-Journal) 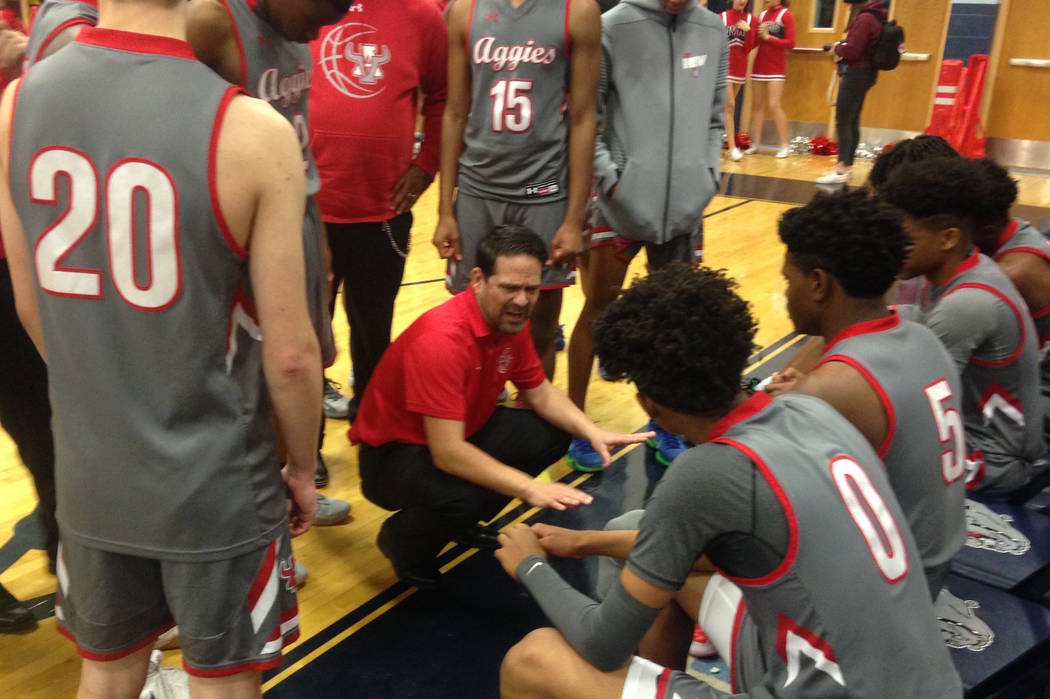 Centennial’s boys basketball team needed a lot of help Wednesday in order to finish second in the Northwest League.

Centennial led for all but the opening 15 seconds en route to a 68-57 win over Arbor View in both teams’ final tuneup before the playoffs.

The triad of good fortune allowed the Bulldogs (16-9, 8-4) to win a tiebreaker with Faith Lutheran for the league’s No. 2 seed and a double-bye in the Mountain Region tournament.

“The huge part of it was just getting some momentum going into the playoffs,” said Centennial coach Noah Hartsock, whose team had lost four of its previous seven games. “This was big for us to be able to get confidence back. We hope this is a right step for the playoffs.”

A 9-0 run, keyed by 3-pointers from Jairus Dickson and Marqis Turner, midway through the first quarter allowed the Bulldogs to build a 16-5 lead, and the Aggies (20-7, 10-2) never cut the deficit to less than seven points the rest of the way.

Centennial didn’t allow Arbor View to get inside for easy baskets early in the game, instead forcing the Aggies to bomb away from the perimeter. Arbor View made 2 of 11 3-pointers in the first half (18.2 percent).

“They’re such a good team,” Hartsock said. “They can shoot well, and they can drive well. We tried to eliminate one of them, and the guys did a good job of that tonight.”

Dickson finished with 17 points and 11 rebounds for Centennial.

“He is just a tremendous athlete,” Hartsock said. “He does a lot of different things and sometimes just surprises you.”

Savio Rivera had 18 points for the Bulldogs, who will host a region quarterfinal on Feb. 15.

Donovan Yap and Favor Chukwukelu each had 13 points for Arbor View, which secured the league title on Monday. Larry Holmes scored all 11 of his points in the fourth quarter for the Aggies, who also got 16 rebounds from Jaylon Lee.