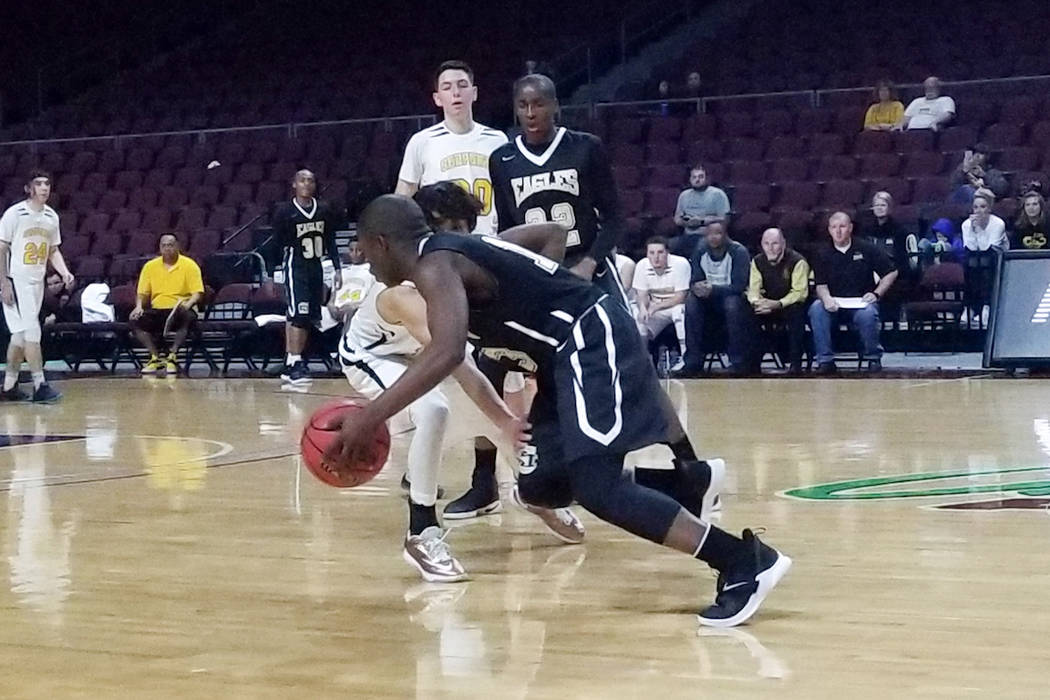 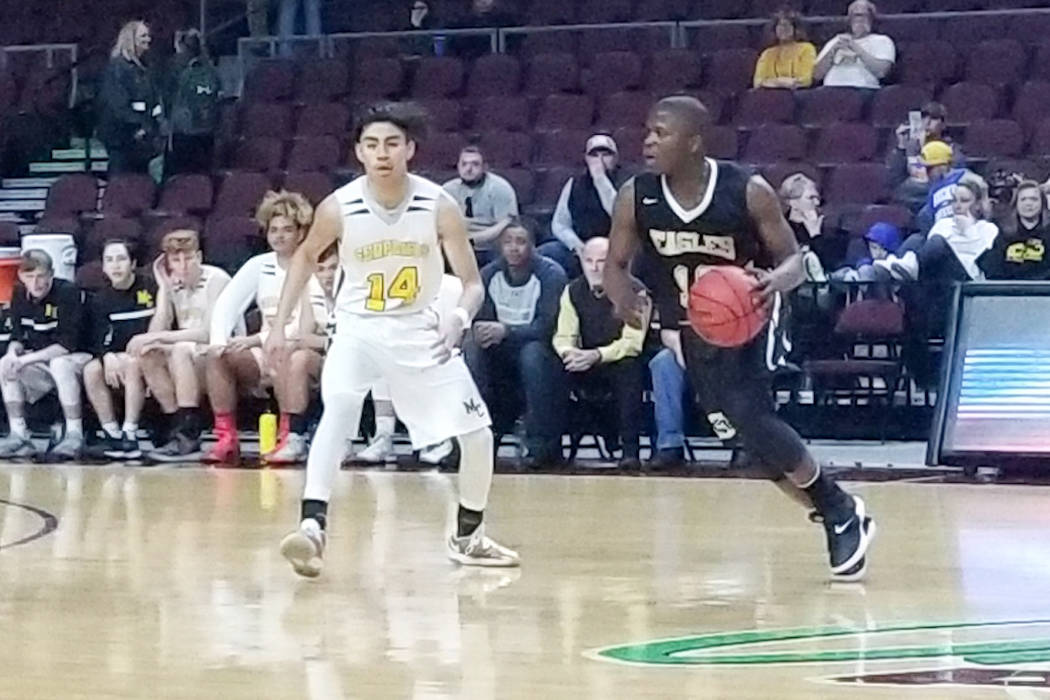 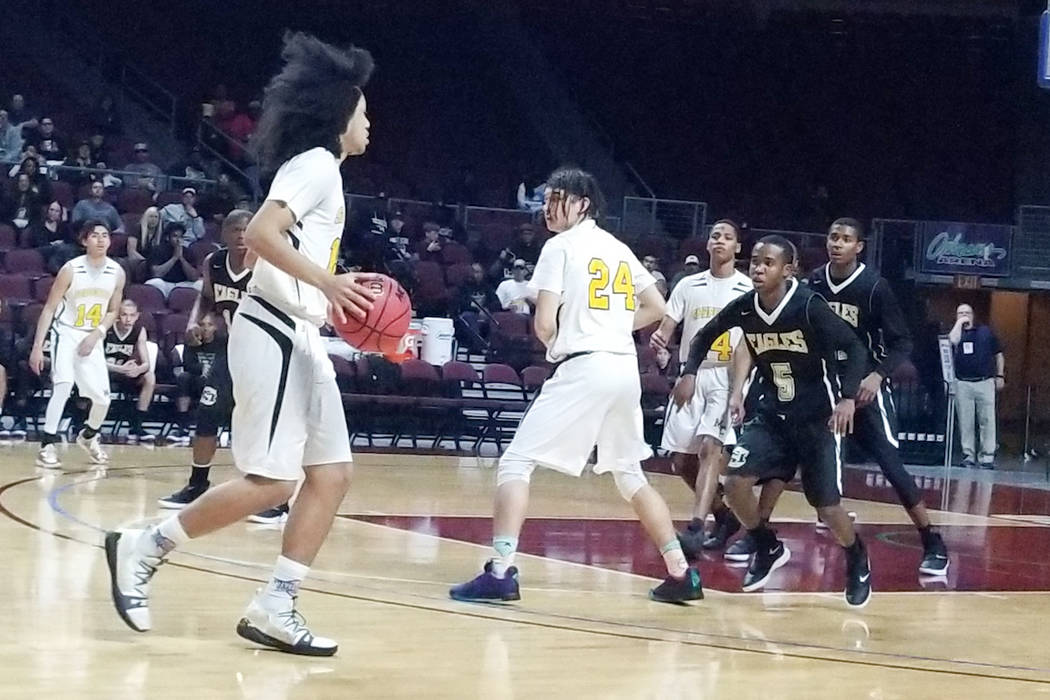 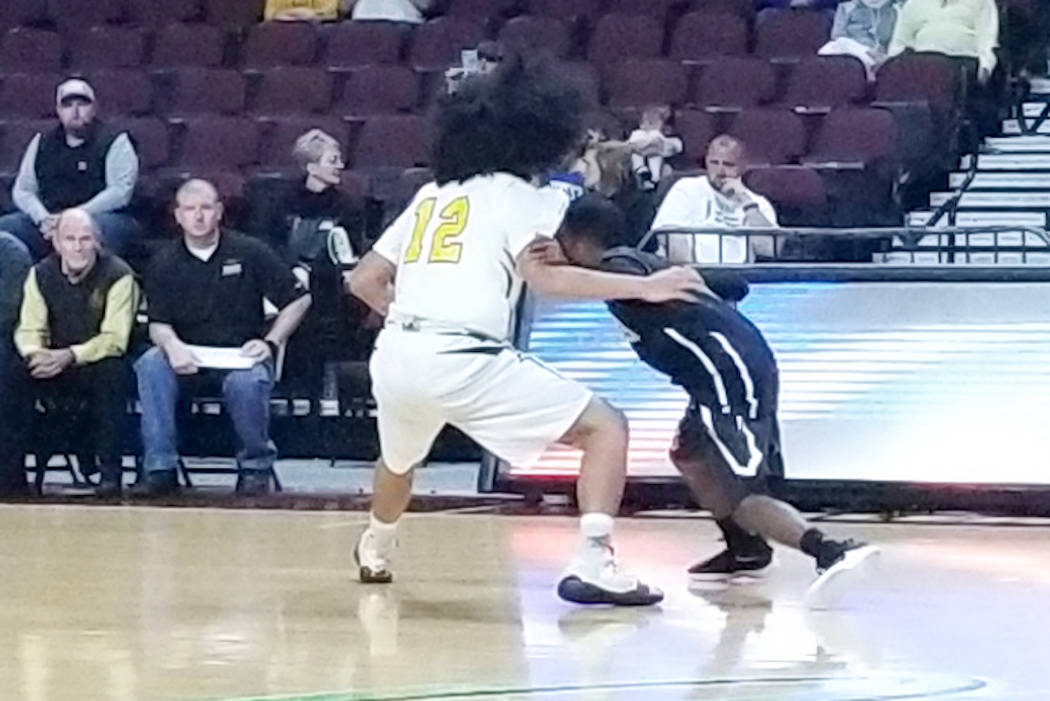 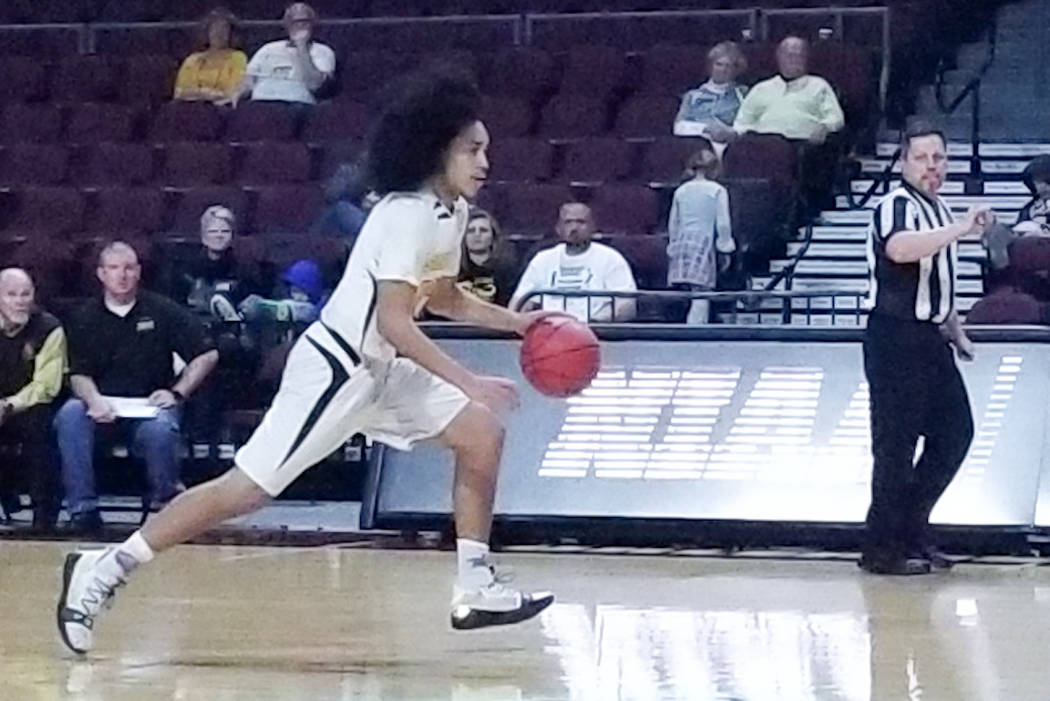 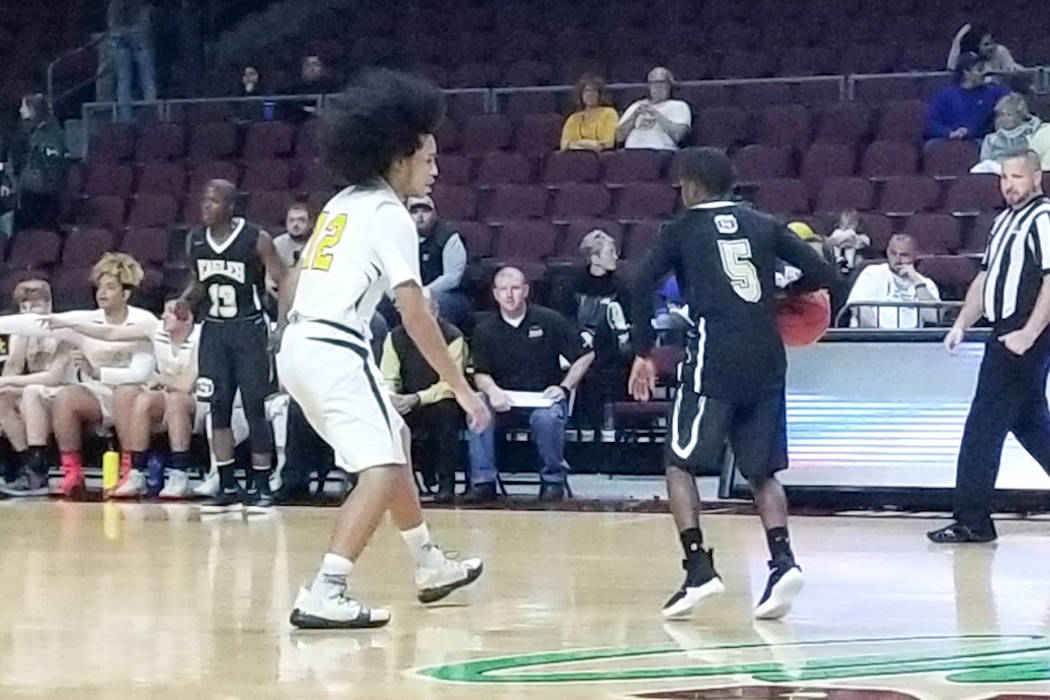 Spring Mountain was able to knock off Mineral County for the 2018 boys basketball championship.

There would be no repeat performance.

Seth Bozzi scored all 17 of his points in the second half to lead the Serpents to a 62-38 victory over the Golden Eagles in the Class 1A state title game at Orleans Arena on Saturday.

“The better team was Mineral County today,” Spring Mountain coach Asad Ali said. “They had a good year, as well. We were hoping to give them more competition at the end, but we kind of ran out of gas and lost focus.”

Spring Mountain was step-for-step with the Serpents in the first half before Bozzi provided a spark. He was 7-for-8 from the field in the second half, and scored 11 points in the third quarter as Mineral County extended its 24-23 halftime lead to 48-32.

“We started struggling,” Ali said. “Shots weren’t falling, and guys were kind of being impatient. It showed with the lack of experience.”

Josiah Johnson had 17 points to lead Spring Mountain (14-9), but had just one basket after halftime. Robert Arceneaux added 10 points and six rebounds for the Golden Eagles.

“We had a lot of young guys who never really played the game,”’ Ali said. “It’s a lot of detailed things going over and over, repeating constantly. These guys have worked hard.”

Sophomore Perla Gutierrez scored 21 points as Mineral County held on for a 40-35 win over Eureka in the Class 1A girls title game.

Gracie Garrett scored 16 points, 12 in the fourth quarter, to lead the Vandals.