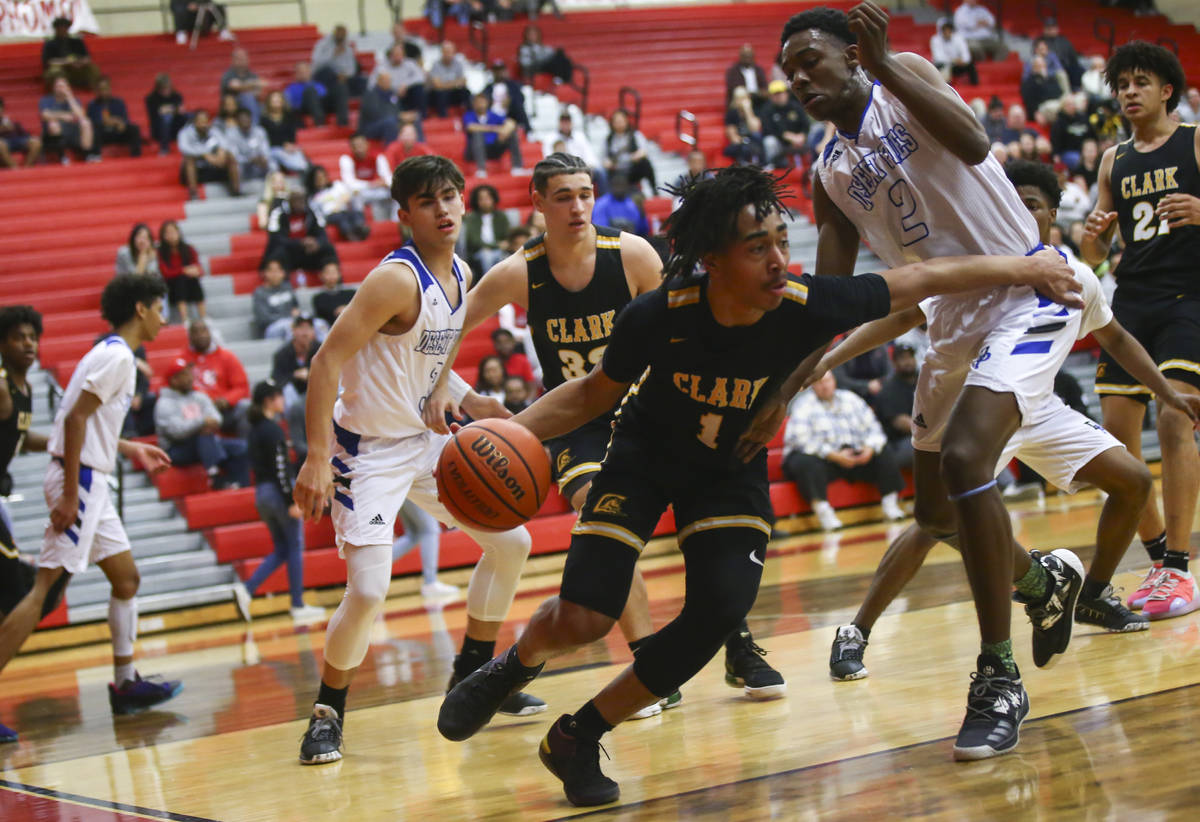 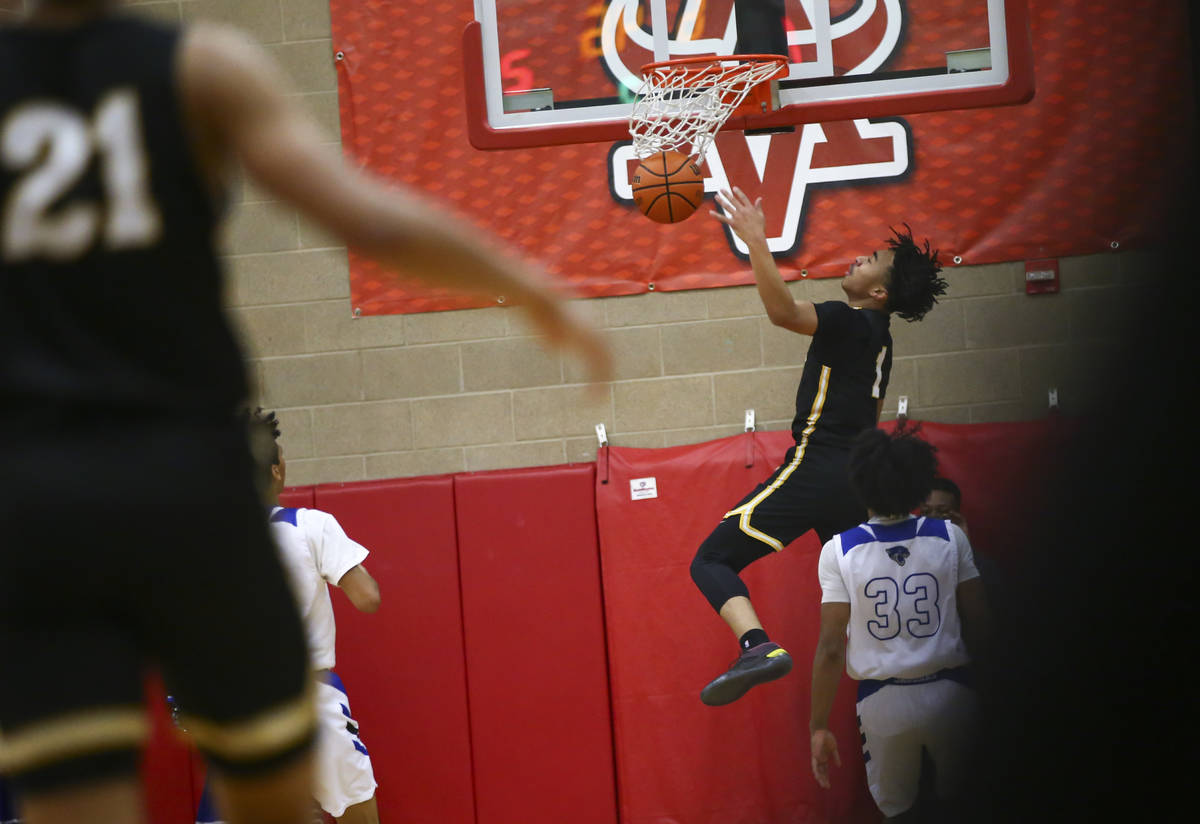 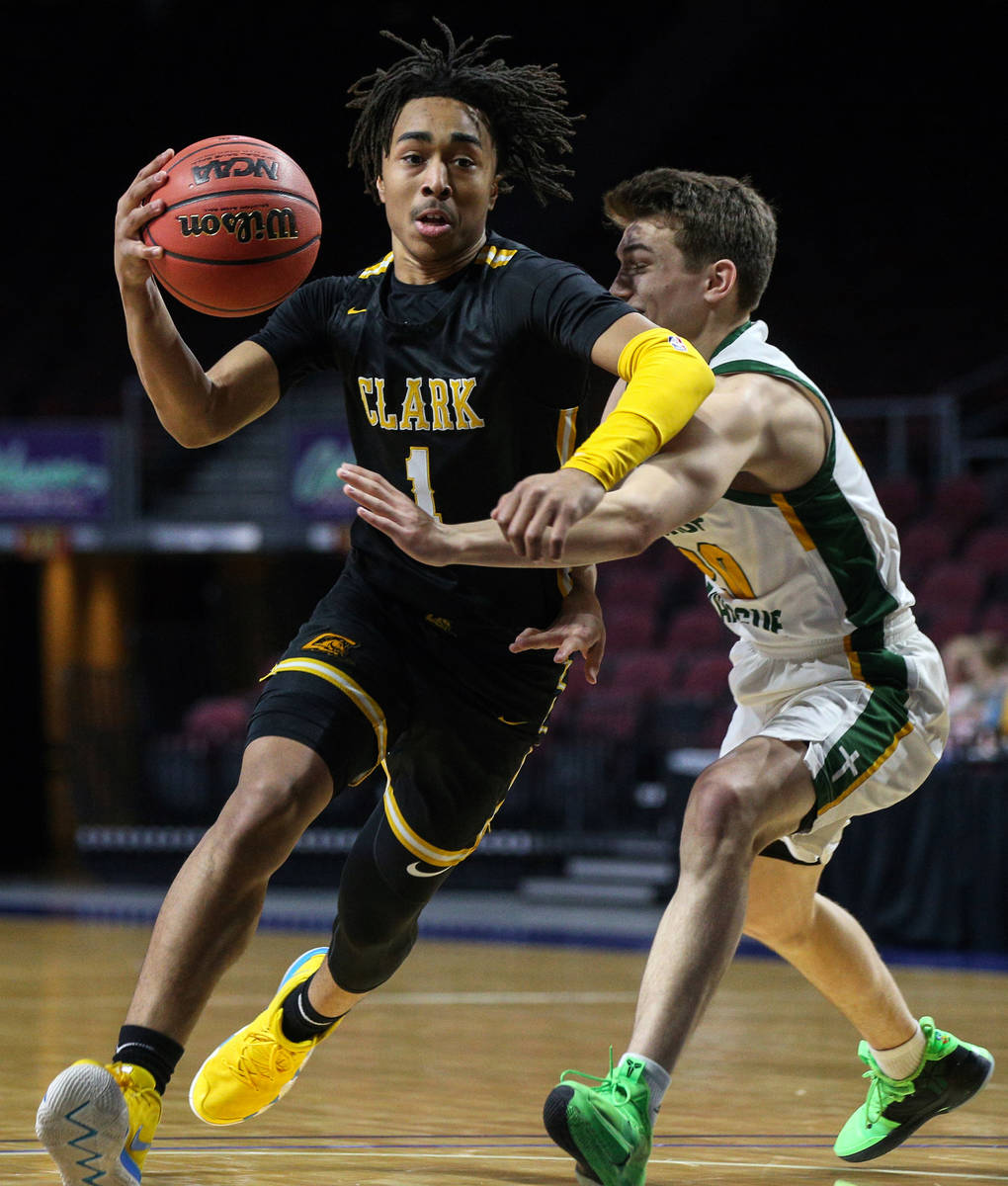 Clark's Frankie Collins (1) runs with the ball while being guarded by Bishop Manogue's Cort Ballinger (20) during the first half of a Class 4A state boys basketball semifinal game at the Orleans Arena in Las Vegas, Thursday, Feb. 28, 2019. (Caroline Brehman/Las Vegas Review-Journal) @carolinebrehman 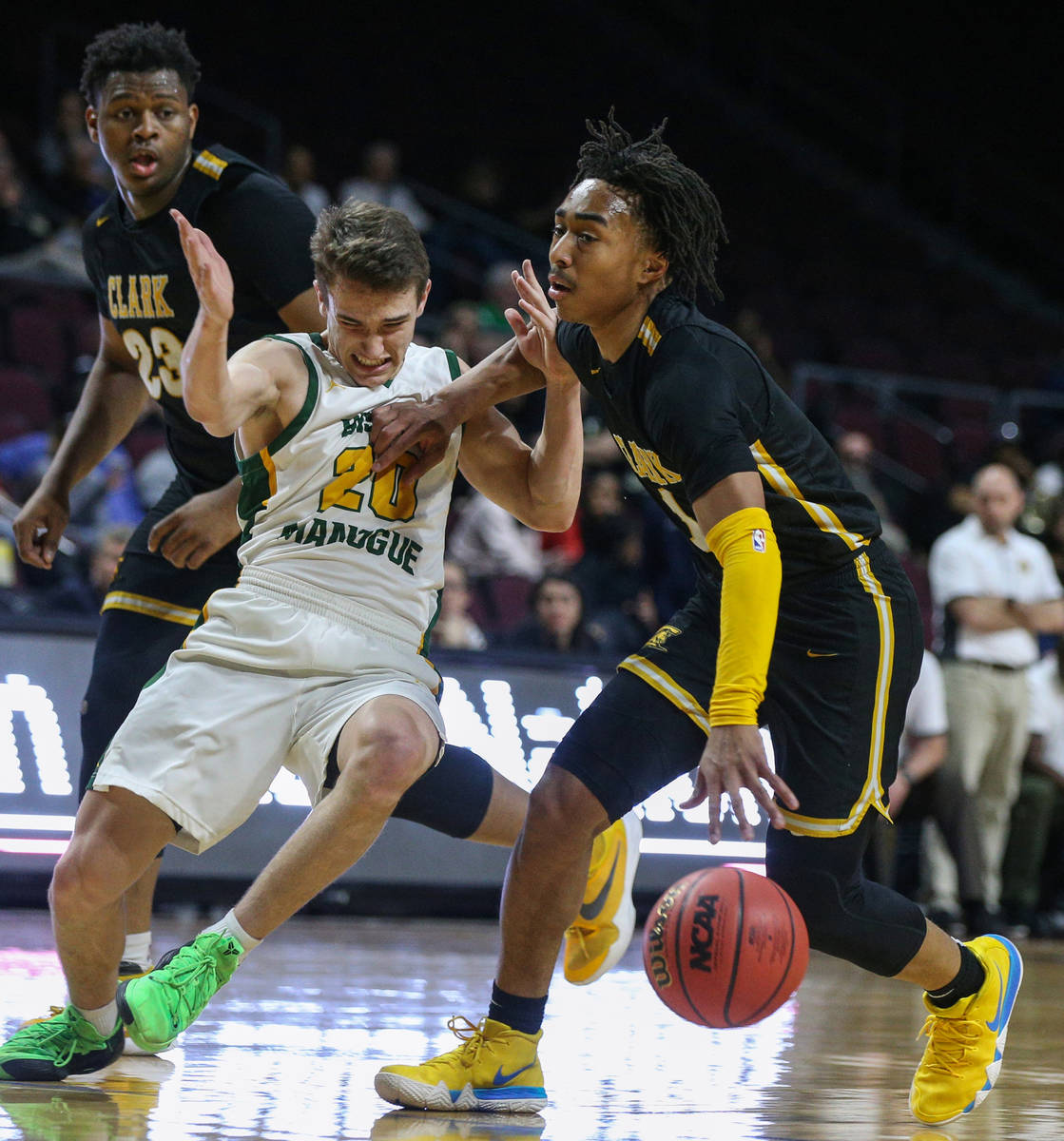 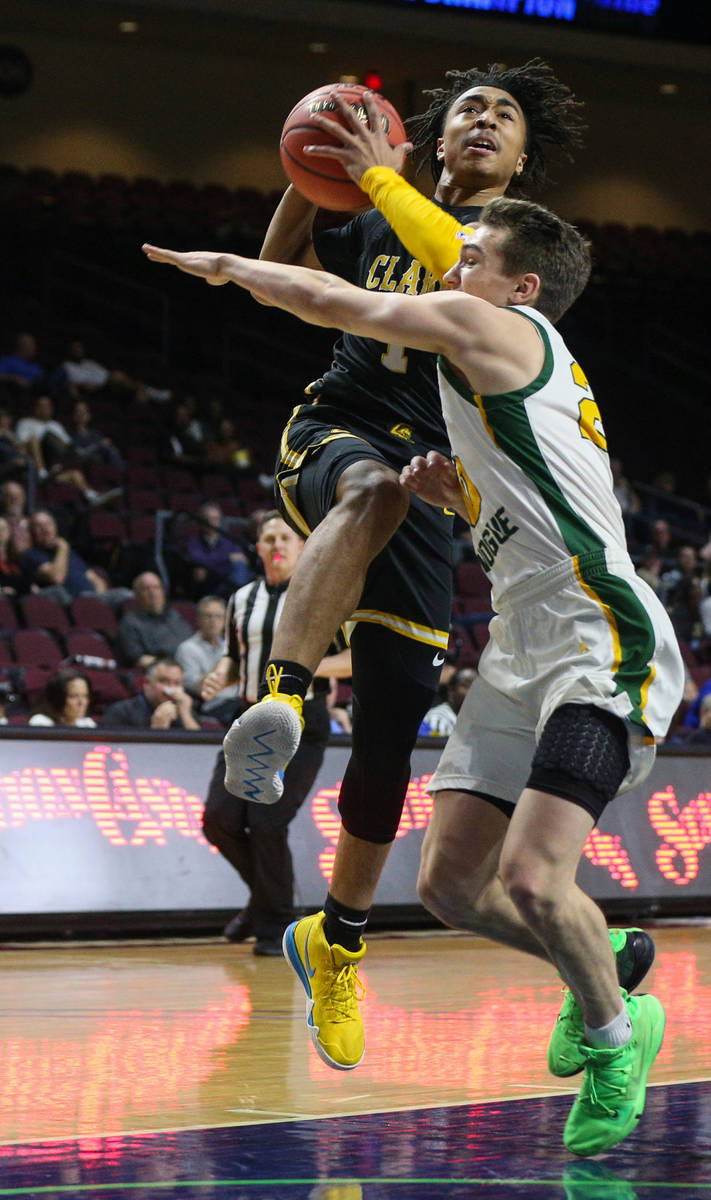 Clark's Frankie Collins (1) jumps up to take a shot while being guarded by Bishop Manogue's Cort Ballinger (20) during the first half of a Class 4A state boys basketball semifinal game at the Orleans Arena in Las Vegas, Thursday, Feb. 28, 2019. (Caroline Brehman/Las Vegas Review-Journal) @carolinebrehman

“First and foremost, Michigan is getting a kid that loves the game,” Coronado coach Jeff Kaufman said. “He is a tireless worker who will give 100 percent if he’s playing in a game, pickup, outside on the blacktop, practice — wherever he is.”

Collins, a 6-foot-1-inch senior who is a four-star recruit ranked No. 69 nationally for the class of 2021 by Rivals.com, chose Michigan over a group that included Arizona, Arizona State, Auburn, Georgetown, Kansas, Oklahoma, Texas Christian, UNLV and Southern California, among others.

He joins a Michigan recruiting class that is ranked fifth in the nation by Rivals.com. The Wolverines also have commitments from four-star wings Kobe Bufkin and Isaiah Barnes and three-star power forward Will Tschetter.

Collins played at Clark High his freshman and sophomore seasons, helping the Chargers to the Class 4A state championship game in 2019. He transferred to AZ Prep in Chandler, Arizona, for his junior year and has returned to Las Vegas for his seniors year and will play at Coronado.

“He’s so fundamentally sound, and his athleticism just makes him better with the things he does,” Kaufman said. “He’s a great shooter, a great passer, and he’s matured to where he’s realized that when his teammates shine, he shines.”